Most brides-to-be will tell you of the excitement and sheer weight of expectation that’s placed upon finding the right dress for their big day.

Some brides can spend days, weeks, months fretting during the search for the dress that best appeals to the dream of their wedding. In the end, virtually all eventually find the dress they’re looking for, but that doesn’t mean it’s an easy task.

Fortunately one bride, Serena Stoneberg Lipari, didn’t have to experience the oft-dreaded hunt for her special dress. Why? Well, because she already had one, and it’s been in her family for 72 years … 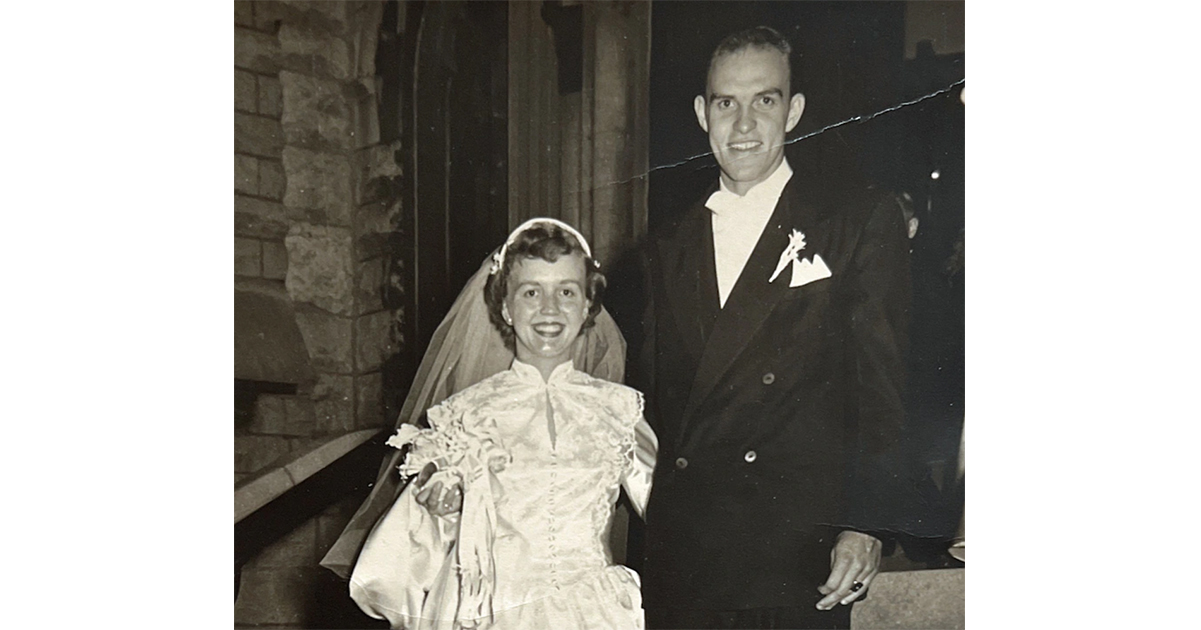 According to the Washington Post, Serena’s grandmother, Adele Larson Stoneberg, found the dress of her dreams, a white satin gown that cost $100, at Marshall Field’s department store in downtown Chicago, all the way back in 1950.

After she had tied the knot, Adele loaned the dress to her two sisters for their weddings. Years later, Adele’s daughter asked if she could use the same dress for her big day, and so did her three nieces.

You could say the dress is fast becoming a proud family heirloom, a garment that binds Stoneberg women of multiple generations.

With that in mind, it’s hardly surprising that Serena, some 72 years after her grandmother’s special day, decided to wear the same dress for her Chicago wedding on August 5.

“There was no question that I would become the eighth bride to wear the dress,” said Serena Stoneberg Lipari, 27https://t.co/cIAholNMq2

As per the Washington Post, Serena, 27, said: “There was no question that I would become the eighth bride to wear the dress.”

Serena’s grandmother Adele is deceased, but Serena was joined for a photo in the church by a number of other family members who had all taken their turn to wear the dress, a long-sleeved gown with a floor-length train, high collar and tiny elegant buttons running down the back.

“When I started to walk down the aisle and thought about my grandmother also wearing the dress, the emotion hit me,” Serena said. “I felt a special connection to her on my wedding day.”

Needless to say, Serena’s wedding was a special occasion indeed, made all the more beautiful by a dress that’s now been worn an incredible eight times.

Adele was the first to don the gown when she married Roy Stoneberg in 1950, beginning a truly wonderful family tradition.

“The dress she settled on was well made and timeless,” said Adele’s sister, Eleanor Larson Milton, 90, who was the maid of honor at the wedding. 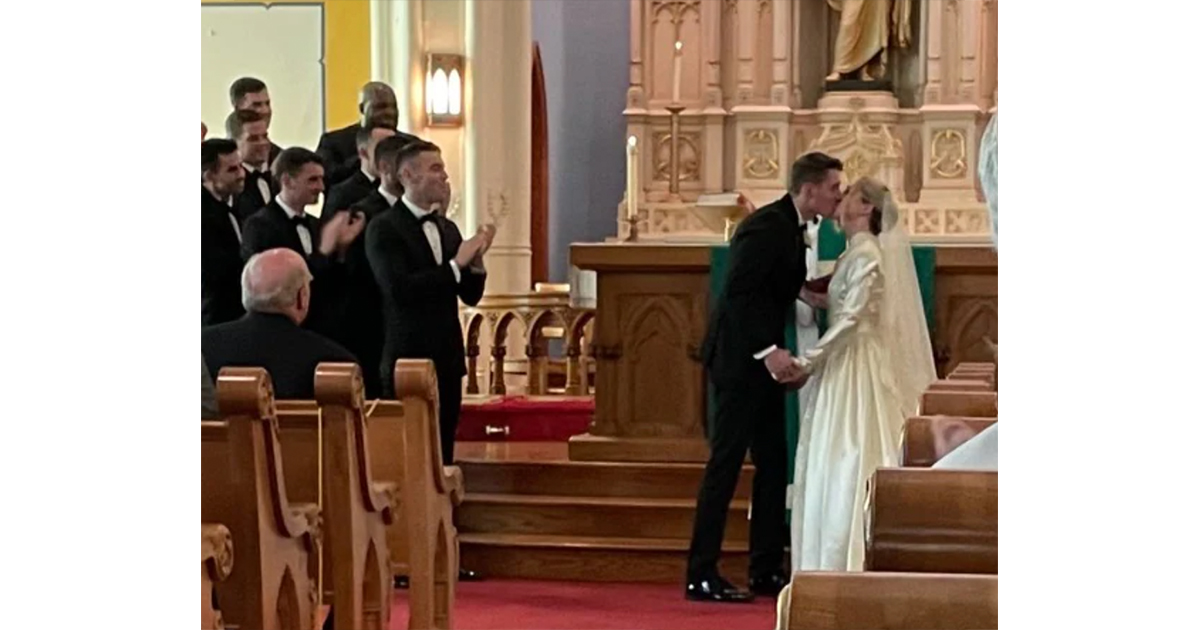 “Everyone who has been married in the dress has had a long-lasting, healthy marriage, so we like to think it brings good luck,” Julie said.

“We hope to continue to preserve the dress — and the tradition — for many weddings to come.”

Sharon Larson Frank has reportedly taken charge of cleaning and caring for the dress so that it might be used by future women in the family.

“I keep it in a sealed box and use a small [mannequin like] form on the top to help the bodice keep its shape,” Sharon said.

What an incredible tradition to have! I don’t know about you, but I think the dress is as stunning today as it was back in 1950.