Not everybody knew the story behind the cheerful old pizza delivery guy Henry. So when unexpected tragedy struck his life again, he was shocked to receive a pizza delivery himself – one that changed his life.

Henry had never imagined that he’d be rolling around the neighborhood on a scooter at his age, but it was the only way he could imagine making things better for his grandson Brian.

Given a choice, Henry would trade his life for his grandchild’s, and live the rest of his life in a wheelchair if he had to – if it meant that Brian could walk and play soccer again. 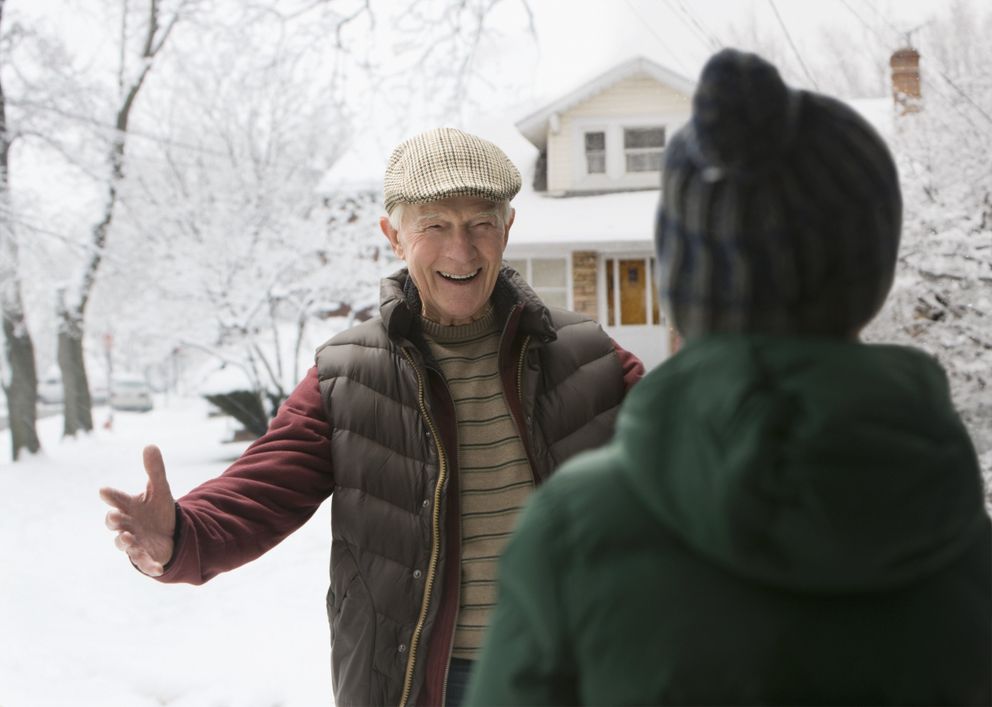 But knowing that he couldn’t change the past, Henry chose to earn and save up for Brian’s treatment. ‘If that means I have to deliver pizza around the neighborhood, so be it,’ he thought.

Henry may not have just been a pizza delivery guy by choice, but he was the most unforgettable one in town. After all, 82-year-olds who delivered you a pizza, remembered your kids’ names, and asked you a new amusing riddle every time were hard to come by.

Of course, some didn’t really care about the story behind the enterprising old man. But most of his customers answered their doors eager for pizza and a conversation with Henry.

Jack was one of those customers. He had a small ad agency office in the town’s commercial plaza, with two employees working for him. Jack believed in simplifying his life by sticking to a routine for most things, including ordering the same Meat Lovers pizza from the Pizza Grub outlet in the neighborhood.

It was a silly habit – but it ended up connecting him with one of the most interesting men he knew in his life — Henry.

“I can’t wait to tell him about the new project I might land. And that hilarious mix-up at my meeting last week…the old man’s going to have such a laugh!”

But today, as Jack watched through the glass walls of his office, waiting for a yellow scooter to roll in, he was in for a disappointment.

For the first time in months, Jack’s pizza was being delivered by an unfamiliar young delivery man. 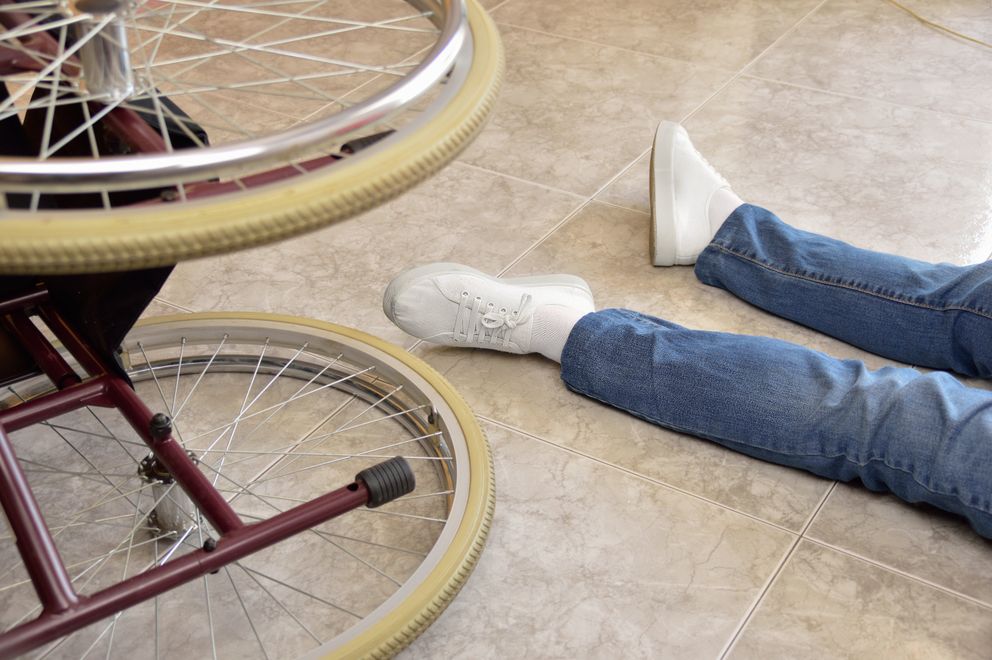 “Thanks. Hey, is Henry not in today?”

“No, he isn’t. Do you know about Henry’s grandson?”

“Right. Brian had a fall from his wheelchair last night.”

The delivery man continued, “I don’t know much, but if Henry has taken a day off, it must have been pretty bad. The man has been ill for the past few days, too.”

Jack felt a pit in his stomach. He knew that Brian had been wheelchair-bound for the last three years. And after both of Brian’s parents had died in a tragic plane crash, Henry was the only family he had left.

Jack tried calling Henry on his cellphone, but there was no answer. Without saying a word to his colleagues, he grabbed his car keys and hurried out.

There is no small way to support the people you care about. 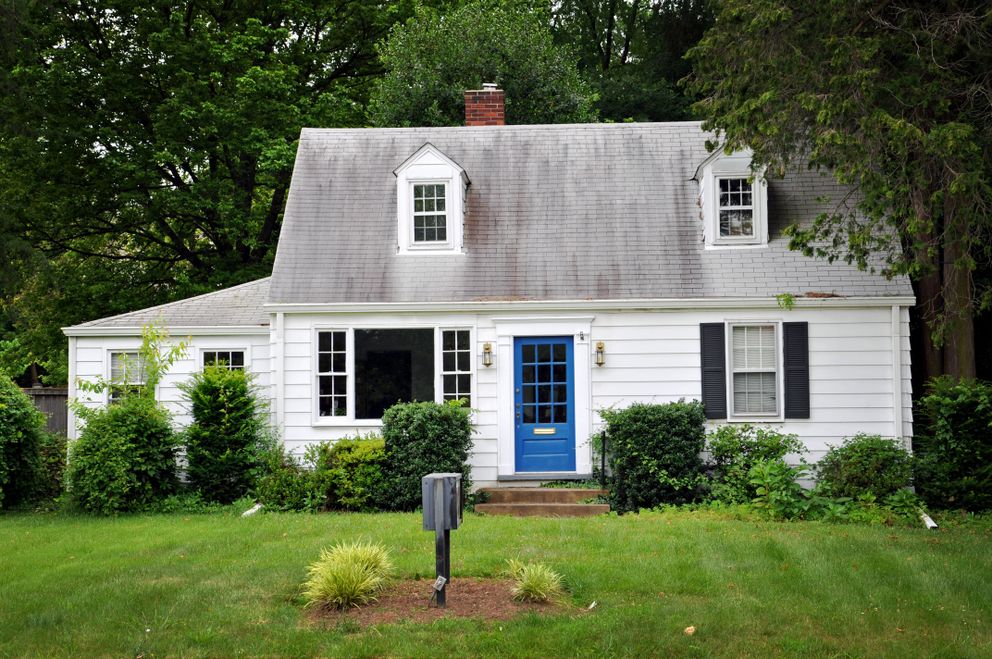 Speeding through the lazy afternoon traffic, Jack battled an endless loop of worries in his mind. ‘Was Henry okay? I know he must be worried sick about Brian and struggling to handle things by himself.’

It was a good thing Jack knew where Henry lived. He couldn’t breathe fully until he pulled up in front of the old house.

“Jack? What are you doing here?”

Jack was heartbroken at the sight of the same friend who would otherwise make him smile. He looked nothing like his usual chirpy, cheerful, energetic self.

What Jack saw that day was just an exhausted old man with a cane, scrambling to put one foot in front of the other.

“You really shouldn’t have gone through the trouble. Everything is under control.” Henry tried his best to make eye contact as he said those empty words but failed.

“You can fool everybody else with that smile of yours. Not me.” 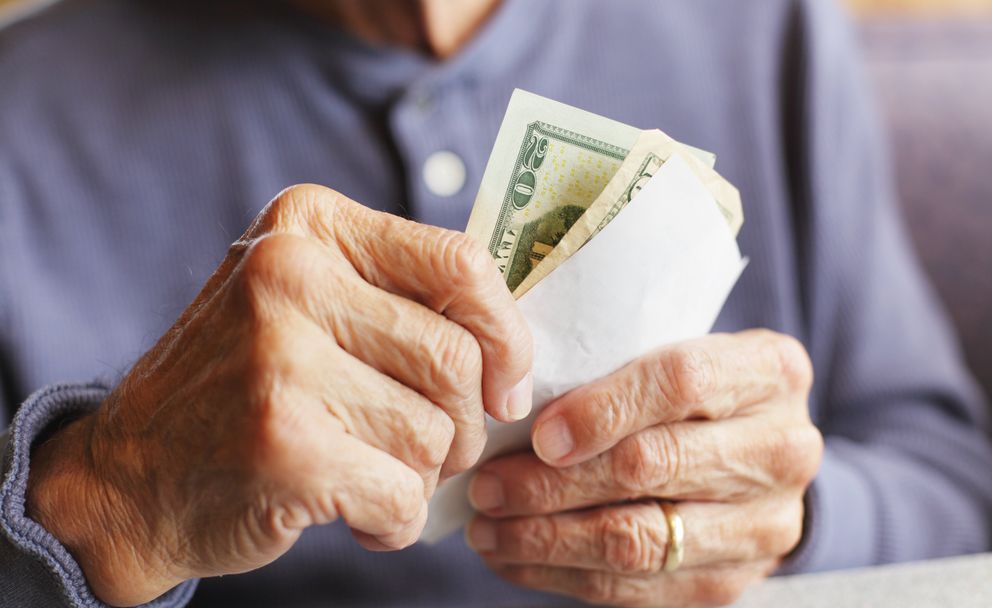 Jack was right. Reluctantly, Henry revealed that Brian had episodes of unbearable pain and numbness in his legs. While there was a way to get it treated, the surgery alone would cost about $6000.

“That’s the origin story of this funny old man rolling away on a scooter delivering pizza!” Henry sealed his painful story with a grin.

“That’s alright. It’s not something I like to talk about. It reminds me that a freak accident on a soccer field can brutally kill the dreams of a young promising soccer player. He was just 14, for God’s sake. And he had just lost his parents!

“So when people say I’m this incredible inspiration to them, I laugh inside. Because all this comes from a place of grief I wouldn’t wish on anyone, you know?

“I’m not delivering pizza because I want to. I’ve worked enough my whole life.”

“I’m just doing whatever I can to make our grief and pain smaller.” 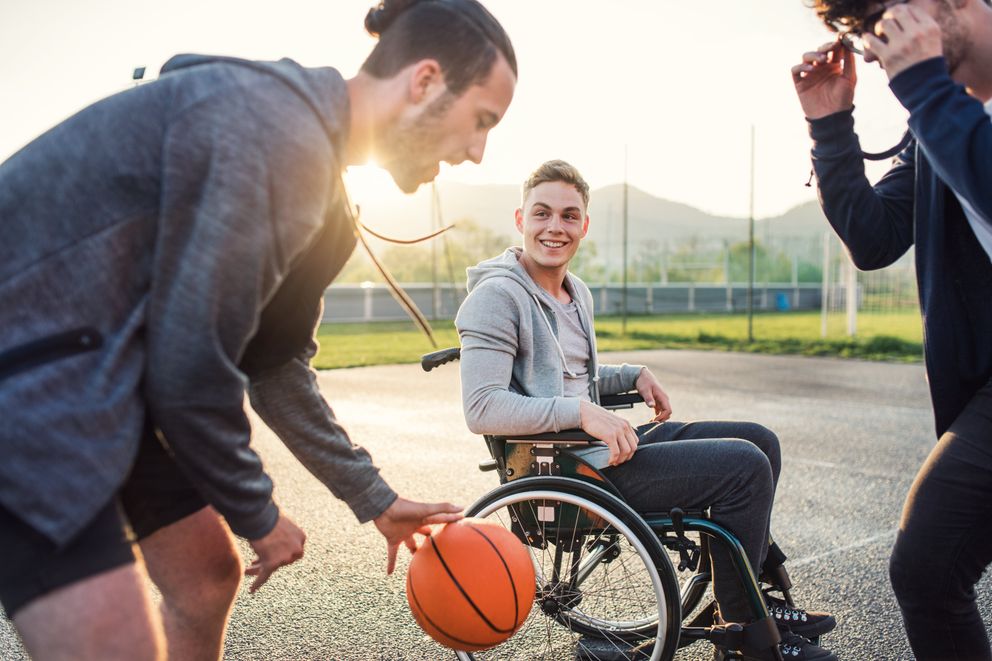 Jack was moved by the vulnerability and pain he could see in Henry’s eyes. He wished he could help. He wished he had been successful enough to hand the man a check right then and there – but he wasn’t; not yet.

All he could do for his old friend was listen to him, help with minor expenses, and spend an hour every evening with him and Brian.

A week passed, and Henry was still in no position to return to work. His co-workers had sent him bouquets and cards, and some of them would manage to call him once a day. Their kindness was heartening, but the flowers they sent were beginning to wilt, and none of the poetic words softened Brian’s cries of pain.

‘Maybe I should finally sell the scooter and see if that can buy the next round of medicines. At least for now.’ Henry put on his coat and was just about to leave the house when there was a knock on the door.

‘It can’t be Jack; he’s out of town. And I’m not expecting anyone else.’ As he opened the door, Henry found that a pizza had been left on his porch, along with an envelope.”Brian?! Did you call for a pizza?”

“No, Grandpa!” the boy answered from his room.

Henry opened the envelope and found a note attached to a check. 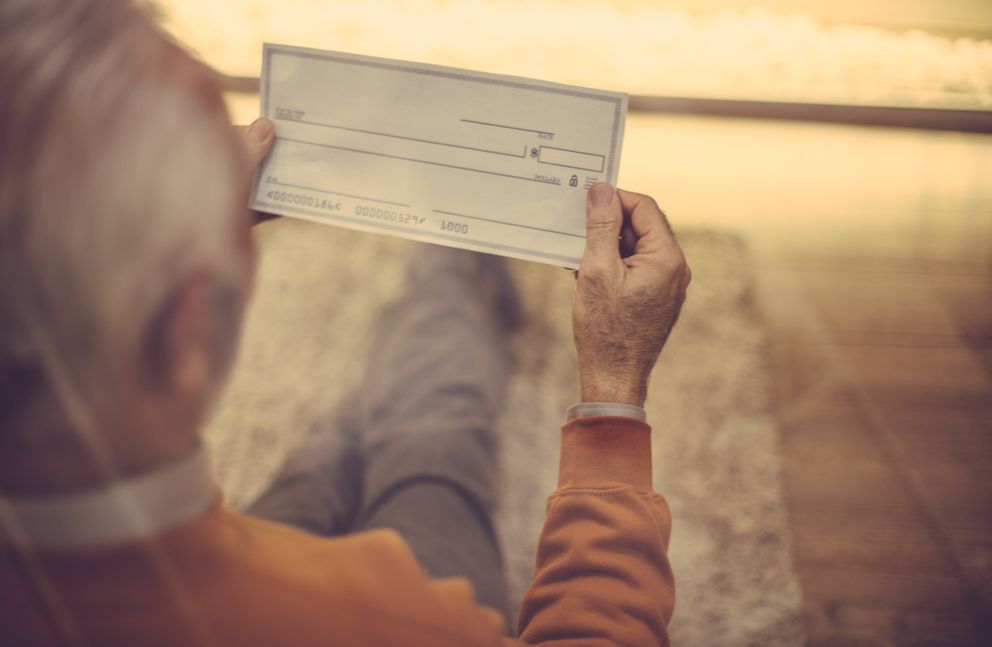 He tried to breathe normally and read the note.

This is a selfish act of kindness. The money is to help your grandson get better so you can get back on your scooter, knock on the door, and spread your cheer again.

On behalf of all your customers, I miss your visits, your riddles – more than the pizza itself.

This isn’t a loan or even a gift – it is a tip. For being the best pizza delivery guy in town.

I hope this helps!

The old man was in tears – for his grandson, who could finally get treated, and for the kindness that he thought was slowly fading out of the hearts of human beings.

In an entirely different city, Jack was smiling from his new client’s office. He was tempted to call Henry and tell him about the big business deal he had won. But he didn’t want that to give away the fact that he had sent the $12,000.

But Henry was smarter than that. Lifting the flap of the pizza box, he smiled. Meat Lovers Pizza, extra bacon on a Wednesday afternoon. 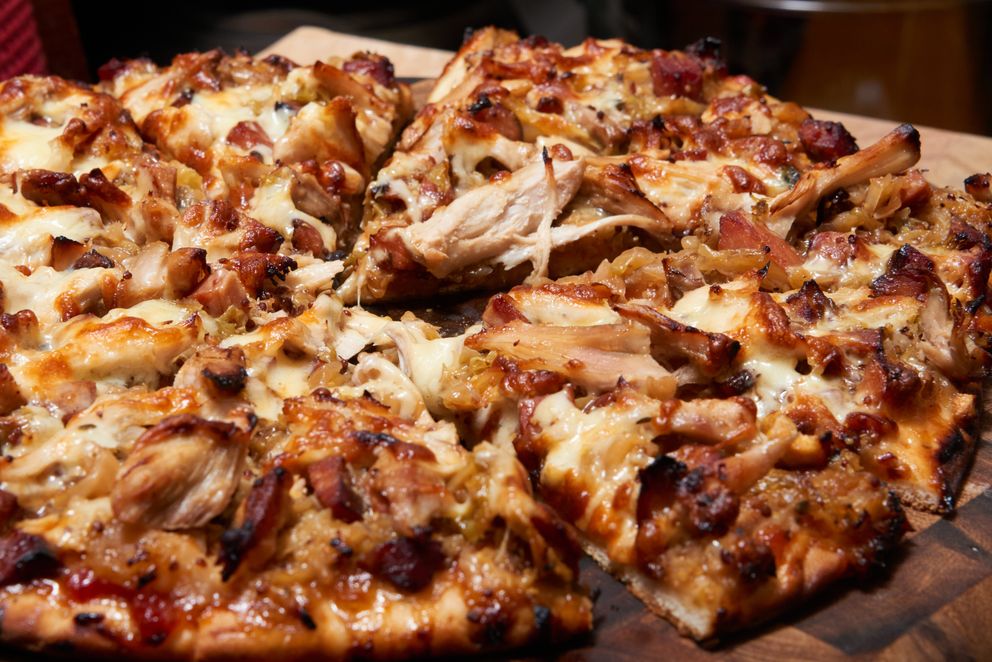 There is no small way to support the people you care about. Henry’s age did not stop him from working hard to gather money for his grandson’s treatment. And Jack’s lack of money didn’t stop him from being a kind friend, either.

Whatever you do, do it exceptionally well. Henry wasn’t working for the pizza place by choice – but that didn’t stop him from going above and beyond as a delivery guy. As a result, he made a mark for himself, and it ultimately helped him overcome his greatest financial struggle.