Mrs. Norris believed she’d have to celebrate her 85th birthday alone, just like the last few years. She was surprised by an unexpected guest from the past.

This year, there were three balloons on her room door, and an overused Happy Birthday banner was dangling by a thread.

‘Ah, well. What does it matter? It’s not like I’m a high school teacher, and my darling children will throw me a grand surprise.

That life is far behind me!’ Mrs. Norris thought to herself as she went into her room. She took the book from under her pillow, carefully opened it to the bookmarked page, and started to read.

The letters continued to float and blur, making it impossible for her to know what was happening to her favorite character. Her eyesight was betraying her again.

She closed the book with a sigh of disappointment. ‘Without being able to read, how will I survive the rest of my life?’

For any other 85-year-old in the nursing home, the inability to read was not a big dilemma. They had different ways of entertaining themselves. They would watch TV, play endless bingo games, or have long walks talking about sons and daughters and their delightful children.

But Mrs. Norris hadn’t found relief or respite in any of those. To her, books were the only form of fleeting satisfaction. Right from childhood, she would sneak books out from the only library in town and read them on her school bus. The next day, she quietly tucked them back into the library shelves exactly as she had found them.

She fell in love with every genre she dived into. And if it weren’t for books, she wouldn’t have met the excellent and charming Mr. Norris. On a lazy summer afternoon, when every young man and woman in Miami was socializing on the shoreline, Mr. Norris and his future wife were sitting in two corners of the oldest book cafe in the neighborhood, immersed in two copies of the same book. 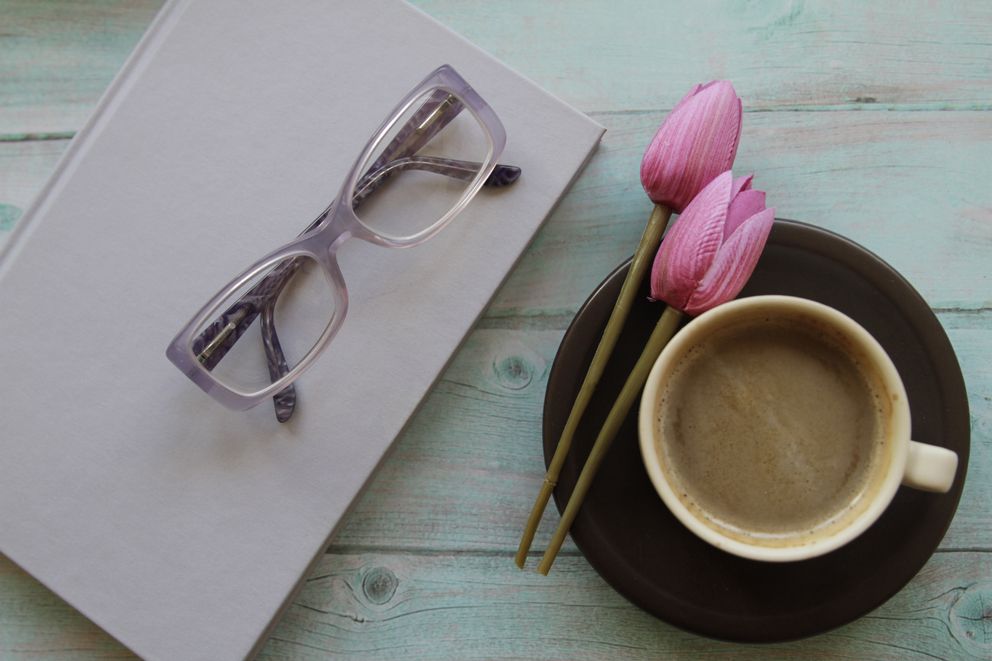 After a summer and a half of reading and falling in love, they tied the knot in the City Hall public library.

The love of Mr. and Mrs. Norris stayed rooted through every alternating season of happiness and hardship. Mr. Norris dedicated every bestselling book of poetry he wrote to her. ‘What I do as a writer can never measure up to your work as a teacher,’ he would often tell her.

Today, on her 85th birthday, Mrs. Norris missed the love of her life sorely. It had been seven years since he passed, holding her hand and hearing her narrate one of his favorite poems for the hundredth time.

His heartbeat stopped, yet the last tear was still alive for a few seconds more, rolling down the side of his face.

‘I wish you were here, Dave. To read to me, to hold my wrinkly hand, and watch the final drop of my tears when I must leave. Instead, here I am, without you, and the sun has the audacity to rise like the world hasn’t ended.’ 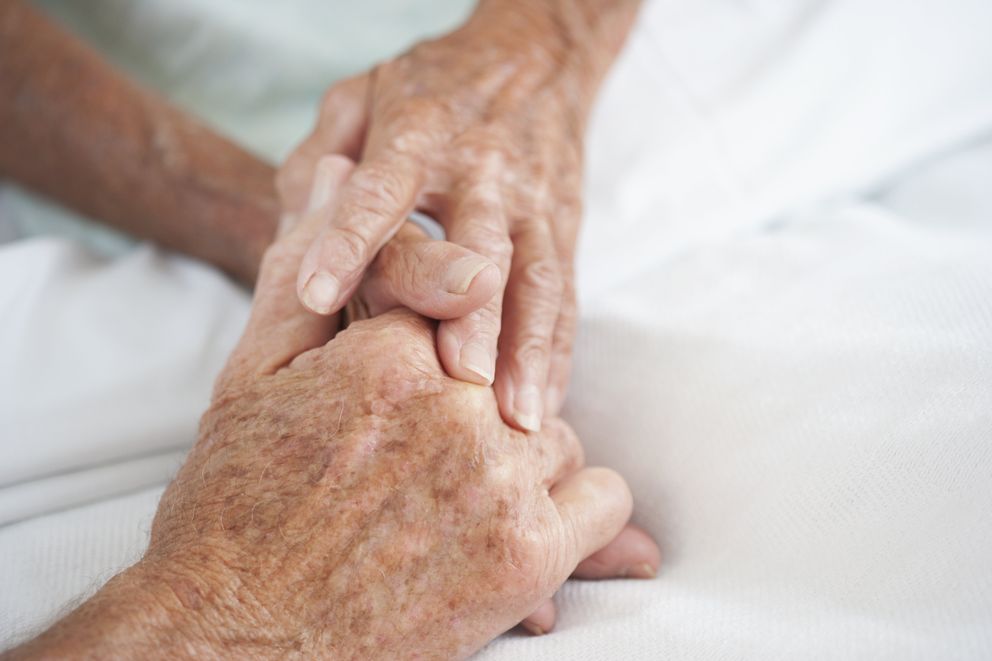 She wrote these words in her mind, knowing she would soon forget them.

Her thoughts were interrupted by a telling knock on the door. Nancy and Natalie were the only two women who always cared enough to bother her.

“Open up, quick! You’ll get us caught!” Nancy tried her best to whisper.

There they were, standing one behind the other. They looked silly in cardboard party hats, poorly hiding what was obviously a brownie with a lit candle between them.

“What are you silly girls up to?”

“Well, we could smell the melancholy from two rooms over, and we couldn’t just do nothing about it,” Natalie said.

The 85-year-old blew out the candle, and just as she did, there was a strange knock on the door. Nancy quickly grabbed the brownie and hid it under the table in the room. 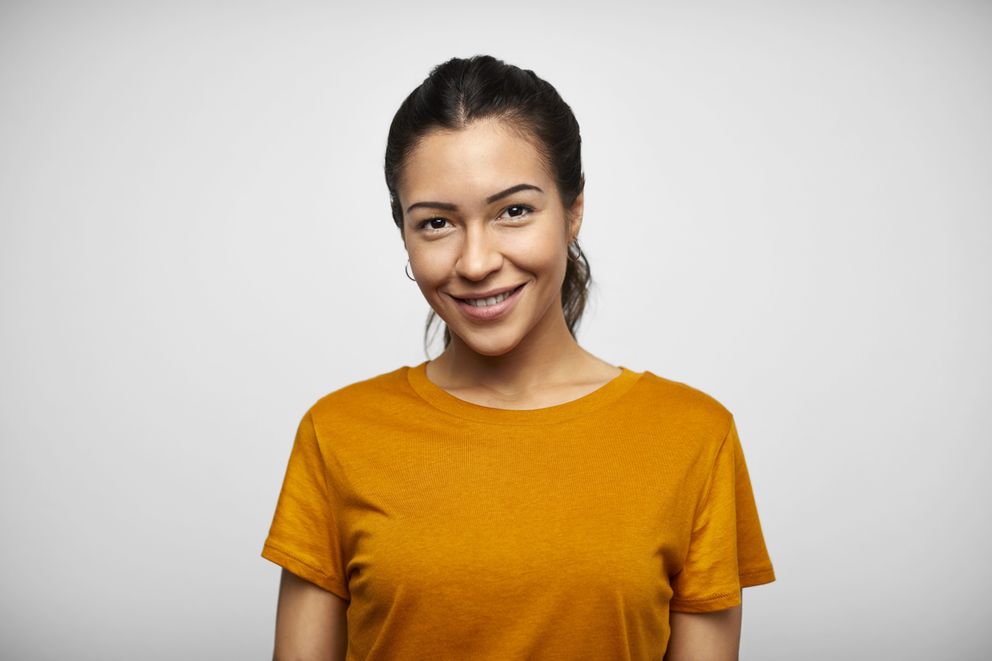 Mrs. Norris didn’t have a clue about who her visitor was.

The name did sound familiar but not familiar enough.

“Forgive me. My memory and my eyesight aren’t serving me well these days.”

“Yeah, she should stop reading those books with the teeny-tiny print. We tried to get her to listen to audiobooks. But you have no idea how adamant she is!”

Mrs. Norris was trying to shush her talkative friend when the young woman said, “Actually, I do!”

“Mrs. Norris, you may not remember, but I was in your English literature class in 1993. I was a timid little girl, always falling ill. You insisted that my parents get me tested. That’s when we learned that I had severe type 2 diabetes.”

It was all coming back to Mrs. Norris. “Yes, I remember, Diana Fenton!” 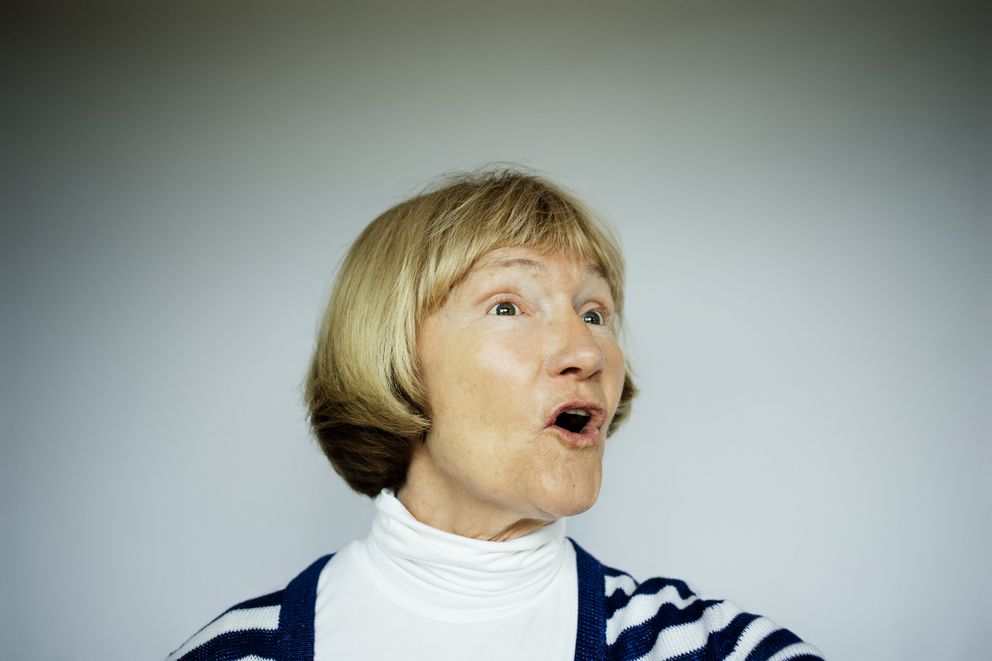 The former student and teacher hugged each other tightly.

“How wonderful to see you again. You look healthy!” Mrs. Norris was studying Diana from head to toe.

“I am, thanks to you. I remember you came home one day and realized how my parents struggled to make ends meet. They confessed that they did not even have enough money to buy half the medication to treat my condition… Do you remember what you did the next day, Mrs. Norris?”

She did. Mrs. Norris initiated a fundraiser at school, inviting parents and teachers to help Diana’s parents pay for her medication.

“With the money you raised, my parents could afford medicines for the entire year!”

“That sounds like our girl!” Natalie responded in excitement.

“Had it not been for you, I wouldn’t have been the fully recovered mom-of-two I am today!” 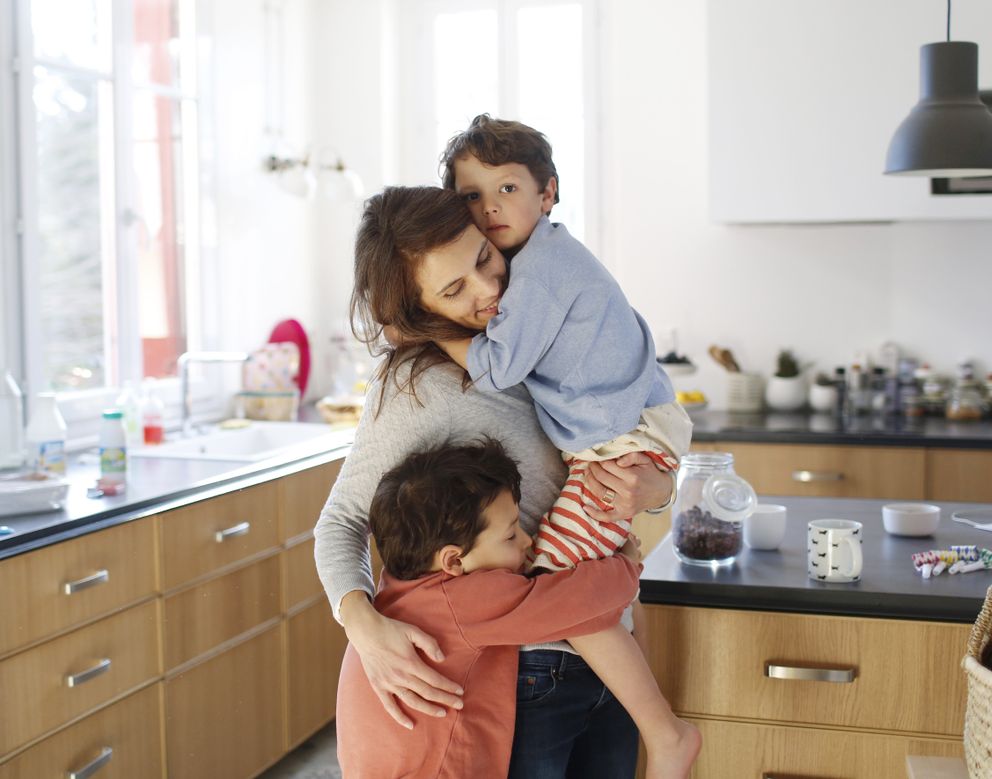 “That is not true. It would have probably been someone else if it weren’t for me.”

Mrs. Norris kissed Diana on the forehead and wiped her tears.

“Well, you’ve come on a perfect day. Your old teacher is turning 85 today.”

“I know! And there’s a little surprise waiting for you, Mrs. Norris.”

Diana escorted Mrs. Norris to the library. As soon as she opened the door, a bunch of young men and women popped up from behind the aisles and cheered in unison, “Happy Birthday, Mrs. Norris!”

The smile on her old teacher’s face filled Diana’s heart with warm satisfaction. She was glad she had tracked Mrs. Norris down and brought some of her most loving ex-students together on her big day. 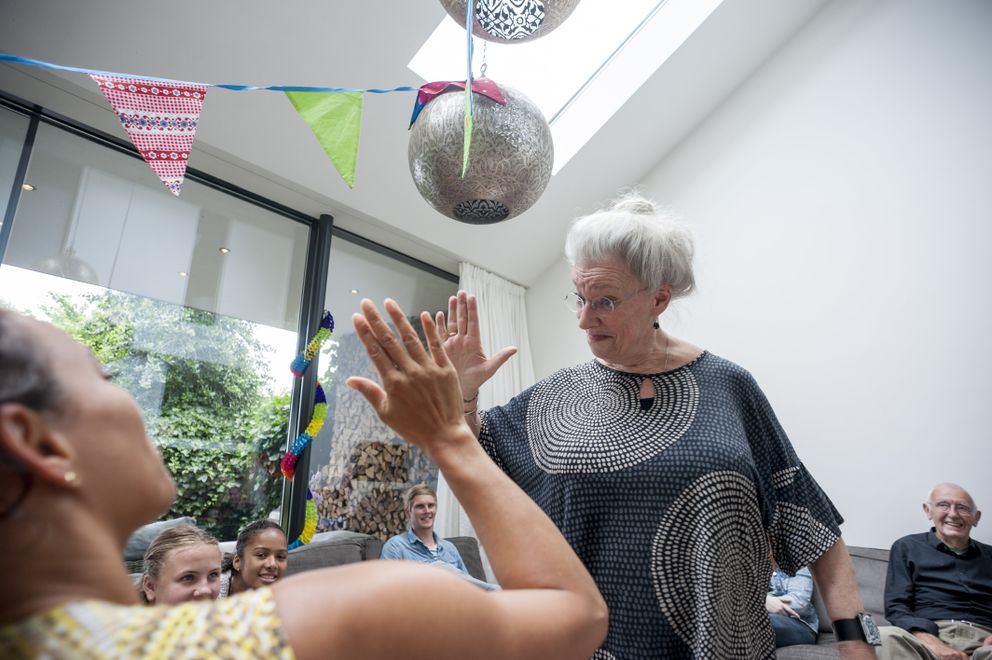 “Just like old times!” Mrs. Norris chirped as one student after the other came forward to greet her. That day, celebrating her 85th birthday with people whose lives she had helped shape, she felt young again.

Never forget the people who have shaped your life. Years passed, but Diana never forgot the teacher who made it possible for her to overcome her illness.
Try to show your teachers some love, especially if they are alone in their lives. Sometimes, we forget to think of our teachers as normal human beings. We have fond memories of them, but we rarely visit them. A simple visit, like Diana’s, can help them feel better.