When a black Nigerian couple saw their baby girl for the first time, they couldn’t believe their eyes. Already parents to two children at the time, they sat and stared at their daughter with blue eyes and blonde hair for ages.

Becoming parents is nothing short of a miracle. However, have you ever imagined a white couple welcoming a black baby or the other way around?

While such instances are scientifically and logically mind-boggling, the fact that someone is experiencing them is proof that miracles can happen anytime, anywhere, and to anybody. Two Nigerian parents living in London witnessed something similar.

Angela and Ben Ihegboro were a Nigerian immigrant couple living in London. In 2010, they welcomed their third child, a baby girl. But the moment they saw her for the first time, they were left speechless. The awed mother shared:

“She is beautiful, a miracle baby.”

They named their baby daughter Nmachi. Unlike their other two children, who were black, just like their parents, little Nmachi was born with blonde hair and blue eyes. 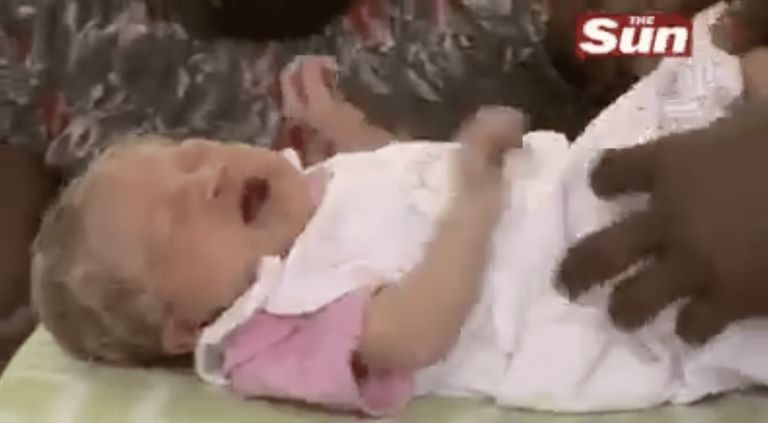 The Ihegboros couldn’t understand what had happened. For a long time, they sat down and kept staring at their miracle baby. However, Ben, a customer adviser, ruled out any speculations related to the matter. He added:

“Of course she is mine. My wife is true to me. Even if she hadn’t been, the baby still wouldn’t look like that (sic).”

While Angela and Ben were likely to consider Nmachi a “miracle baby” for the rest of their lives, genetic scientists and medical experts began looking for logical explanations for how something like this could be possible. 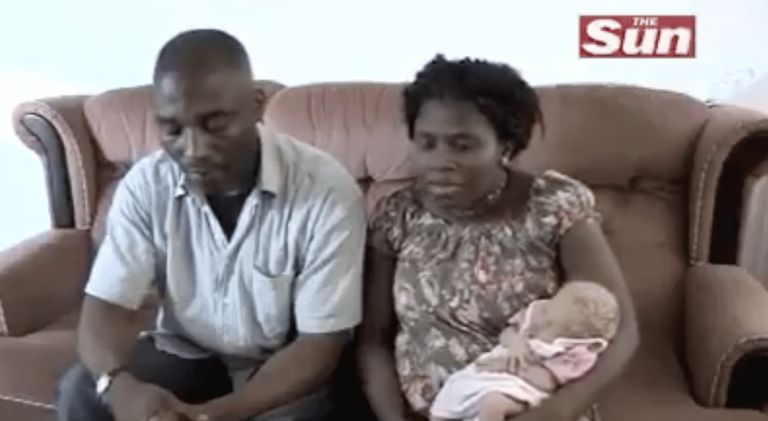 After that, three theories were offered. The first one said that Nmachi was the result of a gene mutation unique to her, and if that were possible, she would pass on the gene to her kids in the future, and they would also be white.

While Nmachi’s skin color may have emerged as a topic of interest for medical scientists and genetic experts, her parents would forever consider her their miracle.

The second theory said that Nmachi was the product of dormant white genes present in her parents’ ancestors long ago, which had never surfaced until she was born.

Finally, a third theory suggested the reason for Nmachi’s light skin tone could be albinism. While the doctors added she wasn’t a complete albino, they said she might have some mutated version of albinism.

If that were the case, her skin color could darken over time. According to BBC, albinism could remain dormant in genes for many generations, and it wasn’t uncommon in Nigeria.

Doctors also suggested the Ihegboro couple might harbor a long-dormant Caucasian DNA from an interracial coupling in the past.

Whatever is the case with little Nmachi, her parents couldn’t be happier after welcoming her into their lives. Ben also shared:

“She doesn’t look like an albino child anyway. Not like the ones I have seen back in Nigeria or in books. She just looks like a healthy white baby.”

While Nmachi’s skin color may have emerged as a topic of interest for medical scientists and genetic experts, her parents would forever consider her their miracle. If you loved reading this incredible story, share it with your loved ones.