In response to a group of students flying the American flag on their vehicles, a school administrator told them that they could no longer display the symbol because it’s “offensive” and “disruptive.” However, the clever young men came up with a plan that had their principal quickly apologizing. 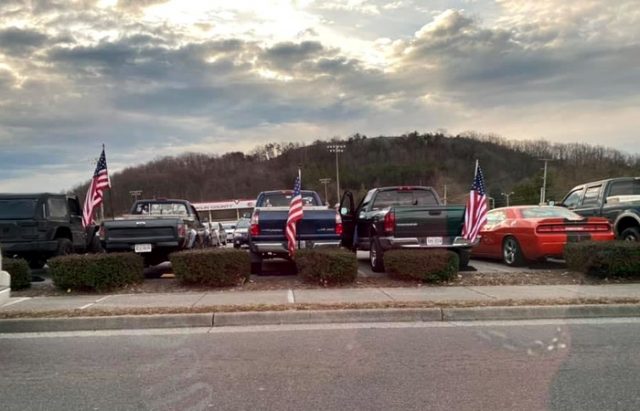 When a group of Franklin County High School students got into trouble for flying the American flag from their vehicles, they thought they were going to have a difficult battle with Virginia school officials. Incredibly, it only took a simple yet bold move to remind administrators that they had overstepped their authority.

Despite what you may have heard, students don’t have to check their constitutional rights at the door of the public school. In fact, many young people don’t even realize that the school’s power ends where their rights begin.

After proudly displaying our country’s flag, a group of male students at Franklin County High School in Virginia was shocked to learn that their decor had caused an issue. The boys, who remain unnamed, were surprised to see a faculty member snooping around one of their friends’ trucks in the school parking lot.

According to BTW21, the boys saw the school official recording the vehicle’s information in order to inform the driver that they had a small problem with their truck. It was only after the student was called into the main office that they realized what was causing the disturbance. 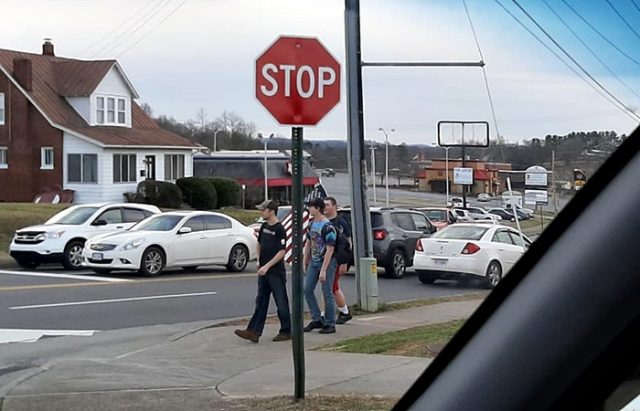 The student’s mother, who wishes to remain anonymous, told the news outlet that her son and his two friends were prohibited from flying the American flag on the back of their vehicles. The mother claims that a school administrator chastised the boys for flying the “offensive” and disruptive” symbol, which could cause distress to other students.

“My son called me from school saying that he saw an administrator around his truck and is now being called to the office,” she said.

As such, the students were sent away and told not to return with the American flag in sight. However, the school administrator would soon discover that they were messing with intelligent young men who know their constitutional rights.

The three boys rallied some of their fellow students and performed a peaceful protest, flying American flags from each of their vehicles. A line of star-spangled cars and trucks swept through the school parking lot, sending a message to school administrators that their rights will not be infringed. Incredibly, the patriotic demonstration worked better than they could’ve imagined, as the mother confirmed that Principal Jon Crutchfield called her to apologize.

“He has apologized to the boys and told them that it is not against the rules to fly their flag on their truck. Apparently, it was a big misunderstanding that should have never gotten this far,” the mother said.

According to the mother, Crutchfield chalked the incident up to a “misunderstanding” and said that the boys are welcome to fly their flags. Of course, the students were glad to test his offer by displaying the biggest banners they could find and attaching Old Glory to their tailgates. 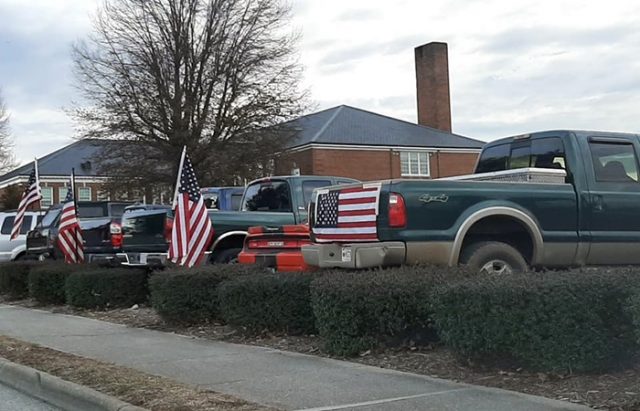 So far, the Franklin County Public Schools Administration has failed to give an official response on the matter. However, the students seem to be satisfied with the outcome and continue to display their patriotic symbols in the parking lot.

This could have turned out to be an accepted infringement of the students’ rights, but it turned into an inspiring and valuable lesson for others. Fortunately, these young men understand their rights and responsibilities and aren’t willing to let anyone violate them even slightly.