After Husband’s Passing, Widow Finds Old Suitcase He Hid from Her for over 50 Years.

At the age of 18, Margaret Freeman made the choice of her life: she accepted a marriage proposal from the sweet, funny Daniel Hernandez. However, her wealthy father was against the marriage.

“Margaret, if you marry this worthless man, I will leave you with nothing!” her father shouted. “You’ll experience all the delights of love when you have to live in a room with cockroaches running up and down the walls!”

But her father’s words did not stop Margaret. She had no doubt that she was doing the right thing, and she would never regret her love for Daniel. 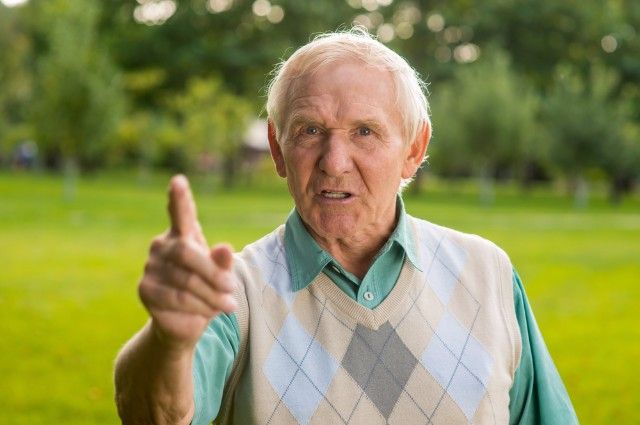 Life in the tiny apartment was even somewhat romantic (and there were no rats or cockroaches, of course). Margaret took a job as a receptionist at a large hotel, and Daniel found work at the post office.

“Security, darling,” Daniel replied to Margaret’s suggestion that he look for another job that paid more. “I need the security of a pension in my old age.”

That Daniel was so concerned about the idea of security, Margaret understood well. The fact was that his mother was single-handedly trying to raise her five children on the measly benefits the state paid after his father died at a construction site. Since Daniel’s father worked illegally, the insurance or pension was out of the question.

Daniel was determined that Margaret and his children should not be affected by this prospect. And a job at the post office could help with that.

But all they could earn was not enough to provide a decent life for their two children. For all Daniel and Margaret’s efforts to save money, their salaries were spent on operating expenses. And they had little left over to set aside for the future. 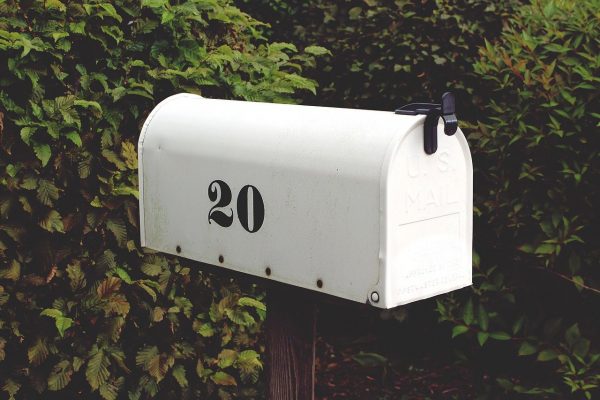 But as time went on, the children grew up and made their own lives. The son moved to Alaska, and the daughter flew to Brazil. Margaret and Daniel’s life began all over again.

This shocked Daniel. “Your love for me has left you with nothing, Margaret!” said Daniel regretfully. “The life you deserve…”

“Don’t say that!” objected Margaret. “I wouldn’t trade my life with you for anything in the world.”

Since then, however, Daniel had begun to change. Increasingly, he was silent and distant. After 38 years of marriage, Margaret wondered if Daniel still had feelings for her.

He started staying late at work longer than usual, taking a lot of overtime. “It’s all because of the innovation, Margaret. We’re sorting mail around the clock now,” he excused himself. Also, she noticed that when Daniel came home late at night, a different smell was coming from him. 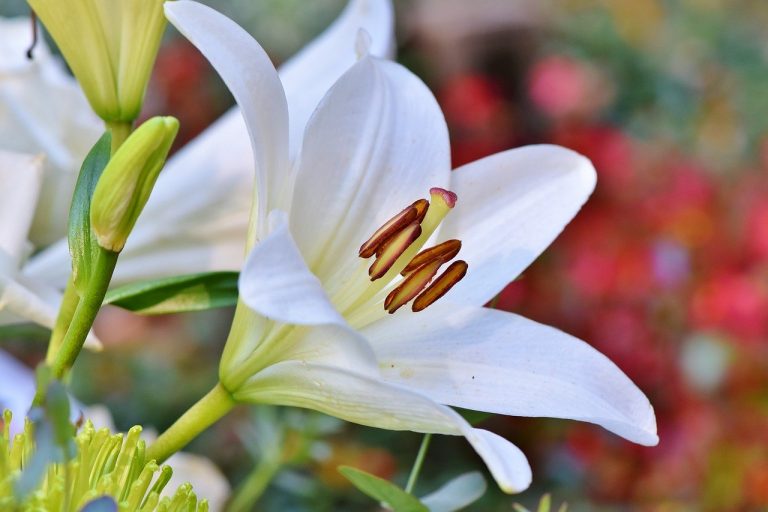 At first Margaret reassured herself that her imagination was just running wild, but nothing changed. For two years Daniel had come home late at night, smelling of lilies as well. But what bothered her most was that their family account never increased.

Once Margaret tried to talk to her husband about it, but Daniel snapped back: “Do I have to answer to you? I can do with the money I earn as I please.

She never brought it up again since then. Tears choked her every time he came home from work in the evenings and turned his back on her.

There was no more talk about retirement, and Daniel’s “overtime” left no opportunity to talk about what was going on with their marriage. On weekends, Daniel would hide out in his garage, fiddling there for long periods of time and only showing up for lunch. The days when Margaret thought she was the happiest woman in the world were replaced by the days when she began to call herself the most unhappy. Her hopes crumbled like a house of cards, and she wondered if Daniel really loved her.

Soon, the irreparable happened. After they celebrated their 50th wedding anniversary, Daniel was stricken with a heart attack. Even before the doctor began to speak, Margaret already knew everything he would say.

“Mrs. Hernandez,” the doctor began to say, “I’m afraid the prognosis is not good. Your husband’s heart is worn out. Only a heart transplant can save him, but because of his age, he is not on the waiting list.”

“Sixty-nine, doctor. He’s only sixty-nine years old. He’s been waiting so long to retire,” Margaret replied, panting. That same evening she summoned the children to New York so they could say goodbye to their father. She also called Anna, her only granddaughter. 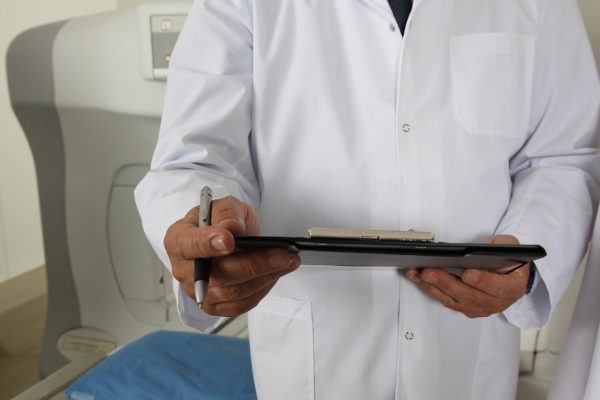 Two weeks later, it was all behind. Daniel was gone. In the last few days, he told his children and granddaughter more and more about his past, just holding Margaret’s hand. And when it was time to leave, he whispered: “Margaret, I love you. I’ve always loved only you.” His last words did not make Margaret’s heart feel any better, for the years of doubt and suffering were behind her. Margaret’s children experienced the loss in their own way, but their lives went on, they had to get back to their business. Only Anna stayed with her grandmother to brighten Margaret’s shattered life a little and not leave her alone in an empty house.

When the children parted ways, Margaret made the decision to finally get rid of any trace of her past. Together with Anna, they packed all of Daniel’s belongings into boxes for Goodwill. When one box was left unpacked, suddenly Margaret smelled lilies. She shrieked sharply, flipped the box over in surprise, and scattered everything she had previously neatly folded.

Anna, who was beside Margaret at that moment, ran up and hugged her grandmother tightly. Margaret couldn’t stand it and told Anna everything. “He cheated on me for twelve whole years. At night he would come back to our bed, soaked in the smell of another man’s woman,” Margaret said, crying. “And what he told me before he died was a lie!”

After crying and sharing her pain with Anna, Margaret calmed down. Then Anna suggested they go to the garage and remove anything that would hurt Margaret. In the garage, they began to go through all the old stuff that had accumulated over the years.

Then Anna came across an old suitcase, its locks rusted. She wanted to throw it in the trash, but the suitcase was so heavy that she decided to take a look inside. Anna couldn’t find a key, so she had to pick the lock with a wrench and a hammer.

“Grandma!”, Anna shouted loudly. “Come here quick!” Margaret was going over the nails at the time. She immediately dropped what she was doing and walked over to Anna. Next to her granddaughter lay an open suitcase with many rolled-up twenty-dollar bills inside, as well as an old diary.

“Where did that come from?” asked Margaret. “There’s a fortune in here!”

Anna opened the diary. “Grandma,” she said quietly. “You need to read it yourself. I think he’s started saving since your wedding. Here, look. It was recorded twelve years ago. Listen to what he writes: ‘As of today, I’m working at the New York City Sewer Department on the night shift, cleaning the sewers.

“It’s a tough job, but it pays a lot more than my day job. And I have to secure Margaret’s future. Her father wasn’t wrong. “I’m a failure. She’s lost everything because of me, but I’ll do anything to compensate her for at least some of it.”

“I didn’t say anything to Margaret. She doesn’t need to know what I do. She thinks I sort the mail at night. Before I go home, I take a shower. I don’t want to carry that horrible smell into our house.”

Margaret cried quietly as Anna read Daniel’s notes. “Grandma, he writes that he puts aside in his suitcase every month… There’s almost $300,000 here!”

Margaret kept her eyes on the shabby old suitcase. It was living proof of how much Daniel loved her and was willing to sacrifice anything for her. “Daniel, honey,” Margaret whispered. “How much time have I wasted reveling in my pain…”