After Trashman Babysat My Kids for 25 Minutes, I Decided to Hire Him as Full-Time Nanny — Story of the Day

A doctor was called for an emergency at the hospital and didn’t have anyone to leave her three kids with, but suddenly, she saw the garbageman and got an idea. She couldn’t believe her eyes when she returned home.

“Now? Are you sure Dr. Morris is not available?” I asked Nurse Carey on the phone, although I was already changing my clothes and thinking hard.

“No, Dr. Sanders. Dr. Morris is currently driving across state lines trying to get here. You live close by, so I thought I would call. The interns have no idea what they’re doing. I know it’s your day off, but I didn’t know what else to do. Will you be able to come?” Nurse Carey said, trying not to sound worried, but I knew they needed me. 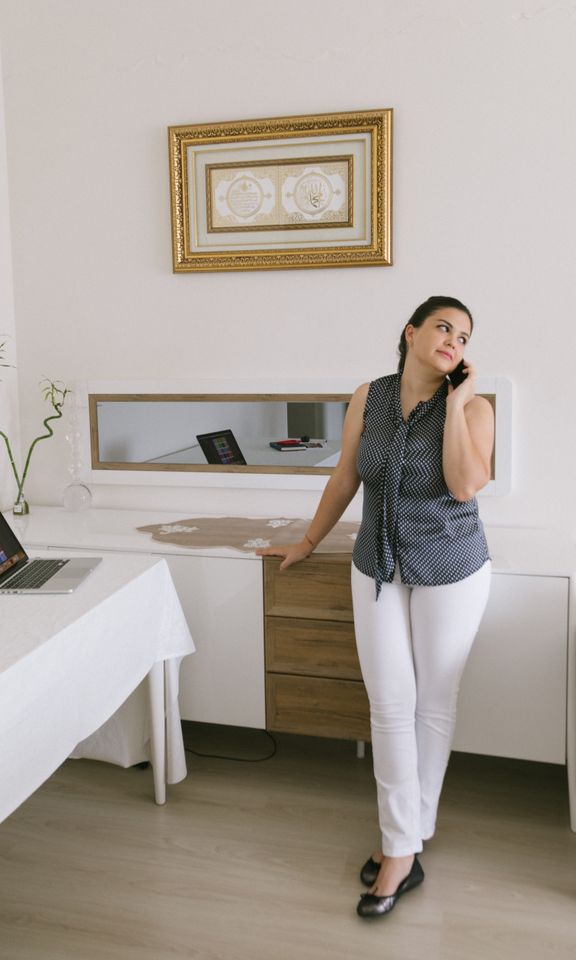 “I’ll be there as soon as I can. I just need to find a babysitter,” I replied and hung up, immediately dialing Vicky, who was the only person who could somewhat handle my three crazy kids.

I’ve been a surgeon for a long time, but I used to have my husband, Peter. My rock. He became a stay-at-home dad when the realities of having three children became too much. But he passed away from a sudden heart attack while I was in the middle of another surgery.

My entire house… wait, was this my house? It couldn’t be.

Now, I had to constantly find babysitters for the children when unexpected emergencies happened. I couldn’t handle them. I had no patience, and it was silly to think that any babysitter would be able to handle them either. Two babysitters quit after one day of work, and word got around that my kids Johnny, 9, Christie, 7, and Lucy, 3, were menaces.

I mean… they were not wrong. But they didn’t have to put me in this position. Now, only Vicky ever said yes. Usually, I paid through the roof for the local daycare center when I was scheduled regularly at work, but I couldn’t rush them in today. It was already noon on a Friday, and I would feel bad sending them. 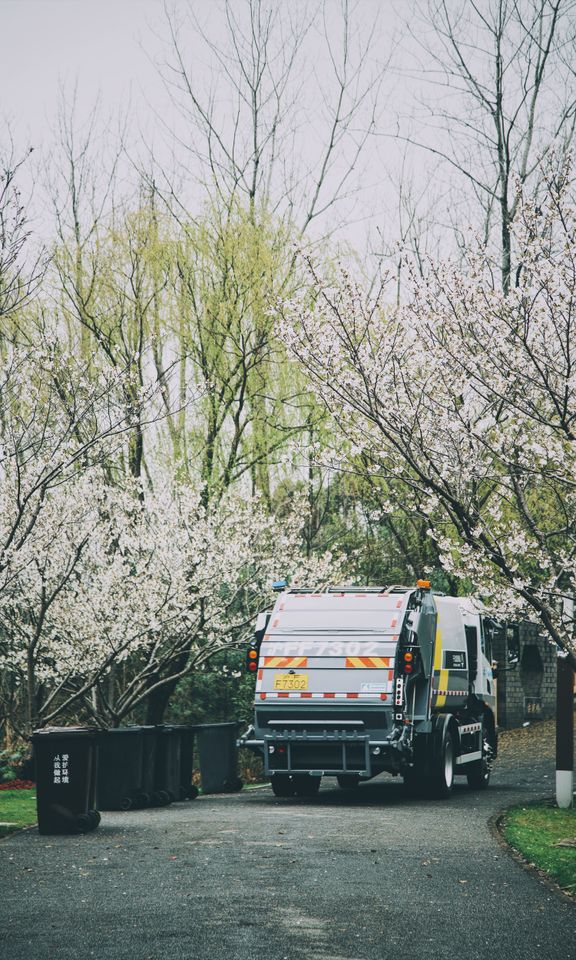 “I’m sorry, Opal. I can’t babysit today. I’m sick and can barely move,” Vicky said when I called. I told her to get some rest and hung up the phone. I hated the staff at the hospital daycare, and they hated me in return. But I was out of ideas. I would have to wrangle with my children and go there.

But suddenly, I heard all the kids yelling, “Uncle Bob! Uncle Bob!”

I sighed. They didn’t have an uncle. The local garbageman was so friendly and sweet that they started calling him uncle as soon as they could speak. I had known him for over ten years, and my kids adored him.

Johnny opened the front door, and all my babies went outside to greet him. I might have to call the hospital, I thought. I was never going to get those kids back into the house to be dressed on time.

But I did smile at the sight of them playing with Bob. My kids had turned into devils when their father died. The therapist said it was normal and would pass, but I wasn’t so sure. I felt like a failure. Like my mothering instincts were faulty or something. I didn’t know what to do.

But as I watched the kids hug and ask Uncle Bob to play, I had an idea. “That’s it,” I told myself and ran to Bob.

“Bob, I have a crazy request. I know you’re busy. But I was wondering if you would babysit my kids for 25 minutes. I have to check something urgent at the hospital, and I have no one else,” I begged, and my kids looked at me with wide eyes filled with happiness.

“Sure, Dr. Sanders. I can watch them for a while,” he replied, nodding and smiling. My children jumped and cheered.

“They’re more than a handful, though. I’m warning you,” I said sheepishly.

“Don’t worry. You go ahead. Your job is important,” he told me, and I ran off, hoping my house would not be entirely destroyed by the time I returned.

The situation took more than 25 minutes, as Dr. Morris got stuck in traffic, and the patient became even more urgent. I was rushed into an operating room, and I couldn’t get away until three hours later. I felt so bad for Bob, who obviously had his own work to finish.

I drove home as quickly as I could. “Bob! Bob! I’m sorry!” I yelled breathlessly as I opened my door, but I froze.

My entire house… wait, was this my house? It couldn’t be. My house was always littered with toys, crayons, paper, and sometimes smears of peanut butter. I know. Gross. Don’t judge me. 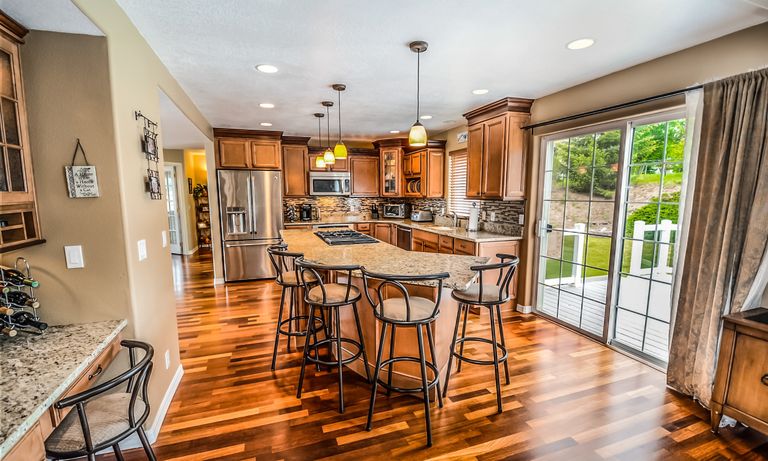 “Dr. Sanders, how was your surgery? Everything alright?” Bob asked as he appeared from the hallway.

“What happened here? My house… is unrecognizable. And why aren’t the kids screaming and running around?” I asked, so confused and shocked.

“Lucy is napping, and Christie and Johnny are in their rooms, reading,” he told me, and I swear, my jaw hit the floor.

“What? Are you kidding me?”

I had to go, and my eyes couldn’t believe it either. But Bob had told me the truth. “How did you do this?”

“Oh, Dr. Sanders. I was a single father raising kids once. Mine were ten times worse than these three angels,” Bob laughed. “I taught them to pick up after themselves and narrated them fairy tales. Your kids ate that up. You might want to buy them more books.”

I nodded, starstruck. No one in my life had ever called my kids “angels,” and they had never been interested in the few books I got. “I can’t believe it,” I whispered.

“It was easy. But now I have to go,” Bob said, picking up his work jacket from the back of a chair. 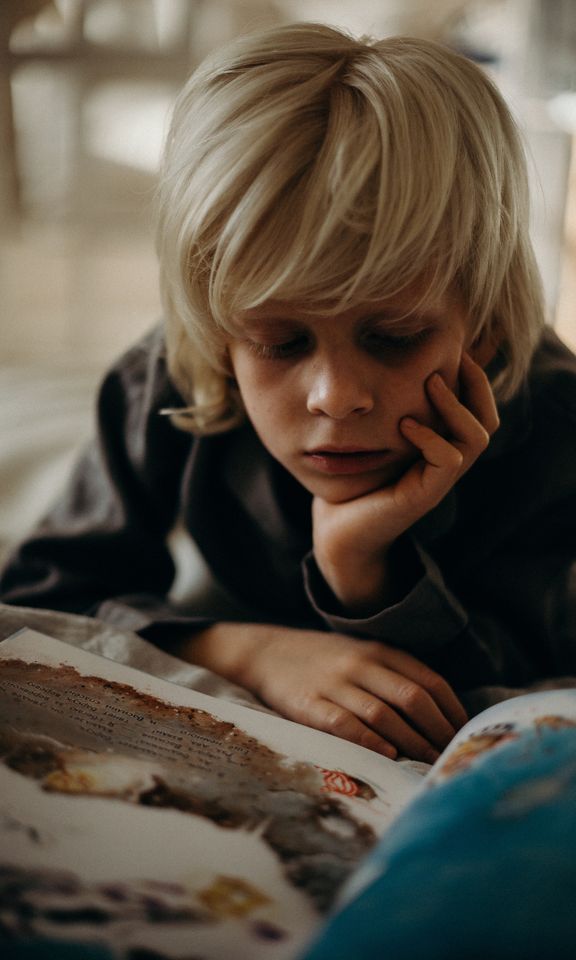 “Oh, yes. I’m so sorry about being late. I’m so embarrassed,” I said, touching my forehead. “I’ll pay you triple for that.”

“No. No. I don’t need money,” Bob shook his head, raising his hands.

“Please. For your time,” I insisted with my stern look. People at the hospital were afraid of that look, so I knew Bob would not be able to reject the money.

“Ok, I’ll treat the kids to something nice,” he laughed. “Goodbye, Dr. Sanders. Have a nice day!”

“Thank you!” I yelled out, exhausted.

My kids behaved for the rest of the day, and I almost cried. It was the best day ever.

So, I called Bob and offered him a full-time nanny job, tripling his current salary and adding more health benefits since I had connections at the hospital. He accepted in the end, and I was so thankful that I gave him a Christmas bonus and plane tickets to his family could visit Disneyland in California later that year. 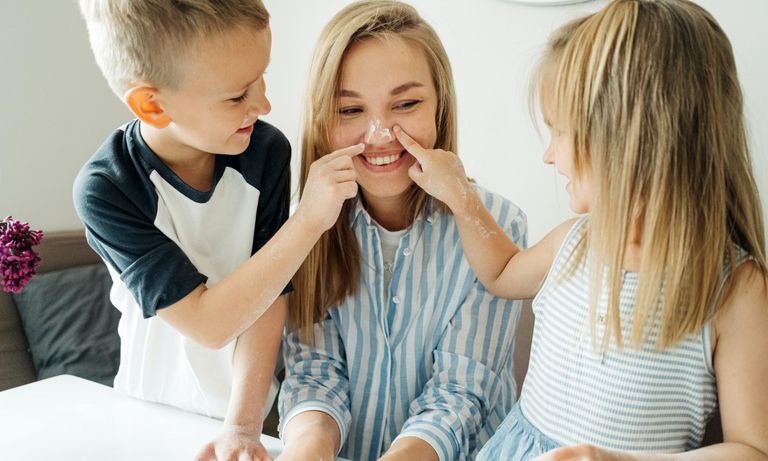 With Bob’s help, I quickly realized that my kids needed a caretaker who felt like family because that was what they had with their father. They hated daycares and being around strangers. I couldn’t fault them for that. But I was so pleased that I had finally found the solution to our problem!

Bob spoke to my kids like equals, his voice gentle and patient. I had never been like that, but I tried my best. I started being a lot more understanding with them, mainly because they weren’t screaming or destroying the house all the time anymore. I spent more time with them, and we got closer and closer every day.

Bob was my hero. Over the years, I became even more sure that Bob came into my life because the universe knew my children would need him.

Even the loudest and most active kids can change with proper care and attention. Unlike Opal, Bob knew how to speak to the children and taught them how to behave.
Some people are like angels sent by the universe when you most need them. Bob was the best thing to happen to Opal’s family after her husband passed.