Alabama Boy, 6, Jumps in Front of Fast-Moving Car to Save His 2-Year-Old Sister from Death

During an Alabama family gathering, a two-year-old girl wandered into the street, unaware of the car about to hit her. Just then, her six-year-old brother jumped in front of the fast-moving vehicle to save her.

As parents, people try their best to set a perfect example for their children to follow. They want their kids to learn to respect others, be kind, help people around them, and protect their siblings.

The mother in today’s story also wanted her children to learn these things. She always reminded them to look after their siblings but wasn’t aware that one day, her son would risk his life to save his sister by jumping in front of a car.

Kayla Giles, a loving Alabama mother and caretaker, lived with her four children. She worked hard to give her babies the best life and wanted them to become good citizens. Giles said:

“I tell my children all the time your siblings are forever, and I tell them to watch out for each other.”

The 29-year-old mother wanted her children to care for each other in her absence. Little did she know that one day, her six-year-old son, Kayden Reid, would risk his life to save his sister, Kaycee Reid.

On January 18, 2022, Giles attended a family gathering with her babies in Mobile, hoping to have a good time there. Giles said her children “were supervised” when Kaycee secretly left the get-together and hid behind a car.

Suddenly, the two-year-old wandered into the street. Kayden, who was riding his hoverboard on the sidewalk, instantly realized that his little sister was not safe. A fast-moving car was about to collide with Kaycee. Giles said:

“My heart immediately dropped the moment Kaycee darted towards the street.”

The Incident
While Giles was just inches away from saving her baby girl, Kayden jumped in front of the car and pushed his sister away. Giles recalled:

“When Kayden was struck by the vehicle, my heart immediately left my chest because it happened right in front of me.”

According to Giles, the driver pulled the brakes upon seeing Kaycee and Kayden on the street, but the car didn’t stop immediately. The vehicle hit Kayden on the back of his head before he slid across the street.

After seeing the children on the street, the family immediately rushed outside to save them. Giles picked little Kaycee and then moved her brave son to the yard to see how he was doing.

Meanwhile, the driver of the car also stepped out to see Kaycee and Kayden. The family said they didn’t hold her responsible for the incident. Kayden’s aunt, Kendra Nettles, revealed:

“It wasn’t her fault. We’re just thankful that she stopped when she did to make sure that everything is OK with him and us.”

Soon, Kayden was taken to a nearby hospital, where the doctors said he was fine except for a few minor bruises. The little boy spent a few hours at the hospital before returning home. His mother told her friends on Facebook:

“Kayden is fine, everyone. All of his tests came back good.”

After returning home, little Kayden donned a Superman costume and later met the Mobile Fire and Rescue team. They allowed him to explore the fire truck and sound the horn. The authorities felt proud of him for saving his little sister. Meanwhile, Kayden recalled:

“I had to go get her [Kaycee] before she got ran over by a car, but that’s when the car hit me.” 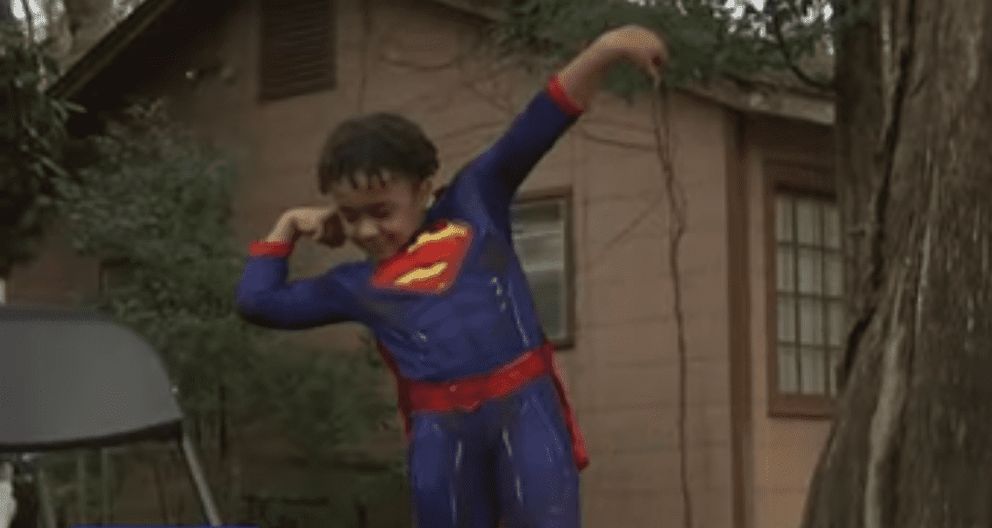 “Kayden is our hero & will forever be our hero,” Giles said. She felt terrible thinking about what would have happened had her son not jumped in to save Kaycee. She was grateful to God for having her babies by her side.

On February 8, Mayor Sandy Stimpson gave Kayden the Exceptional Citizen’s Award for his bravery. The little boy dressed up like a man to receive the award, while his mother felt proud knowing people recognized her son’s courageous act.

On the weekend after the incident, little Kaycee celebrated her second birthday, which made her mother feel emotional. She realized the birthday celebration wouldn’t have been possible without Kayden.

We appreciate little Kayden’s brave act to save Kaycee and hope he inspires other children to look after their siblings.

Click here to read how a seven-year-old California boy risked his life to save a drowning toddler from the bottom of a pool.