“All grown up..”: 10 Grandkids of Elizabeth Taylor, She was the One, who Brought Them Up.

Hollywood queen Elizabeth Taylor was officially married eight times, twice to the same man. Earlier this year, the actress’ granddaughters, Naomi and Laela Wilding, shared their memories of her in an interview on the Today show.

For the heiresses, the actress was a beloved grandmother and the main woman in the family, inspiring all of her representatives even after her death.

The memoir was timed to coincide with Women’s History Month. Then, in a conversation with Dylan Dreyer, Naomi, 45, recounted, “I remember well sitting on the floor in her dressing room. I loved watching her, watching her transformation.” 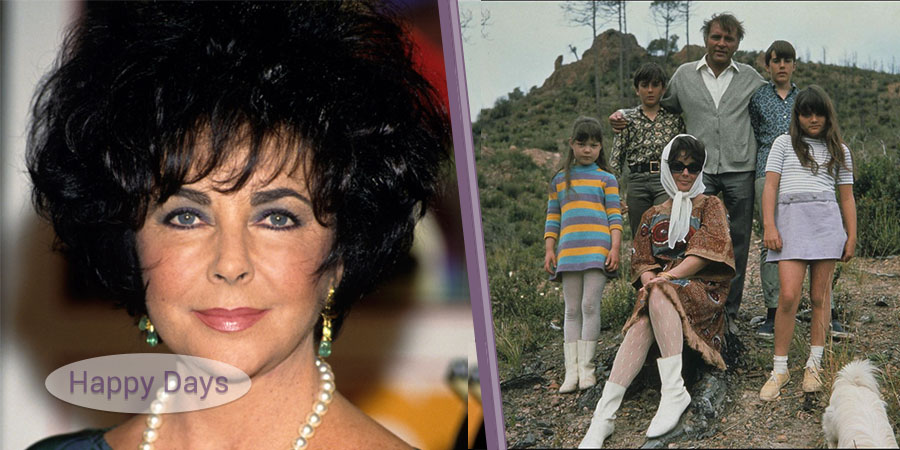 According to Naomi, it was the moment of Elizabeth’s transformation from an adored grandmother to a well-known and adored movie star. Naomi explained that even as a superstar, one can still be loving and affectionate.
As noted by Naomi, Elizabeth felt responsible for the upbringing of the younger members of the family and tried in every way to bring them up correctly.

Taylor’s granddaughter said during the conversation that her megastar grandmother always tried to follow what her heart told her to do. “She taught us that the most important thing in life is not to betray your love, to trust your heart and not be afraid to experience pain because of it.”

Naomi emphasized that her famous grandmother was proud of the fact that she was lucky enough to experience true love. Also during the interview it became known about the existence of several love letters to Taylor. Some of these letters, along with previously unpublished photos of the star, will appear in her biography, which will be released next year. 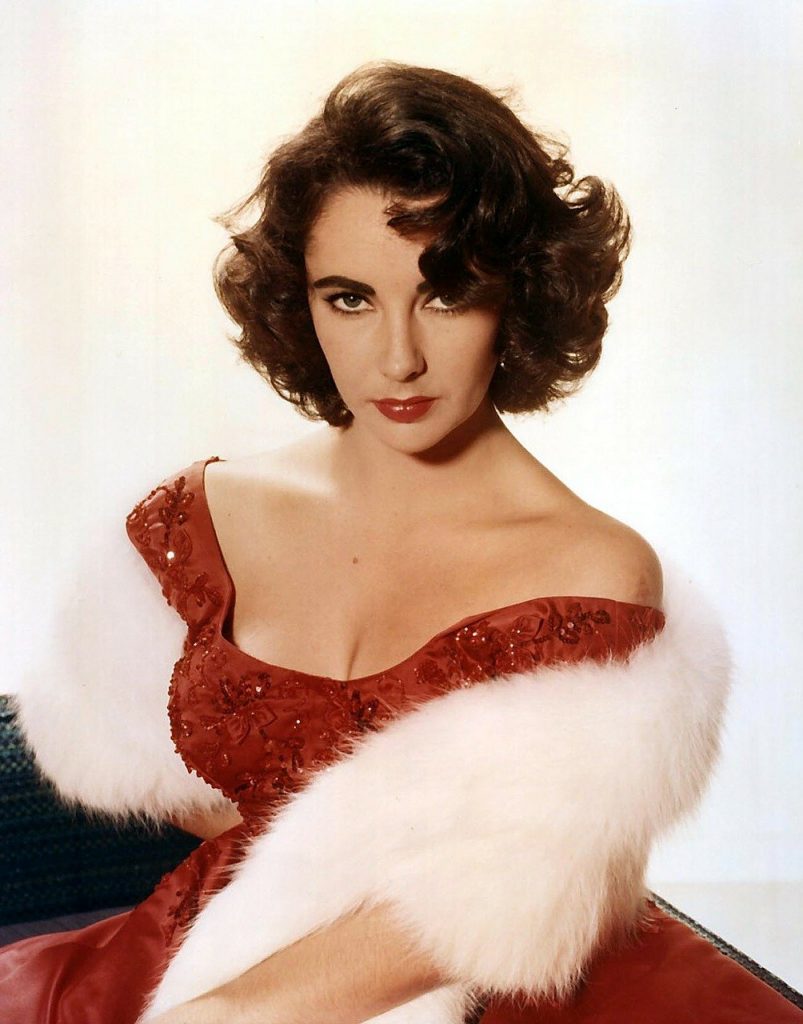 Elizabeth Taylor has always taken a proactive stance. As the film star’s 50-year-old granddaughter Laela noted, her grandmother’s life for many years was dedicated to the AIDS crisis that affected her from her earliest moments. “She understood that society didn’t realize the magnitude of the problem. That’s why she decided to take a proactive stance to bring as much attention to the problem as possible.”
Achievement of the British-American actress was the fact that in 1985 she was one of the founders of the American Foundation for AIDS Research. And six years later she herself organized the Elizabeth Taylor Foundation, focused on the fight against AIDS. This became her life’s work until her last days.

For many years the actress represented many famous organizations, as well as defended the right to equal pay for men and women.

The fiery brunette went down in history as the owner of a million-dollar fee for the legendary role of Cleopatra. Three-time Oscar winner Taylor was one of the first celebrities to launch her own perfume brand. It is noteworthy that Elizabeth was an example to all members of the family, she was set as a role-model. According to Laela, she is inspired by the achievements of her famous grandmother, moreover, even Laela’s daughter would like to be like Elisabeth.

The sisters admitted that they would be glad if the example of Taylor’s active lifestyle and philanthropic work would be adopted in society.

The heirs of the queen of Hollywood make every effort to ensure that her legacy is preserved for many years to come. Laela is engaged in graphic design. In her May 2017 interview for Town Country, Laela revealed that her grandmother’s compassion and determination for those around her is an inexhaustible source of inspiration. 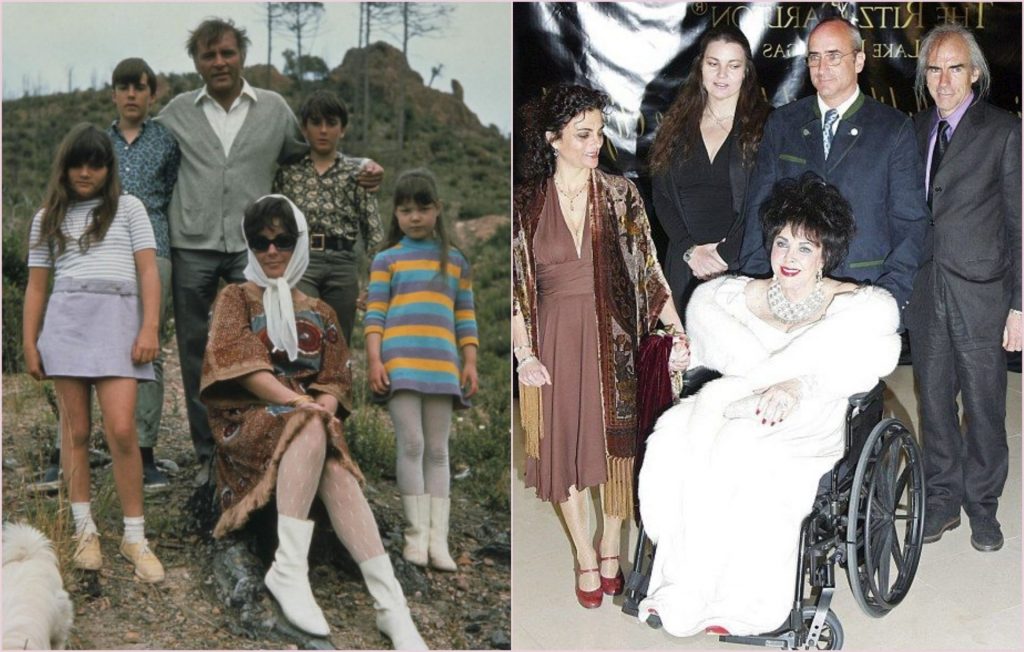 Most of the projects that Elizabeth has taken on with all her heart are led by her grandson Quinn Teavey, 35. He plays a special role as an artist and trustee for the Elizabeth Taylor Foundation. When the actress passed away, it was Quinn who took it upon himself to continue the work once begun by his grandmother. An event was then organized to honor Taylor’s memory, where Quinn and his cousin Tarquin were invited.

In preparation for the event, Teavey was so impressed by the stories of the people who worked with Elizabeth that he decided, by all means, to preserve and continue the work begun by his famous grandmother.

According to Naomi, a Los Angeles gallerist, the event allowed all family members to contribute to Elizabeth’s memory, as there had been no need to do so before. 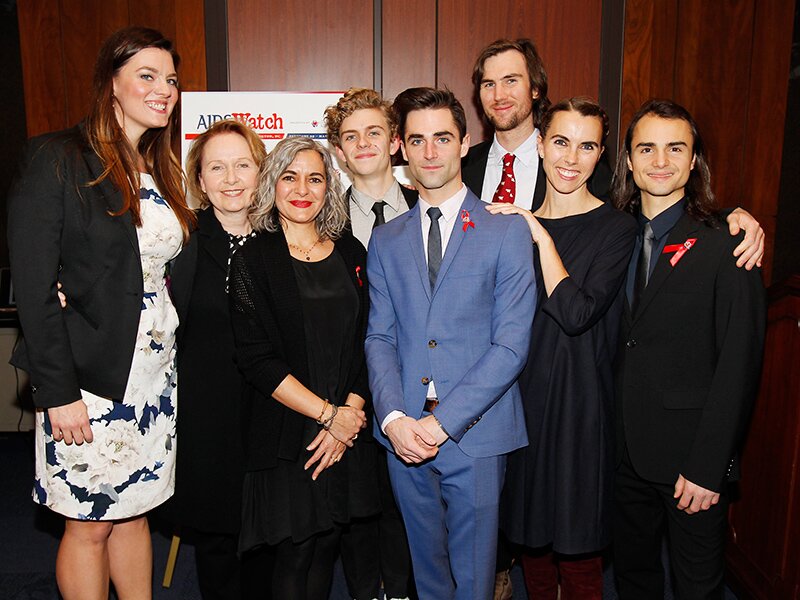 In addition to the philanthropy Taylor was active in, she was a recognized style icon. Naomi talked about her fond memories in an interview with Glamour magazine in February 2014. She shared memories of when she and Laela would visit her grandmother and sit in her dressing room for hours. Naomi remembers that Elisabeth’s closet held designer clothes like Valentino and Versace, as well as items she’d brought back from Mexico.

Naomi remembers Elisabeth taking her jewelry out of the closet and then sitting on the bed together. Then her grandmother would tell them stories from her life using each piece of jewelry as an example. It is worth noting that Naomi was attracted to the study of fashion design at Central Saint Martins in London precisely because of the fact that she played with the famous grandmother’s outfits and sewed with her. 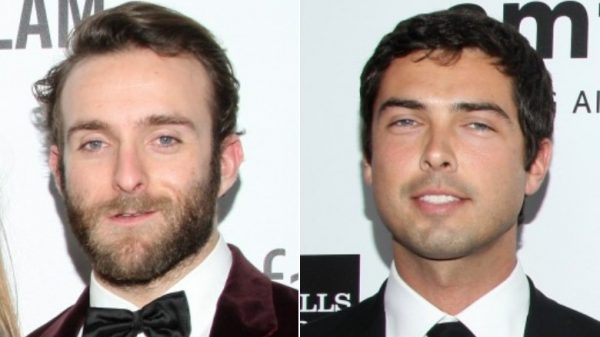 Another granddaughter of the actress, Elizabeth Carson, shared her memories of her grandmother during an interview for Town Country in spring 2016. Carson recounted how her grandmother was the one who got her ready for her high school prom and did her hair and makeup. And Taylor’s favorite piece of jewelry were Indian chandelier earrings encrusted with diamonds, rose quartz and pearls.

Taylor was not only a loving and caring grandmother, she was first and foremost a mother of four children. Elizabeth’s second marriage to Michael Wilding produced two sons, Michael Jr. (1953) and Christopher (1955). Married to her third husband, Michael Todd, she had a daughter, Liza (1957), and when Taylor married Richard Burton, she became the mother of another daughter, Maria (1961).

Elizabeth Taylor’s first granddaughter was Laela, born in 1971 to Michael Jr. and Johanna Lykke-Dun. Laela is a yoga instructor in Portland, Oregon. 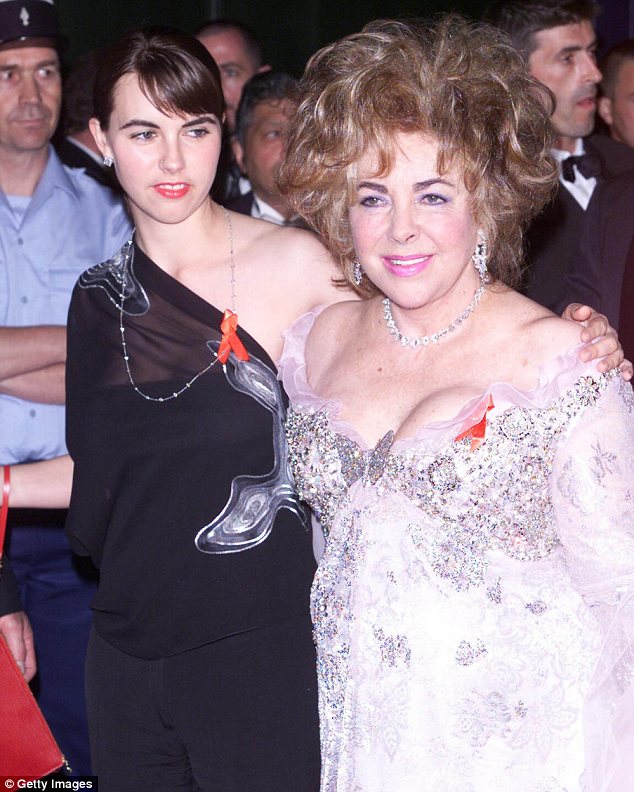 Five years later, the actress’ second granddaughter, Naomi, was born. Today, she and her husband Anthony Cran are at the helm of the Wilding Cran Gallery in Los Angeles.

In 1983, Taylor becomes a grandmother for the third time. Her son Christopher Wilding and wife Eileen Getty gave the actress a grandson Caleb Wilding. A year later, their family will have another boy, Andrew Wilding. He would continue the career of his famous grandmother and dedicate his life to the stage.

In 1989, Michael Jr. and his new wife Brooke Palance would have a son, Tarquin. This would be Taylor’s third grandson.

After him, another heir, Lowell Wilding, would be born to son Christopher and his second wife Margaret Carlton in 1991. Today he is the spokesman for the Elizabeth Taylor Foundation.

The actress’ daughter Liza Todd, while married to artist Happy Tivey, would give the movie star a grandson, Quinn, in 1986. And, in time, another Rhys Tivey. Rhys is involved in music, is a bachelor in jazz performance at a New York University. 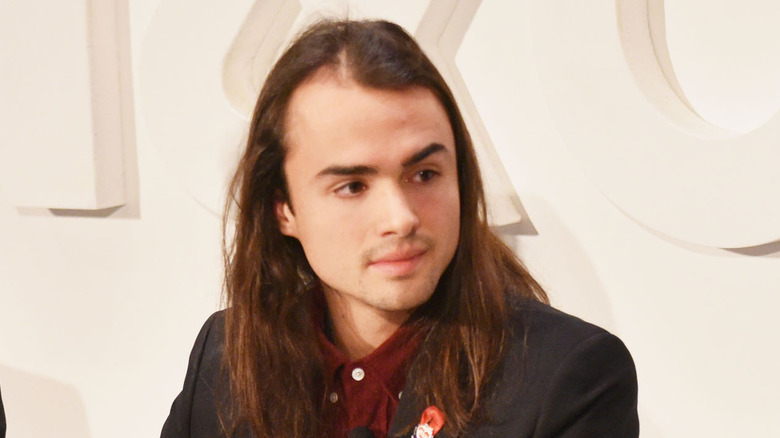 Another son of Maria Barton, Richard McKeown, is the youngest grandson of the actress. According to Hollywood Life, little is known about him, except that Mariah has initiated restrictive measures from his father through the courts. 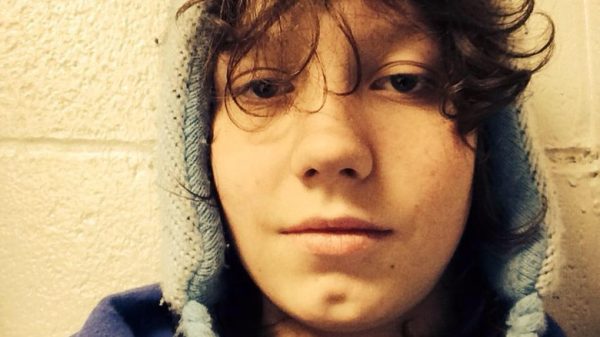 In a conversation with Kim Kardashian for Harper’s Bazaar magazine, the movie star shared that she never intended to own a large jewelry collection or get married multiple times. “I’ve lived a life just like any other person,” Taylor admitted.

The celebrated actress was born on February 27, 1932 in the prestigious Hampstead neighborhood of London. Elizabeth Taylor passed away on March 23, 2011. She died in Los Angeles from chronic heart disease.