Annette Funicello became a single mom of three after divorcing her first husband. She married an ordinary rancher who became a homebound husband. He became her caregiver after Funicello was diagnosed with a disease soon after their wedding. He saved her from their burning house a few years before the condition took her life.

Annette Funicello spent her life in the spotlight. She was a teenage star that grabbed everyone’s attention. When she was 20, she caught the eye of Jack Gilardi, a Hollywood film agent. The two were soon married, and they had three kids together.

Funicello shared that Jack called her Dolly, just like her father used to. In her immaturity, she thought this was a good thing. The actress said that she still felt like a 16-year-old when they married. Her naïvety led to Jack making all the decisions, and she allowed it to avoid conflict. 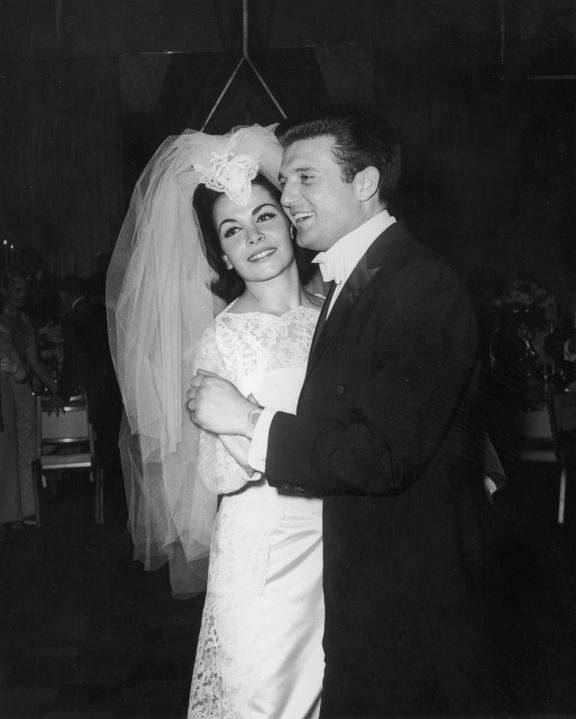 After 17 years with Jack, the marriage became stifling. The actress and the agent divorced out of court, and Anette ensured the kids had a good relationship with their father. She spent the next five years on her own, with a few men – that she didn’t describe as “eligible” – calling her up.

During this time, the actress spent her days focussing on her children. She drove carpools like an ordinary mother and worked at the school where she and her children graduated, St. Cyril’s, as often as she could.

Funicello said the divorce also taught her to be more self-assured. She never viewed herself as a docile individual and enjoyed speaking her mind and defending her opinions. After she and Jack split up, the Disney star learned to assert herself, even if she still hated conflict. 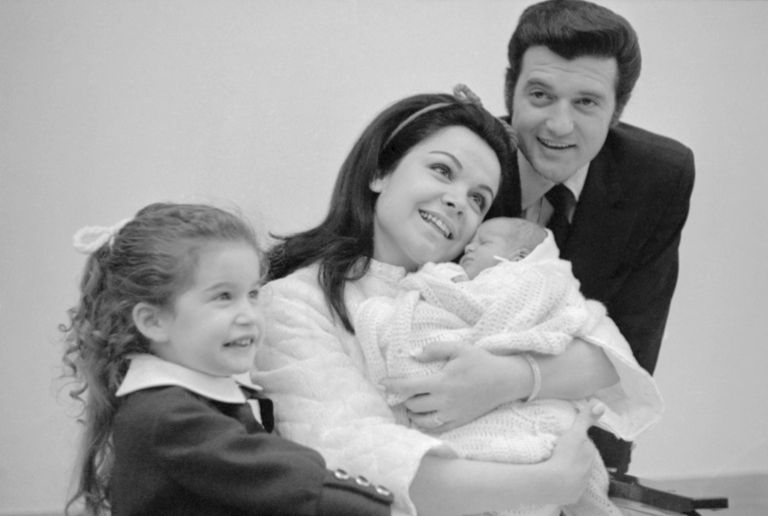 After her divorce, many of the men who called were already married. Funicello remembered that this shocked her because she often knew the men’s wives. But Funicello wasn’t looking for a new husband in any case. She related that she had always enjoyed being alone, and now she had the chance to find her feet on her own.

After spending five years as a single mother, Anette decided to visit the Hollywood Park Racetrack, where she used to keep her horse. Here, she started chatting with an old acquaintance. Glen Holt also kept horses there, and he had known Funicello since she was 18 years old.

By the end of her life, Funicello was being cared for by her husband full-time.

Funicello said that she never wanted to marry an actor. In 1986, she tied the knot with the rancher. Holt was also divorced before he married Funicello, and he brought four children into the mix. With her three kids, the family was sizeable, and someone needed to look after the young ones.

Funicello enjoyed family life immensely and rarely did movies anymore. Instead, she helped out around the school and took care of the kids. But Holt was always ready if she needed a hand. He knew what he was getting into when they married and did his part with a smile.

Funicello started shooting “Back to the Beach” with Frankie Avalon in 1987. During this time, Holt took over at home and cared for the kids. Sometimes he would even bring one of the children to say hello to their mom on set.

The shooting of “Back to the Beach” was the first time the actress was separated from her husband for an extended period, so it was a slightly rough time. But, with Holt’s help, things went smoothly, and she could work without worrying about the household. 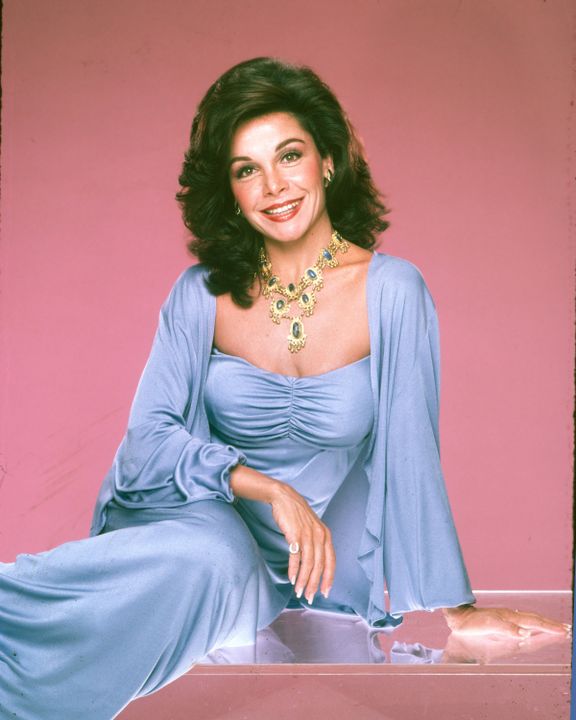 While filming with Avalon, Funicello realized she had trouble walking on the beach. She noticed her balance was off, and she felt unsteady on her feet. Finally, the ex-Mouseketeer went to a neurologist. The feedback wasn’t good.

A year after Funicello and Holt married, the actress was diagnosed with multiple sclerosis. Life with this degenerative nerve disorder wasn’t easy. At first, the married couple decided to keep it quiet. Only their family and close friends knew.

Holt also told Avalon in secret. He was worried about his wife and wanted someone to look after her at work. Avalon and Funicello were also about to head out on a concert tour. Holt was there to help, but there was nothing he could do on stage. He remembered:

“I was afraid if she got too close to the edge of the stage, she might fall because she was becoming so unsteady on her feet.” 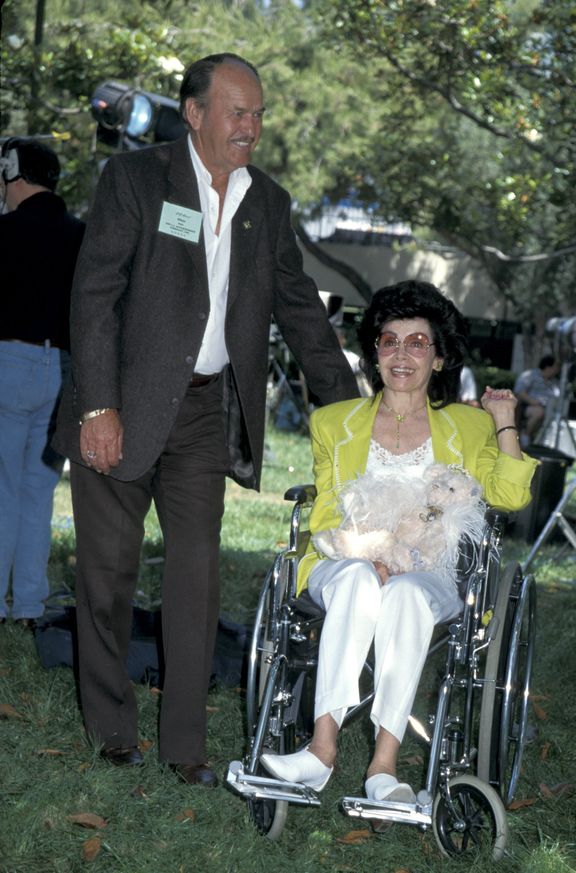 The two didn’t make the news of Funicello’s condition public for five years. They kept it quiet as her health deteriorated, and she became more unsteady on her feet. The media started to notice, and rumors of her intoxication started to spread. Holt shared:

“She knew then that it was time to go public with the diagnosis, and the story soon broke nationally in USA Today.”

Everyone was shocked by the news, and Funicello was flooded with well-wishes. But, as her condition grew worse, another tragedy struck. In 2011, a fire ravaged their home. Funicello was in a wheelchair by this time and was mostly helpless. Her faithful husband saw the fire first and knew

Throughout the years, Holt never left her and never faltered when she needed help. When he saw the fire, he didn’t even hesitate. He managed to get her out safely, but their home of 40 years burned down completely.

By the end of her life, Funicello was being cared for by her husband full-time. She was surrounded by her many children and grandchildren and had her loving husband at her side. Holt never gave up on her. He made sure her needs were met until the end.

Besides caring for Funicello, Holt was also in charge of the non-profit organization started in Funicello’s honor, the Annette Funicello Research Fund for Neurological Diseases. The organization focused on providing funding for research into neurological diseases. Holt commented:

“It’s so important to Annette that we provide grants for institutions and doctors who are working on promising new ways to treat, and hopefully cure, these terrible illnesses.” 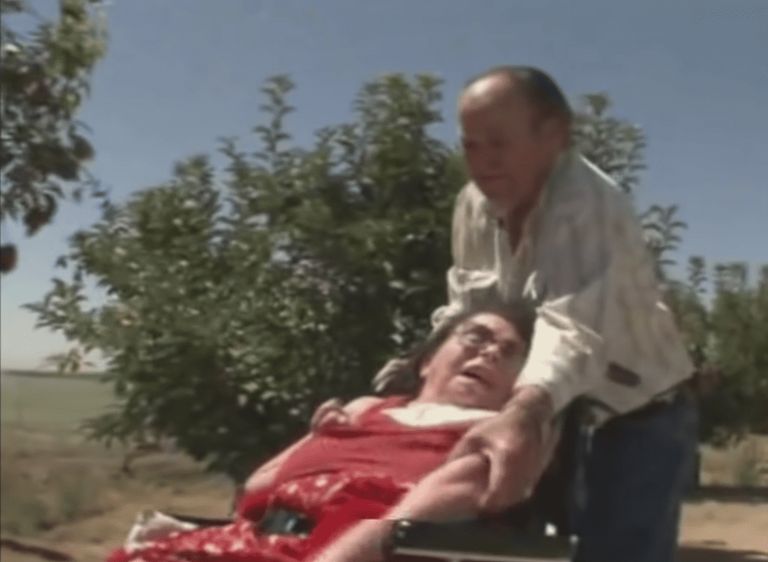 Funicello passed away in 2013, leaving her husband, children, and grandchildren behind. After her death, Holt spent his time reading through medical research on multiple sclerosis for the research fund.

She hoped that the fund could help researchers in the field of neurological disorders find a cure for multiple sclerosis. The illness may have taken its toll, but she never gave in and never lost hope. She said:

“My equilibrium is no more; it’s just progressively getting worse. But I thank God I just didn’t wake up one morning and not be able to walk.” 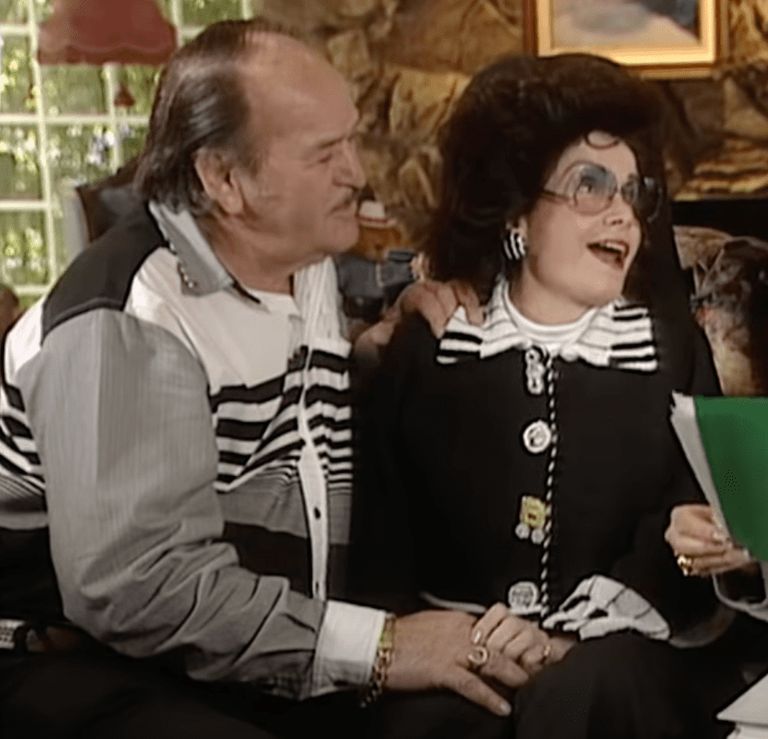 Four years after Funicello passed away, Holt joined his wife. He passed away in 2018, surrounded by his loving family. The Annette Funicello Research Fund For Neurological Diseases thanked him for his years of service as Chairman.