At 103, ‘Hurricane’ Hawkins Takes Home The Gold At US Senior Games

Julia “Hurricane” Hawkins brought home two gold medals in the 2019 Senior Games which are currently taking place in Albuquerque, New Mexico. The 103-year-old snatched a 50-meter and 100-meter dash gold but didn’t beat her 2017 world record for the 100-meters. 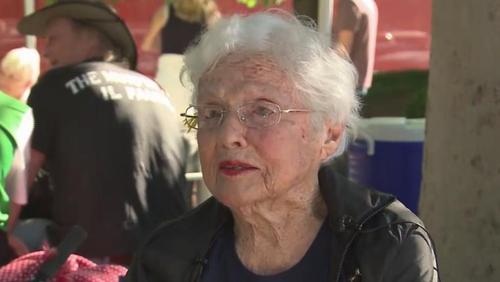 The “Hurricane” started off her competitive career in cycling until she began running at the age of 100. According to the Senior National Games Association, at 103 she is the oldest female competitor in the United States.

She doesn’t let age stop her, however, and recently spoke to Good Morning America about her later-in-life athleticism. She said she mainly watches what she eats and does a little exercise by working in her garden in Louisiana. 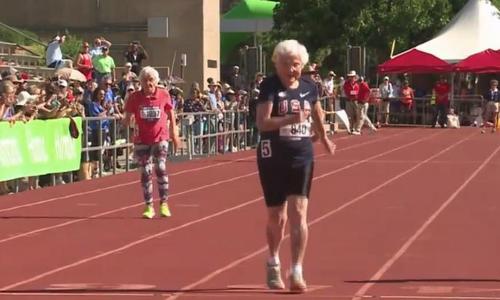 Her longevity is miraculous and she agrees by saying, “When you’re 103, every day is a miracle. I just keep getting up and I’m here again.” She is living an absolutely incredible life as the mother of four, grandmother of three, and great-grandmother of three.

She told the Today Show about her life as the wife of a physics professor at Louisiana State University, who she built a home with right after WWII that she still lives in today. 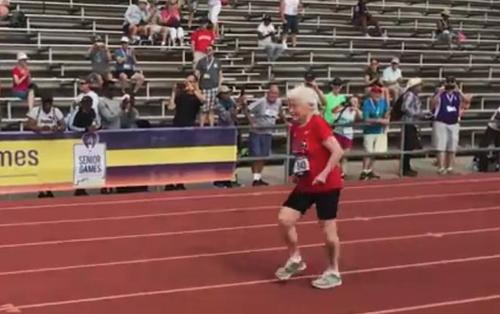 She told the Today Show she hopes that she is an inspiration to older people to not stop moving and just keep doing things that they’re interested in. “I’m glad I won two gold medals,” she told GMA, “it’s awe-inspiring to me to be able to do this.” We also think it’s a very awe-inspiring, and congratulate Julia on her big wins.

Watch more in the video below:

Do you know any athletes who will give Julia a run for her money? Let them know that they inspire you by passing along this article.