Boy Carries Home Disabled Friend on His Back, His Grandma’s Bills Get Fully Paid as Reward — Story of the Day

A poor boy carries his disabled best friend on his back to take him home. A few days later, his family’s problems get unexpectedly sorted, followed by a tear-jerking encounter on his doorstep.

10-year-old Buddy was just an ordinary boy but with an extraordinary heart. He had a lot of friends but never really had a ‘best friend’ until he met Simon—a new boy in class who used a wheelchair.

None of the children liked to play with Simon. He was set aside during games, and nobody showed any interest in befriending him except for Buddy. He turned against everyone and quickly bonded with Simon because he believed true friends come in different sizes and shapes… 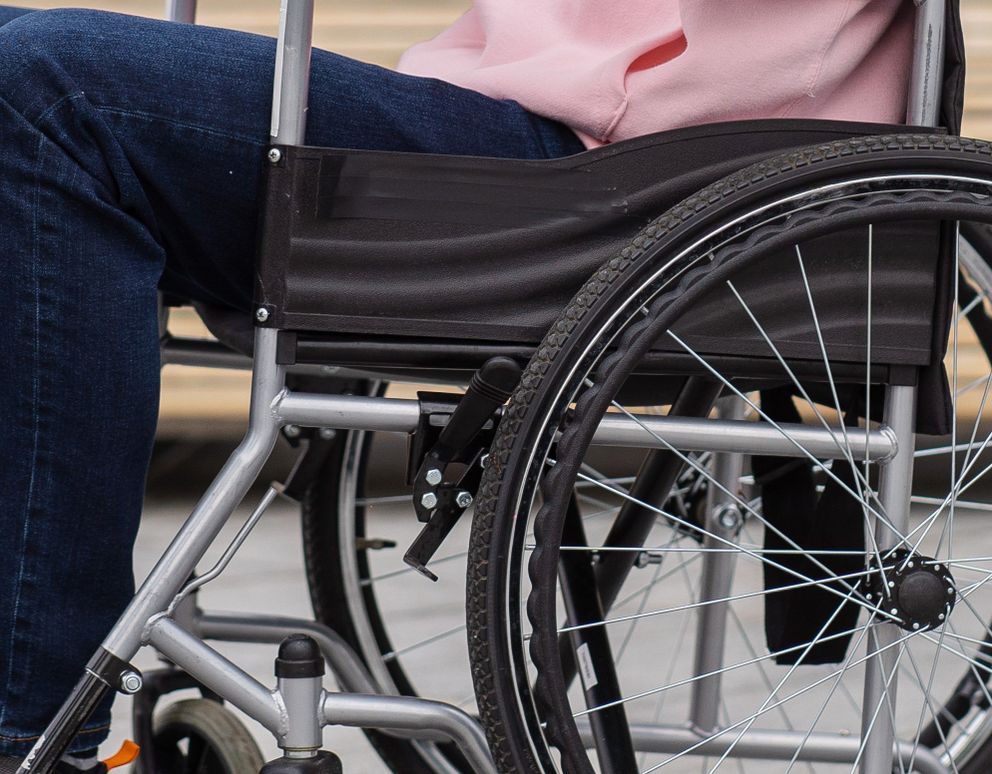 Buddy lived with his grandma, Doris, in their small home on the outskirts of town. He had lost his parents five years ago in a car crash. Doris raised him, and she was all he had, and he always wanted to make his grandma proud.

It was the happiest moment of Buddy’s life, but another surprise awaited him.

Buddy promised himself that he would do anything to make his grandma proud and happy, and His prayers were soon answered, but in a way he never imagined. 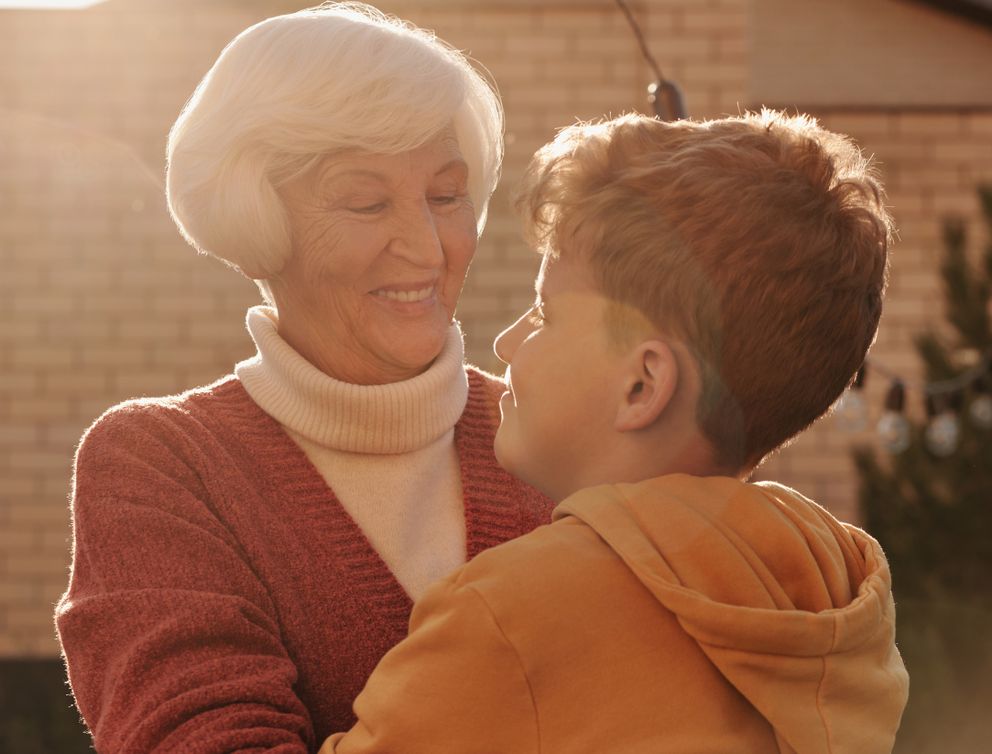 “Haaaa! I still have a long way to go to help granny. I am only ten. I still have to finish school, go to college, and get a job…Only then can I bring her money to help her,” he often thought.

Buddy had always wanted to help Doris with her medical bills and rent, so during his free time, he mowed neighbors’ lawns, walked dogs, and even helped older people carry their groceries home in exchange for $1.

So far, he had saved $70, but that wasn’t enough to meet their expenses. Not one to be disheartened, Buddy kept going and the only other person who comforted him was Simon—his best friend.

The two boys often ventured into the woods near their school to watch birds during their spare time. It was their favorite hobby.

One afternoon on their last day of school before the summer vacation, they went to their favorite spot in the woods.

Buddy was pushing Simon’s wheelchair, discussing how thrilling their adventure would be. They giggled their way into the dense forest, knowing little about what was coming. 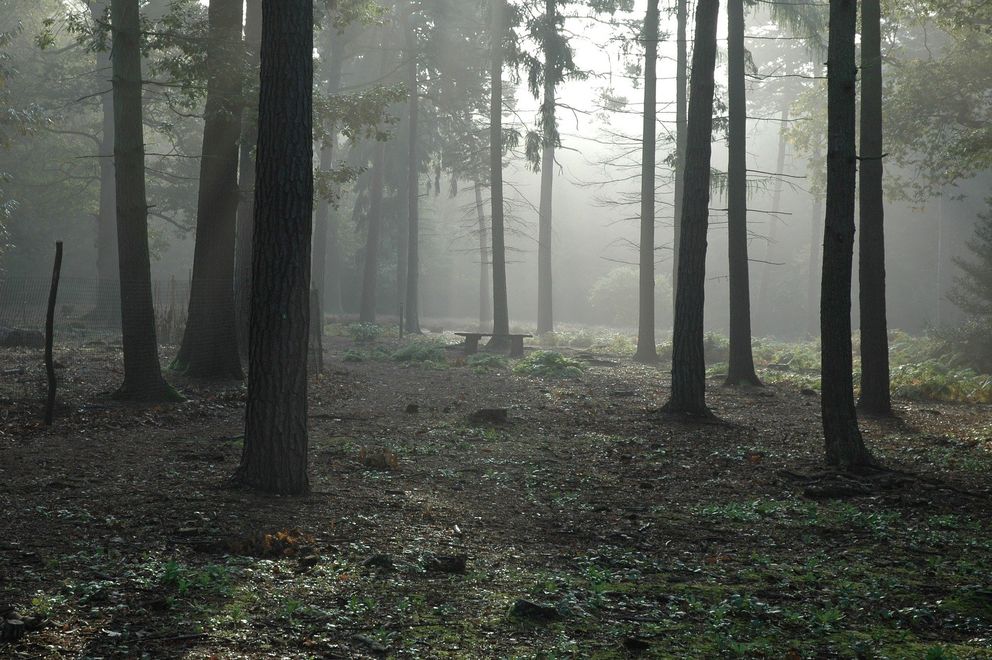 “I think we should go back, Simon. I guess last night’s rain has messed this place up. Look, it’s so swampy and wet.”

But Simon insisted. “It’s alright, Bud. Let’s keep going. I’m sure we will see plenty of birds because they mostly come hunting for worms and insects after the rain. Push me, will you?!”

Moments later, the boys had a problem moving forward. One of the wheels rammed into a branch beneath a puddle of mud. The wheelchair broke down, making it difficult to move ahead.

“Jesus! How are we supposed to head back? We’re stuck!” shrieked Simon.

The weather started to turn rough again. The boys could hear thunder rumbling across the mountains, which scared them. They wanted to run but could not leave one another.

“Wait! I’ve got a plan,” exclaimed Buddy, leaning over and scooping his friend up from the wheelchair. His attempt failed because Simon was too heavy for him. But he wouldn’t give up just yet. “Simon, wrap your arms around my shoulders. Hold tight, Simon. This should work.”

Buddy finally succeeded in lifting Simon on his back. He held the boy’s legs and carried him to the empty main road. Unfortunately, the vehicles that usually took that route were diverted as a tree had fallen and obstructed the path, so there was no chance the boys could hitch a ride home.

Buddy was hungry and exhausted. But what mattered the most to him was to take his friend safely home. He walked with Simon latched onto his back, panting and puffing. He was tired, but he kept on going. 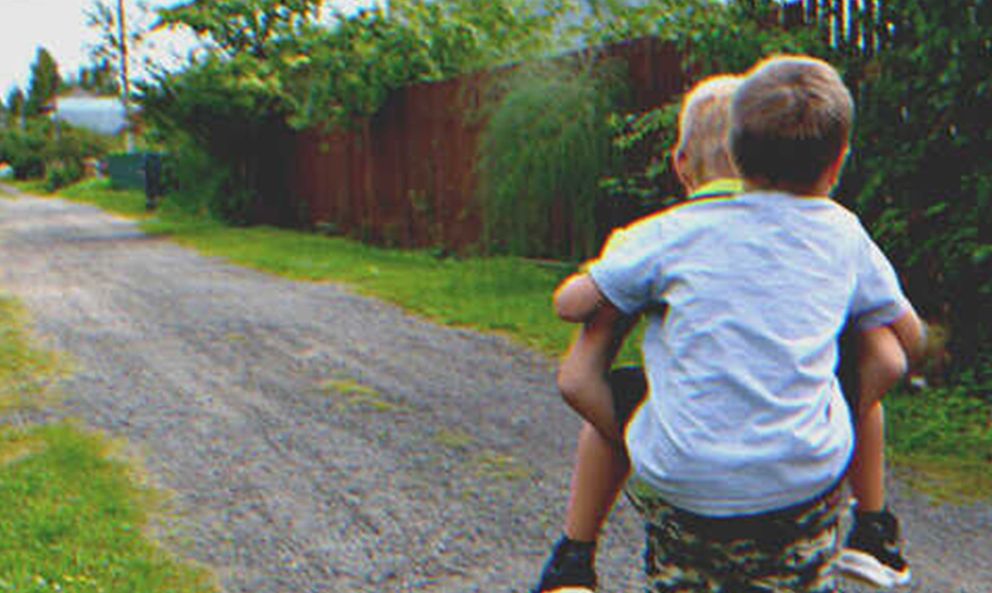 An hour later, the boys arrived at Simon’s house. His parents were worried and sighed relief after seeing them.

“His wheelchair broke down in the woods. So I carried him!” said Buddy.

“Buddy, thank you so much for bringing my son home safely,” Simon’s mom cried. “I can’t believe you carried him on your back the whole time!”

Simon’s parents offered him some pie in gratitude, and Buddy enjoyed a piece before bidding the family goodbye.

He returned home to his grandma and never bothered to mention what he had done that day. He did not consider carrying Simon on his back a big deal.

A few days later, their landlord dropped in and told her something that startled Doris.

“Mrs. Freidman, you needn’t worry about this year’s rent. It’s fully covered. I came here to inform you that.”

“My rent is paid? But I was just about to call you to ask for an extension.”

“Yes, your rent is fully paid. You don’t have to worry.”

“But who paid my rent? I did not ask anyone to do it.” 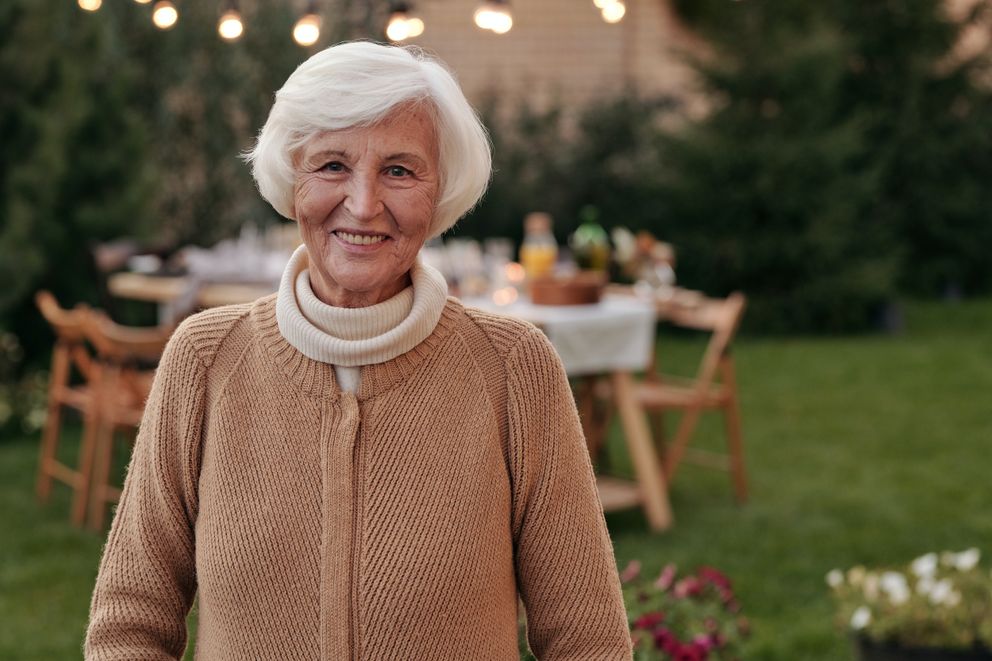 “You have raised such a wonderful grandson, Mrs. Freidman!” they said as Buddy watched in shock.

As it turned out, Simon had told his parents how Buddy always wished to make his grandma proud and to help with their financial struggles. Though Simon’s parents were poor, they decided to help Buddy, who had always been kind and caring to their son. They started a fundraising campaign online and managed to raise $12,000 for Doris and Buddy.

“…And this is how we managed to pay your rent. We even brought you some medicines,” revealed Simon’s dad. “Mrs. Freidman, we’re glad we could help you.”

Doris and Buddy were overwhelmed. They invited Simon and his family for dinner that night. It was the happiest moment of Buddy’s life, but another surprise awaited him. 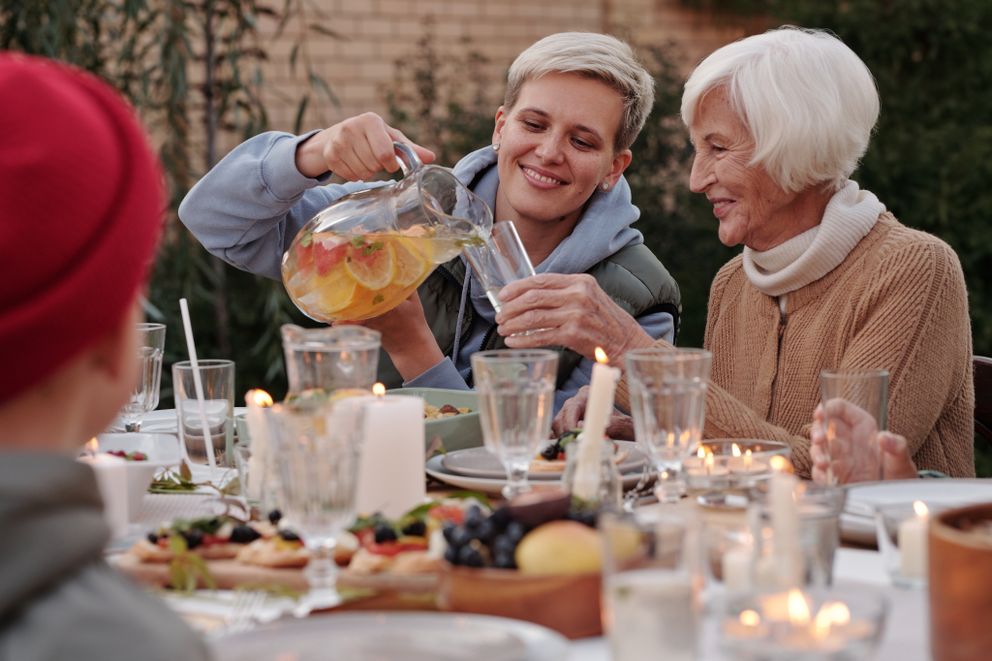 A few days later, he answered the door and was surprised to see Simon outside — without his wheelchair and standing on his feet!

“You made our lives much easier, Bud. You helped me, and my parents helped your family. Our neighbors learned this, and in turn, they raised money for my leg surgery. In the end, all of us helped each other!”

The boys hugged and shed tears of joy, having realized how a little act of kindness could spiral and return tenfold. 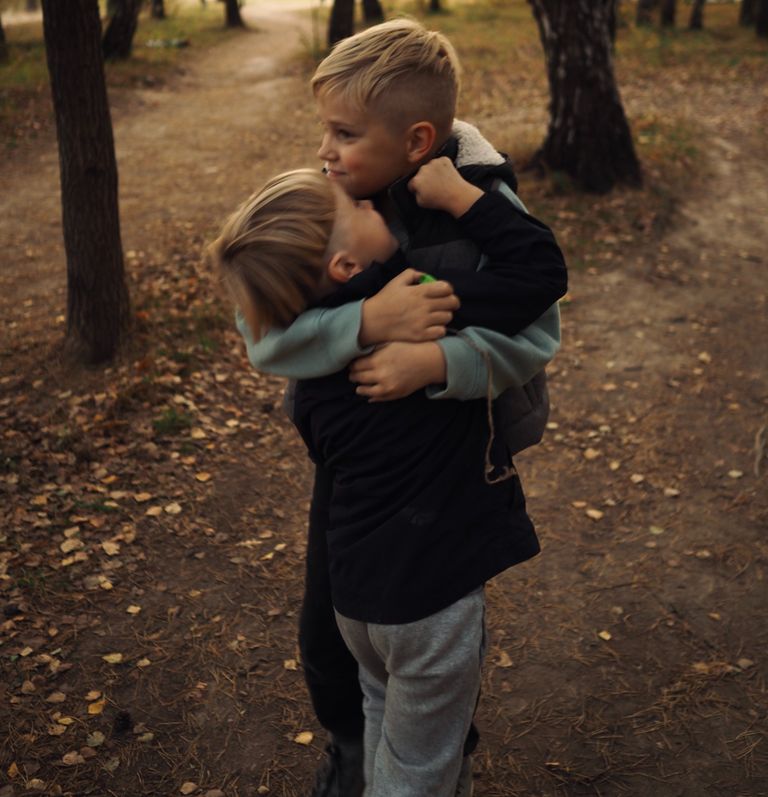 A simple act of kindness can transform a person’s life. Buddy carried Simon on his back and assumed it wasn’t a big deal. But that small act of kindness returned to him tenfold after Simon’s parents raised funds to help him and his grandma pay their bills.
Not all heroes wear capes. After learning how Simon’s parents raised funds to help Buddy and his grandma, neighbors collected money and paid for Simon’s leg surgery.