After surprising his neighbor, a young boy was inside her house when he noticed a familiar photo on the shelf. Is that mom? he wondered before showing the picture to the elderly lady.

Mark enjoyed walking on the street outside his house on Christmas Eve every year to see how his neighbors decorated their houses. He loved looking at the lights and the beautiful decor, but one house stood apart from the rest because it had no Christmas lights, and the front yard was always empty.

The teenager didn’t know much about the homeowner because she never talked to anyone. An old lady lived in that house on that corner of the street, but she rarely interacted with the neighbors or accepted invites from others. She liked to stay indoors, but Mark tried to silently help her whenever he could. 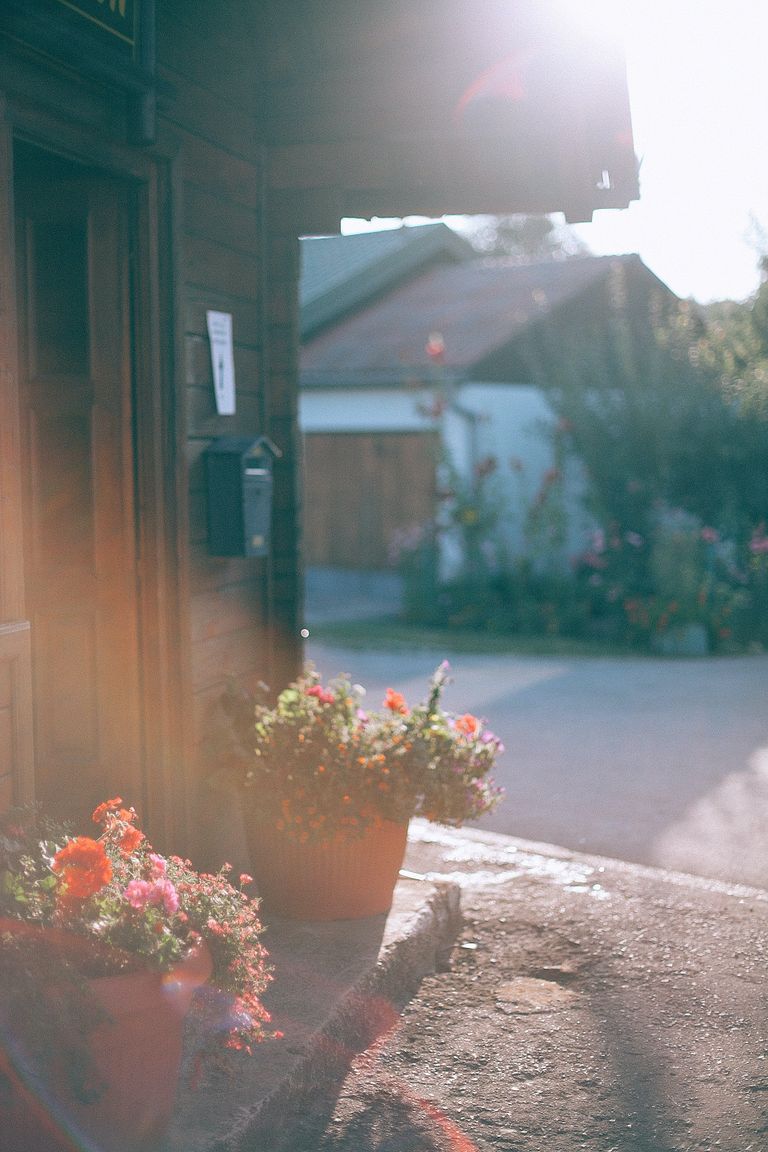 While walking down the street before Christmas, Mark noticed that the old lady’s house wasn’t decorated this year either. Why don’t the other neighbors help her put up lights or buy her a Christmas tree? Mark wondered.

As he walked home, he thought he should do something to please the elderly lady in the spirit of the festival. “I think I know what to do!” he said before he entered his house.

The woman left her house every Saturday to buy groceries from the nearby supermarket. Mark thought that would be the perfect time to decorate her house and surprise her. Per his plan, the teenager grabbed a ladder from his house and a few garlands before reaching the old lady’s house.

He quickly decorated her main door and front yard, hoping she would feel happy after returning home. The woman reached home a few minutes after Mark finished decorating her house.

“Look, Mark,” she said. “There’s something your mother never told you.”

“Oh my God!” she exclaimed after looking at the beautiful decor. Then, she looked around and saw Mark standing in a corner.

“Did you decorate my house, young man?” she smiled at him while tears rolled down her cheeks. “I love it! Thank you so much!” 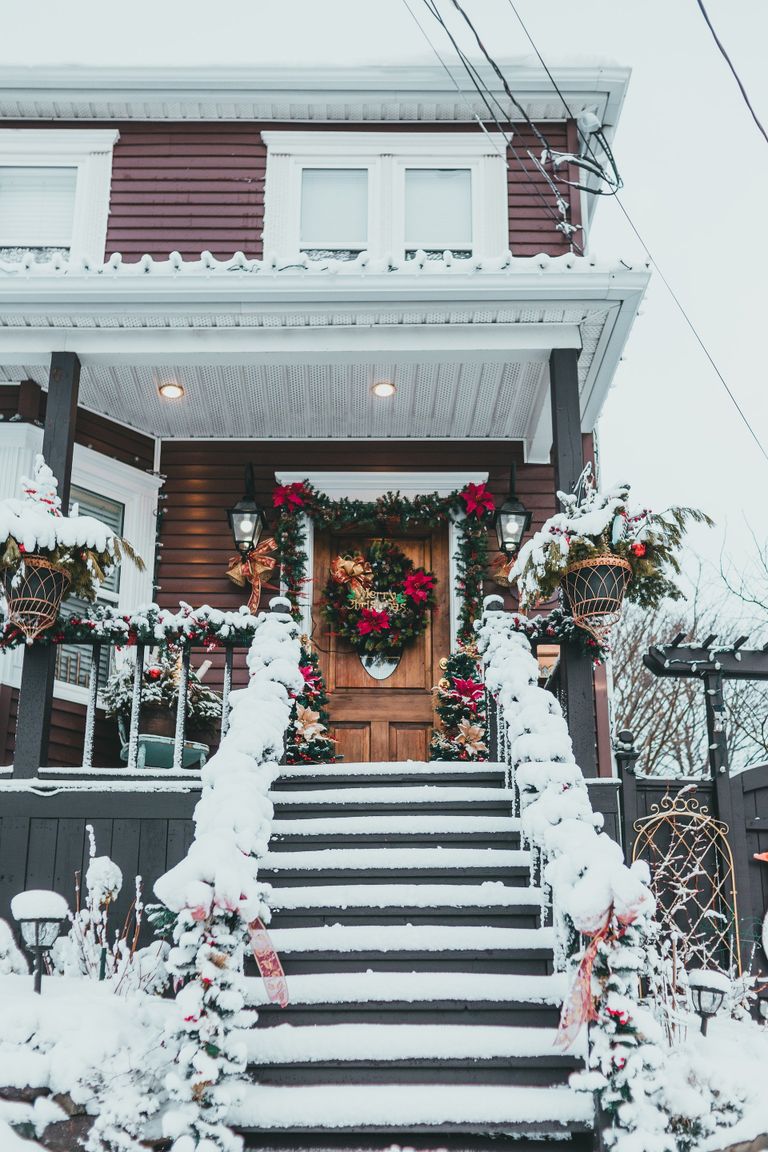 Mark was delighted when he saw tears in the elderly woman’s eyes. He felt happy because his little efforts made the woman’s day. “I’m glad you like it,” he said before turning around to return home.

“I rarely see you come out of your house, Martha,” Mark said. “But I’m glad we met today!”

“Why don’t you come in and have tea with me? I bought a fresh cake from the store. We can have it together!”

Mark didn’t want to offend the elderly woman, so he agreed to have tea with her. “Sure, I’ll join you,” he said and helped her put the grocery bags inside her house. 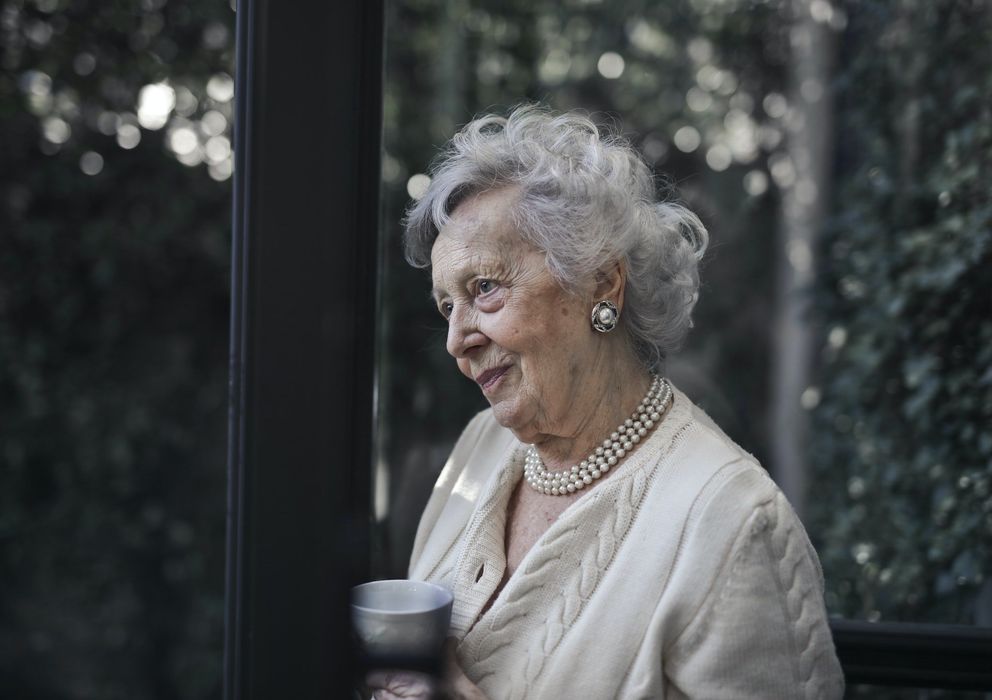 “You’ve got a beautiful house, Martha!” he looked around with his hands in his pockets. “I must say you have a knack for interior designing.”

After Martha served tea and cake, Mark sat in the living room with her. “This tea tastes so good!” he said. “Will you share your secret recipe?”

“You’re such a charmer!” Martha laughed. “I don’t have a secret recipe. Just pour hot water and dip two teabags in it. It’s simple!”

After finishing one slice of cake, Mark stood up and picked a photo frame from the shelf across the room. This photo seems so familiar, he thought. Then, he looked at the other photo frames and realized where he had seen those photos before. 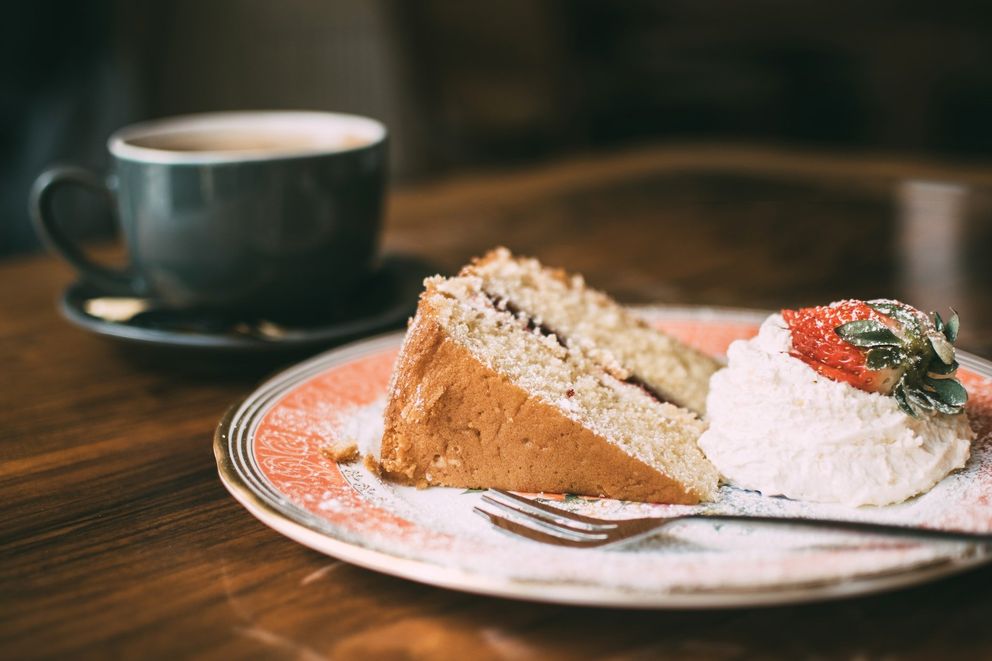 “Hey, Martha. I think I have seen these photos before,” he squinted his eyes and looked at her.

“Yes. I don’t know if this makes sense, but the little girl in these photos is my mother,” he said and showed the photos to the elderly woman.

After a few seconds of silence, Martha revealed one of her biggest secrets. “Look, Mark,” she said. “There’s something your mother never told you.”

“My mother?” Mark gave her a confused look. “How do you know her?”

“What?” Mark looked at her with eyes wide open. 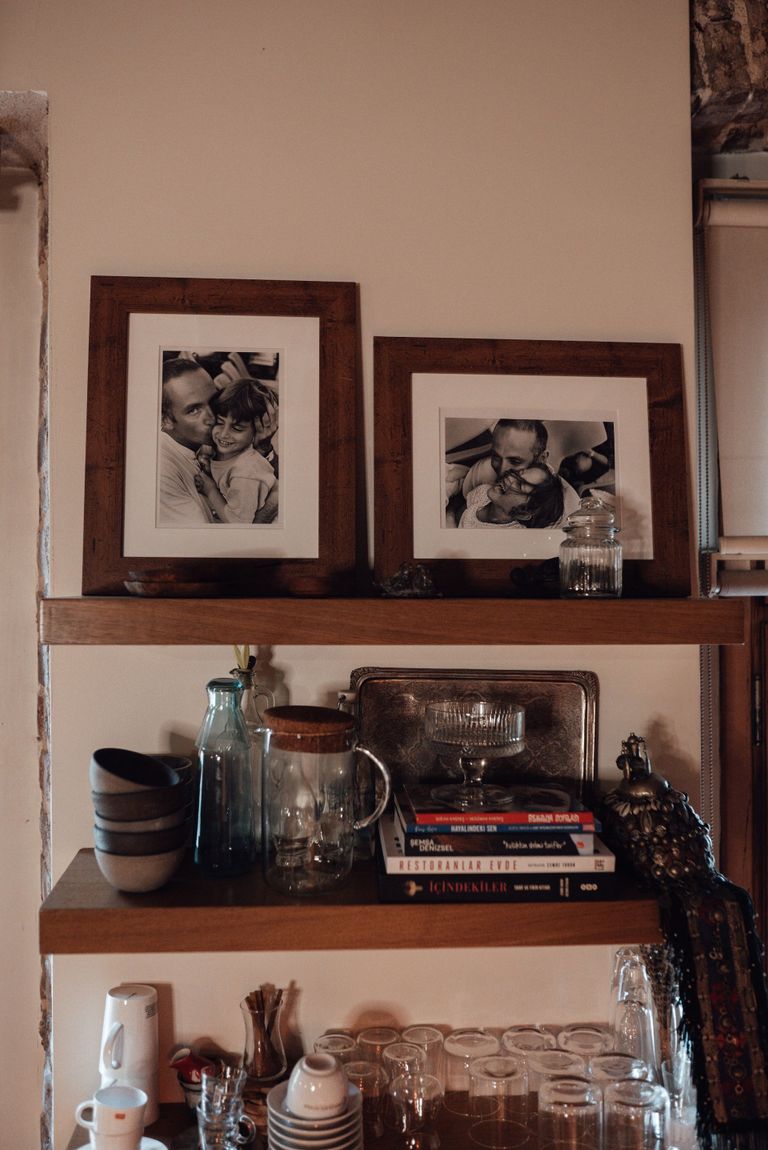 Then, Martha asked her grandson to sit and told him everything that happened in the past. “When your mother was young, she fell in love with your father, and I was against their relationship,” she revealed. “I didn’t want her to marry your father.”

Martha revealed that her daughter went against her wishes and got pregnant. When Martha learned about her pregnancy, she was furious. “I asked her to abort her baby. I didn’t want her to start a family with that man,” Martha said.

Later that night, Mark confronted his parents and told them he had met Martha that afternoon.

“Then, she moved next door with your father and refused to speak to me,” Martha added. “She married him and never let me come near you, Mark. She kicked me out of her life.” 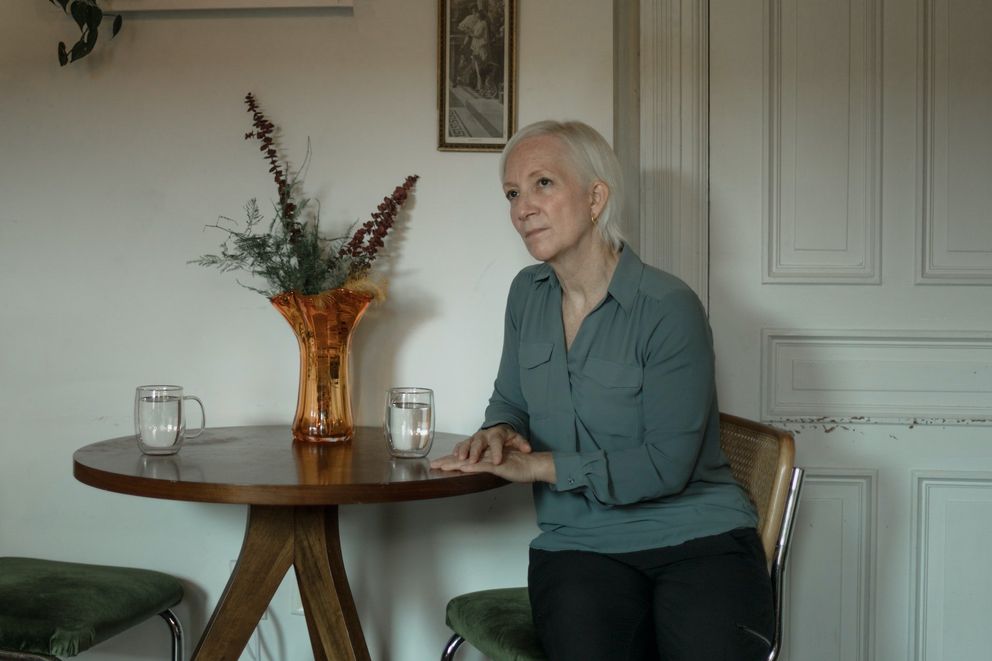 “I regret going against her wishes, Mark,” Martha looked at the ground and shook her head. “I should have accepted her wish of marrying your father.”

“But why didn’t you tell me that you are my grandmother?” Mark asked curiously. “I often passed by your house and greeted you, but you never told me anything.”

“Your mother made me promise I would never approach you, Mark,” Martha said. “I never dared to leave my house and socialize with the neighbors after your mother left me. I thought it was better to stay alone.”

“I can’t believe my mother did this to you!” Mark said.

“I never thought she could be so cruel to her own mother.” 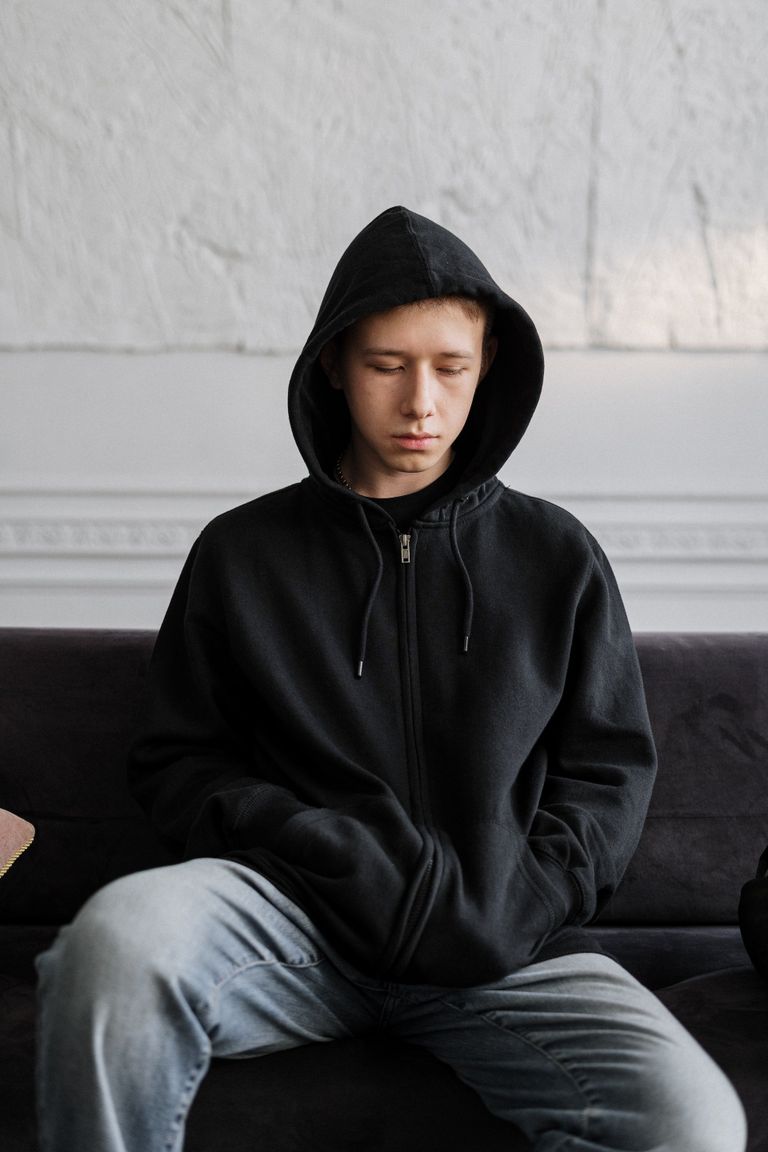 Later that night, Mark confronted his parents and told them he had met Martha that afternoon. “Mom, she’s very sorry about what happened back in the day. She regrets going against you,” he said.

“Mark, you need to stay out of this!” his mother yelled. “It’s between her and me.”

“I don’t want to hear anything!”

The next day, Mark talked to her mother about his grandmother again, hoping she would listen to him calmly this time. “Mom, look. I don’t mean to offend you, but your mother really needs you,” he said. “I think you should forgive her.”

“Mark, I told you to stay out of this,” his mother said. 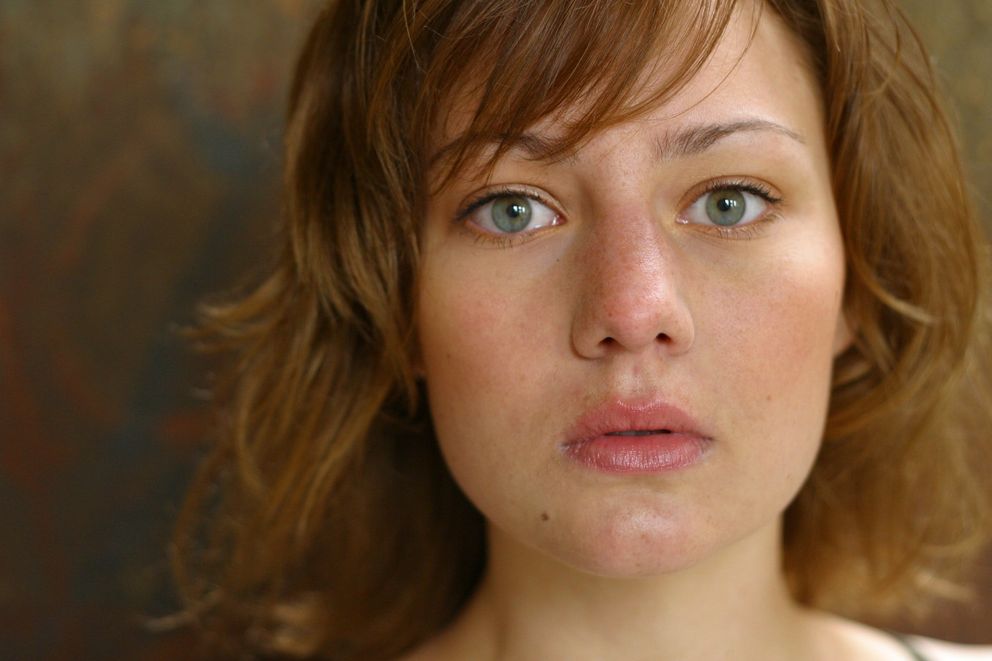 Then, Mark told his mother that Martha still had pictures of her and that she missed her. He tried his best to convince his mother, and soon, he succeeded.

“Alright, Mark,” his mother said. “I’m only doing this because you said so.”

On Christmas Eve, Mark took his mother to Martha’s house. “Who’s there?” Martha asked after hearing a knock on her door. No one usually visited her at this time of the year, so she thought it was unusual to have visitors.

However, when she opened the door and saw her daughter standing there, she couldn’t control her tears. “I knew Mark would bring you here!” Martha cried and hugged her daughter.

The elderly woman welcomed her daughter and grandson inside and sorted everything out. “Mom, I’ll never let you go now,” Martha’s daughter said. “I’m sorry for everything that happened in the past.”

After that day, Martha met her daughter, son-in-law, and grandson every day and invited them for dinner frequently. She was glad that her daughter finally forgave her after years of estrangement. 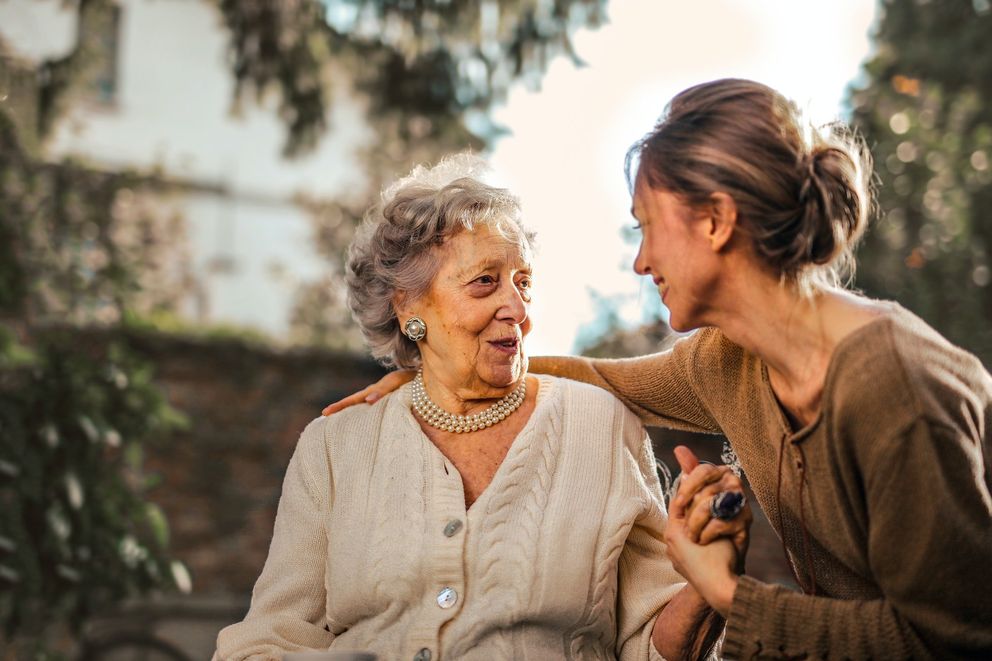 Be kind to your parents. At first, Mark’s mother didn’t want to talk to Martha, but when her son insisted, she couldn’t keep herself from apologizing to her mother. Mark could have lashed at his mother, but he was kind and soon reunited Martha with her daughter.
Sometimes, it’s okay to let things go. If Martha had accepted her daughter’s choice, she wouldn’t have lived a lonely life without her family.
Share this story with your friends and family. It might brighten their day and inspire them.