Boy Gives up Dream Shoes to Buy Boots for Poor Classmate, Soon Truck Stops at His House to Reward Him — Story of the Day

12-year-old David was excited to buy new sneakers after saving up for months but decided to buy boots for his classmate whose shoes were tattered. Little did he know that his kindness would be rewarded in an unexpected way.

David always found himself a window seat on the school bus back home. As always, he opened the window wide and let the afternoon breeze brush across his face as he recollected the game he played that day, moment by moment.

“That was unbelievable, what you did on the field today!” one of his mates had said.

“I think we’ve got a national-level player on our hands, guys. Get your autographs while you can!” another player teased David, patting his back almost a bit too hard.

That was the distant dream — playing for his country and creating history, like all his soccer heroes.

David could almost taste it; the sweet air of victory and pride when his team and he held the golden championship trophy and smiled for the photographs. 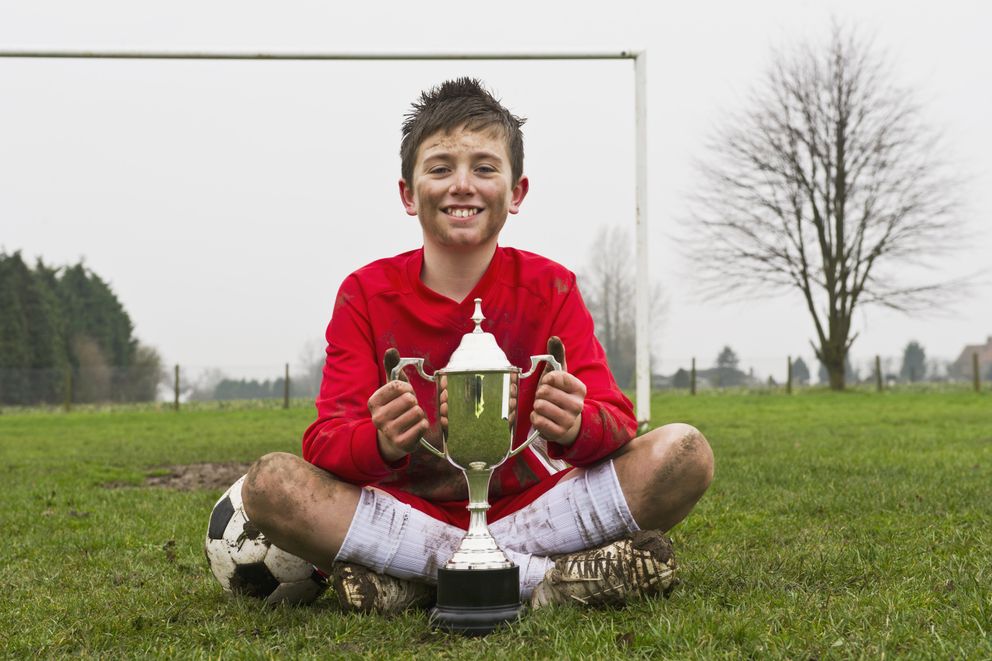 David would constantly rehearse what he would say for the cameras and the papers at the end of the match. How he rose from humble beginnings. And how he owed his mother everything he had become.

David was so deep in his daydream that he didn’t realize one of his classmates had asked permission to sit next to him.

The boy sat down next to David, hugged his backpack, and started dreaming his own dream. ‘I want to become the best soccer player in the school. Just like David. I can’t believe I’m sitting next to him!’

The boy was a true fan of David’s game and wouldn’t miss a chance to watch him play. In his mind, David was everything he wanted to be. He wanted to play like him, have tons of friends like him, and even wear those fancy soccer shoes David was wearing. 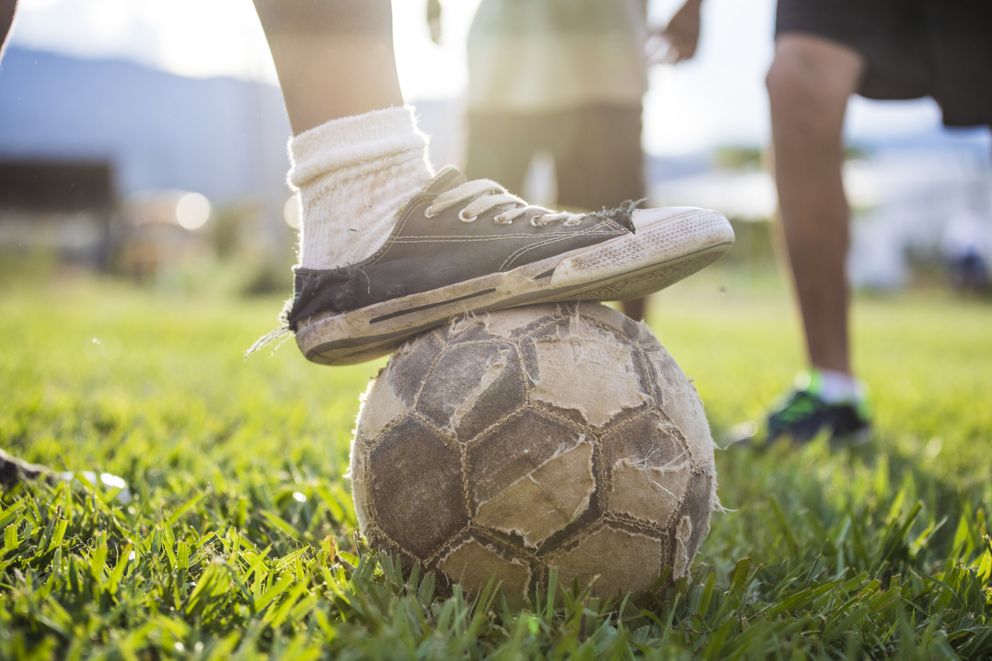 ‘These old tattered shoes should do…for now,’ the boy thought, hiding his feet under the seat out of embarrassment.

Guillermo was always shy and found it challenging to make friends. One day, the boy finally found the courage to talk to his hero.

There was an awkward silence as David went back to daydreaming.

“I…really like your shoes!” Guillermo blurted the first thing that came to his mind.

“These? These are really old, and the soles have already started to come off. You should see the new shoes I’ll be getting…” David’s eyes lit up, thinking about the dreamy pair of sneakers he had been saving up for.

“Tell me more about them!” Guillermo said, slowly tucking his feet under the seat. He didn’t want David to see how ugly and tattered his own shoes were. 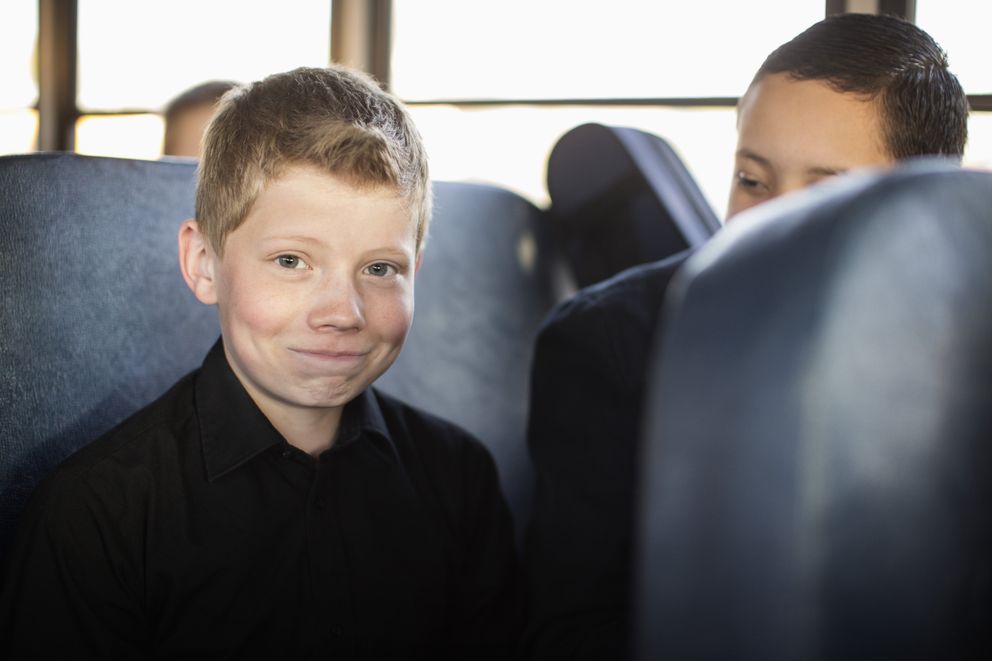 “Well, they’re perfect! They’re neon orange, and they’ve got unbeatable grip…”
It had been seven months since David had been raising money to buy the pair of sneakers he wanted. This was the first time the 12-year-old wanted to buy something for himself. And he wanted to do it without burdening his mother. He knew how hard his mother worked, struggling to provide for him and his two younger twin sisters.

“Mom, you don’t need to contribute. Tracy and Katie have their birthdays coming up soon, and you need to save up to throw a tea party, remember?”

David saved up enough money. He did it with the help of a short paper route every morning and the savings from the lemonade stand he had put up the last vacation. Until one day, his piggy bank was full, and he finally had enough to bring his dream shoes home. 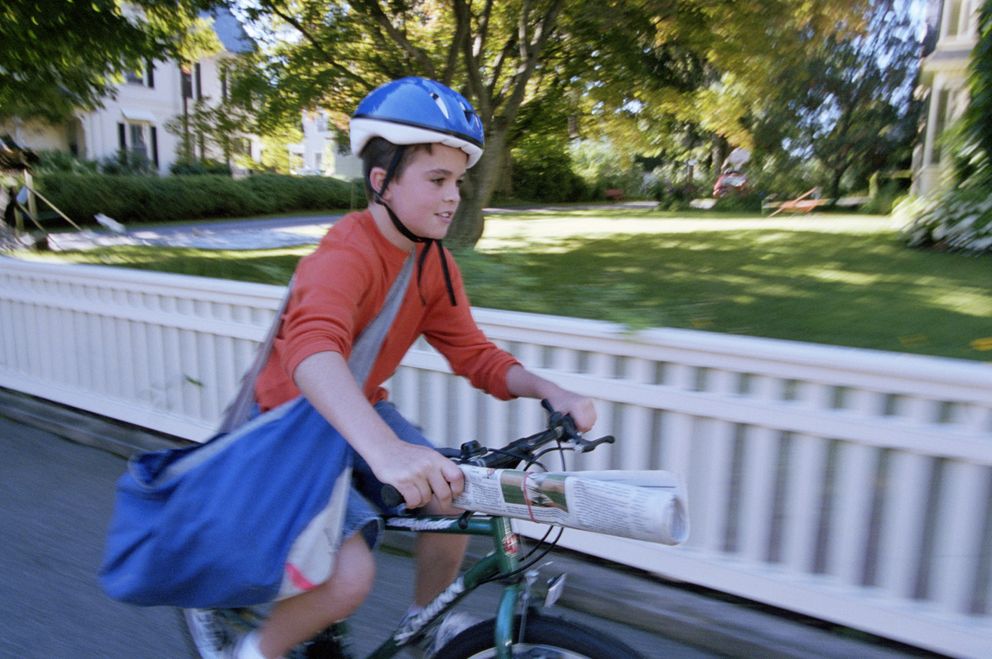 On the bus ride home from school that day, he couldn’t stop talking about it with Guillermo.

“Guillermo! I did it! I’m going straight to the store after homework this evening and buying the best sneakers in town. In fact, I’ll come and pick you up, and you can accompany me to the shop. It’s going to be the best feeling ever!”

Guillermo felt genuine happiness for his idol. That’s when the bus suddenly jolted over a pothole, and one of Guillermo’s shoes fell off onto the bus floor.

David was taken aback at the sight of the worn-out, blackened shoe. It was a pair of thin, low-quality summer shoes that had seen too many seasons. There were holes in the sole, the canvas was coming apart, and there was no sign of a lace.

Guillermo let the other shoe fall, giving in to the feeling of shame.

David had tears in his eyes when he looked at his friend, hiding his face in his palms, sobbing quietly but uncontrollably. The two boys didn’t know what to say to each other for the rest of the ride. 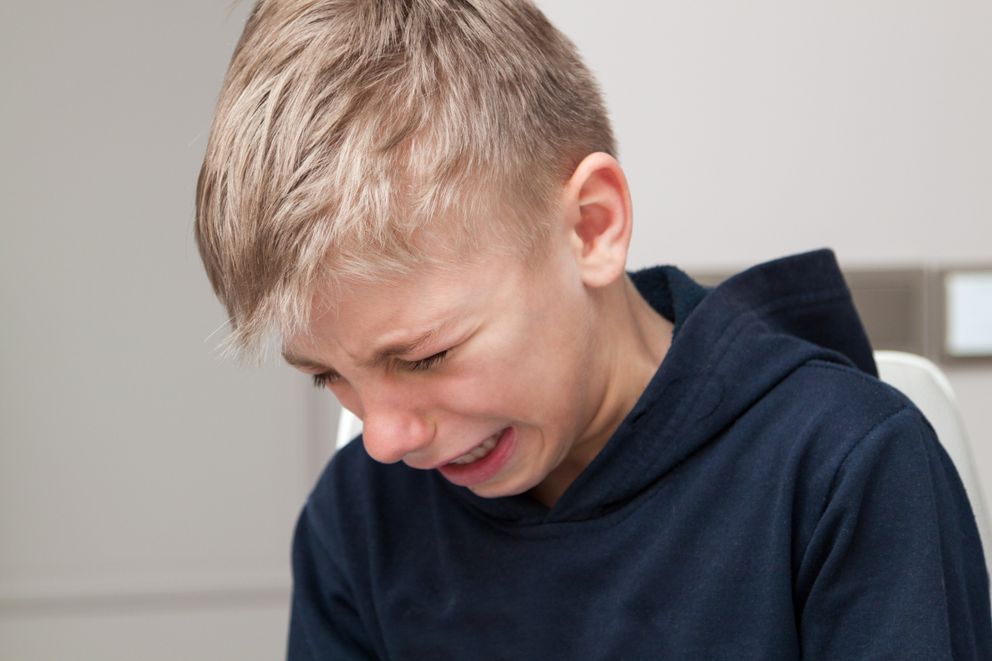 “Be ready by 5 o’clock!” David finally reminded Guillermo of the evening’s plan to visit the store. There was no way David was going to the store alone. Not after what he had seen.

“Ah, David! Here to pick up your new pair of soccer shoes? I’ve got them packed and ready right here.”

“Hold on, sir. Could you show me a pair of those in a smaller size?” David said, pointing at a pair of comfortable boots.

Always help the needy whenever you can.

The shop owner, Mr. Manning, was confused. “But the ones I packed are your exact size, Dave.”

“Not for me, for my friend here,” Dave replied.

Guillermo couldn’t believe what he had heard. He couldn’t possibly let David do that. 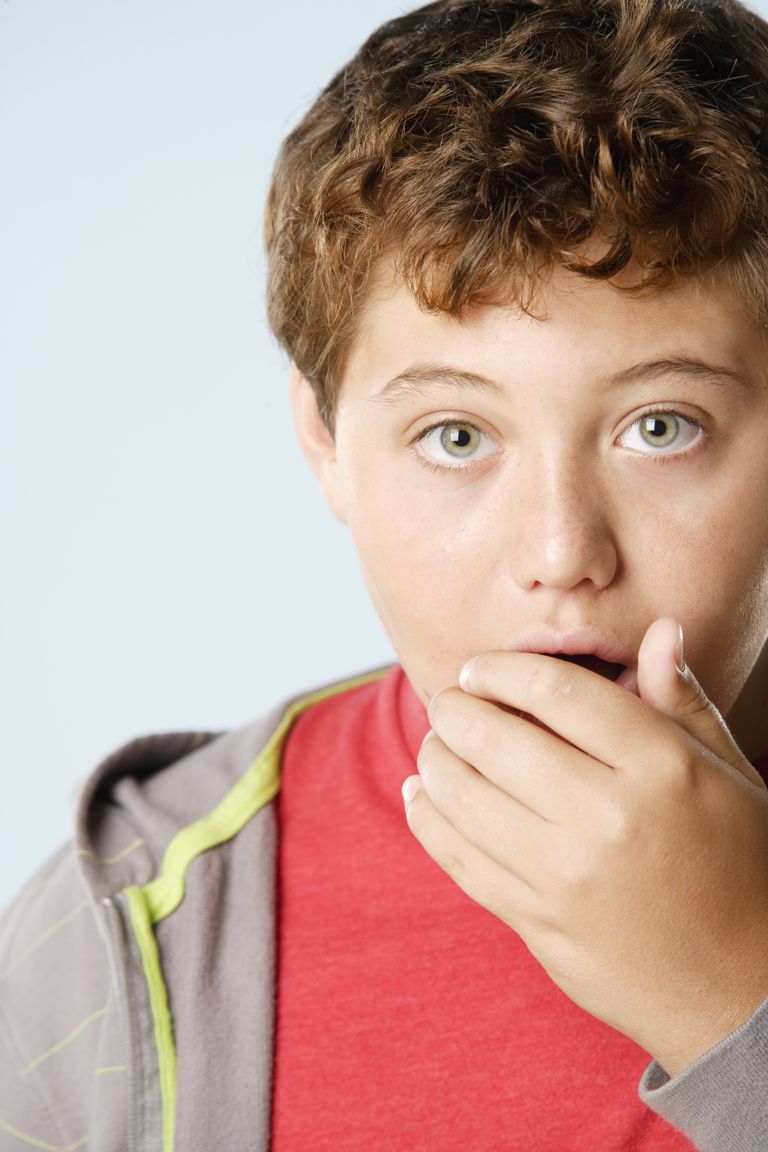 David squeezed Guillermo’s hand and blinked softly to quiet him. “I’ve got this, Guillermo. You’re always calling me your hero. Let me try and be one for you.”
Mr. Manning heard this exchange between the boys and felt a warmth of love and affection rise in his chest. He knew exactly what to do.

“Woah, this one looks great on you, friend. And it’s the absolute best we’ve got in this store.”

David was finally satisfied with the pair of boots he had bought for his friend. Guillermo’s shame had turned to overwhelm, gratitude, and pure joy over his unexpected gift.

As the boys left the store and cycled away, Mr. Manning signaled his staff. “Listen, there’s something we need to do right away…”

“David! There’s someone at the door for you! He arrived with an entire truck, actually.” David’s mother couldn’t make heads or tails of the strange visitor, either. 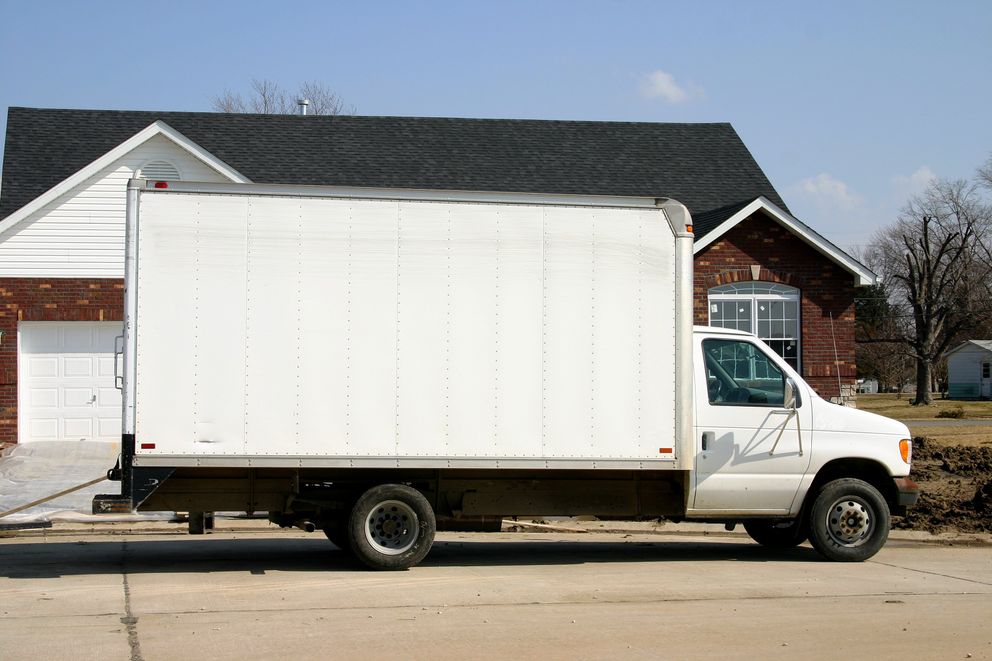 David rushed to the door and found a familiar face. It was Mr. Manning, the shoe store owner. “I heard you talking to your friend at the store, Dave. I know what you did.”

David’s mother leaned in with a crease of suspicion sitting on her brow.

“I know how much you wanted those spiked sneakers, and I’ve seen you selling lemonade and delivering newspapers. And today, I saw you let all that desire go, just so you could help a friend who was in deeper need than you were.”

David lowered his head out of shyness, catching a glimpse of the proud look on his mother’s face from the corner of his eye.

“And I think this kind of kindness and friendship ought to be celebrated in this day and age. So come on! Get on the back of this truck and pick up as many pairs of shoes as you’d like. For you, your mother, and the twins… Don’t worry about the money; this is all on me.” 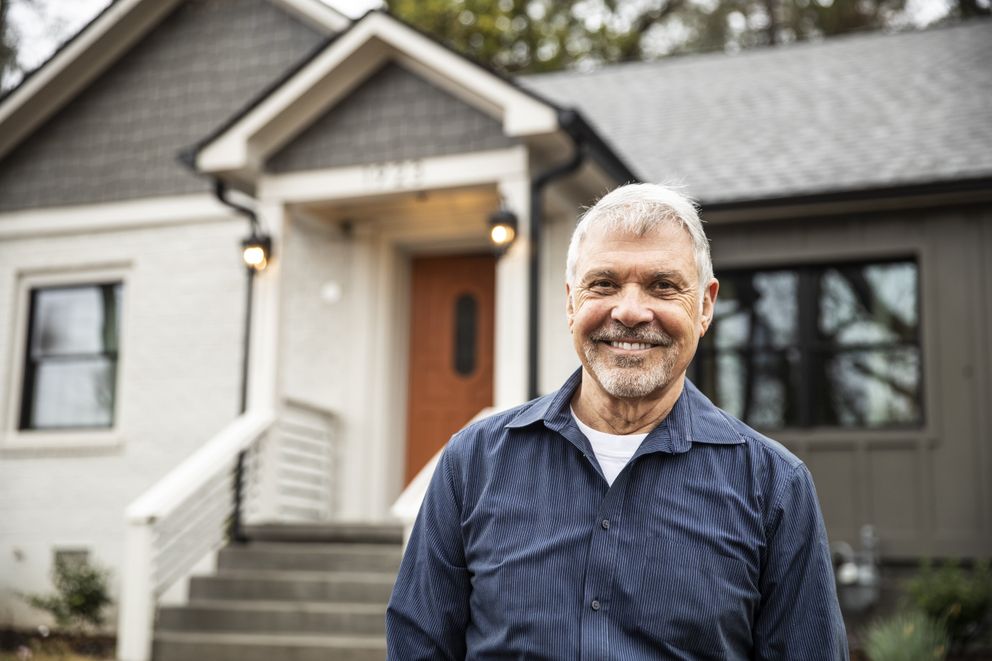 David hesitated, looking to his mother for approval. As soon as she nodded, he dashed towards the truck with eyes shining in excitement.
“Hurry, we’ve still got to get to your friend’s house. There are free shoes for him and his family, too!”

Always help the needy whenever you can. Although David worked hard to buy new sneakers, he used the money to help Guillermo, who was wearing torn shoes.

An act of kindness can be infectious. The shoe store owner noticed David’s kindness. He was inspired by the boy’s actions and decided to help his and his friend’s family.