Boy Hands Poor Widowed Mom a Box and Says, “Dad Told Me You Should Open This If We Need Help” – Story of the Day

A young boy decides to do something about his mother’s problems, approaching her with a box his late father specifically handed over to him.

Kathleen was left to raise a young boy named Robert after her husband, Simon, died of cancer four years ago. They had a lot of debts and loans to pay, with their house being taken away two years after his death because they couldn’t pay it off.

Having lost their house, Kathleen and Robert began living in a small rented home. They lived modestly, with just enough money to get them through every day. Kathleen would often get sadder after realizing their many problems. The only reason she continued to power through was for her son.

Robert started to notice that her mother would drink a lot in the evenings. He felt she was close to giving up. One day after school, he saw her sitting near the window, just crying her eyes out. Beside her was an empty bottle of wine.

“Mom, you should stop drinking so much. It’s not good for you. Please, promise me you’ll stop,” he said. But instead of appreciating her son’s concern, Kathleen lashed out at him.

“Easy for you to say, all you do is ride your bike every day after school! You don’t help me at all!” she screamed.

Hurt, Robert decided to walk to his room silently. He understood that his mother was not in the right state to have a calm conversation, and anything else he’d say would lead to a fight.

About an hour later, his mother entered his room to apologize. She was crying even more, begging for forgiveness. “I’m so sorry, Robert. I don’t know what’s gotten into me. I should not have lashed out at you. Nothing is your fault,” she told him. 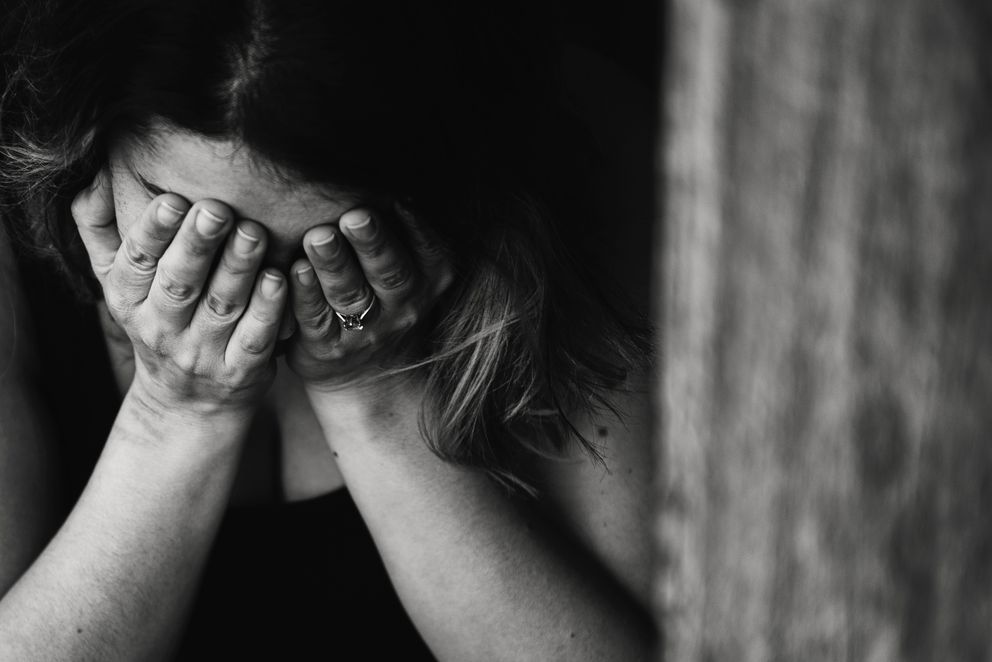 “I know, mom. I know how difficult it’s been for you. I wish I could graduate sooner to help you out,” Robert replied.

Kathleen shook her head. “It’s my responsibility to raise you and provide for you. It’s just that I’m so tired, and everything is getting all the more difficult with all the bills to pay and all the prices in grocery stores going up.”

After a short while, she added, “It would be nice to spend more time with you. Seeing you motivates me, and that’s all the support I need from you.”

“I’m sorry, mom. I should be helping you out in any way I could. You don’t have to do things alone now. I’m here, and we’re a team,” Robert assured her. 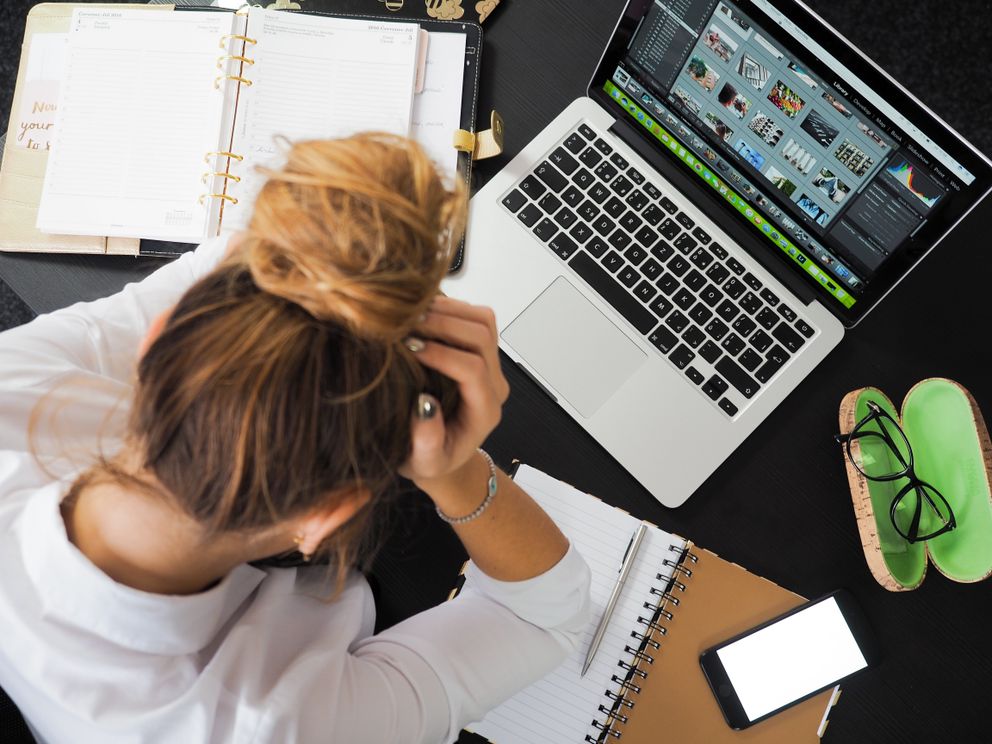 At that moment, he walked towards his closet and took out an old box. “Here,” he said, handing the box to his mother. “Dad told me you should open this if we need help. I’m sorry, mom. It took me so long to give this to you because I’ve been oblivious to your struggles. I should have noticed sooner that you were struggling.”

Kathleen opened the box and saw a note from her husband and a sealed envelope that contained $15,000. She opened the letter first, which read:

“Dear Kathleen,
I’m sorry I’m no longer there to walk through each day with you. I left you so early, and I know every day has been difficult for you. I gave this box to Robert and asked him to promise me only to give this to you when you needed it most. I am positive that he knows when the right time for that is.

I didn’t want to give it directly because you have always been my curious little wife. I’m 100% certain you would have opened it as soon as you received it. I love you, Kathleen and Robert. Always yours, Simon.” 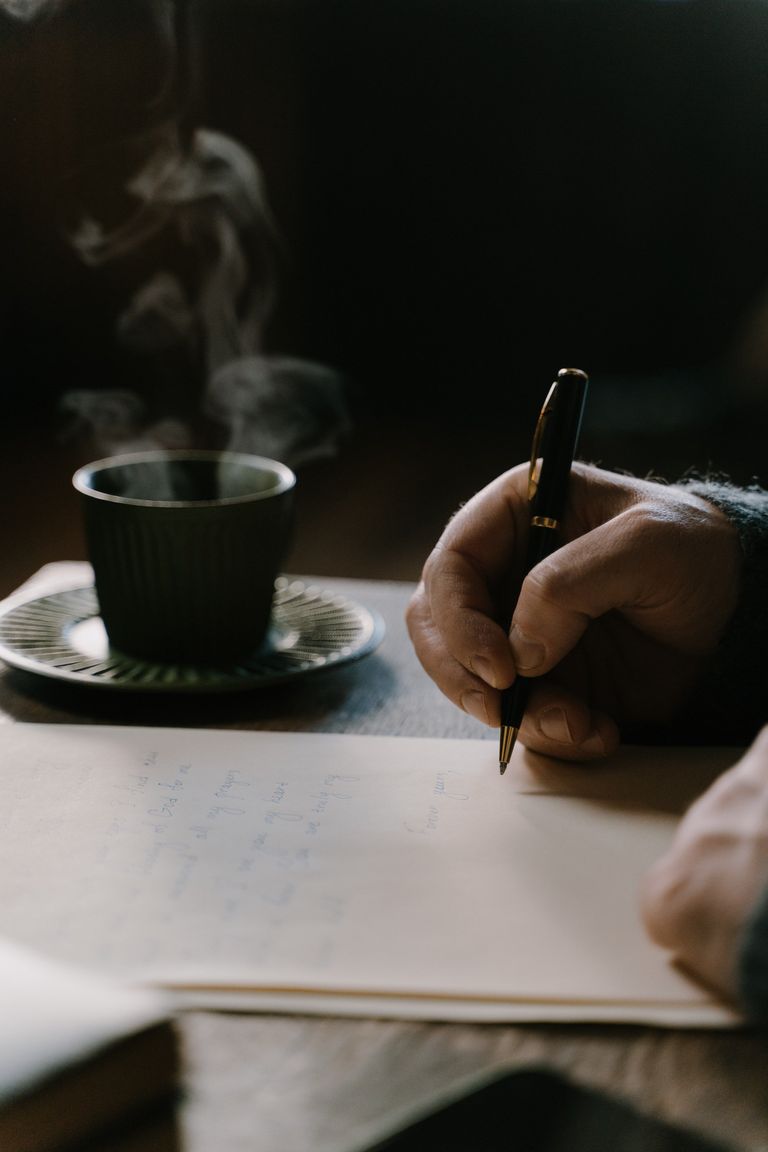 Kathleen was yet again in tears. She thought they’d used up the last of Simon’s assets paying off their debts, which left them with nothing. She never imagined he had a backup plan for when they needed help the most.

“What do you say, Robert? Should we go on a trip? It’s been so long since we’ve gone anywhere,” Kathleen suggested.

“No, mom. Let’s budget the money wisely. Let’s use it to pay off our monthly bills and expenses. Whatever is left, then that’s when we can use it for a trip or even just a nice meal at a restaurant,” he responded.

His mom smiled. “You’re right, sweetheart. This will definitely take a lot of load off my shoulders. We should have enough money to spare on some extras with this help from your dad.” 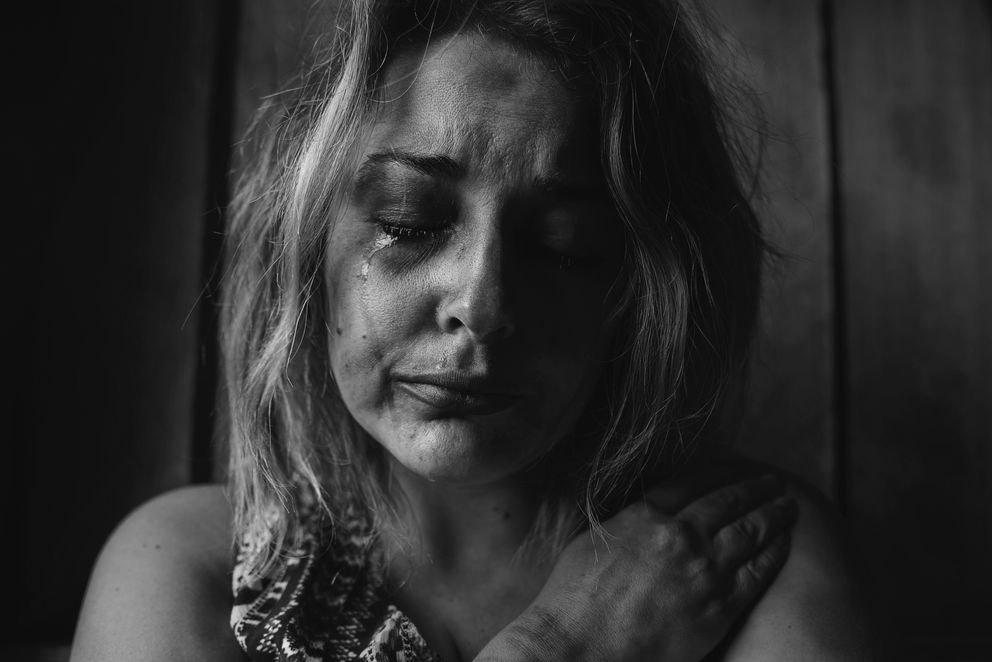 After Robert fell asleep, Kathleen sat in her room and read the note many times. “I miss you so much, Simon,” she sobbed. She decided to insert the letter in her husband’s diary, which she kept by her bedside even after his death.

Then she noticed something strange. The handwriting in her husband’s diary was very different from the one on the note. She took her son’s notebook from the dining table and realized it was his handwriting on the letter.

In the morning, she asked Robert why he had written the note and he confessed. “I’m sorry, mom. Dad didn’t actually leave a box,” he started.

“I’ve been doing part-time work as a courier, which is why I’m always on my bike. I also work in a cafe on the weekends, and sometimes, the owner of the courier service I work for gives me extra tasks to add to my paycheck,” Robert explained. 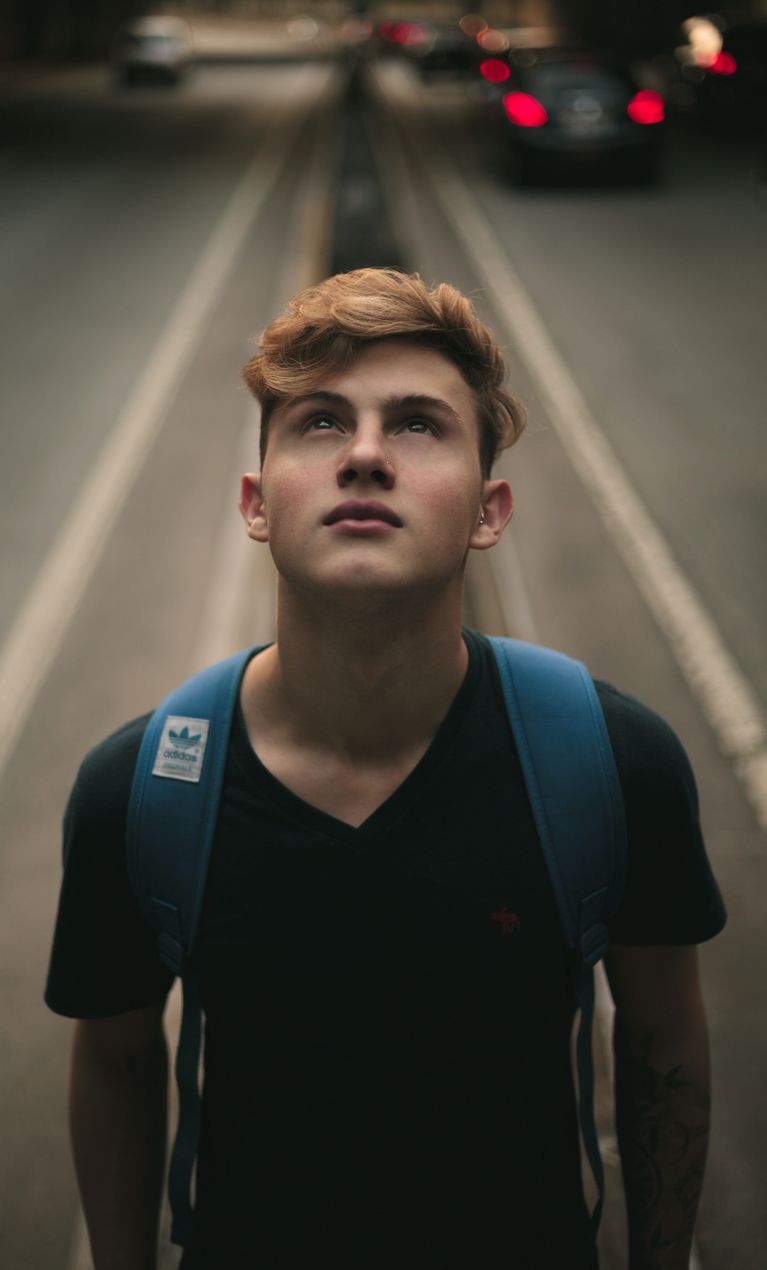 Kathleen was in tears. “This is what you were able to save up? This is a lot, Robert.”

“I’ve been working since our house was taken away, mom. I’m sorry I didn’t give you the money sooner. I had a goal of reaching $20,000 before giving it to you. When I realized you needed it already, I let go of that goal,” Robert said, hugging his mom.

“I’m so sorry for what I said to you about not helping me out. I should have never asked you for help in the first place, and yet, you were secretly working to support me. Thank you, my sweet boy. You are the best son anyone could ever ask for,” Kathleen said, crying.

After a few more moments spent together, Kathleen told Robert to study. He had exams coming up, and she wanted him to do well. Meanwhile, she walked towards the nearby shopping center and entered the courier service where Robert worked.

She asked if they had any vacancies, introducing herself as Robert’s mom. “Any family member of Robert is welcome here,” the manager said. “He’s the most hardworking kid I’ve ever met!”

At that, Kathleen got herself a second job as a virtual assistant for the courier service. After a while, she had the opportunity to meet the business owner, with whom she shared their family’s struggles. 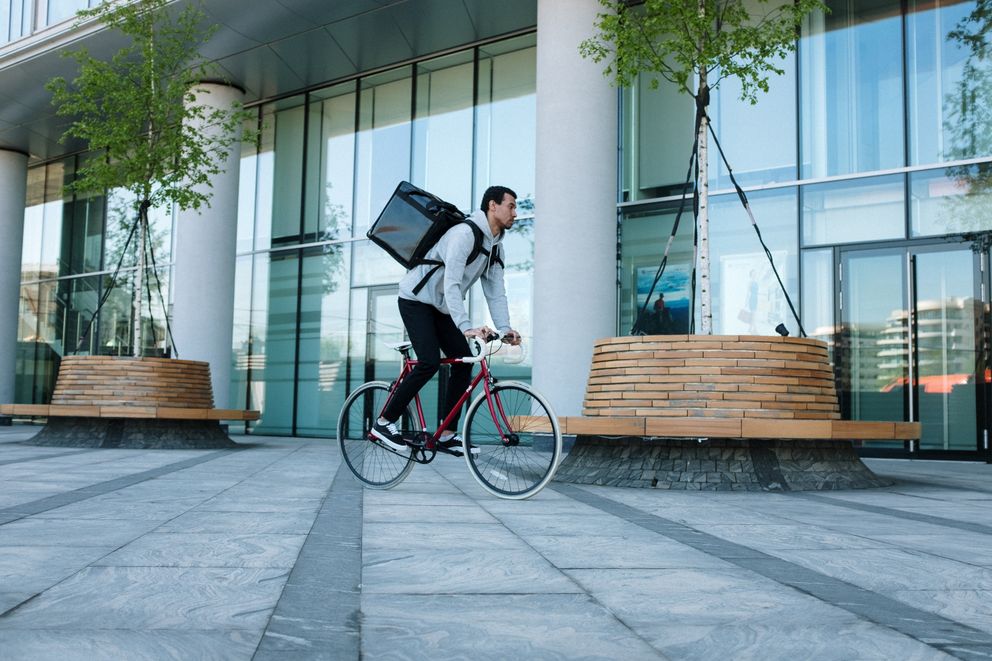 “My son had been working behind my back for two years to earn enough money to help pay the bills. We lost our house about that time he began working, and since then, he’s been working hard,” she admitted.

The owner, Adam, was very kind and felt strongly for Robert and Kathleen. He immediately offered them to stay in a house he had inherited from his parents.

“I have a vacant house nearby that I haven’t touched in about five years. I inherited it from my parents. You can live there for as long as you need,” he told Kathleen.

She shook her head. “Oh, please, I’m sorry. I wasn’t trying to get you to do anything for me. I was just so proud of my son, and until now, the story touches my heart,” she explained.

Adam shook his head as well and insisted they accept his offer. “No. I’d rather someone live there and take care of the house. I haven’t had the time to get it rented anyway. I’m glad to have you stay there for free. Give it back to me when you’re ready,” he said.

In the end, Kathleen accepted his offer. She and Adam became really good friends, and she quit her other job to manage the courier service that she and Robert worked for. 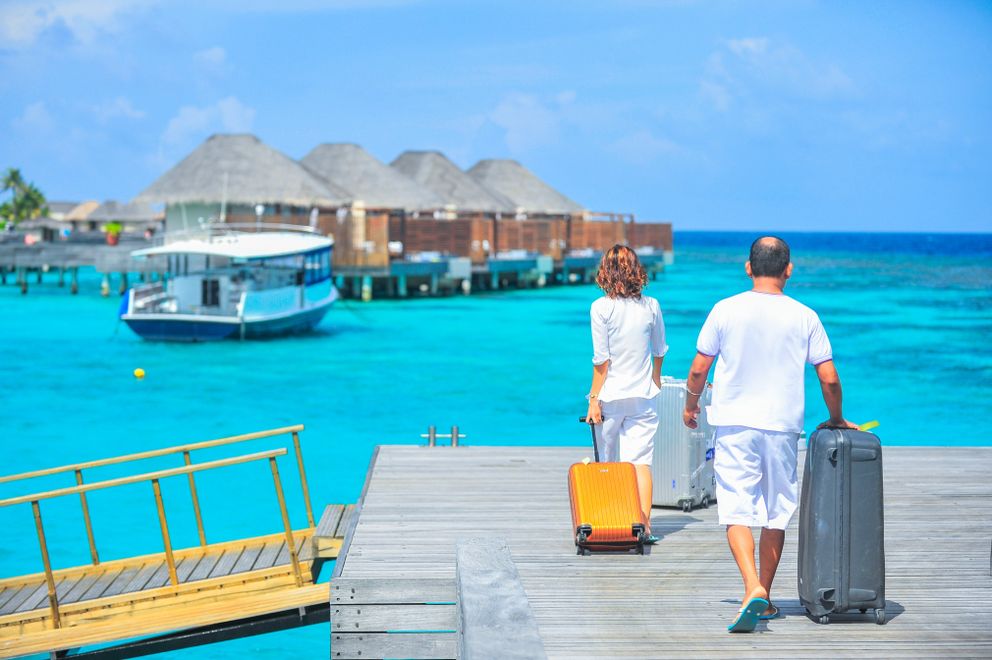 Robert also continued to work at the courier service and offered assistance to Adam for free. A couple of years later, Kathleen and Robert were able to save up enough money to buy a small house good enough for the two of them.

They returned the house they borrowed to Adam and still remained good friends. To thank him for his generosity, they took him on a trip to Europe, which the three of them enjoyed together.

It always gets better, and it’s never too late to start again. Kathleen was feeling hopeless after the death of her husband, but with the help of her son, she was able to cope and eventually live life comfortably.

Hard work can get you places. Robert and Kathleen helped each other out by working hard. That way, they were able to save up enough money to live life without debt and experience some luxuries.