While his friends danced with girls their age, Stephen Vigil held his 92-year-old grandmother’s hand when the DJ played her favorite song during his prom. The teenager was emotional watching his beloved granny dancing and singing with him that night.

Julia Jarman’s family was devastated when doctors told them she only had six months to live. The unexpected news came in February 2017 after the elderly lady was diagnosed with pancreatic cancer.

Jarman was her grandson Vigil’s best friend. He loved her dearly, and the news of her terminal illness upset him. Soon, the 17-year-old and his sister devised a plan to fill Jarman’s last days with unforgettable memories.

After learning about his grandmother’s diagnosis, Vigil took her to Florida, where they spent a week together. He had lunch with her on Mother’s Day, and together they visited the graves of some of their family members.

Vigil wanted to make the last six months of his grandmother’s life very special. And when his high school prom was around the corner, his sister gave him an excellent idea. She said:

“Why don’t you just take Grandma to prom?” 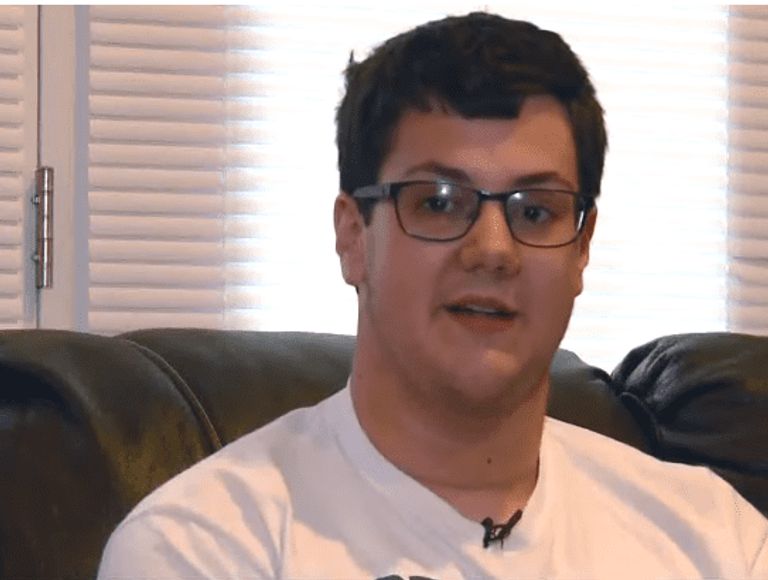 When Vigil heard his sister’s suggestion, he immediately remembered that Jarman had never been to a prom. But before asking his grandmother to accompany him to one of his life’s most memorable events, he needed to complete one important task.

While other teenagers walked into the venue with girls their age, Vigil entered with his grandmother on his arm.
Vigil contacted the principal of Stafford High School in Virginia to ask him if he could bring his grandmother to prom. The school had a policy that students could only have partners under 20, so Vigil wasn’t sure if his granny could accompany him. 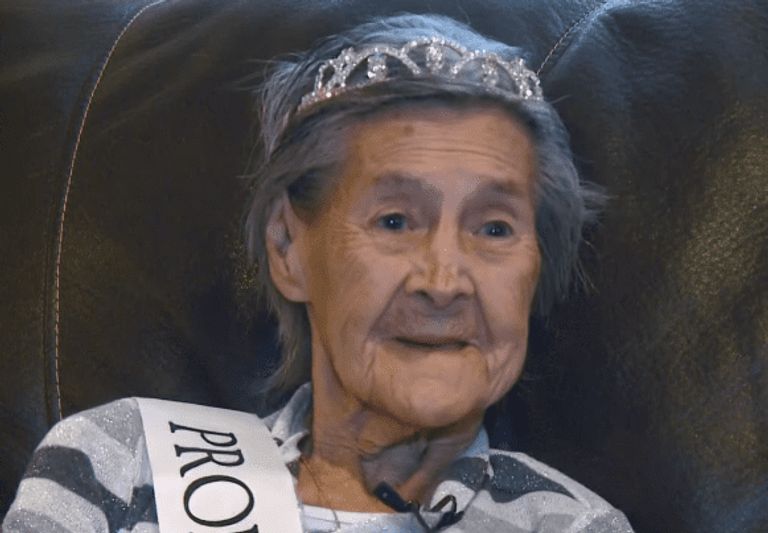 To Vigil’s surprise, the principal, Joseph Lewis, allowed him to bring Jarman to the prom. Excited, the teenager asked his granny if she would like to attend the first prom of her life, and she said yes. Vigil recalled:

Jarman donned a blue dress that matched her grandson’s outfit and paired it with a simple pearl necklace. While other teenagers walked into the venue with girls their age, Vigil entered with his grandmother on his arm.

Lewis and his staff welcomed Jarman to the prom by giving her a sash and a sparkling crown. Jarman’s first prom was even more special because it happened on the eve of her 92nd birthday.

At first, Vigil wasn’t sure how his schoolmates would react to watching her dance with Jarman. Later, he was delighted to see how everyone welcomed her. 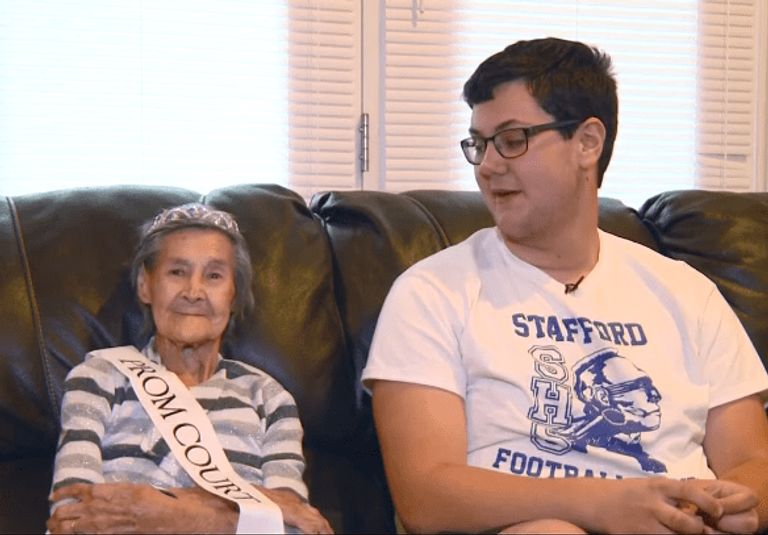 To help his grandmother make unforgettable memories, Vigil asked the DJ to play her favorite song, “Can’t Help Falling In Love” by Elvis Presley. Vigil held his granny’s hand when the music began playing, and they danced to it. He recalled:

“She almost had me crying as she was singing it along with me while we were dancing.”

“She has been one of my best friends since I was born,” Vigil confessed. Meanwhile, his mother felt immensely proud of him for putting in the effort to make his grandmother’s last months memorable. The teenager added:

“I wanted to bring my grandmother to prom because I wanted to do something special for her.”

“We laughed, we talked, we had coffee, and we had juice,” Jarman revealed, while the elderly woman said the first prom night of her life was “just wonderful.”

When Vigil and Jarman’s unique story surfaced on social media, netizens couldn’t help but post supportive messages for the pair. Here are some of the comments they left:

“What an amazing boy. His love for his grandmother shines out through his eyes. What a beautiful story. Sad but uplifting at the same time.”

“Wow! Way to go, Stephen! You made a lot of grandmas smile.”

“Aww! I absolutely love this.”

“What a kind and thoughtful young man. He is a great role model. He has a great heart.”

Not only did Vigil’s thoughtful gesture help him win his grandmother’s heart, but it also made him a hero in the eyes of people worldwide. Share this story with your friends and family to brighten up their day.

Click here to read another emotional story about a boy who fulfilled his sister’s last wish by inviting her to prom two days before she passed away.