Bradley Cooper has proven to be an all-rounder.
The award-winning actor, whose years in the industry have shown that he is well-grounded in his craft, is also a loving father and son.
Despite his fame, he was close to his parents and even held his late dad as he died.

The “A Star is Born” actor, Bradley Cooper, had one of the best upbringings from his parents, and thankfully, he reciprocated the love while allowing the lessons learned to lead his reality.

On January 5, 1975, the actor was born in Philadelphia, PA, to Gloria Campano, of Italian descent, and Charles John Cooper. 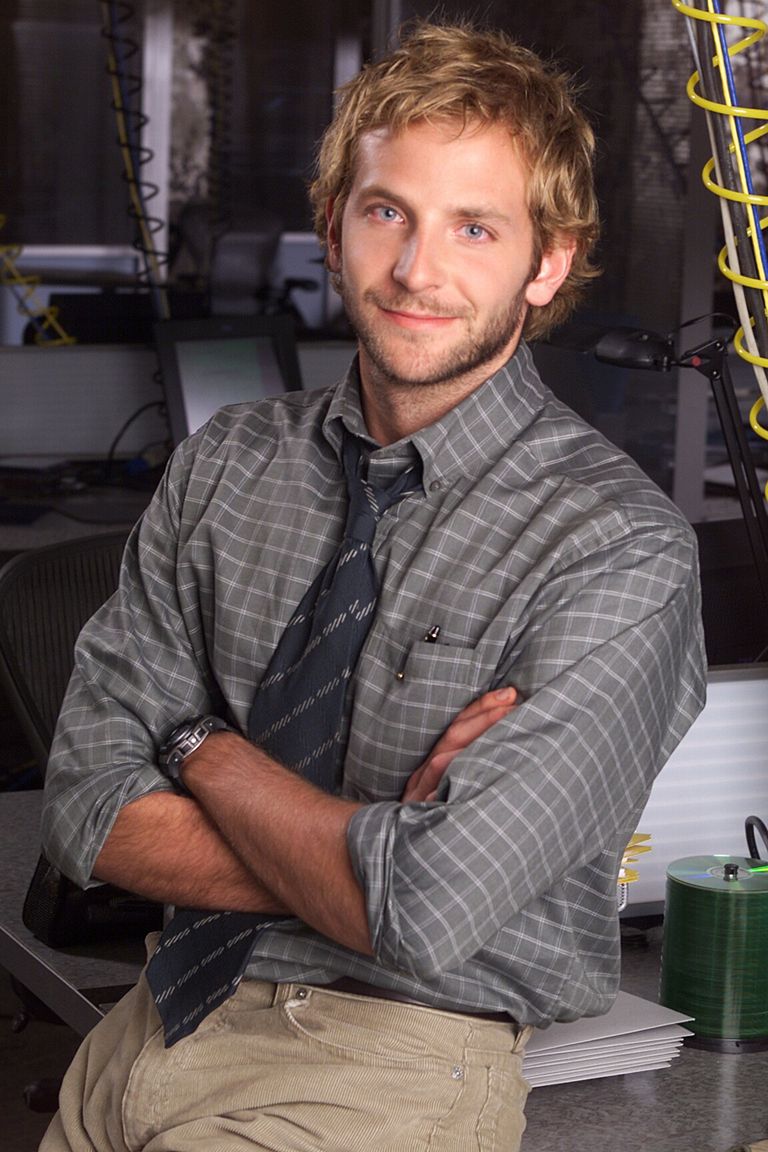 Despite having busy parents (Gloria worked for a local NBC station, and her husband was a stockbroker), the pair jointly ensured that their son had the best childhood memories.

Bradley’s early years were filled with pleasant details. Life was simple, and he never thought about acting. All he wanted was to become a ninja or a soldier. 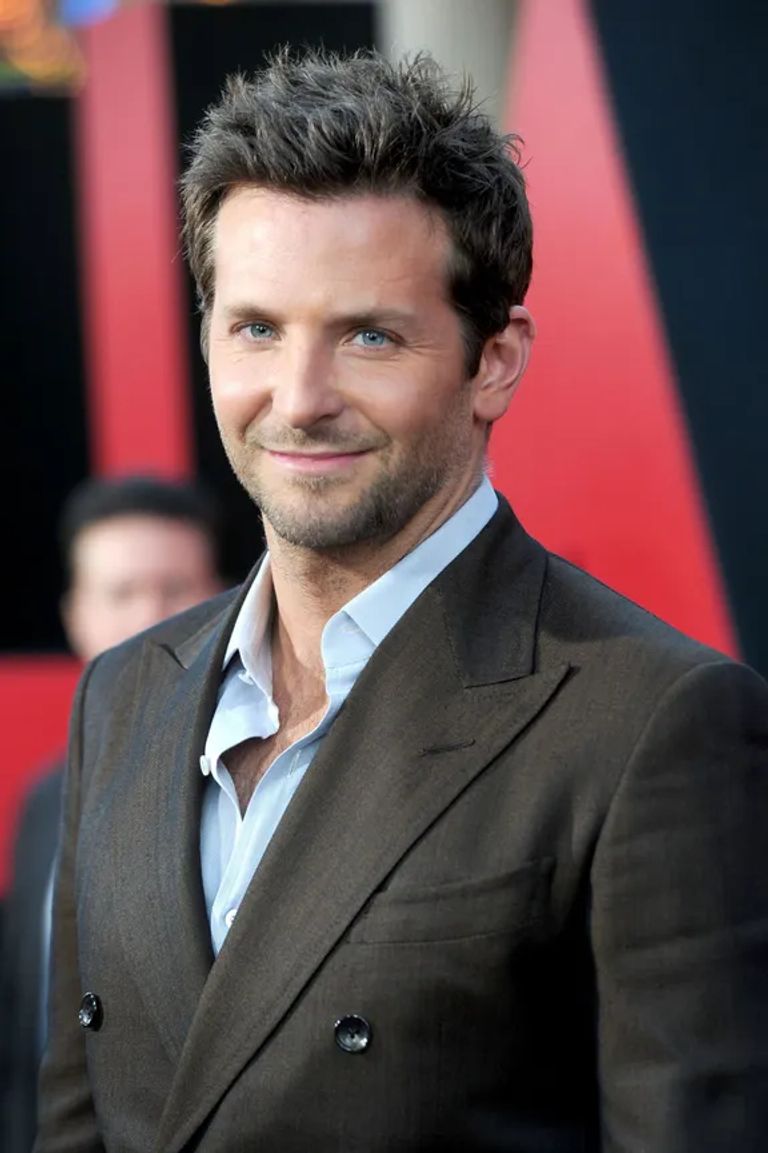 Even though the Philadelphia native enjoyed all the love and attention from his parents, whose marriage seemed perfect, his imagination was piqued to understand the “meaning of life and death.” According to him:

How Did Bradley’s Father Die In His Son’s Arms?
The famous actor always held deep love and respect for his roots. He never allowed time in the limelight to rob him of the beautiful relationship with the older Cooper. 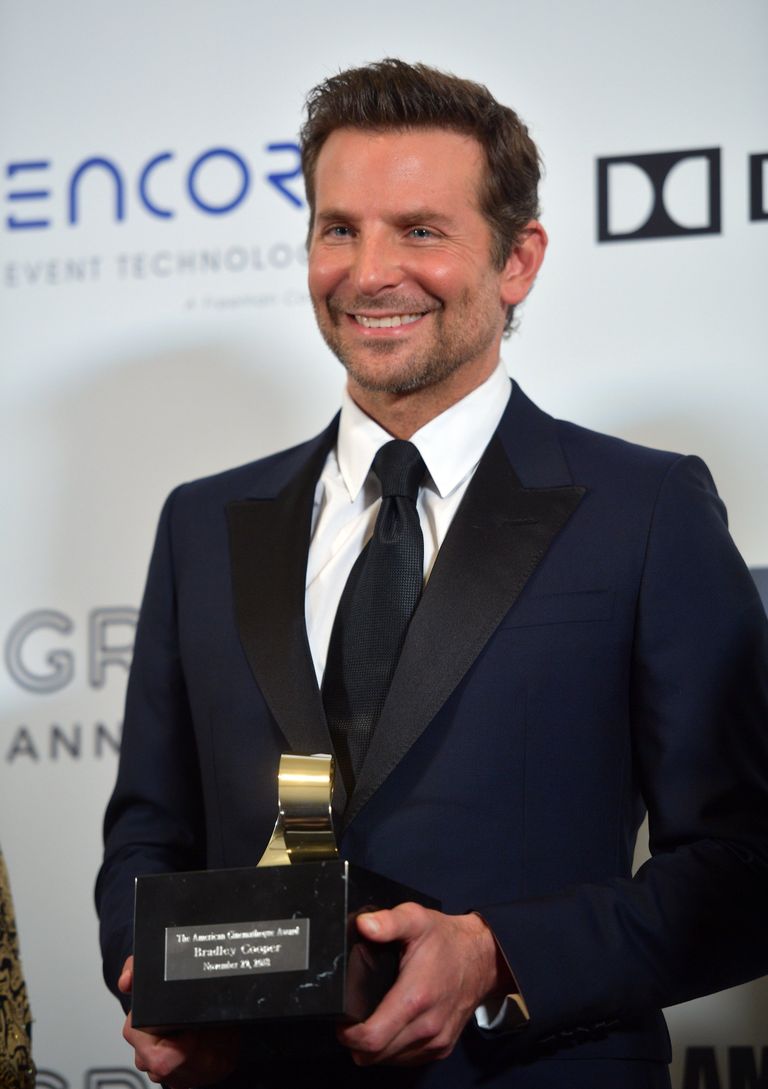 Charles died of lung cancer in 2011, but it was a peaceful death, as the family’s patriarch was surrounded by the ones he loved.

Months before he died, the Hollywood star spent time caring for Charles. At some point, Bradley moved into his parents’ home and performed brilliantly as a caregiver, placing his career on hold while tending to his sick dad.

He later returned to the movie scene but was burdened with thoughts of his father. As soon as filming ended, Bradley hurried home, took Charles out to an Eagles game, and continued caring for him until he passed away two weeks later. 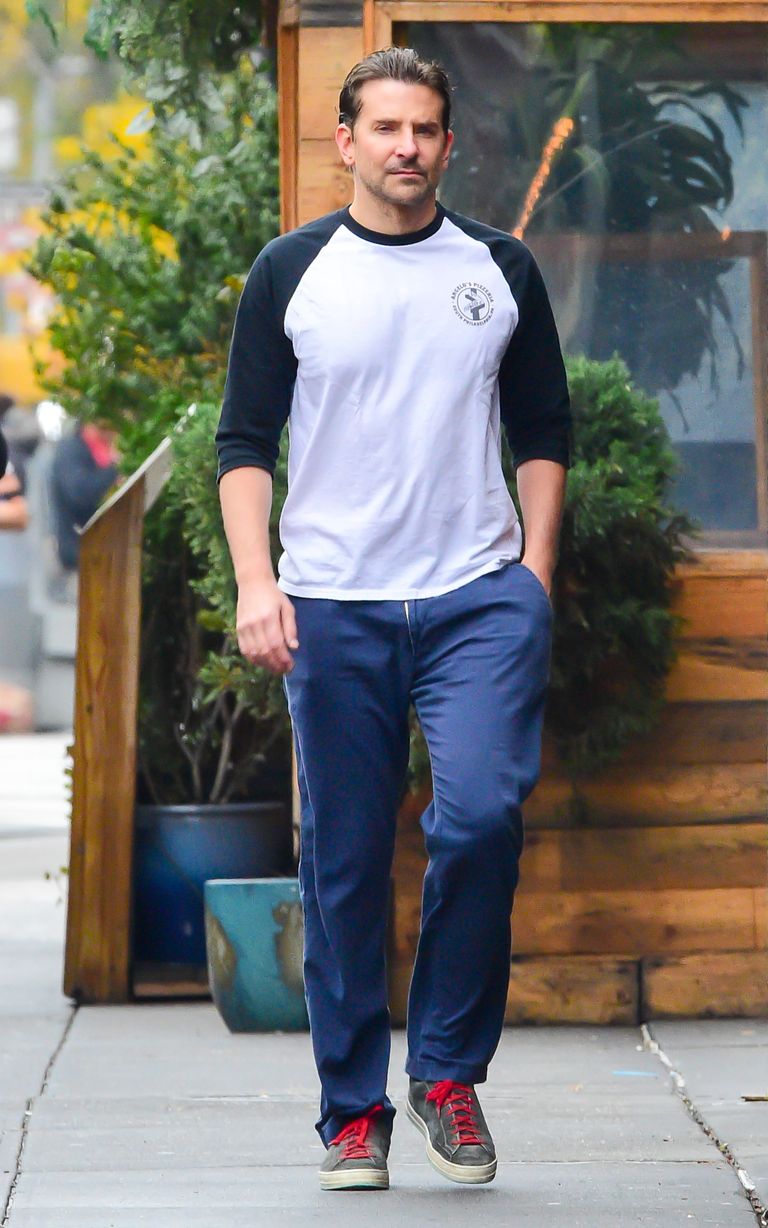 This was one of the most painful memories for the “Nightmare Alley” star, who recalled holding his dad in his arms when the cancer victim took his last breath. In his words:

“It’s a whole new world. And it was instantaneous. It wasn’t like months later. It was like his last exhale, and I was holding him, and it was like everything changed.”

Caring for his dad was the right thing, but Bradley confessed that it was “overwhelming and extremely stressful.” However, he was grateful to be in such a position where he could offer maximum help with the bills and his presence. 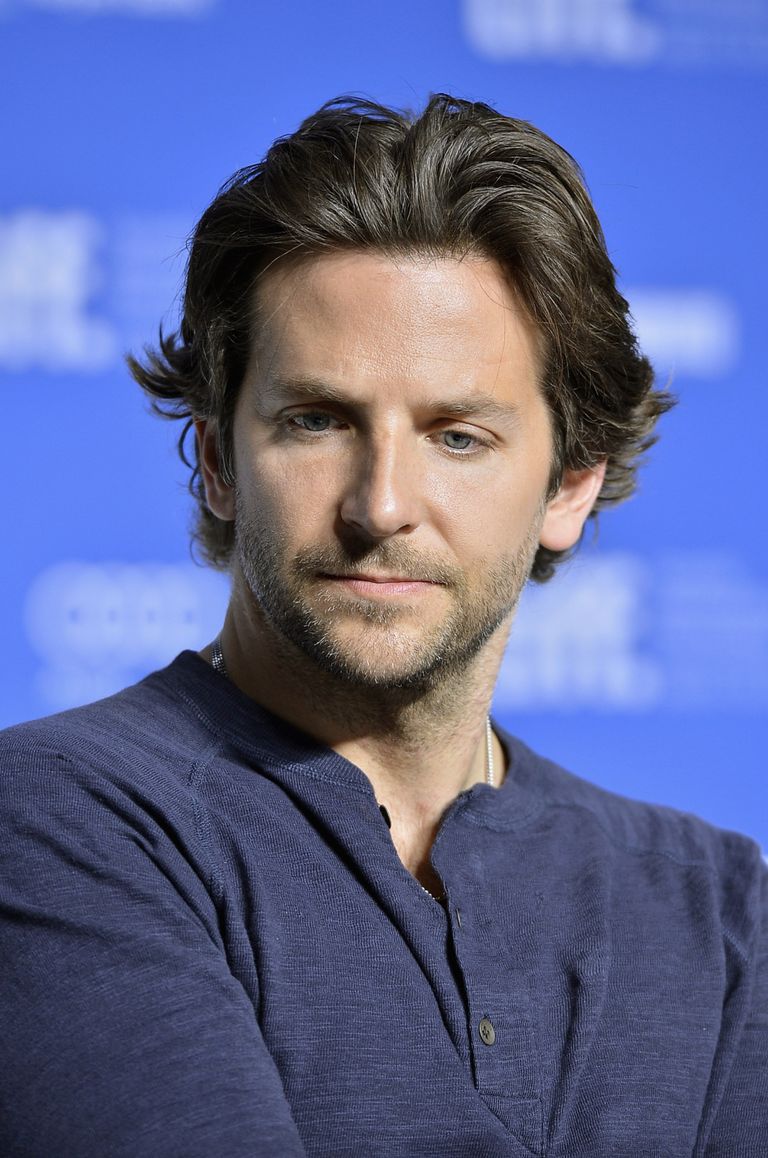 Following Charles’ passing, Bradley vowed to cherish the memories of his loving father. One of the simplest ways he did that was to keep his dad’s wedding ring close to his heart, in a long chain hung around the neck.

Initially, he decided to wear the wedding band as a tribute to his parents’ strong bond, but that decision changed in 2018, and the marriage token has since been on his neck.

How Is Bradley’s Life with His Mom after His Father’s Passing?
Bradley’s love for his mother intensified after his dad died. He began spending more time with her and even traveled to Europe with her. The actor also invited the widow to live with him in his Los Angeles home. 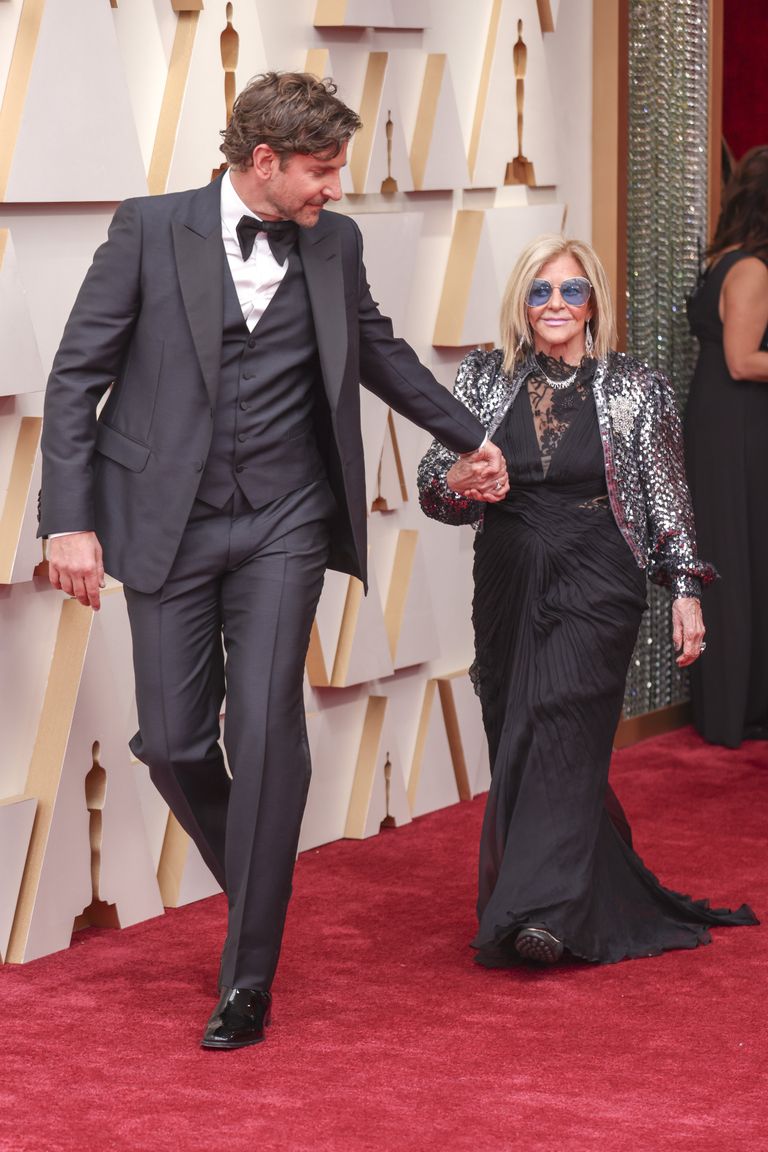 Many would have guessed that she lived in a guest house, but the “A Star is Born” star said she was in the room next to his. He talked about how close the family was, adding that losing their loved one changed their lives, so they needed each other to get past the pain. Bradley also said:

Bradley became particularly intentional about guarding his mother as he did with his dad. During the coronavirus pandemic, he had his daughter with him and did not allow visitors. 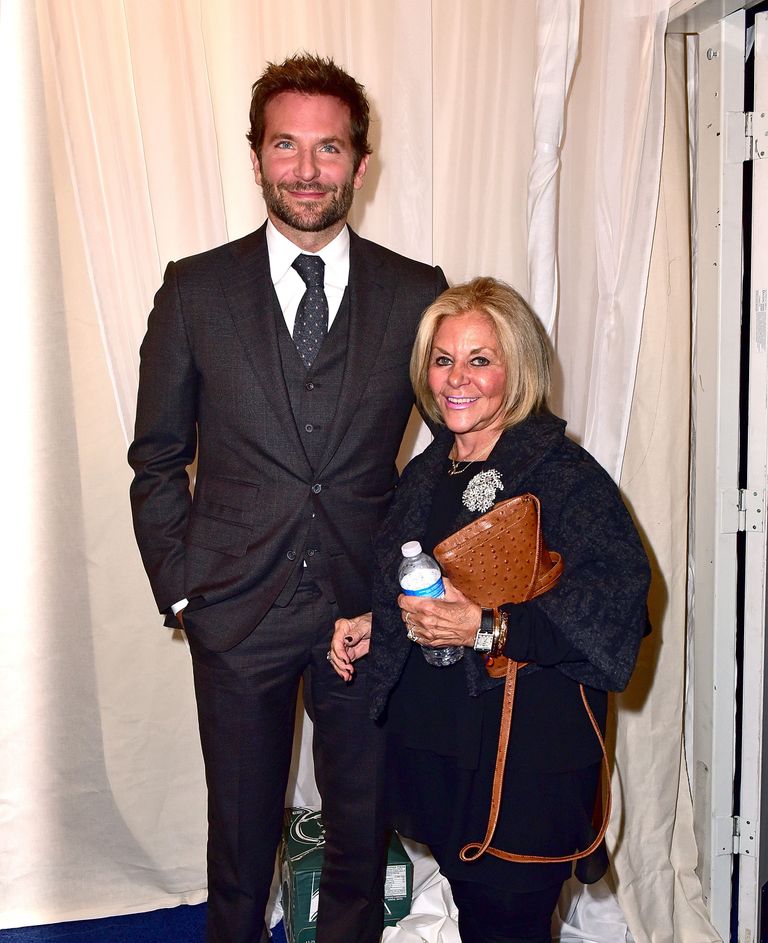 The actor revealed that Gloria has a colostomy bag and that if she ever caught the virus, it would be deadly. So he protected his home from visitors and lived happily with his two dogs, mother, and daughter, whom he homeschooled.

Despite being overprotective of his mother, Bradley does not mind flaunting her to the world on the red carpets, even when she is nervous.

In 2019, the superstar made a stunning appearance with his former lover, Irina Shayk, and his mother as his date to the Oscars. They walked the red carpet together. 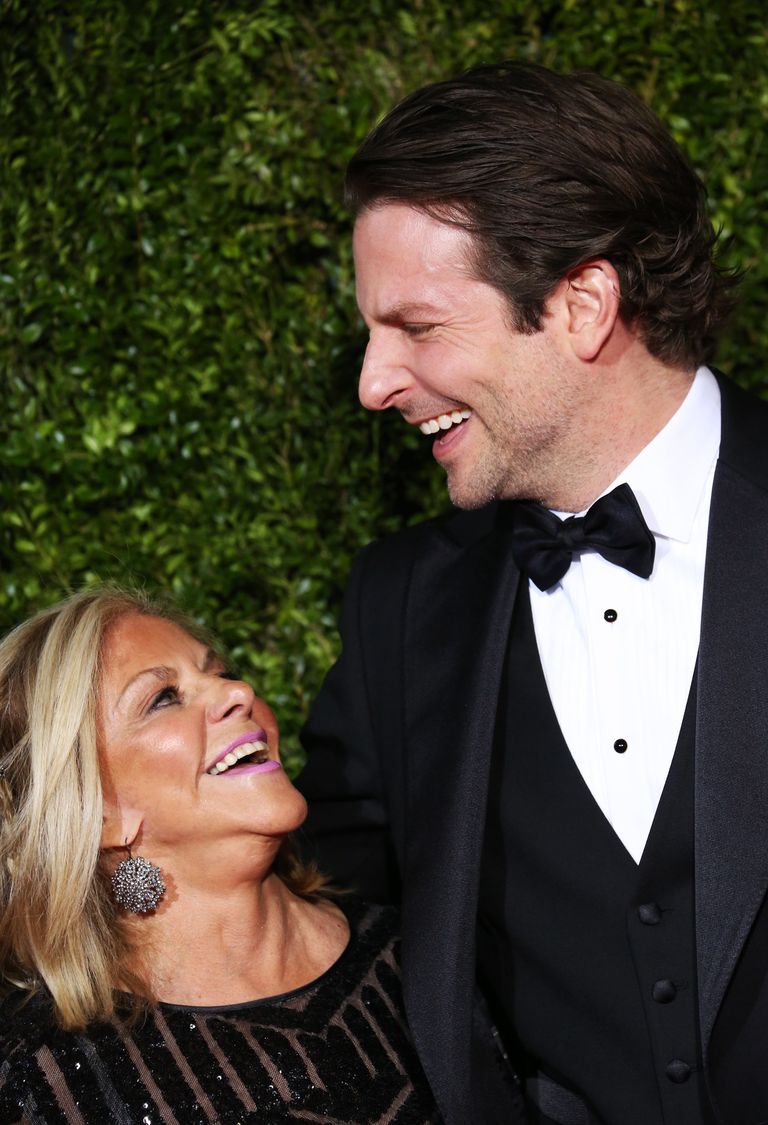 He repeated the same stunt three years later, but this time, it was only one date — his mother! The pair looked dashing as they twinned in matching colored outfits and posed closely, holding each other on the red carpet.

While he is a lovely son in the spotlight, he is also an incredible son out of the spotlight. In February 2020, he was seen walking with his mother in New York. Cooper, who turns 48 on January 5, 2023, carried his mother’s bag as she used her cane to help her walk.