A woman doesn’t want her father to walk her down the aisle because she is embarrassed by his wheelchair. However, when she sees him on TV a few days before the wedding, she regrets her decision and changes her mind.

When Lisa Terrell’s mother died when she was just two years old, her father, Edward, took up her care. Caroline Terrell had died in a terrible hurricane that hit their town years ago, demolishing their home and leaving Edward in a wheelchair due to a severe injury.

Nonetheless, nothing could stop Edward from raising Lisa with love and giving her the finest of everything. He was a well-known journalist and began working remotely following his injury to provide for them.

However, most people in Lisa’s life were unaware she had a father until he paid her a surprise visit at her school one day.

Lisa had always told her friends that her father was too busy to spend time with her, which is why he never attended school functions or parent meetings. However, the reality was that the invitations never made it to Edward since Lisa was embarrassed by him and didn’t want her friends to see him.

She adored him as a youngster, but as she grew up, the image of her father in a wheelchair mortified her and wrecked her relationship with him.

She was confused as she looked at the television and noticed her father sitting alongside the host.
Still, Edward never reneged on his duties. He was always there for his daughter and saved enough money to send her to a top university.

On the other hand, Lisa did not want him by his side. In fact, when she met her boyfriend, Harrison, at university, and they decided to marry after graduation, she didn’t want Edward to be there for the wedding.

As a result, she freaked out when Harrison asked her to invite Edward to dinner at his parents’ place. His parents were wealthy and of the upper crust. What would they think if they saw an elderly man in their home in a wheelchair? Lisa was ashamed by the very thought of it.

However, based on Harrison’s enthusiasm in inviting Edward to dinner, Lisa realized she didn’t have an out this time. So she had to fake a grin and say she’d ask Edward if he was free. 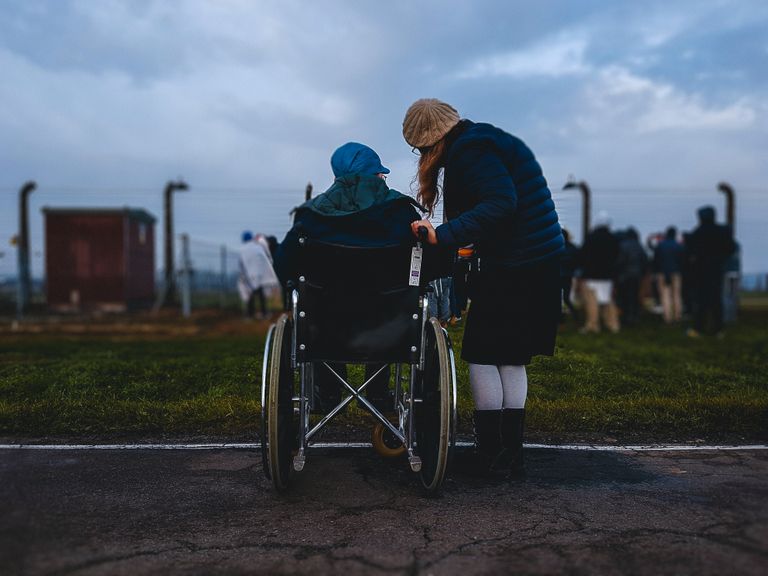 When Lisa told Edward about the invitation to dinner, he was more than just free. He was overjoyed for Lisa for finding someone who adored her.

On the night of the dinner, he dressed nicely in a suit and Harrison’s family received him warmly. The young man’s parents were impressed that Edward had reared a daughter on his own. Besides, Edward had a wonderful sense of humor, and everyone had a great time at the dinner. Everyone except Lisa, whose cheeks were flushed crimson with shame the entire time since the man in a wheelchair was her father…

A few weeks before the wedding, Lisa made up her mind. She confronted Edward one night over dinner and notified him that he would not be on the wedding guest list.

“Dad, I wanted to talk to you about the wedding,” she began, glancing at her plate and moving her fork around the spaghetti.

“Yes? What exactly is it, honey?” Edward inquired. “Is there something bugging you about the wedding, the expenses? If that’s the case, I have some bonds that we could use. After all, I did keep it for you…” 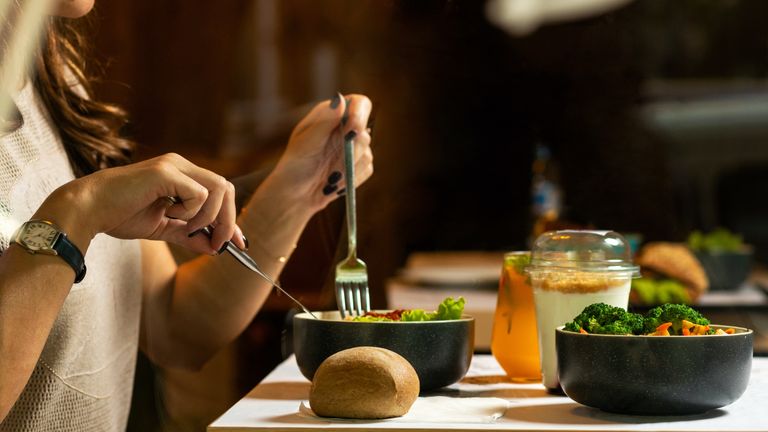 “No, dad! It’s just that,” Lisa paused for a moment, “Harrison and I intend to hold the wedding here in New York, but the problem is that we’re having it at one of the city’s largest hotels, and… I just thought it would be best if you didn’t attend the event. You know, there would be way too many guests!”

Edward’s smile vanished as he stared at Lisa, speechless. “I – I don’t understand…What’s the problem?”

Lisa sighed and fixed her gaze on him. “Look, Dad, it’s just that… The guests will be exclusive, and they’re all businessmen and high-class people. Imagine a man in a wheelchair walking his daughter down the aisle in front of them… I don’t know…It’s just weird.”

“A man in a wheelchair is weird?” Edward’s eyes welled up. He couldn’t believe Lisa was indirectly cutting him off the wedding guest list. But he grasped the cue and forced a grin, hiding his tears from her.

“Is that it? Oh, you’re right! After all, this old age is catching up with me,” he said, faking a laugh. “I may not be able to handle such a large gathering. It’s ok – it’s ok!” 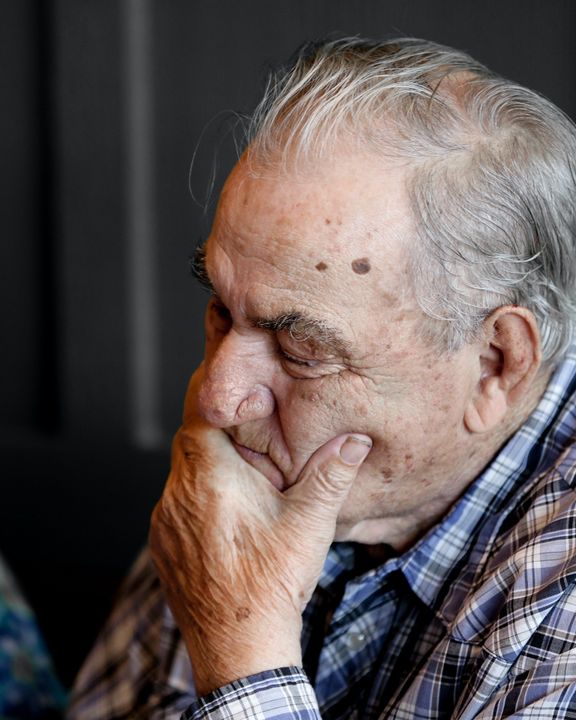 “Thanks for understanding, dad,” Lisa said bluntly and went away to her room. Before dissing Edward, she didn’t think twice about all the years of love and care he’d given her, but eventually, she regretted it.

A few days later, she was watching a show titled “American Heroes” on TV when the emcee announced Edward’s name. She was confused as she looked at the television and noticed her father sitting alongside the host.

Soon after, the camera focused on a screen that displayed images of Edward in a wheelchair and the hurricane that had hit their town years before. He turned out to be one of the brave journalists who had managed to save his family and help his neighbors throughout the disaster.

Edward had a solemn expression as he narrated the whole story of how he’d managed to help people, especially his family. 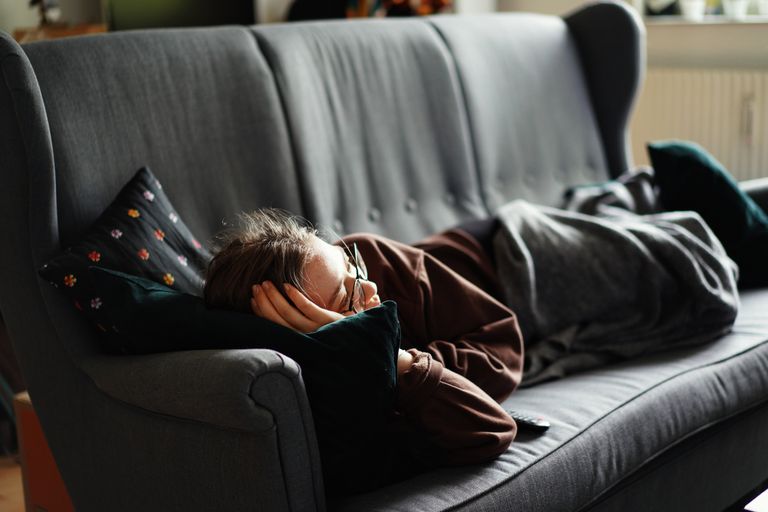 “I will never forget that day. It was terrible… we lost practically everything,” he explained. “My wife died in the accident, and my daughter was just two years old at the time. As the debris surrounding us fell, I noticed my daughter standing right there…underneath that spot where it was falling.

“I went to save her and took her into my arms, but as I ran, a large section of the ceiling cracked and crashed on my back, causing a spine injury that prevented me from walking again.”

Lisa’s jaw sank to the floor, and her tears welled up when she heard that. “Dad saved me?” she was shocked.

“It was hard for me,” Edward continued. “But you know, you can’t really avoid your fate. So I gathered courage, knowing I just couldn’t give up in life, especially because I know I had a daughter who was now reliant on her father.”

Lisa was utterly embarrassed about herself at this point. She cried after Edward’s interview, cursing herself for being a terrible daughter, and decided to make it up to him.

So on her wedding day, she did walk down the aisle with Edward, but before the wedding ceremony began, she needed to tell the guests something VERY important… 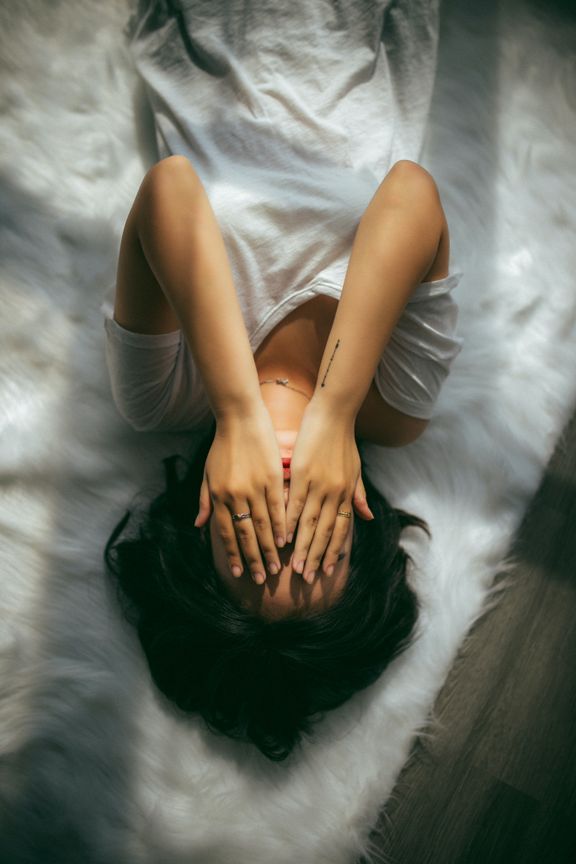 As she took the microphone near the altar, she approached Edward, who was sitting among the guests, fell on her knees, and hugged him. “I know this is one of the most important days of my life, and I’ve been waiting for it for so long!” she cried, holding his hands in hers. “But none of this would have been possible if my father had not been by my side.

“Ever since mom passed away, I never saw dad saying even once how hard it was for him to raise me alone. He did have hard days, but he never showed me the slightest hint of it. But what did I do? I was about to remove him from the wedding list because I was embarrassed about him being in a wheelchair. Yes, that’s right!

“If only I had known that dad is in a wheelchair because he injured his back while saving me, I’d have never ever done that. I have been horrible to the man who loves me the most!

“So I’d like to apologize to him in front of everyone today. I apologize for being the worst daughter to you, dad,” she said, facing him. “You can hate me for the rest of my life. I am sorry.” 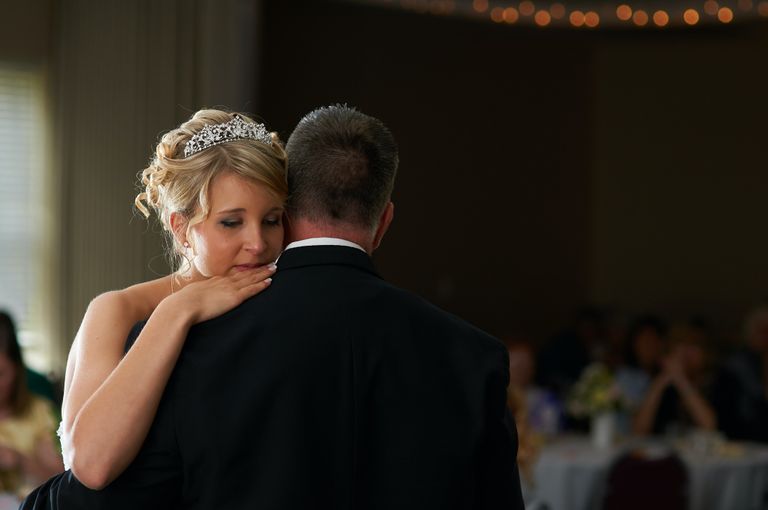 Edward wasn’t expecting Lisa to own her mistake publicly. He was surprised but at the same time overcome with emotions at seeing his daughter realize her error, so he forgave her.

“Oh, come here,” he cried, embracing her. “Everyone makes mistakes,” he said. “But if you recognize them and work to fix them, you should be forgiven.”

Everyone was moved to tears and applauded the heartwarming reunion.

Love and respect your parents because they go above and beyond for you. Liza realized this when she heard her father’s story on TV and apologized to him for being rude.
Everyone makes mistakes, and if they realize it, they should be forgiven. Edward forgave her daughter when he saw she felt guilty for what she’d done.