Broke off her Marriage, because of her Husband’s Desires. Betty White shared her Regrets.

American actress Betty White gained popularity after appearing in such projects as “The Mary Tyler Moore Show,” “The Golden Girls,” and “Hot in Cleveland”. With 80 years of experience in show business, Betty is rightly called a living legend. Even though she was successful in her career, she found happiness in her personal life only in her third marriage. 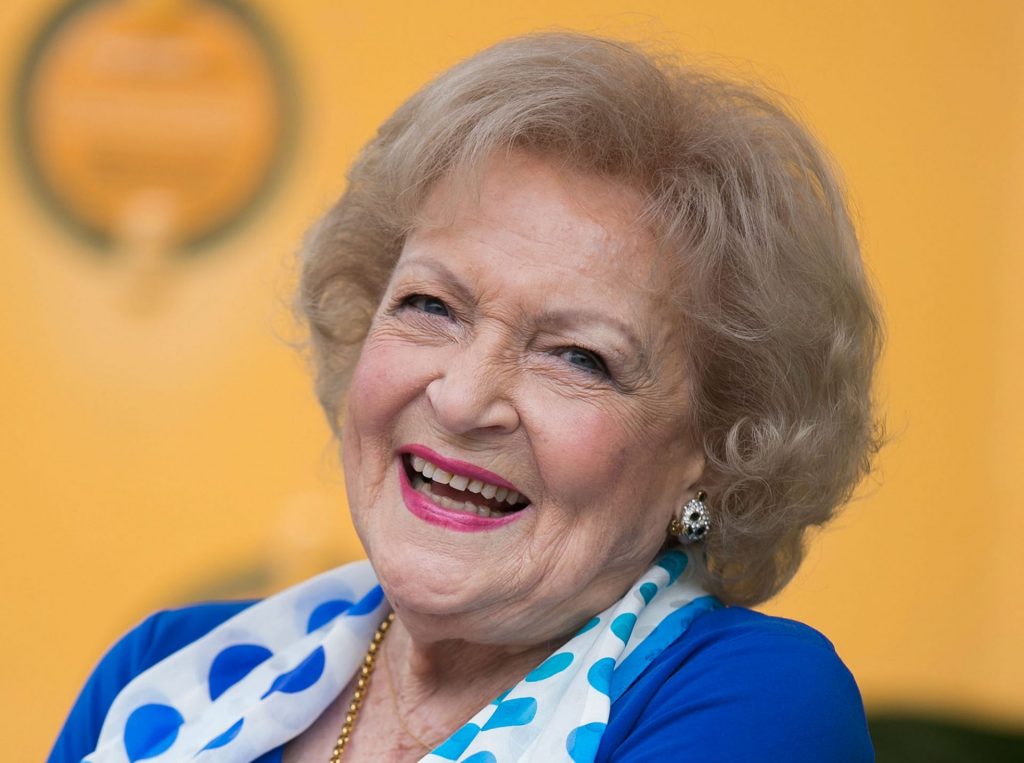 January 17, 1922 was born the future star Betty White. She is not only an actress, but also a comedian, an author, and an active advocate for animal rights. Early television is firmly associated with White’s name, as she was the first actress who took control behind the camera. In addition, the actress was the first female producer of the comedy series “Life with Elizabeth.” This kind of experience led to White receiving the title of Mayor of Hollywood in 1955.

Betty began building her career from the age of eight. In 1930, she made her radio debut in Los Angeles. Then White tried on the role of a radio host. The girl’s mentor was disc jockey Al Jarvis. 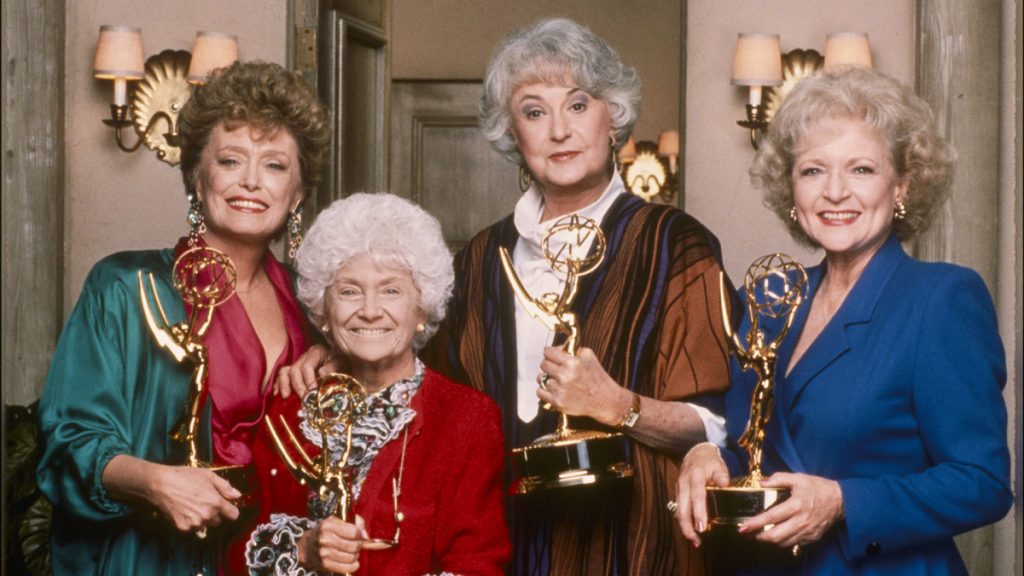 A transition from radio to television followed. Game shows such as “Match Game”, “Password”, “Telling the Truth”, “Hollywood Squares”, and “$25,000 Pyramid” opened their doors to Betty. The actress received the unspoken title of the first lady of the game show. She even received a Daytime Emmy Award for Outstanding Game Show Host for her performance on “Just Men.” This added the title of the first ever female Daytime Emmy Award winner to White’s list of accomplishments.

In addition to participating in game shows, White took part in other television projects. For example, she played in the television series “The Bold and the Beautiful,” “Boston Legal,” “The Carol Burnett Show,” and “Saturday Night Live.”

White’s television career, which she built over eighty years, is considered unique in its length. Because of the impressive number, the actress entered the Guinness Book of World Records in 2018. 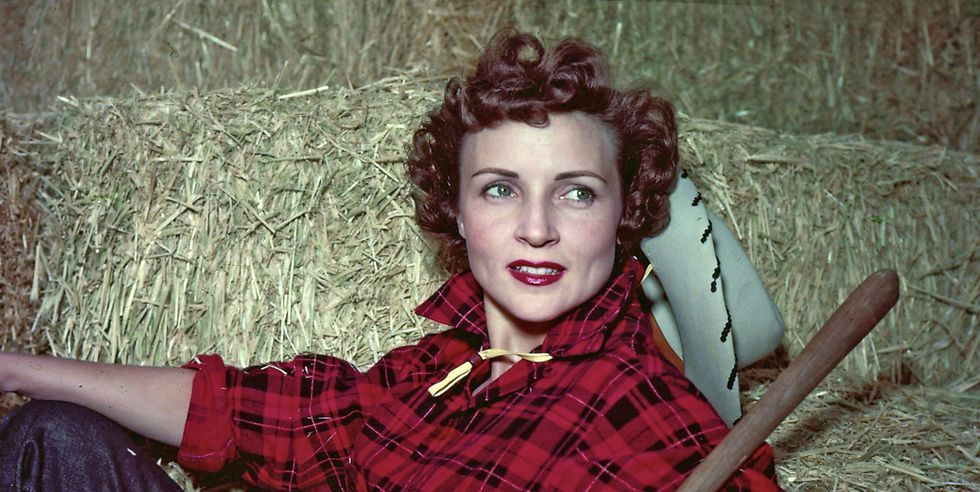 Her name graces the Hollywood Walk of Fame, and in 1985 White was inducted into the Television Hall of Fame. Such a number of honors and awards the screen icon was awarded quite rightly, because she gave joy to viewers for many years.

Betty had three marriages, but all the unions were without children. Betty’s first marriage took place in 1945, her husband was Dick Barker, a veteran of World War II. When the young couple was married, they moved to live on a poultry farm in Ohio. But Betty soon realized that the new way of life is foreign to her, her world was show business. She made the decision to separate from Dick and left the farm.

Two years later she remarried to Hollywood agent Lane Allen. However, even this marriage did not last long. Betty’s third husband was the host of “Parallel” Allen Ludden, they were married in 1963. And this marriage was the happiest.

Many times White reminisced about her marriages. So, giving an interview to a famous American news magazine, she admitted that her first two marriages were “bad marriages”. Betty explained that the first two unions turned out to be traumatic for her, so she does not like to talk about them. According to the celebrity, she felt like a failure because both marriages didn’t work out.

But despite the bad experience, she still managed to experience happiness in the marriage with Allen Ludden, whom she considers the perfect man.

When White talked about her first marriage experience, she explained that the newlyweds’ plan was to live on the coast near Los Angeles. But the spouse unilaterally, without warning Betty, changed those plans. That’s how they ended up in Belle Center, Ohio. Instead of living near Los Angeles, Betty would spend her days on a poultry farm.

However, this is not the only disadvantage. The actress said that on the farm, the newlyweds had to live together with Barker’s parents. One day they told her to cut down a chicken, and to make dinner of it. And Betty couldn’t do it, because even then she was an active advocate for animal rights. The actress finally realized that she didn’t belong there, and filed for divorce after eight months of marriage. White returned to California. 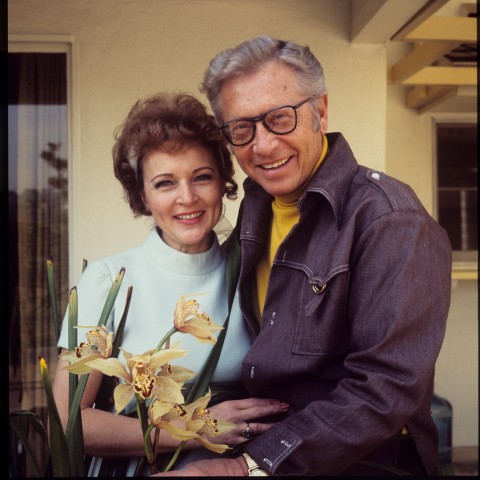 She soon met Allen Lane. Betty always admitted, that Allen was a glorious man, and she lived with him for two wonderful years. But Allen did not want his spouse to work in television, so he asked Betty to leave her job. But White couldn’t imaging her life without camera, she couldn’t see herself doing any other job. She made her choice and left her husband and she never regretted her decision after.

White admitted that the bad experience of first marriages formed in her some complexes. According to Betty, she used to blame everything on herself in the first place. And she was eaten away with guilt. But after a few years, White managed to get rid of oppressive feelings, right in time to meet her 3d husband – Ludden, who perceived everything with great interest. Describing her spouse, Betty noted that Ludden was an intellectual and a romantic who skillfully courted a woman.

When White and Ludden met, the man was the host of the show “Paralle” and Betty was on it. The show was filmed in New York, and Betty continued to live in California. So when Allen asked Betty to marry him, she turned him down. For a whole year, Ludden was receiving rejections on his proposals.

The turning point was the Easter holiday. On that day, Betty received a gift from Ludden – it was a white stuffed rabbit with diamond earrings sparkling in its ears. The gift was accompanied by a card, Allen didn’t back down and asked Betty to be his wife again.And when Ludden dialed Betty’s number on Easter night, instead of the traditional “Hello,” he heard the long-awaited “Yes.”

In the summer of 1963, they were married. Betty moved in with him in New York and welcomed his children from his first marriage as her own.

Betty and Allen didn’t get their own children, but for a star of television it was not a global problem, she gave herself to television and the audience. Over the years of their marriage Ludden stayed romantic and attentive to his beloved.

The beginning of 1980 was marked by sad news. Ludden was diagnosed with stomach cancer. He lived just over a year and died three days before their 18th anniversary together. Ludden was 63 years old.

After Betty had other relationships, but she never got married again. After experiencing happiness with a better man, Betty realized she didn’t need others.

White honestly admits that her first two marriages were a mistake. According to Betty, not everyone is lucky enough to experience the main love of his life, and she is grateful to fate for bringing her and Ladden together.