In the U.S., the foster care system can be brutal, especially for siblings who get separated.

A pair of young brothers lived separately in foster homes for several years. They only got to see each other once a month. The siblings were desperate to live together again after taking some much-needed time to heal from their trauma. Finally, in July 2018, all of their dreams came true when a man decided to adopt both of them at the same time. After so many years of being apart, they were finally able to be a family and be together again.

The brothers’ names are Tre and Ke’lynn, and they were 10 and 7 years old when they first appeared on a newscast in October 2017, where they shared their heartbreaking story. They had already been in Child Protective Custody in Texas for about three and a half years, spending almost the entire time living in separate foster homes.

The boys were incredibly emotional and cried every time they finally got to see each other. They longed for the day when they would be officially reunited for good. In November 2017, a doctor by the name of Robert Beck stepped up and wanted to do everything he could to make these boys’ wish of being reunited come true.

When he saw the newscast and heard their sad story, Beck instantly knew that he wanted to be the one to care for the children and give them the forever home they deserved. Finally, in July 2018, Beck, Tre, and Ke’lynn were officially declared as a family when Beck surprisingly adopted both brothers together. 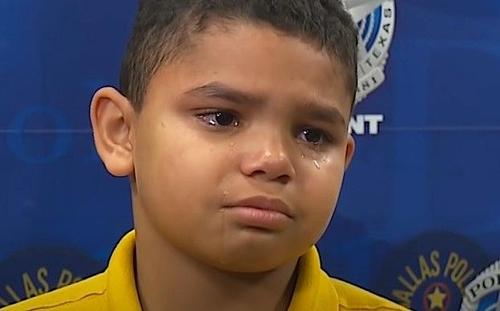 In October 2017, WFAA featured Tre and Ke’lynn during their Wednesday’s Child Report segment, sharing the boys’ heartbreaking story of living in separate foster homes as they overcame their early childhood trauma. The brothers only got to see each other once a month and longed to be permanently together since they were all they had. “I want to see him every day, and I don’t,” Ke’lynn said.

A month later, Beck decided to step up. According to WFAA, he was adopted himself, and he had previously adopted a child from another Wednesday’s Child Report. He explained, “I was crying mostly because it just pulled at my heartstrings, and I felt an instant connection with the boys, and I said I’ve got to figure out a way to get these boys in my home and learn more about them.”

Since then, Tre and Ke’lynn have been living with Beck, but nothing was ever solidified. It was going to take some time for the adoption process to take place. In July 2018, that time had come.

Neither of the brothers knew what was going to happen when they walked into a North Texas courtroom on July 18, 2018, according to WFAA. They thought they were just taking pictures, but they soon got the surprise of a lifetime and were told it was their adoption day. What made the occasion even more special was that they were being adopted together.

Both brothers were excited about the future they had together.

One brother said:
“I got adopted and I feel good.” 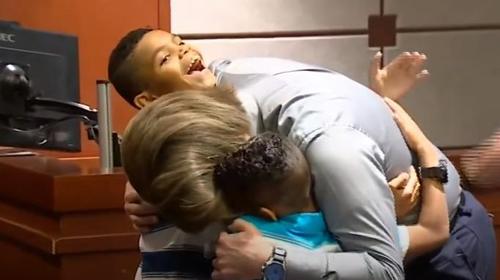 When asked what was going to happen next, Tre smiled and said:
“I go home.”
Dr. Beck said:
“Just being able to give them a forever home and know that they’re forever mine is just super special.”
When asked what the boys mean to him, Dr. Beck answered:
“I love them, with all my heart.”
Over 437,000 children and youth are in foster care in the U.S., according to the American Society for the Positive Care of Children (American SPCC). What’s more, it takes years for children to get adopted, and those who never find a permanent place to live get passed between group homes and families until they age out of the system. The American SPCC reported that over 118,000 children in the United States are still waiting to be adopted, and many wait three to four years before they see adoption. The organization also illuminated the fact that more boys are in the foster care system than girls, at a ratio of 52% to 48%.

The American SPCC emphasized the emotional toll being removed from one’s home has on children:
“This displacement causes a unique set of emotional, social and academic challenges for them. They often experience grief, guilt, anger, sadness, loneliness, anxiety, low self-esteem, mental and physical health issues….20,500 youth are emancipated from foster care without reunifying with their families, or being adopted.”
This very well could have become the fate of Tre and Ke’lynn, but thankfully Dr. Beck stepped in and changed their lives for the better.

What did you think about this emotional story? Are you happy to see these brothers together? Let us know, and be sure to pass this along to your family members and friends, too.