Hitmaker Bruce Springsteen celebrated a milestone of a kind. Having had his children late in life, he became a granddad. He earned the title after his youngest son Sam became a father.

Bruce Springsteen found success with music very early in life, releasing hit singles such as “Born To Run” and “My Hometown,” which thrust him to instant fame. He sold over 150 million records worldwide, listing him among the best-selling music artists in history.

However, he wasn’t as lucky in his love life as his journey to true happiness has been bumpy. He admits that it took marrying a beautiful young blonde to realize his heart belonged to the woman he shared a stage with every night. 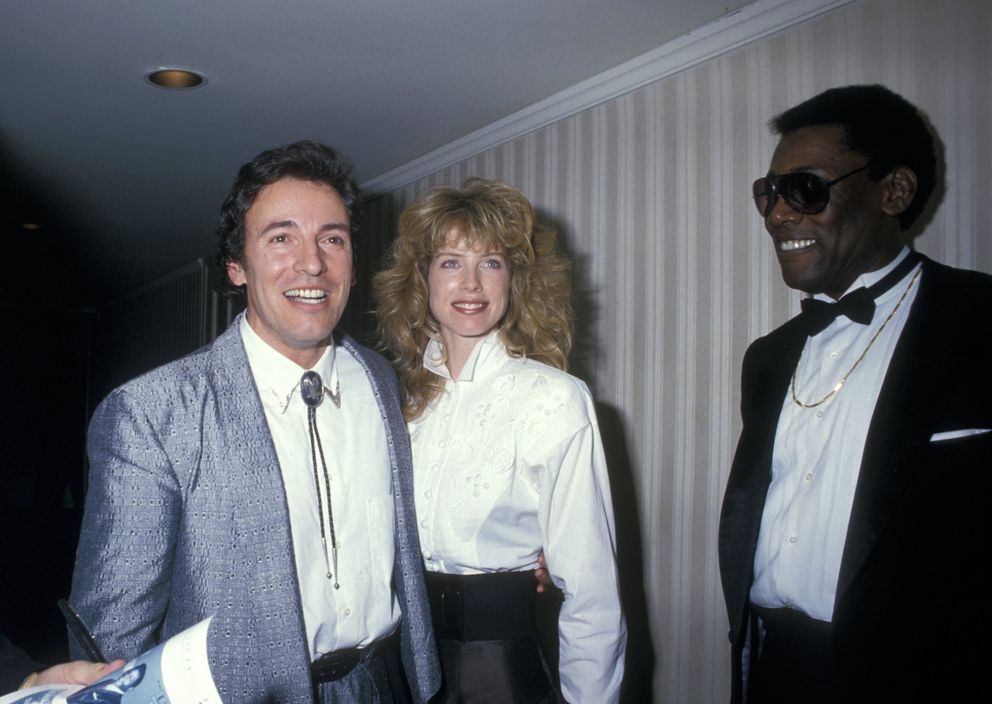 The “High Hopes” singer met his first wife, Pacific Northwest model-turned-actress Julianne Phillips, in Los Angeles. He describes the then 24-year-old as a charming, talented, educated, and blonde beauty.

They married shortly after midnight on May 13, 1985, at Our Lady of the Lake Catholic Church in Lake Oswego, Oregon. Romantic as it may sound, that was far from the situation on the ground.

Shortly after the wedding, Springsteen started dealing with bouts of severe anxiety attacks. He’d not told his young bride, perhaps to avoid scaring her away, that he was terrified of commitment and had been for years. 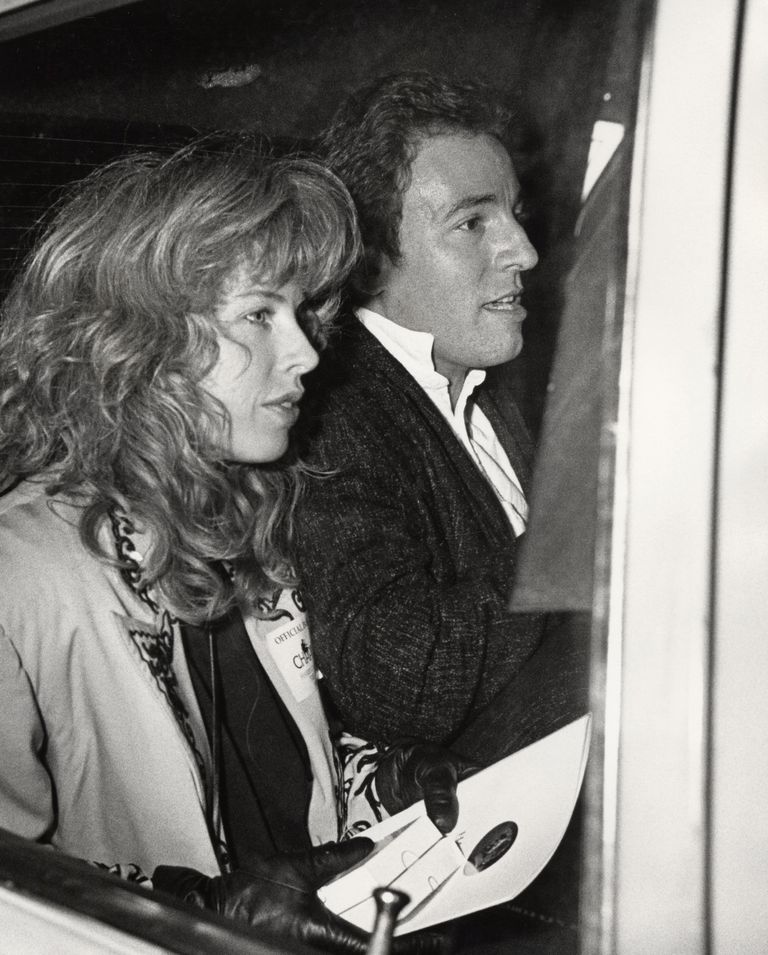 That was only part of the problem. Springsteen’s traveling began taking a toll on the marriage, but there was more to it than he let on. For years, the singer had performed alongside bandmate Patti Scialfa, but there was nothing more to their relationship.

However, a short while after marrying Phillips, Springsteen began looking at Scialfa through a different lens and suddenly realized he was attracted to her. They fell in love in 1988, during his “Tunnel of Love” tour.

SPRINGSTEEN FELL IN LOVE WITH SCIALFA WHILE STILL MARRIED 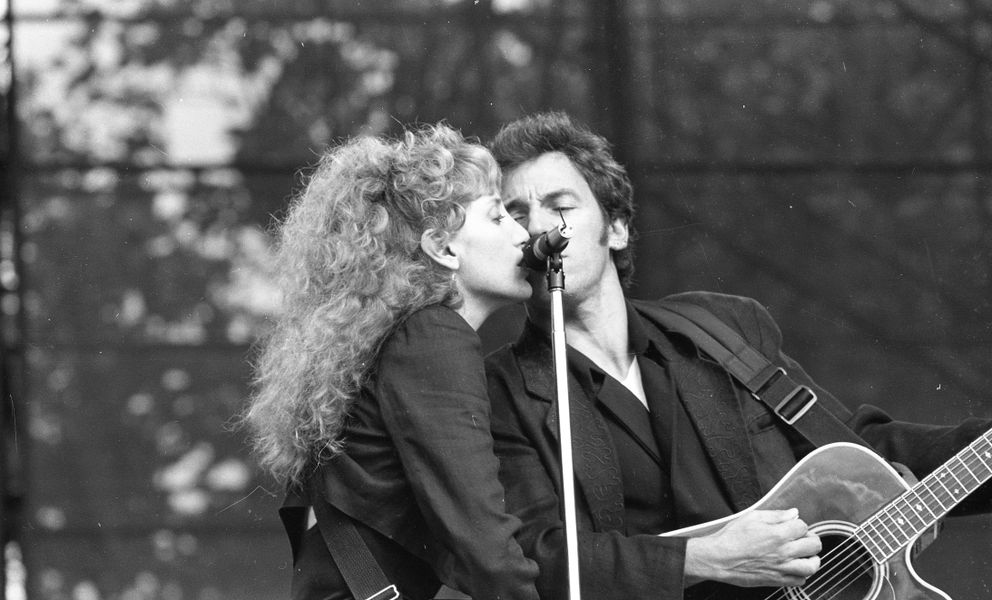 They started an affair, but it would soon come to public light after a photographer spotted them snuggling up on a balcony in Rome Hilton, with Springsteen in his underwear.

A week later, the two were spotted spending plenty of time together, grabbing meals in the wee hours of the morning and going to the gym together. One gym member disclosed:

“They were definitely a ‘couple,’ they were laughing, joking around.” 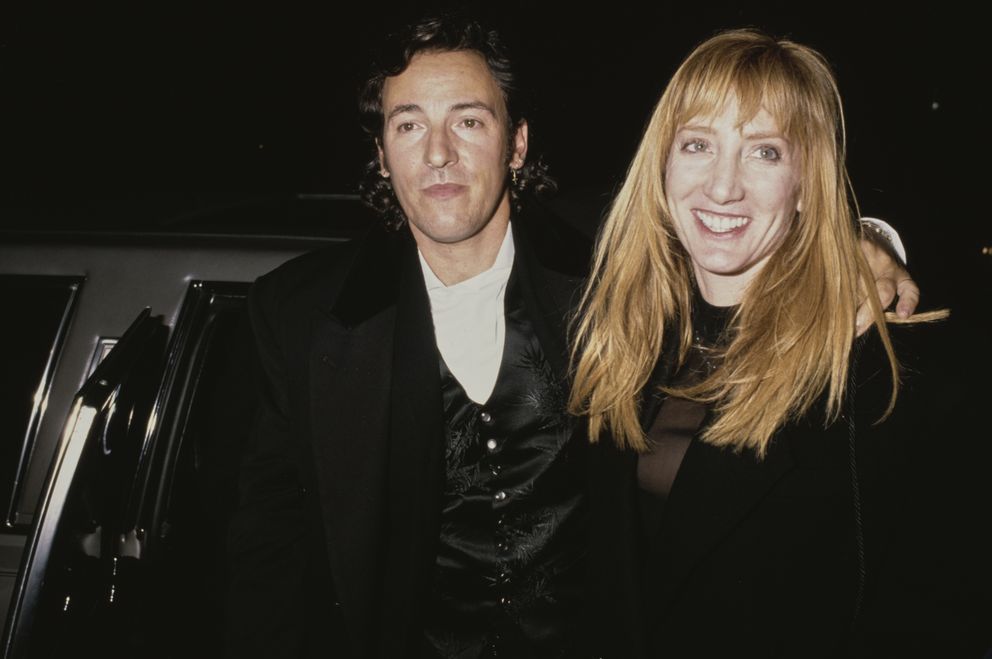 When it became apparent that his romantic focus had shifted, Springsteen and Phillips separated in 1988, but it remained hidden from the public. He started living with Scialfa shortly after.

Citing irreconcilable differences, Phillips filed for divorce in Los Angeles on August 30, 1988. By Springsteen’s admission, he says he humiliated Phillips and did not handle the separation as he should have, adding:

“I dealt with Julie’s and my separation abysmally. I made a tough thing more heartbreaking than necessary.” 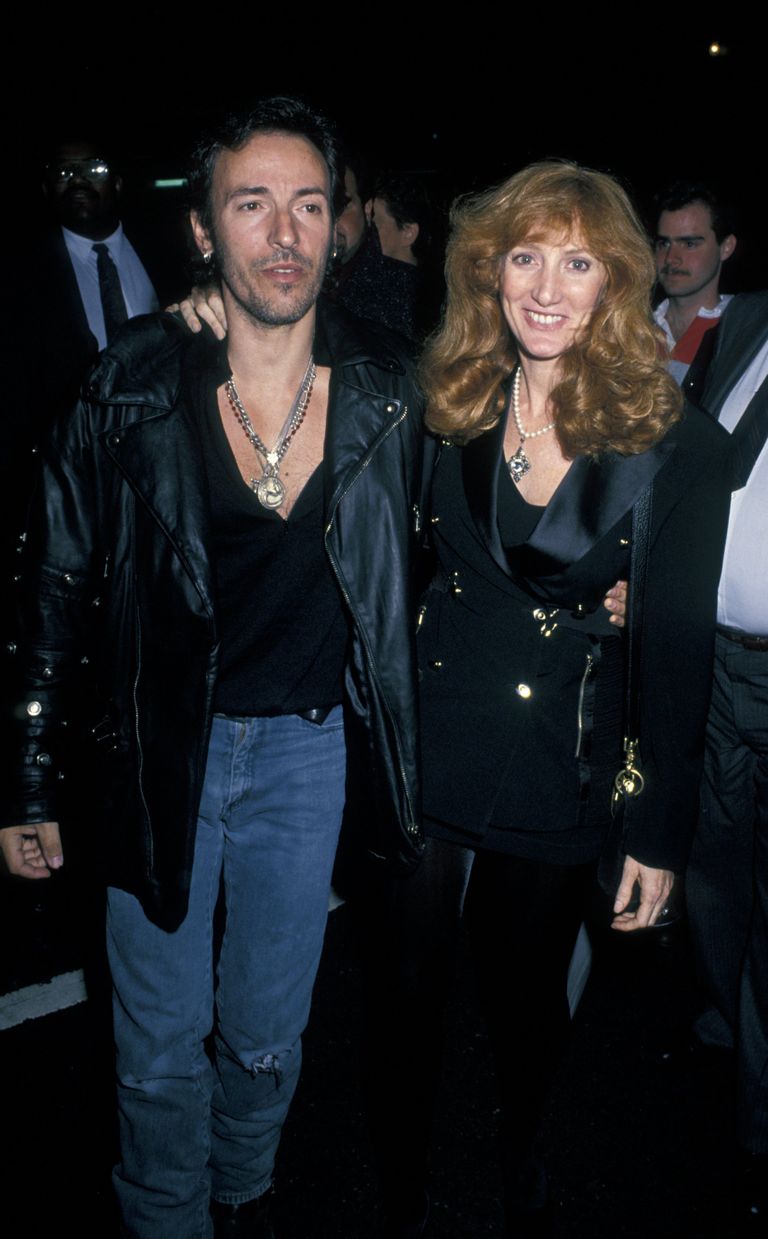 In 1990, Scialfa and Springsteen had their first child together, son Evan James before marrying on June 8, 1991, in the garden of their shared Beverly Hills mansion.

The same year they wed, they had their second baby, daughter Jessica Rae. They expanded their little family three years later, after welcoming their third child, son Sam Ryan on January 5, 1994.

Fatherhood became a life changer for the singer, and he began understanding what it meant to be a man. Having already been an established musician, he ensured his family became a priority. 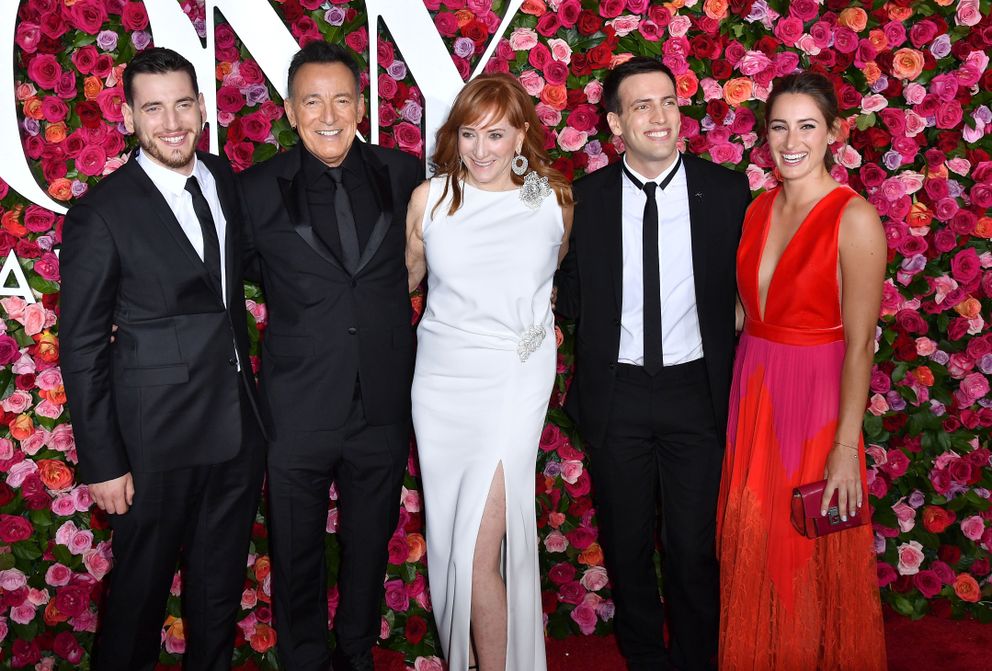 Springsteen also praised his wife for “bringing” lots of love to their marriage and being stable and solid enough to help him through his most depressing moments in life.

Looking back on the beginning of her relationship with Springsteen, Scialfa recalled being so involved emotionally that she did not think it would be big news. Even so, it was tough trying to remain behind the scenes after the story of their affair exploded. She shared:

“I was just very protective of myself and my relationship, trying to move through that tough period as gracefully as I possibly could.” 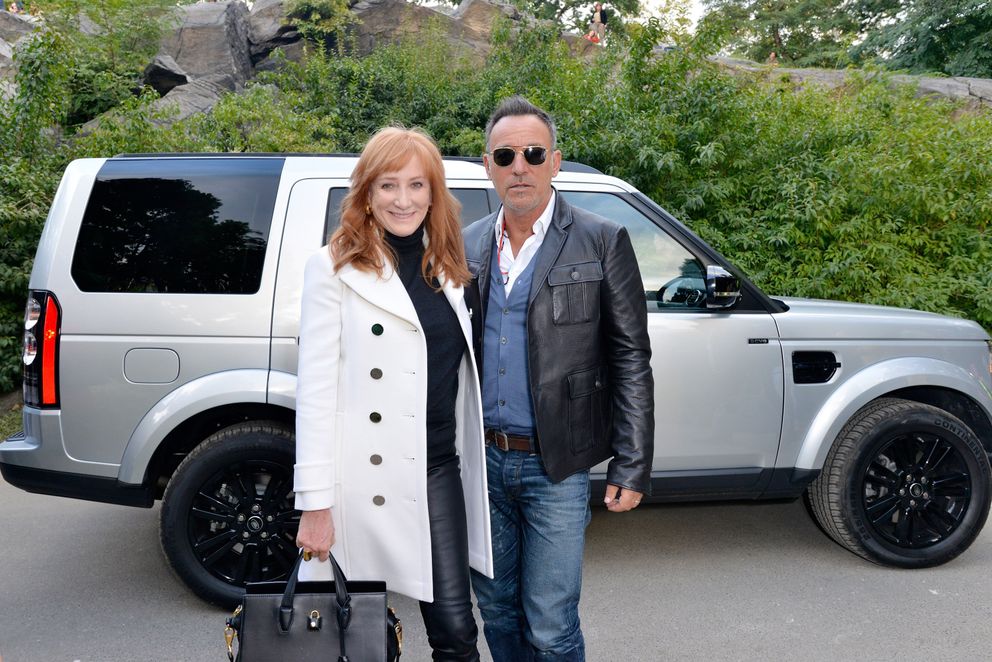 It has been over three decades since the lovebirds walked down the aisle. They have successfully raised their kids, who are now adults, with their independent lives and careers.

After so long together, Springsteen had nothing but beautiful words to say about his wife. He says she’s been the center of his life and a source of guidance and inspiration.

They are still lovey-dovey with each other, on stage and at home, and are not shy to show affection. Scialfa says they often gross their kids out with their kissing and constant displays of affection.

WHERE ARE THEIR CHILDREN TODAY? 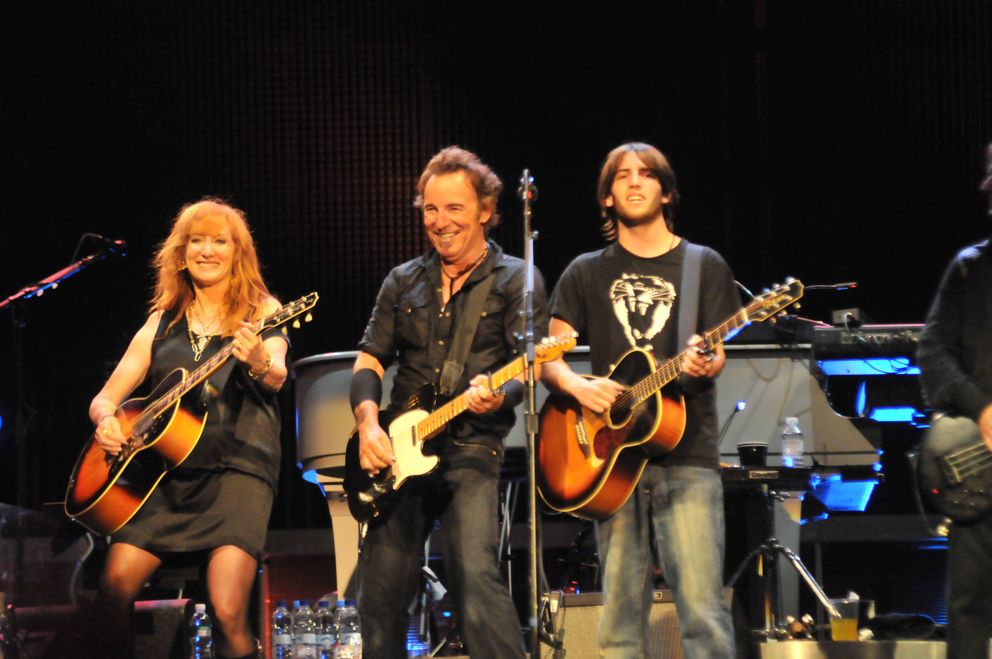 Like many celebrity children, Springsteen and Scialfa’s first son, Evan, followed in his parents’ footsteps. His passion for music has seen him occasionally sing and perform with his dad on stage.

Even so, Springsteen shared that his children had zero interest in their parents’ type of music and preferred other music icons growing up. Today, Evan keeps a low profile and only appears occasionally on red carpet outings and his parent’ social media. 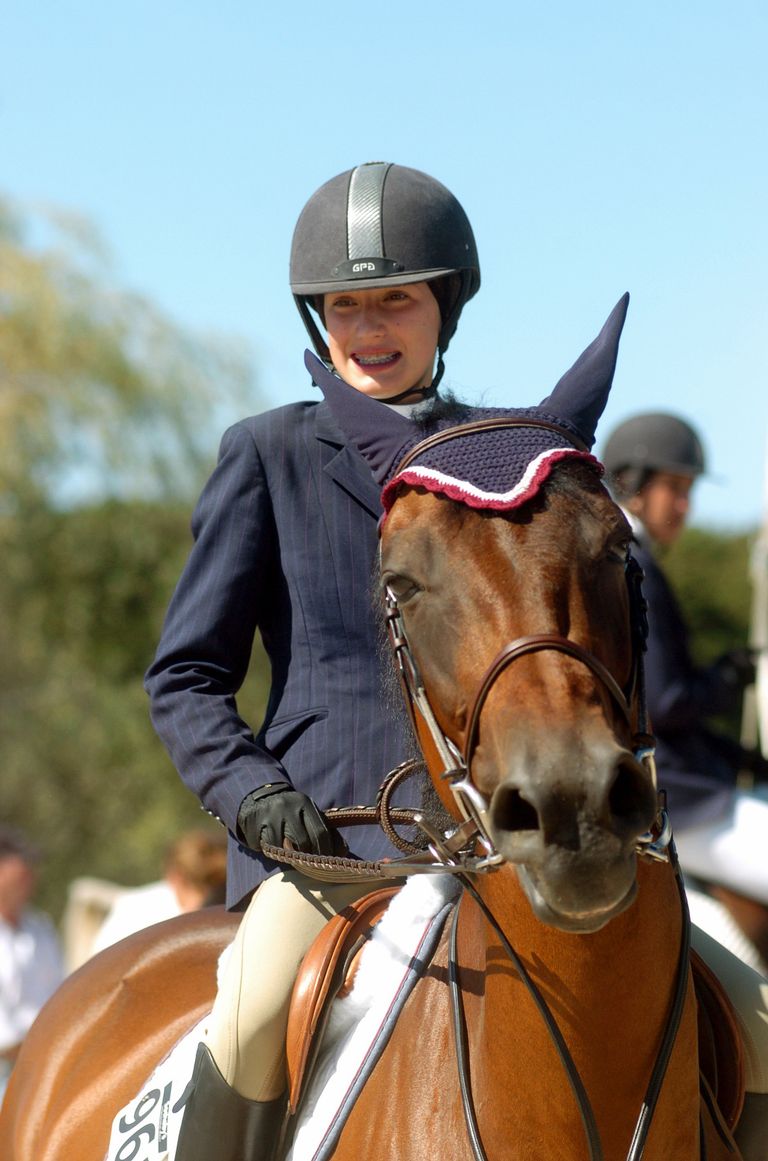 Born on December 30, 1991, Jessica Rae has her father’s drive. She has a successful career as an equestrian and has earned herself the title of “one of the leading U.S. equestrian riders on the circuit.”

Springsteen’s youngest son Sam is passionate about fighting fires. In 2020, his proud parents sat front row at the New Jersey City Hall as they watched Sam’s swearing-in as a firefighter for the town of Jersey City.

While they are profoundly proud of their children, Springsteen and Scialfa celebrated another milestone this year. They are the newest grandparents in town!

They earned themselves the endearing title after Sam, and his girlfriend welcomed their daughter, Lily Harper Springsteen. Scialfa celebrated the fantastic news with an Instagram post of the happy couple pushing the baby in a carriage.

She also shared a cute photo of the newborn soon after she came into the world. She wrote alongside the photos: “Walking the baby. Lily Harper Springsteen 🌼”

The little girl looked cute in matching pink gloves and hat as she made her massive Instagram debut. Lily is Springsteen’s first grandchild.