On his way to the bank, a businessman found a letter for Santa and set out to find the kid who had written it, but he never imagined the beautiful reward he would get later.

Sean parked in his regular spot next to his local bank. It was afternoon already, but he had been running errands all morning, and then, the snow got a little too bad for him to drive. He waited a few hours so that the snow plows had time to clear the streets, and he got out of the car smiling tentatively.

He didn’t hate snow. It just reminded him of a happier time that would never come again. There was still some white stuff on the sidewalk, and he tried to step carefully on it to avoid falling. But his fancy shoes made a crinkling sound. That didn’t make sense, so the businessman looked down and saw a piece of paper. 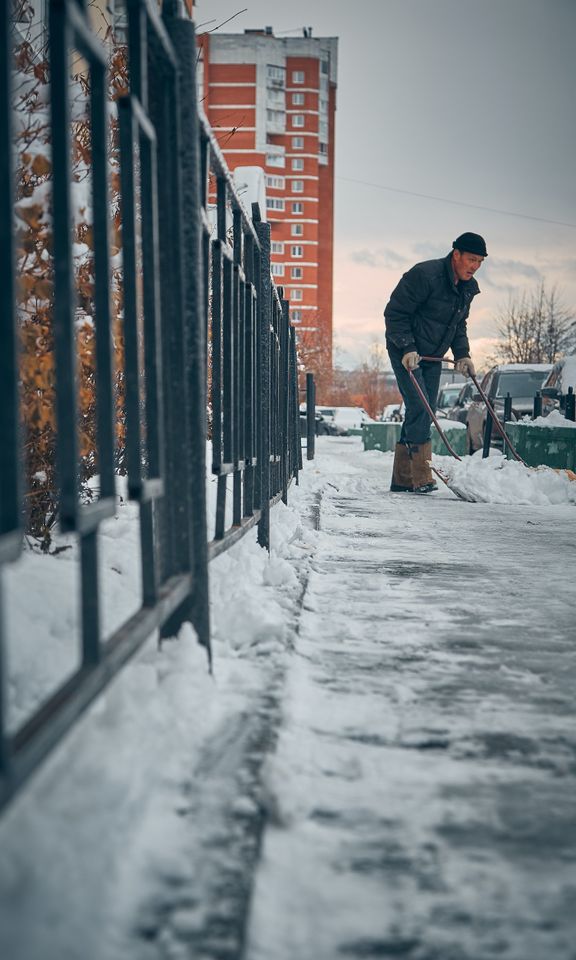 He grabbed it quickly and saw a wrinkled letter addressed to “Dear Santa” in a simple, childlike script. Sean’s hand trembled as he tried not to crease the paper further. He didn’t hate Christmas, or Santa, or the celebrations, or the merriment. But seeing all the happiness would only remind him of all he had lost.

“I can’t believe you went through all that pain, and yet, you’re here.”

Years ago, his wife died in childbirth. His baby luckily survived; he adored snow, Christmas lights, caroling, and everything about this holiday. But he died at six after a freak accident at his school, and Sean lost all his cheer since then.

He tolerated the holidays because he didn’t want to act like a Grinch. He sent his nieces and nephews presents and attended the family dinners, but he was a ghost.

This letter was only a reminder of what he could have, but somehow, it made him curious. With trembling hands, he opened the envelope. Maybe, he could find out what this kid wanted for Christmas and find a way to make her wishes come true.

“Dear Santa,” he read aloud. “It would be great if I could get a new pair of winter boots. My mommy can’t buy them because it’s too much money, but I get sick without good shoes…” 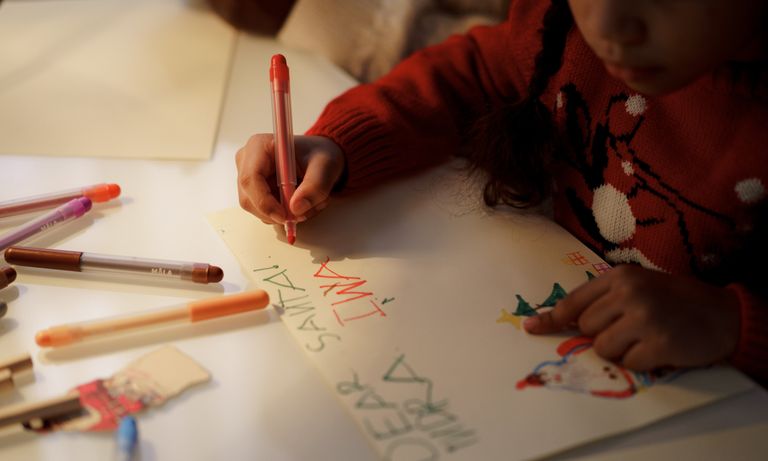 The letter continued explaining that the kid’s mother didn’t have much, but they were happy when she was not sick, and she hoped that boots would help her stay out of the hospital. Sean was surprised to feel a tear falling down his cheek when he read the end, “Thank you very much, Santa. Love, Missy.”

He hated that some little girl and her mom went without the basics when he had so much money and no family to share it with. He felt like it was a cosmic joke that was so unfair.

Unfortunately, since a child wrote the letter, it had no return or forwarding address, so Sean was stumped. But then, he realized that if the letter was right there in front of the bank, he could ask around about the child.

One of the tellers, Cynthia, actually recognized the paper. “Oh, yeah. That belongs to Mrs. Franklin and her daughter, Missy. Missy had the envelope in her hand and said, ‘We’re going to mail the letter to Santa.’ I’m surprised they lost it,” she commented.

“Do you have their contact information?” Sean requested sincerely. “I know it’s not orthodox, but I want to give the girl what she wants. She’s only asking for winter boots because she gets sick. It’s terrible.”

Cynthia gave him a phone number, and a woman picked up. “Yes, I’m Martha,” a woman answered, and Sean explained the purpose of his call. “Oh! You found my daughter’s letter. She was distraught that she had lost it. But that’s ok. She was going to write another at her grandma’s house.” 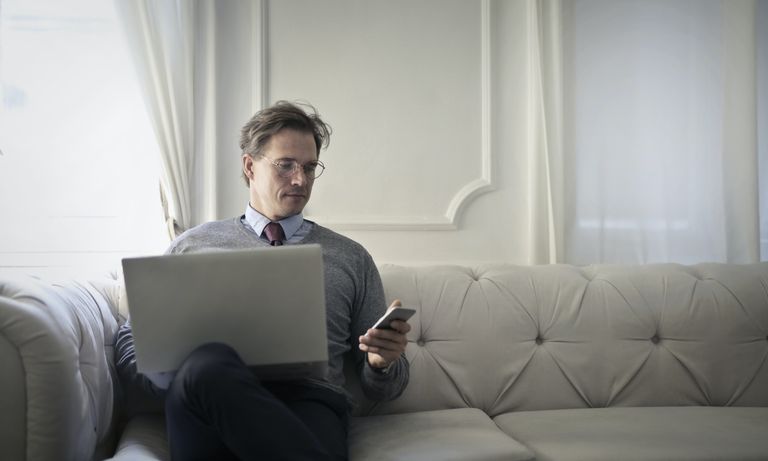 “Actually, I was wondering if you and I could meet and talk. I’m at a regular at the bank, where I found the letter,” Sean asked, introduced himself, and explained what he wanted. Naturally, the single mother was reluctant, but she agreed to meet after her work shift at the dinner.

They met at a café near the bank, and Sean was surprised to see such a young-looking woman with a round face, wide eyes, and a curious expression. It was endearing, and something in his chest lit up.

“Did you read what she asked Santa for?” Sean wondered after some chitchat.

“Yeah,” Martha nodded, but her eyes showed shame. “I’ve been searching online, and the cost of winter boots is just so crazy. Right now, I can’t afford it. But also… she’s not getting sick because of the cold. Not necessarily. The doctors said she had a weak immune system, which has nothing to do with that. I just had to tell her that story because she’s been getting scared of the winters.”

“She’s been hospitalized during the winter?”

“Yeah, but she also got hospitalized last April, so it’s not the cold. I try to do my best, but I’m drowning in rent and medical bills. It’s not easy. It’s been hard because I only have my mother to help me. I actually went to the bank, but they didn’t approve me for the loan I wanted…” Martha said, shaking her head and looking away. “Oh, look at me. Going on and on about my problems. I’m sorry.” 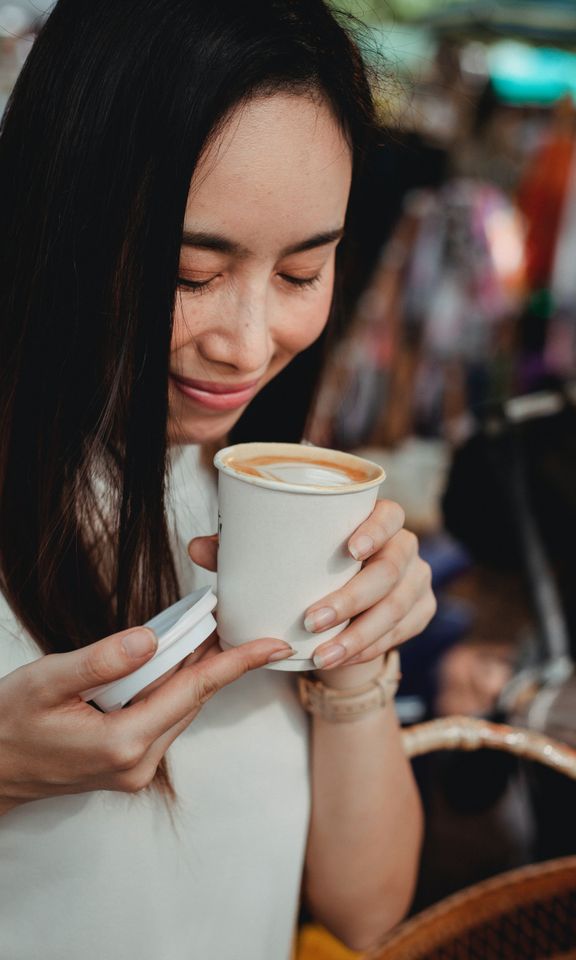 “No, I want to hear them. Continue, please. What about that loan?” Sean insisted, focused.

“I can’t afford the rent any longer, and we’re moving back with my mom. But that poor house needs so many repairs. I was hoping for a loan to do some repairs at least, but well…” Martha hesitated, pursing her lips and shrugging. “What can you do?”

“I can do something. But for now, please let me know your address. I want to send Missy her boots and some other things,” Sean revealed, and Martha shook her head, trying to resist, but Sean convinced her.

Missy loved the boots and the presents Sean sent her, but unfortunately, her sickness flared up, and she was hospitalized again. To everyone’s shock, Sean showed up. Every single day. He accompanied Martha, her elderly mother, and the little girl as the doctors told them about her tricky health condition.

She had pneumonia this time, and they tried to cure her with medications, but it was touch and go for a while. Sadly, Missy got worse and was placed on a ventilator at some point. During this time, Sean told Martha about what happened to him and his family and encouraged her to be strong for her little girl. 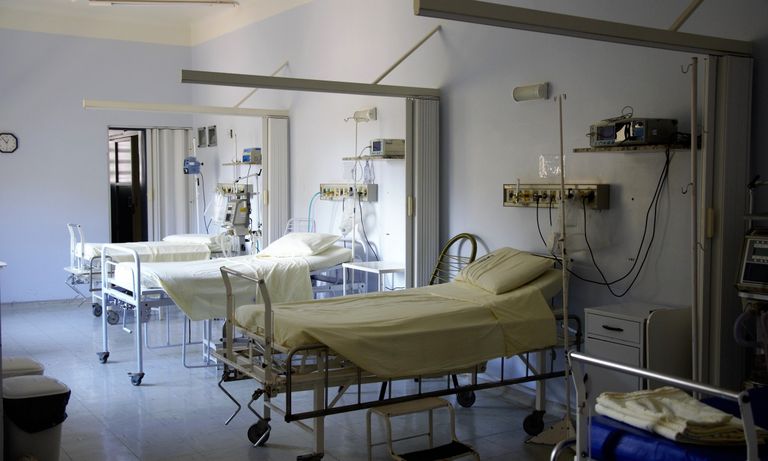 “I can’t believe you went through all that pain, and yet, you’re here,” Martha told him one night at the hospital.

“I know. I didn’t think I could. I felt numb all these years during Christmas because my son loved the holiday so much. But something about you, your daughter, and her letter to Santa… it was like… something in me changed,” Sean replied, his eyes sad and surprised at the same time. “I can’t explain it.”

Martha looked at him honestly for the first time, and they stared into each other eyes for a while. A frozen moment in time that they didn’t understand would change their lives forever. The only sound that permeated was Missy’s ventilator and the other machines in the hospital room.

Finally, a doctor came in and interrupted their moment. But it was a welcome interruption. He revealed that Missy’s new tests were much better, and she would be taken off the ventilator later that day.

Martha cried in Sean’s arms that night as her daughter breathed alone once again. A few weeks later, she was discharged from the hospital, and Sean was right there for them. He paid for this entire hospitalization and their other medical debts and had Martha’s mother’s house remodeled so they would all be safe. 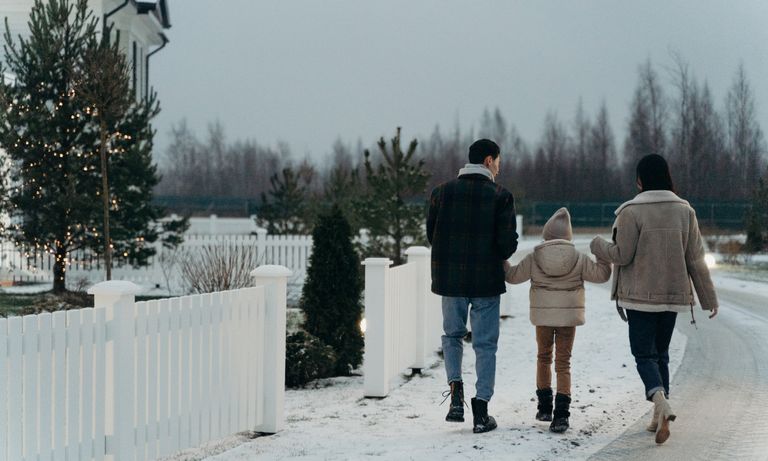 The single mother had no idea how to thank him, but Missy would hug and kiss him often. She also wanted to play all the time, and Sean was only too eager to do so. Eventually, Martha understood that Sean was not going anywhere, and most importantly, she didn’t want him to. They finally started dating officially, and the girls were never alone without support again.

After all his years of pain, they were his prize.

Helping others – even if it’s a huge sacrifice – can be the best choice of your life. Sean sacrificed his time and money and pushed through his pain to help this family, only to get rewarded by becoming part of it.
Help can come from the most unexpected place. Martha and Missy couldn’t have imagined that the letter to Santa would bring a miracle to their lives.