After enjoying a meal at Sammy’s Woodfired Pizza in San Diego, California, Julian Gallardo checked out his bill. He was outraged when he spotted a new charge on his receipt for something “extra.” 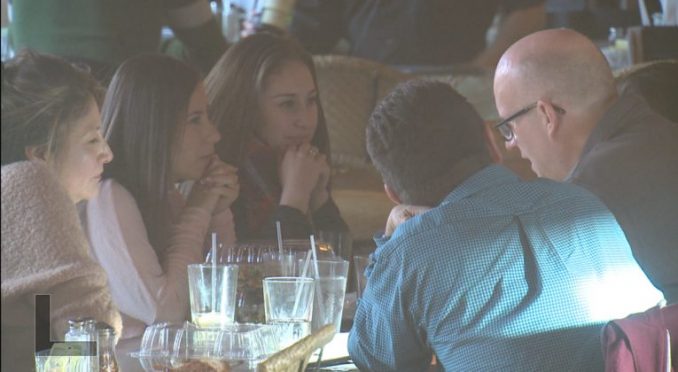 Julian Gallardo was outraged after dining at Sammy’s Woodfired Pizza in San Diego when he noticed that the bill for his meal bill included an additional charge that he was not told about beforehand. After he ate, the restaurant charged him an extra $3 to offset an increase in California’s minimum wage, according to FOX 5.

Although Julian enjoyed his meal and the service that came with it, the extra charge – which had not been mentioned by the staff – cast a shadow on his whole night. Even though the charge was just an extra $3, Gallardo felt tricked because he was not informed about the addon to his bill up front. “I wasn’t told there was going to be an extra charge on my ticket,” he said. “They should’ve told us or put up a sign out front saying, ‘Hey we’re charging an extra percentage.’” 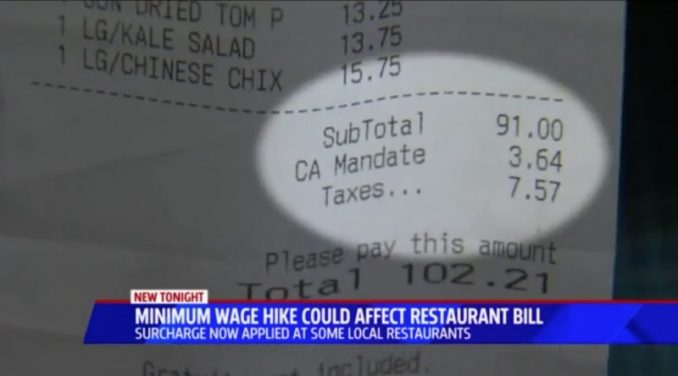 The extra amount that some California restaurants are charging their patrons has been dubbed the “California Mandate” and was put in place to “help offset the cost of additional labor expenses brought on by the recent minimum wage hike.” So if you’re dining in California, you may want to keep your eye out for it on your next bill, especially as the minimum wage continues to climb and more eateries follow suit.

According to the California Department of Industrial Relations, the state’s minimum wage undergoes a small rise every year and will only stop in 2023 when the minimum wage reaches $15 per hour. This was a popular policy when it was first introduced, but opinions have begun to shift now that the cost of the policy is being passed to the consumer.

“The surcharge works better than raising prices and helps offset additional operating expenses,” said David Cohn, the CEO of the Cohn Restaurant Group, which owns Sammy’s Woodfired Pizza. “It’s something being done all over the country.”

When questions were raised about the viability of increasing California’s minimum wage, there was immediate opposition from activist groups and workers unions. Jessica Yañez, the campaign manager for Restaurant Opportunities Center United, released a statement in defense of raising the baseline minimum wage. 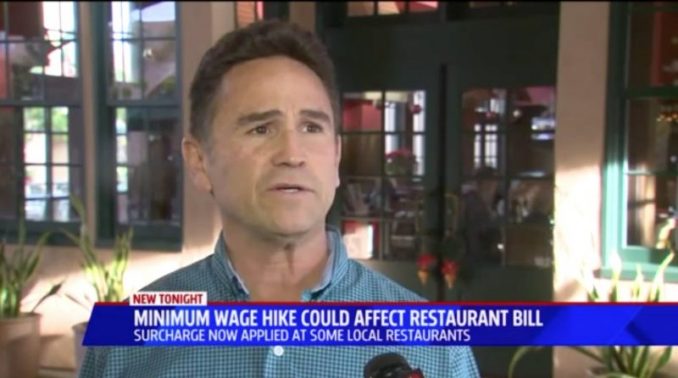 “We’re trying to eliminate the two-tiered minimum wage,” she said. “It’s not just about the money, it’s about the perverse work conditions that come from working for tips. The gender discrimination, the sexual harassment, the lack of being able to really plan your life around a budget like any other working person.”

As more and more restaurant-goers become accustomed to the new surcharge, the greater the chance that the California Mandate becomes commonplace in other restaurants. If other states follow suit by raising their minimum wage, we could also see this policy expand even further than the state of California. Indeed, California will serve as either the model or the cautionary tale when it comes to raising the minimum wage, and the whole nation will be watching the outcome.