Cashier Learns She Owns a $3.8M Business after Finding Will in Her Name — Story of the Day

An unusual letter provides the catalyst for one woman to uncover a secret kept from her for years, and receive unexpected wealth.

Gregory locked the door to the small corner shop where he’d worked as a cashier for the last twenty years. His coat was too old and thin to keep the chill from his bones as he walked home, but he smiled nonetheless. It had been another great day at work.

Gregory’s wife had never understood how he found satisfaction in what she called a low-level job. She’d left him because she felt he lacked ambition, but he still had his daughter.

Linda was standing in the foyer of the apartment block where she and Gregory lived when he entered the building. She had also recently started working as a cashier and still wore her uniform. In one hand, she held a letter.

“What have you got there, Linda?” Gregory asked as he approached her. 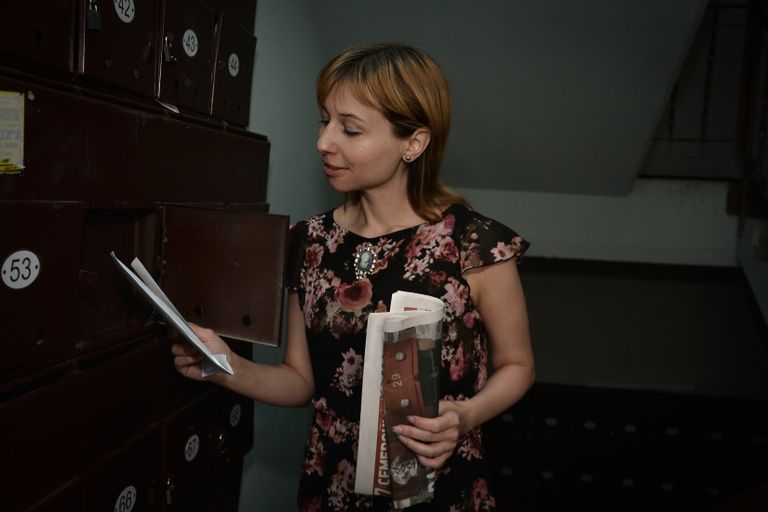 Linda looked up, startled. “You tell me, Dad. I’m too scared to open it.”

Gregory frowned and took the letter from his daughter. The name of a legal practice was printed on the envelope.

“Why would a lawyer be contacting me?”

Gregory shrugged. He tore the envelope open and studied the papers inside. His jaw dropped, and his fingers began shaking as he read. 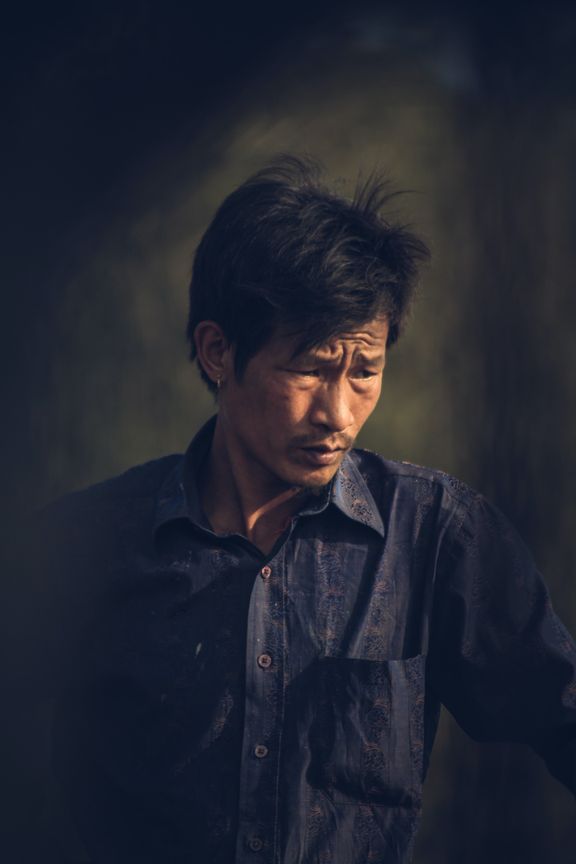 “It’s… strange. According to this letter, somebody has left you a business comprising three restaurants, and it’s worth nearly four million dollars.”

“What!” Linda snatched the letter from Gregory’s hands. “It’s got to be a scam.”

“I did this to find out whether you’re a good person.”
“There’s an easy way to find out.” Gregory leaned over to indicate the lawyer’s phone number on the letterhead.

Linda called the lawyer and arranged a meeting for the next day. Gregory accompanied her. 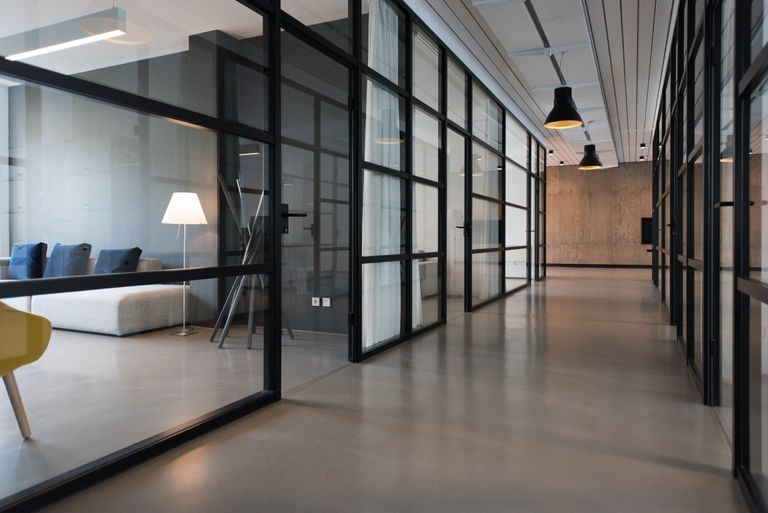 “This has got to be a mistake,” Linda told the lawyer when they entered his office.

“I don’t know anyone who would leave me a business.”

The lawyer shook his head. “There’s no mistake, Miss. My client, Matthew Markham, was very particular in his instructions.”

Gregory felt as though he’d been electrocuted. “Please, say that name again.”

Gregory understood everything then. He hung his head and burst into tears. 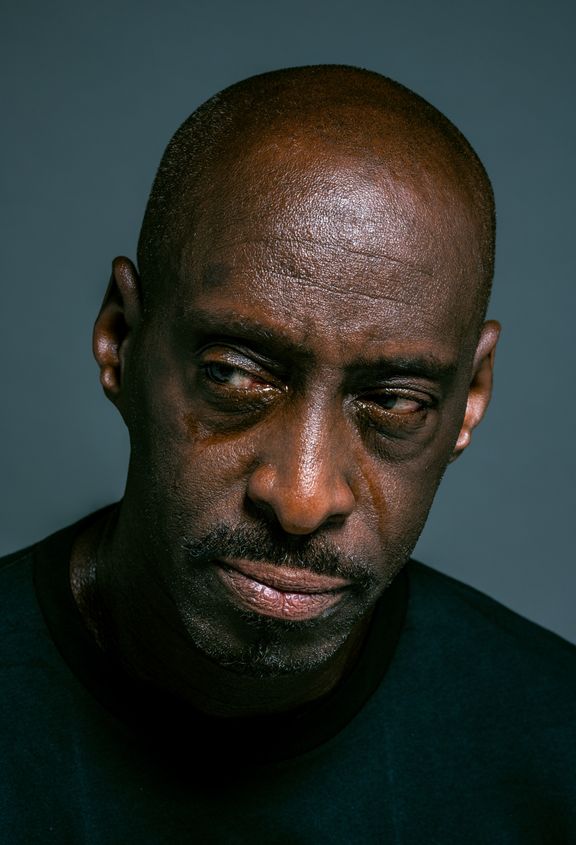 Matthew shivered with anxiety as he approached the cashier. He set down the packet of gum and stared at the man who rang it up. The nametag on his chest said ‘Gregory.’ He was the right man.

“Fine.” Matthew realized he’d zoned out and handed the cashier a five-dollar bill. “But I do need to talk to you. It’s about Linda.”

The man looked up sharply at the customer who had just uttered his little daughter’s name. “Is she in some kind of trouble?”

Matthew shook his head. “Do you have a few minutes, please?” 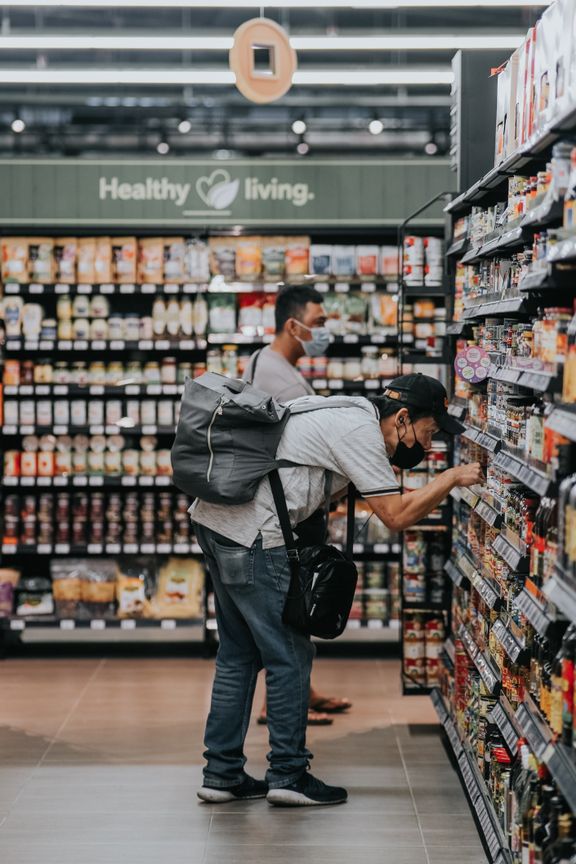 Matthew and Gregory arranged to meet at a diner nearby during Gregory’s lunch break. While Matthew waited, he thought over the revelations that had brought him to this point.

A few days earlier, he’d been discussing his terminal illness with a close friend, Jeremy, and lamenting that he had no heirs to whom he could leave his restaurant business.

Then Jeremy dropped a bombshell on him: Matthew had a daughter he didn’t know about. His ex-girlfriend had died in childbirth, and the baby was placed up for adoption.

Matthew immediately hired a detective to track her down. Days later, he was finally sitting down with Gregory, the man who’d adopted his daughter.

Matthew explained to Gregory that he was Linda’s biological father and then asked the question that was foremost in his mind:

“Does Linda know she was adopted?” 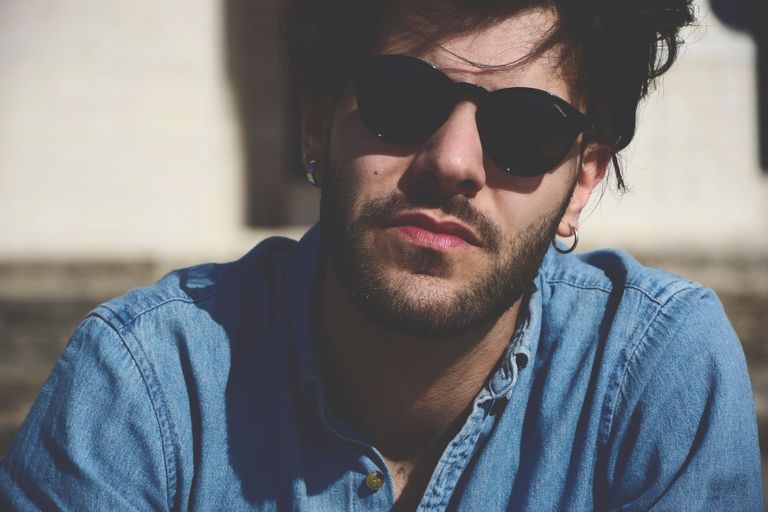 “No, and you can’t tell her, sir.” Gregory looked at him pleadingly. “My wife left me a couple of months back, and I can’t lose Linda too. Please, don’t take her from me.”

“What is she like?” Matthew asked. “Is she a good person?”

Matthew nodded. He was starting to get an idea. 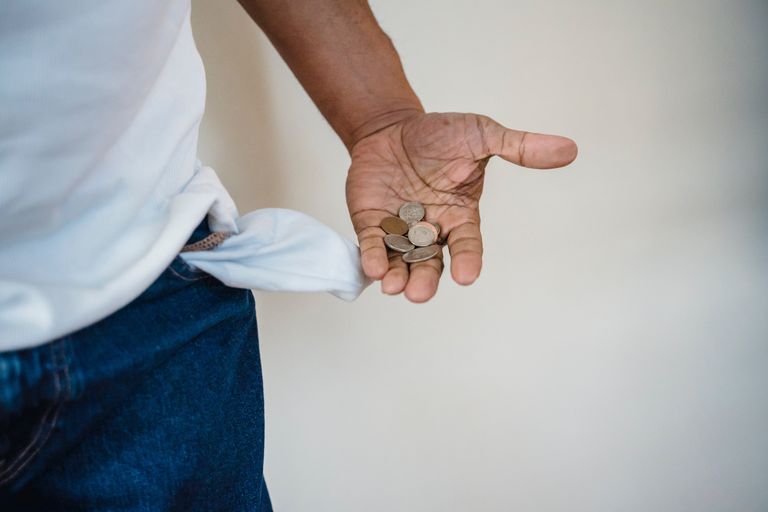 The next day, Matthew disguised himself as a poor man and went to the store where Linda worked as a cashier. He took a few essential food items to her checkout and waited while she rang them up.

“I’m sorry, Miss,” he said once she told him the cost.

“I can’t afford all of that. I’ve only got ten dollars.”

Matthew left the store and returned a week later. This time, he wore his finest suit. He chose several of the most expensive items in the store and again went to Linda’s checkout.

“Get out of the way,” Matthew shouted as he pushed his way to the front of the queue. “I’m in a hurry and need to be served fast.” 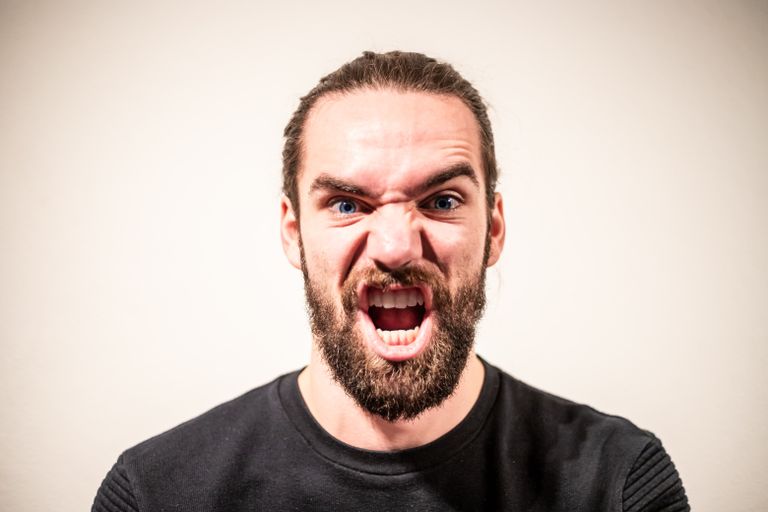 He set his purchases down in front of Linda and waved his hands at her. “Hurry up, girl, I’ve got an important meeting to attend.”

“Then you’ll have to tell them you’re going to be delayed.” Linda pushed his purchases aside and gestured to the woman behind him. “You’re next, ma’am.”

“I need to be served first!” Matthew exclaimed.

“That’s too bad, sir. I don’t allow anyone to push to the front of the queue, no matter how important you think you are.”

Matthew grinned from ear to ear. “I’m glad you said that.” 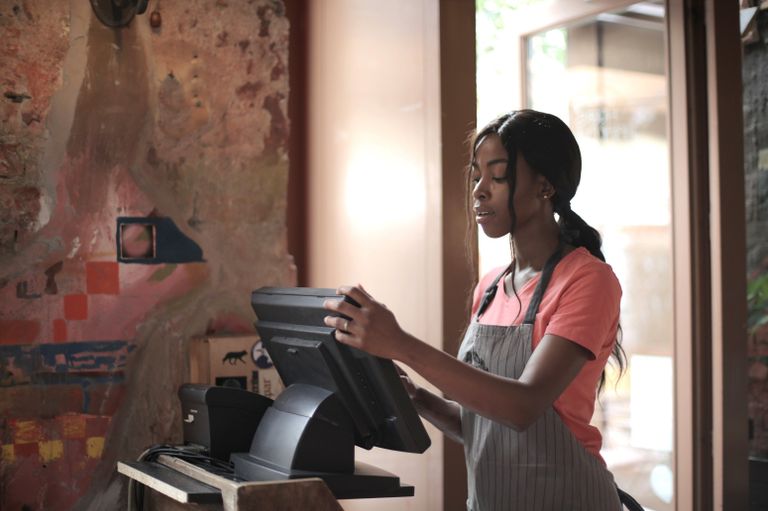 He reached for a bouquet of yellow lilies and placed the cash to pay for them on the counter. “These are for you, Linda. My name is Matthew, and I did this to find out whether you’re a good person.”

“Do me one favor, please, and remember my name when you see these lilies.”

“Matthew is the name of your biological father, Linda,” Gregory said. “You’re adopted.”

“Why did you never tell me?”

“I’m so sorry. I never wanted you to feel bad about it. Then your mother left, and I was afraid you’d leave me too if you knew I wasn’t your real father.” 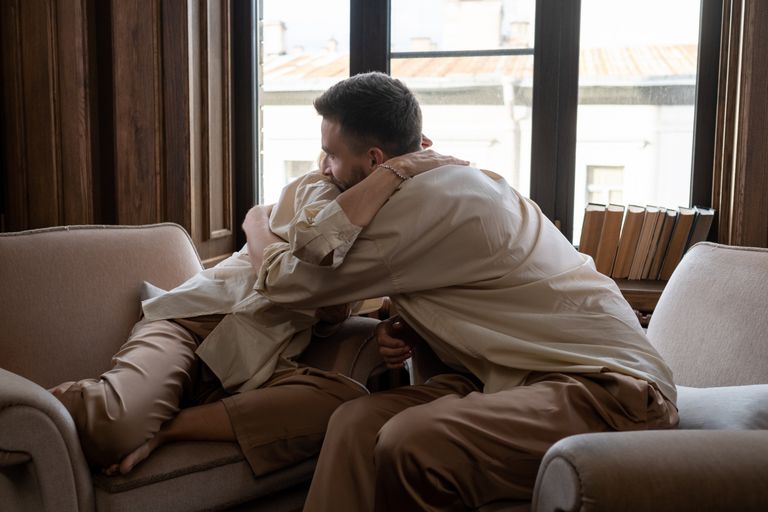 The lawyer cleared his throat. “As I was saying, my client bequeathed his three restaurants to you, his sole heir, when he passed away a month ago. These restaurants are each worth over a million dollars.”

“Mr. Markham also had a special request. He wanted me to give you something.”

The lawyer left the room and soon returned with a bouquet of yellow lilies, which he presented to Linda. 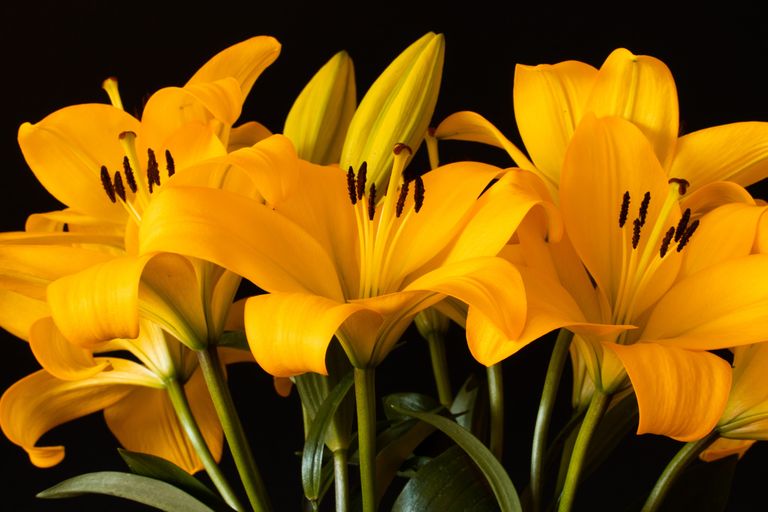 Linda cradled the flowers in her arms. “I understand now.” She turned to Gregory. “He came into my shop once and asked that I remember his name when I see yellow lilies.”

Gregory placed a hand on Linda’s shoulder. “I’m sure he was very proud of you, Linda, and will continue to be proud of you from heaven.”

Treat people equally, and you will be rewarded. Matthew was encouraged to leave his business to Linda when he saw that she was a good person.
One can find happiness in a simple life. Gregory and Linda were both happy to work as cashiers and earn an honest living.