When a young boy left home to hang out with his friends, he told his parents over the phone that he would be home soon. Sometime later, his mother hurried outside after hearing sirens around the neighborhood and instantly knew something was wrong. What she saw next was incredibly heartbreaking.

Austin Lobato lived with his parents, Jenni and Chad Lobato, and younger sister, Ashlyn, in Arvada, Colorado. He was a fun-loving child who could brighten up any room he walked into. There was certainly never a dull day around him, and everyone enjoyed being in his company.

The youngster loved his family and friends and enjoyed embarking on exciting adventures and backflipping on the trampoline. Austin had gentle eyes and always wore a pleasant, innocent smile. He was warm and soft-spoken, and his calm demeanor helped him create a tranquil environment amongst his energetic peers.

A Lovely Son and Big Brother

The Colorado boy loved pizza and playing Fortnite. Austin was the oldest and only son of the Lobatos and a wonderful big brother to Ashlyn. Around dusk on Saturday, September 17, 2022, Austin’s family said he went to dinner with his friends not far from his home.

A worried Jenni ran outside and witnessed a heart-shattering scene.

Austin’s father, Chad, said he and his wife knew their boy was riding his e-scooter two blocks back home around 7:30 p.m. on Saturday. The youngster’s parents revealed that they told their son to call them on his way back. The last they heard from their boy, he said:

But the Lobato couple didn’t know how their happiness would be overshadowed by a heart-rending tragedy, turning their lives topsy-turvy. What Chad and Jenni experienced was nothing short of any parent’s worst nightmare.

After talking to their son over the phone, the Lobatos were awaiting his arrival home when something unexpected happened. Chad recalled that his wife heard sirens, which was quite unlikely around their neighborhood.

A worried Jenni ran outside and witnessed a heart-shattering scene. Austin’s dad explained how devastated Jenni was when she saw paramedics performing CPR on their sweet boy, loading him into the ambulance and taking him to the hospital.

According to the police, the 10-year-old boy was hit while crossing the street at a crosswalk near W. 93rd Drive and Candelas Parkway.

Sadly, young Austin succumbed to his wounds and passed away on the morning of Sunday, September 18, leaving his loved ones forever broken. While the police are investigating the crash, neighbors and loved ones have raised questions about the safety of the busy intersection.

The Arvada police visited the crash site on Monday, September 19, and said the driver whose car collided with Austin’s scooter wasn’t injured and is cooperating with the detectives.

The case is part of an ongoing investigation, and officers have yet to determine the exact cause of the accident.

Several community members deemed the area a dangerous intersection. Eric Brickle, who had been riding a bike on the streets for over a decade, said:

“It is just, it’s fast. And it’s the one spot where I’m really super careful on my bike.”

Austin was a student at Three Creeks Elementary School. Principal Megan Madsen described him as a “beloved student and friend” who had been a part of the school since kindergarten. She also said:

“Austin was [well-liked] by his classmates and our entire staff. This tragedy has shaken our Three Creeks community and we know that this loss is deeply impacting many students and families.”

Following the soul-crushing tragedy, people have begun to leave flowers, touching notes, and stuffed toys in the median in the loving memory of Austin.

Diana Merrin-Goetz said she witnessed the accident’s aftermath and only saw a car and debris. Later, she learned how fatal the crash was and expressed:

“I can’t even imagine. My heart goes out to those parents.”

Michele Hackbarth, who found out about the accident from the late boy’s classmate, shared her thoughts about the gut-wrenching incident and how it impacted his younger sister:

“This little girl was 6 years old. [She] was very aware of what’s going on. She had a lot of emotion and it’s really sad. It touched her a lot for being so young.” 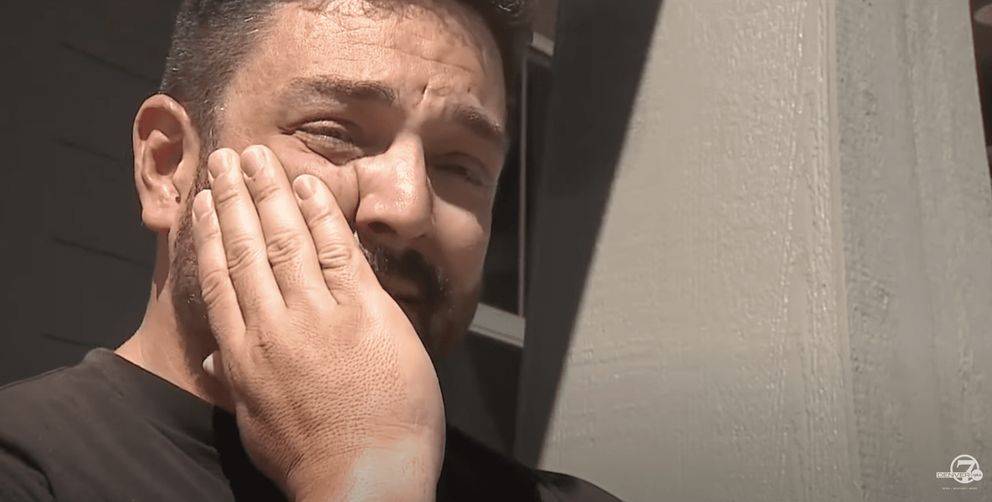 Losing his sweet boy, who loved football and watching over his baby sister, has devastated the Lobatos. A teary-eyed Chad expressed:

“There was a post I saw this morning that said, ‘We need to work on the crosswalk and get more awareness and lights.’ And they wanted [to start] a hashtag ‘Austin Lights.’ As much as I don’t want my son to be a hashtag, there has got to be [no other parents] who have to go through this, please.”

Austin’s extended family created a GoFundMe fundraiser to cover the funeral and memorial expenses and create a scholarship fund in his name. As of September 21, over $69,000 have been raised of the $100,000 goal, and more donations continue to pour in.

Randi Rae Clark wrote in a Facebook post, “If you are not in a place to give at this time, I ask you [to] take a moment of silence for The Lobato Family. Keep this family and several [others] close to your heart.”

The Lobato family thanked everyone for their support and love in their time of grief and loss. A distraught Chad also urged the community members to do one thing:

Our heart goes out to the grief-stricken family and loved ones of the young boy. Fly high in the heavens, little angel. You will always be loved by your parents and baby sister.