Delta Burke and Gerald McRaney seemed to be destined for each other – on their 2nd date already, he proposed to her. His friends were against their union, but this did not stop the lovers. For 33 years, he has lovingly taken care of her health around the clock and takes her on dates.

When “Major Dad” star Gerald McRaney met actress Delta Burke, he knew he had only one chance to ask her out on a date and a lot of competition. The two met on the set of the show “Simon Simon” when Burke made a guest appearance. McRaney leaped at his chance to ask her out. He explained:

“I wasn’t going to let her get away. I already had competition. There were people asking her out on dates, and I was going to move in right away.” 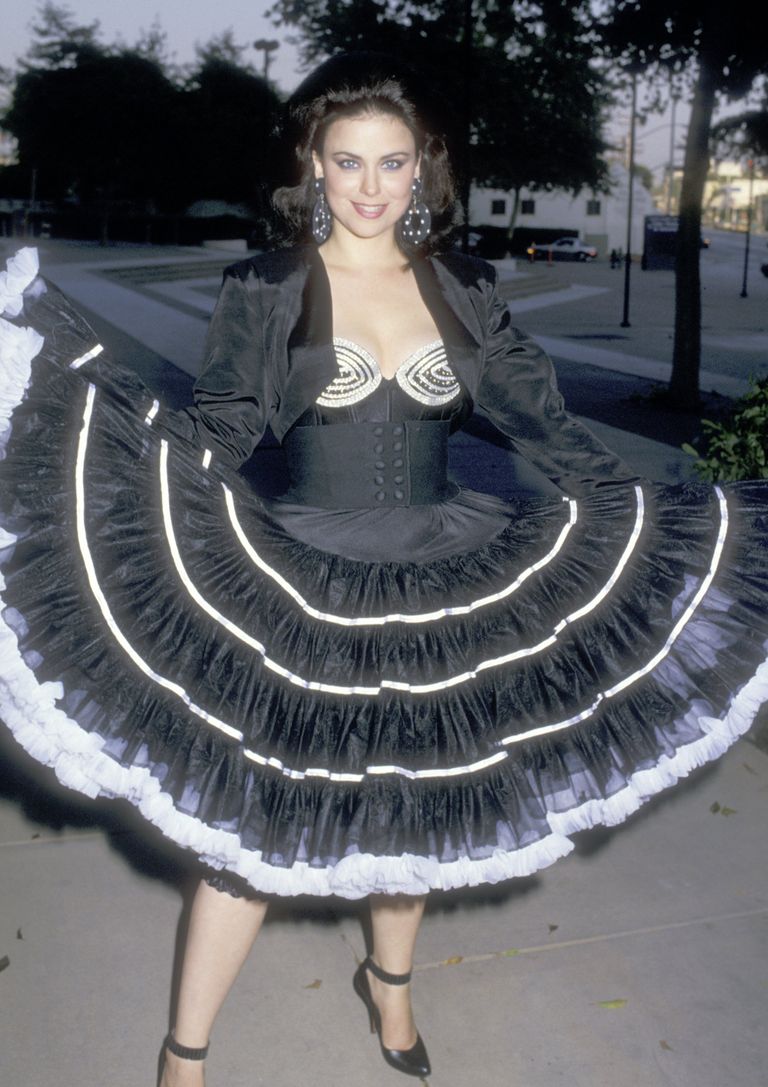 Luckily for him, Burke said yes, and the two went on a date. From the start, McRaney was in love with her. He believed they were a perfect match for each other, and he asked her to marry him on their second date.

He said he’ll listen to anyone else’s views on his performances, but when Burke tells him something was good or that he can do better, he knows she’s telling the truth.

The couple made things official only two years later, in 1989. It might not have been as soon as McRaney wanted, but he got the girl in the end. Burke hadn’t been married before, but this was McRaney’s third time settling down with someone. And this time, it would last. 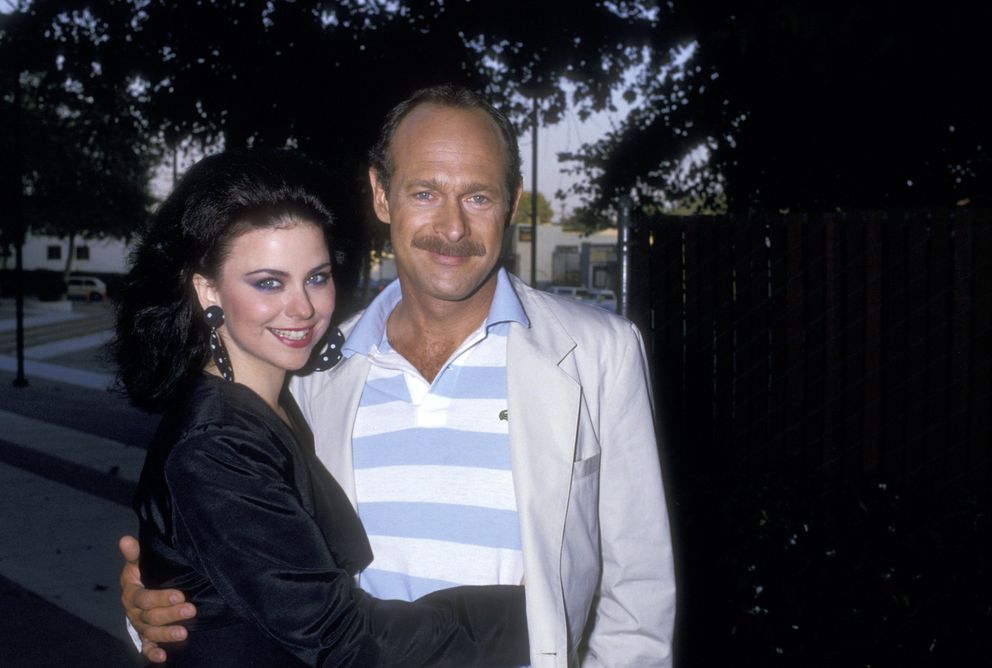 The actor knew their marriage would be a success, and they loved each other tremendously. But not everyone thought the union was a good idea. Some of McRaney’s friends warned him against it, saying it would end badly.

McRaney’s friends were skeptical. Even though they were only trying to look out for him, he treated their well-meaning worry as misplaced paranoia. They told him not to marry an actress and gave him a few reasons, but his response was always:

“Why not? They’re the only people who understand this insanity. And she does. If I’m on location, and I don’t call her until 2 o’clock in the morning, no big deal. She knows.”

And the two did understand each other. They knew what life was like for each other and could offer advice when things got tough because they were both in the entertainment industry. They also made an effort always to support each other. 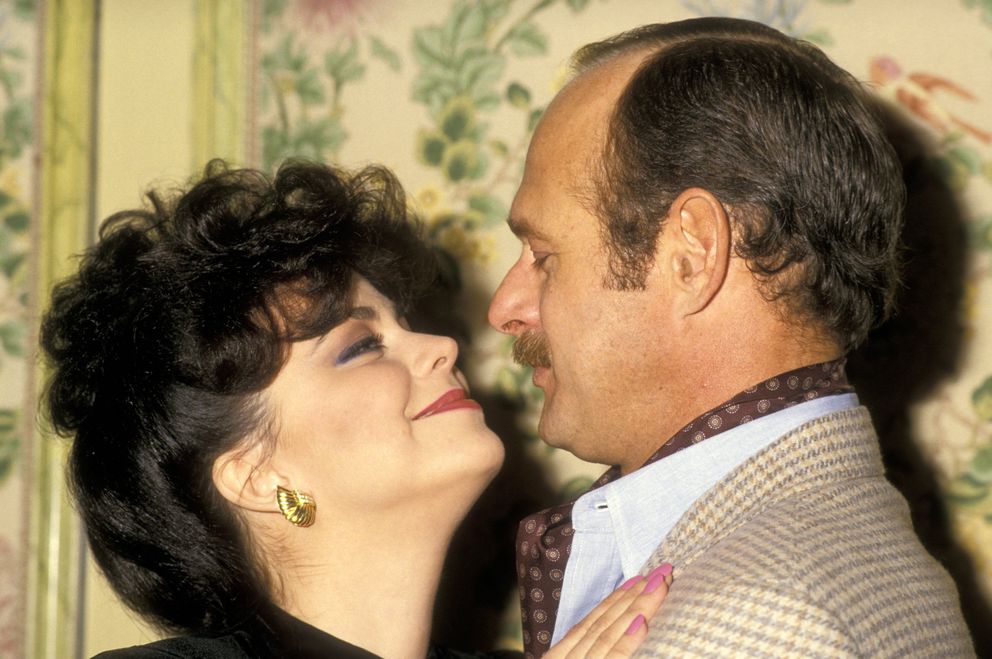 When one succeeds, the other one is standing close by cheering. After McRaney won the Primetime Emmy award for his performance in “This Is Us,” Burke was ecstatic and barely able to hold back tears.

The effects of constant dieting and years of ineffective treatment of hypoglycemia eventually caused type 2 diabetes.

McRaney commented that his wife’s advice and opinions are essential to him. He said he’ll listen to anyone else’s views on his performances, but when Burke tells him something was good or that he can do better, he knows she’s telling the truth. 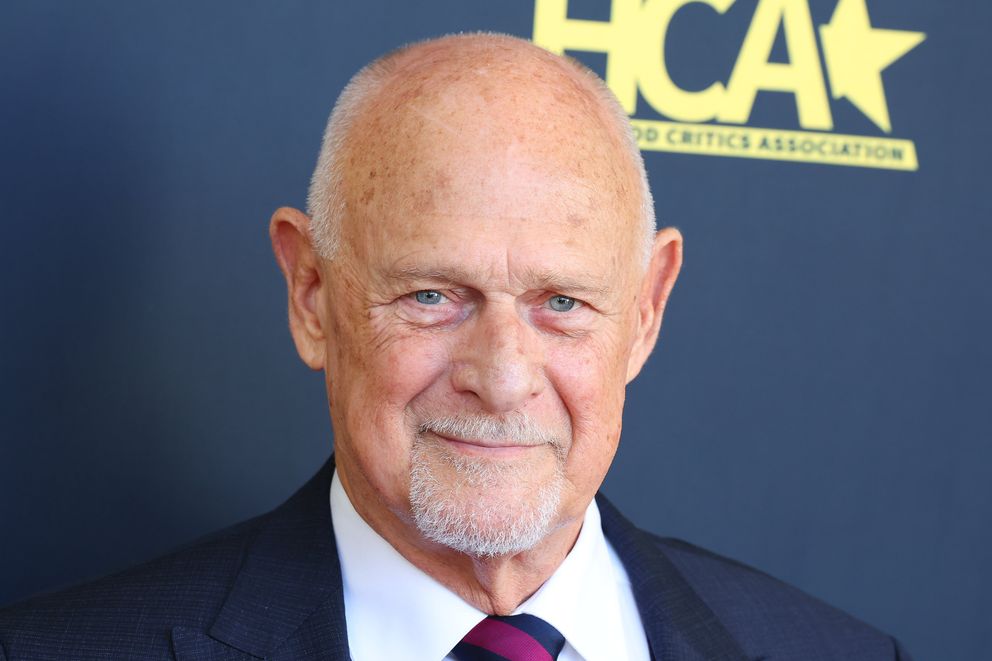 Together, they also faced some rough patches. As they both grew older, they started facing some health issues, and they had to be there for each other. The couple stuck with each other through many difficult episodes and are still as in love as when they married.

In 1998, a series of terrible events changed Burke’s life for good. After the death of her grandmother, her mother was diagnosed with breast cancer. She was also on a hiatus from acting after a falling out with the producers of “Designing Women.”

The two people in her life she loves most both beat cancer, and the actress said she’s happy to have them with her.

During the show, her weight fluctuated drastically. By the time she left, she was the heaviest she had ever been. One contributing factor to her fight with weight gain was her hypoglycemia. Eventually, she started losing weight again, but it wasn’t easy. 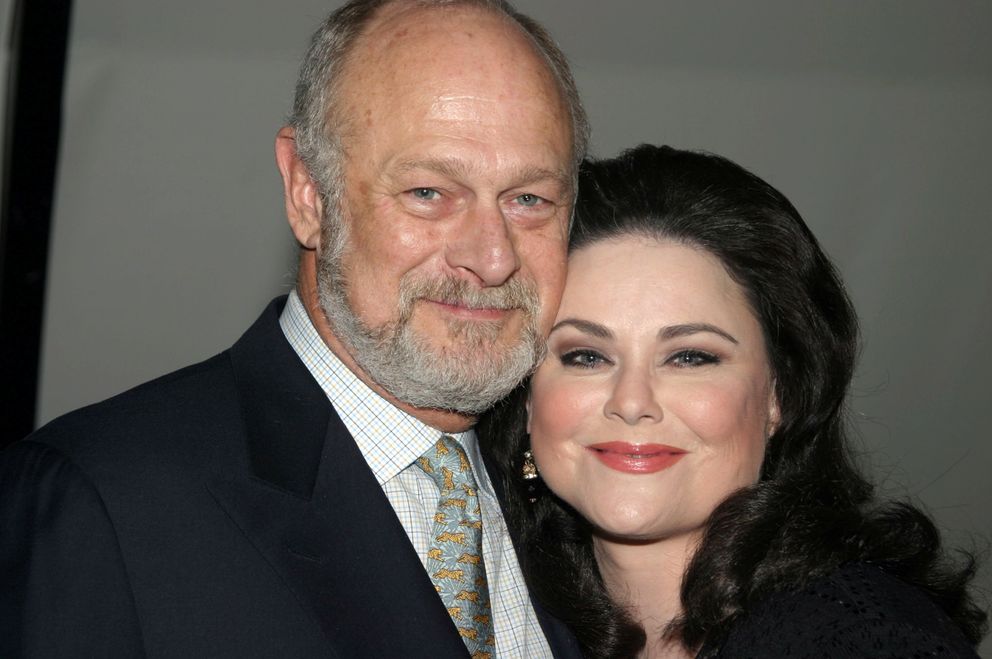 The effects of constant dieting and years of ineffective treatment of hypoglycemia eventually caused type 2 diabetes. At first, though, the actress couldn’t find an accurate diagnosis. She consulted several doctors, each one giving her a wrong answer:

“I was on the road a lot. I was tired. My body didn’t feel right. I knew something was wrong, but nobody could tell me what,” Burke said. “They said I had Epstein-Barr. I knew it was something else. Then one doctor did the right tests and told me I had diabetes.”

She was also taking care of her sick mother then, which meant she wasn’t always taking care of herself. Although she took her diabetes medication, she rarely ate good food until her doctor said she would need insulin therapy without a better diet. 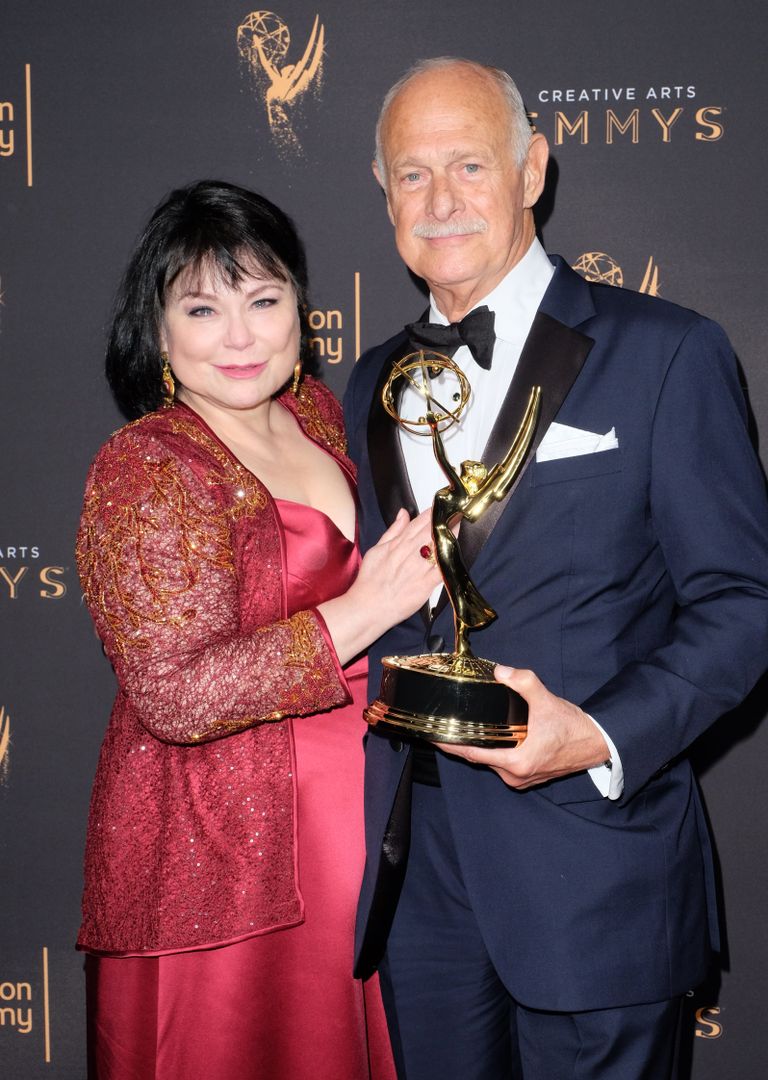 After a long struggle, Burke’s mother got better and survived breast cancer, and McRaney survived lung cancer in 2004. Through it all, Burke said her husband was there for her. He often reminded her about her medicine and helped her check her diet.

Burke’s Life with Her Husband Now

Years after her initial diagnosis, Burke has gotten a handle on her illness. Her loving husband helps her with her insulin shots and takes care of her however he can. Although she uses insulin now, she’s in a good space with the support of McRaney:

“He loved me when I got as big as a house… He has loved me through my up times and my down times. He still thinks my body looks great, and I can certifiably tell you it does not!”

The two people in her life she loves most both beat cancer, and the actress said she’s happy to have them with her. Now, Burke and McRaney enjoy going for walks together to stay active and healthy. Life is good again, and she’s optimistic about her own recovery. 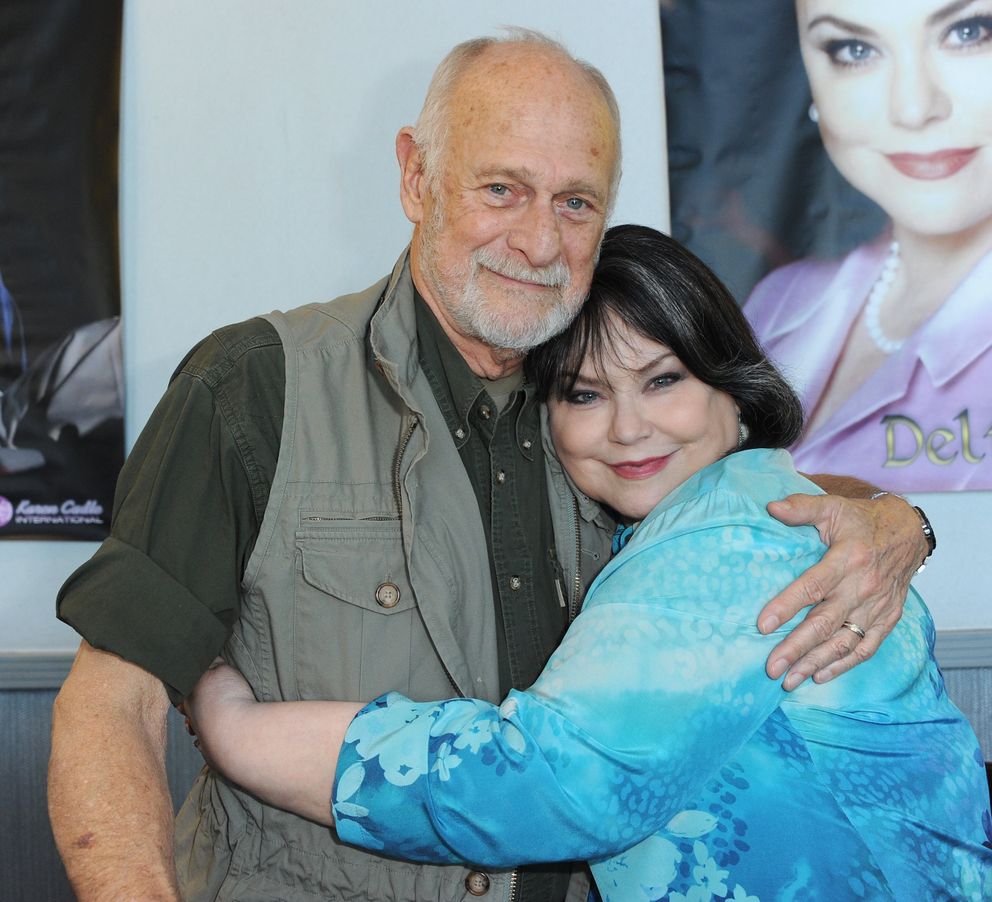 When asked whether she has any plans to act in something in the future, the actress stated she had no such misgivings. She was happy with the relaxed life she had at the time. Similarly, her husband said he didn’t think she would get back into showbusiness, although he would love to work with her again.

The two bought a house in Central Florida and plan to move there. Although McRaney has no intention of retiring yet, he does spend a lot of time with Burke. The two had no children together, but they raised McRaney’s three kids from a previous marriage.