For almost forty years, celebrity couple Denzel and Pauletta Washington have made the perfect onscreen love in telenovelas their reality. Although they are believed to be soulmates from heaven, their story so far has not been without infidelity rumors.

67-year-old Denzel Washington has enjoyed a successful career spanned for decades, and he has made his mark, a legacy impossible to surpass, in the movie industry.

But apart from being an applaudable actor, producer, and director, he is a loving husband and father. The actor’s marriage has lasted for almost forty years, similar to a billion Hollywood years! 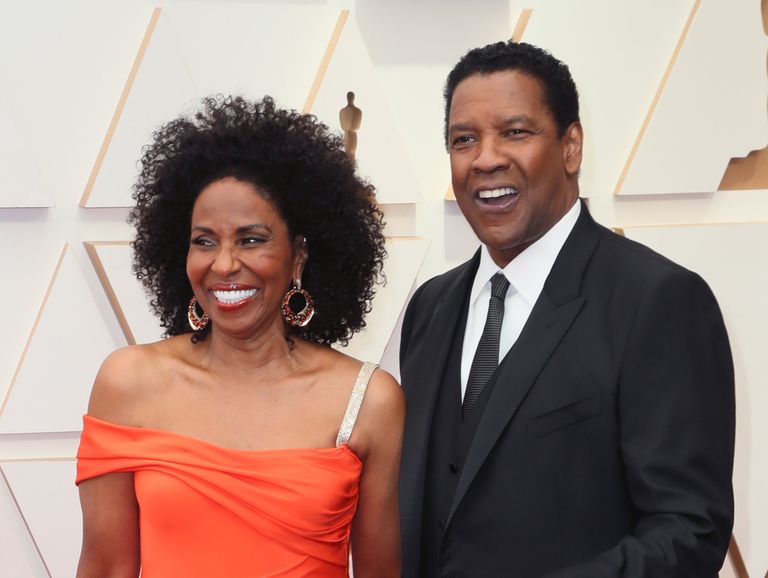 This love story between Denzel and Pauletta began many years ago after they spotted each other on two occasions. The first was in 1977; they had both been selected for roles in a film.

Fresh out of college, Denzel appeared confident; he had been cast for the lead role. But, despite being in the same film, they did not talk to each other.

Six months later, an opportunity arose for them to become acquaintances. They had attended a party separately; Pauletta’s friend from Broadway invited them. 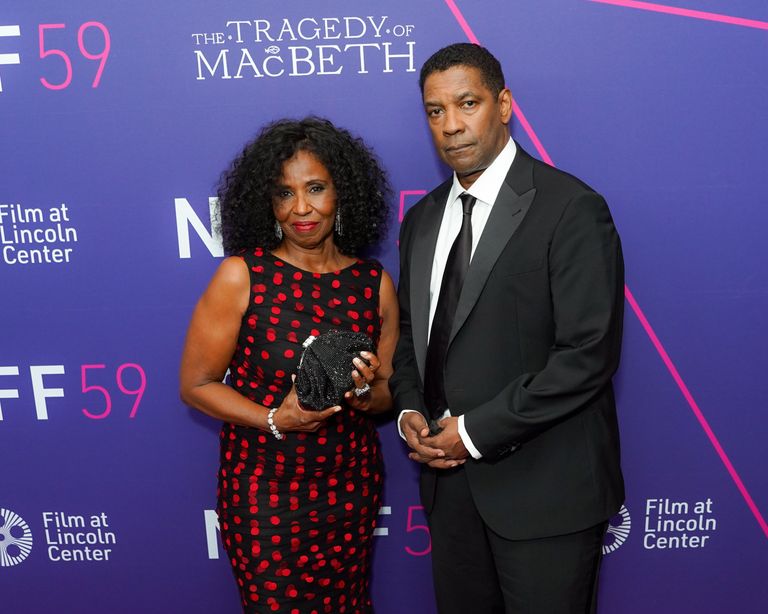 While partying, they realized they were like minds and shared much in common. Pauletta was mesmerized by Denzel’s interest in her viewpoint, while the latter could not keep his eyes off the attractive young woman, as she displayed an engaging personality.

That same day, their never-ending relationship and bond were set in motion. As if the heavens signed off on their love, the duo met again, this time in a theatre. They had planned to see a play in a Manhattan theatre independently.

Throughout the play, they sat next to each other, unknowingly. In the end, Pauletta and Denzel realized they had been so close all the time, watching the same play in the same theater! 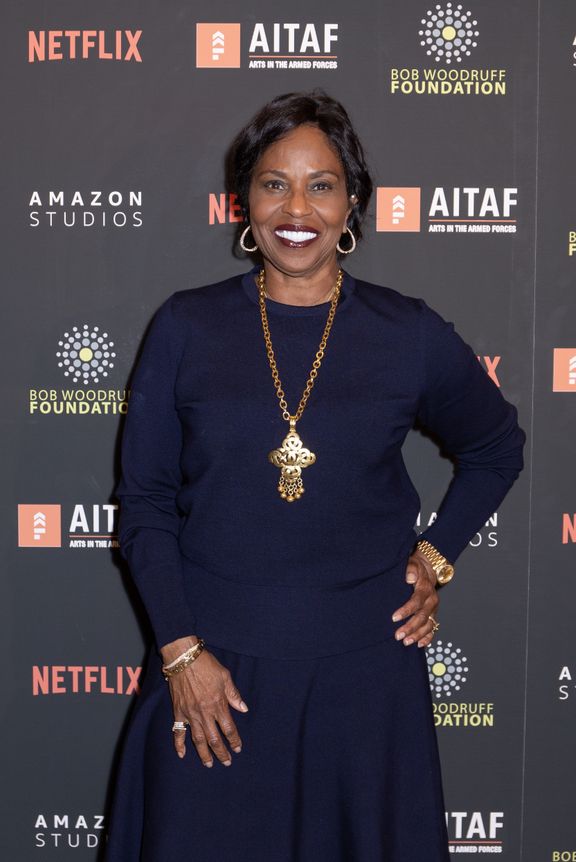 This was too much of a coincidence, and many years later, Pauletta still believed they were destined to meet. She said, “our whole introduction to each other felt like the heavens set it up.”

After their accidental theater meeting, Pauletta invited the actor to a cast party hosted by her friends. This was when their relationship deepened.

Denzel felt relaxed enough to confess to his date that he did not have enough money for the cab much later, even though he asked that they ride in one to the venue. 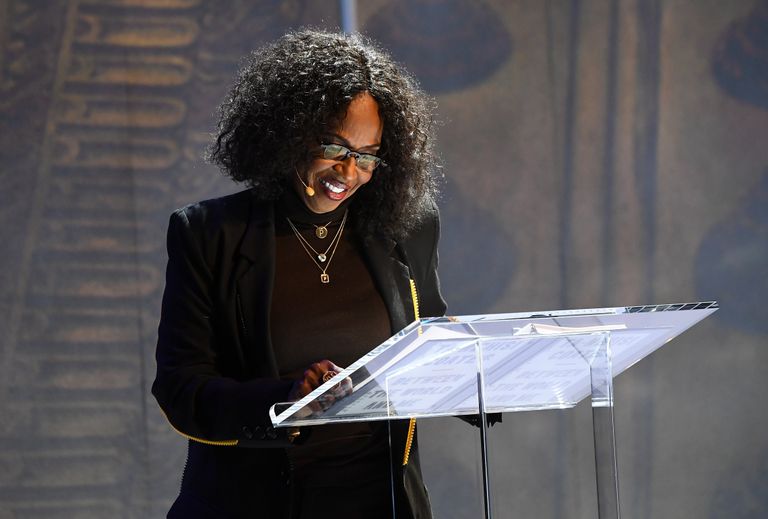 Eventually, Pauletta settled the cab fare but found her new friend intriguing. Soon, their love blossomed into a romance, and a few years later, they tied the knot in a unique location; Newton, South Carolina, Pauletta’s hometown.

What appears like a straightforward romance tale was complicated. During a 2013 interview, the couple revealed how many attempts it took to walk down the aisle after more than two decades of marriage.

The actor’s wife boldly joked that it took three attempts before she finally said yes. Although she never shared the reasons behind her refusals, when they finally wed on June 25, 1983, it was something they both wanted, and their marriage has since been treasured. 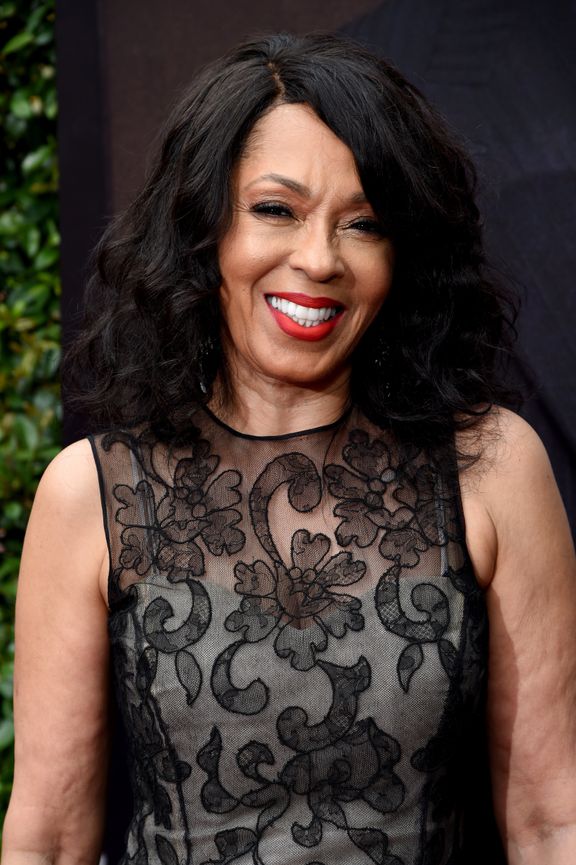 They went on to have four kids, all of whom they adored and made intentional decisions to raise well. To the world, Denzel was a superstar, but at home, he remained a doting dad, ever ready to listen and support his kids.

According to the couple, their ability to raise their kids was due to their backgrounds and religious beliefs. 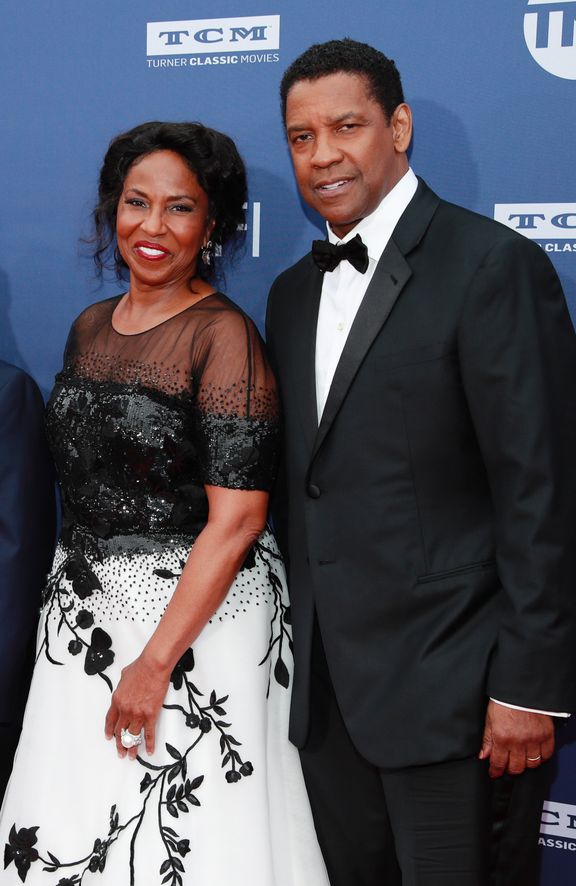 Pauletta grew up in a loving family, where people showed sincere support, and Denzel never strayed from his faith.

Pauletta’s Sacrifices for Her Family

Like Denzel, Pauletta had a passion for acting but never pursued it. In fact, she watched how someone else took the role she originated.

Somehow, their spiritual faith, love for family, understanding, and romance have been enough to keep the fire burning for about thirty-nine years. 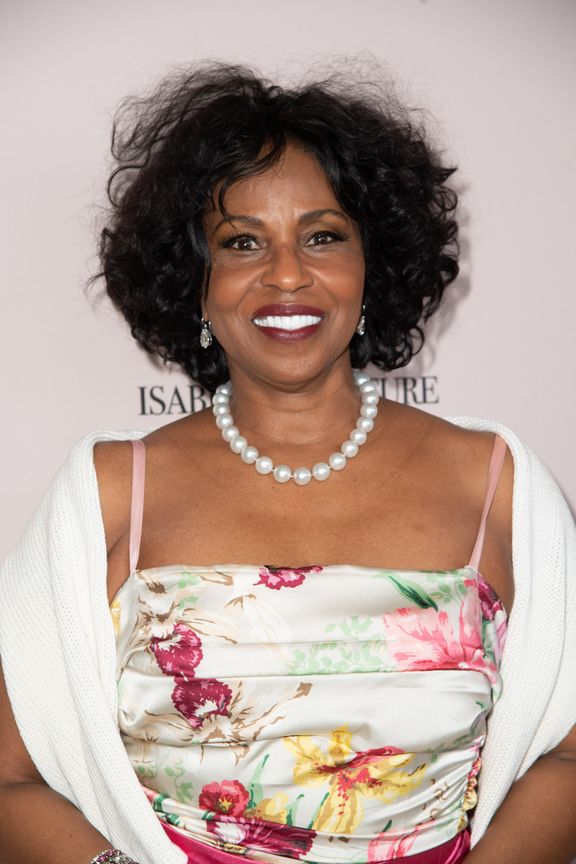 Once the kids began coming, Pauletta believed she needed to sacrifice her career and maintain the stay-at-home mom’s job, focused on parenting her kids.

Despite exhibiting bravery by taking the back seat of stardom and giving up her career, she confessed that it was not easy. Pauletta claimed that her faith was responsible for keeping her sane during the sacrifices. In her words:

“It has taken maturity and experience to get to this point. There were times when the only thing that kept me sane was faith.” 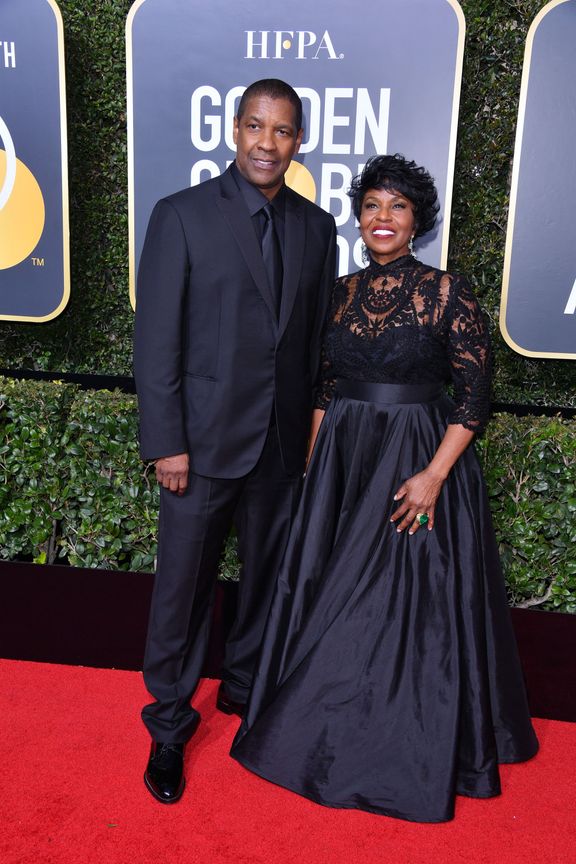 Thankfully, her sacrifices never went unappreciated. The Hollywood star is ever grateful for having a woman who equipped their offspring with godly principles to thrive in the outside world.

Denzel mentioned that his beloved wife is the “great woman” beside him who toiled to give them a remarkable marriage.

The “Man on Fire” star praised his better half for convincingly playing her real-life role; as the home/children’s caretaker. He maintained that they always had defined roles, and nobody struggled for the other’s part. 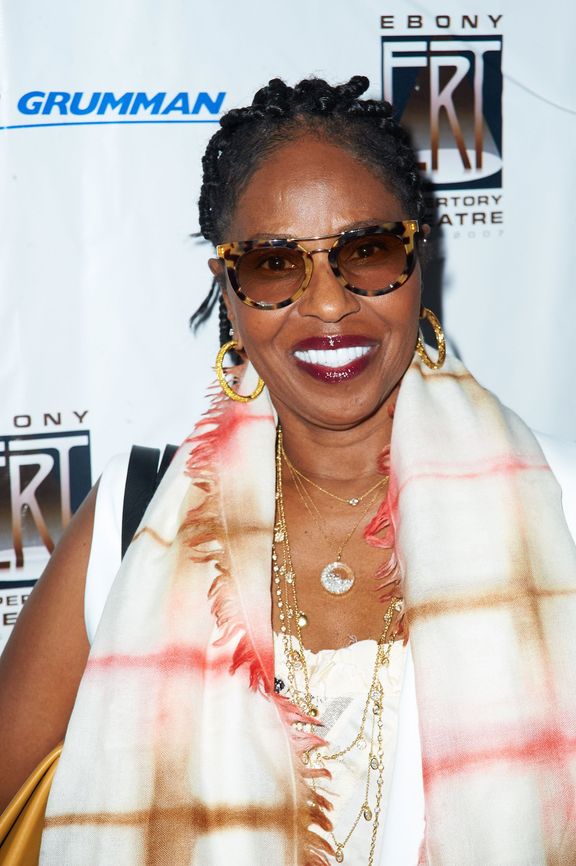 When asked how they have managed to keep up such a loving home, enacting exceptional understanding, especially as a famous duo, the actor shared:

“There are too many things! What pops into my head: security, food, a beautiful home. You can buy a house, but that doesn’t make it a home – and not to say a man can’t make a home a home, but my wife has made our house a home, and raised these beautiful kids, and sacrificed for them, she did the heavy-lifting.”

The Washingtons Strong and Solid Marriage after 39 Years

Somehow, their spiritual faith, love for family, understanding, and romance have been enough to keep the fire burning for about thirty-nine years. They have proved that fame and fortune only have as much power as the holder allows. 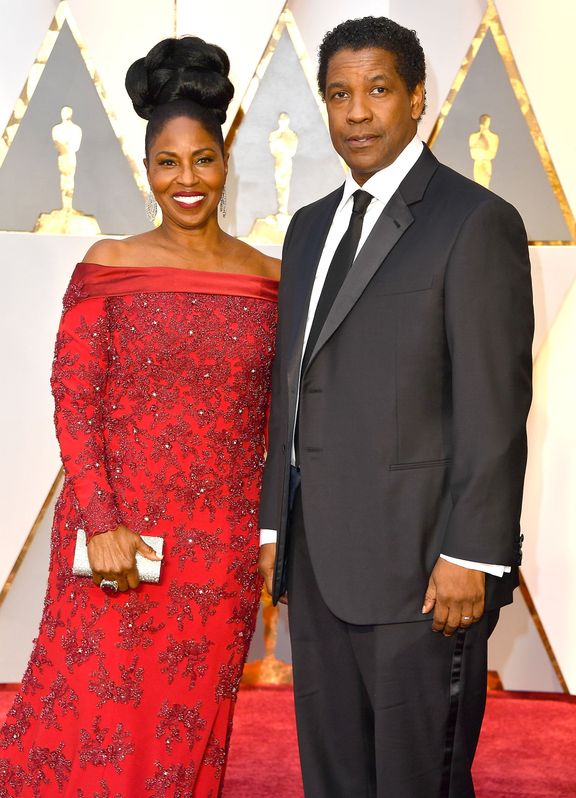 They never fashioned their marriage after the Hollywood way. Instead, they adopted their personal formula, which has been helpful since the beginning of their marriage.

In 2018, the “The Equalizer” actor jokingly explained that their marriage is successful because he does as he is told and keeps his mouth shut. 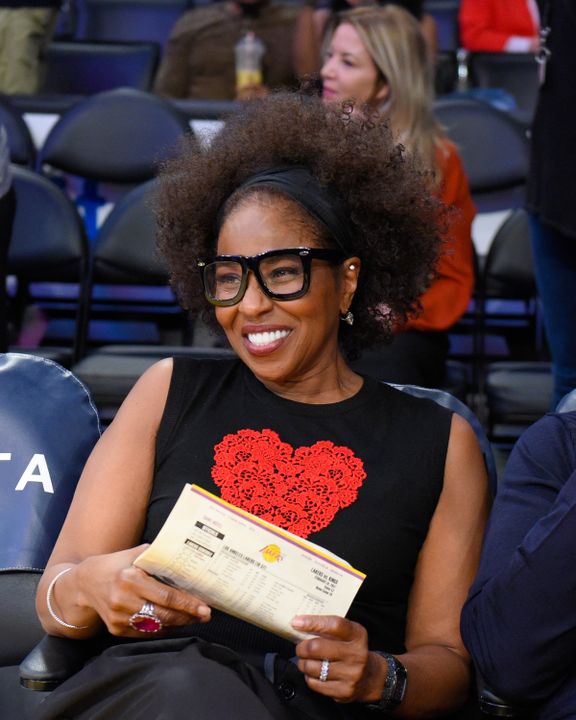 Even though there was overwhelming humor in his words, it appears to be the case, as Pauletta has been described as the home runner.

No matter how perfect their love story appears, these two have been through some difficulties. In 2013, rumors of infidelity rocked their marriage; while Denzel denied the gossip, he admitted they were going through a rough patch. 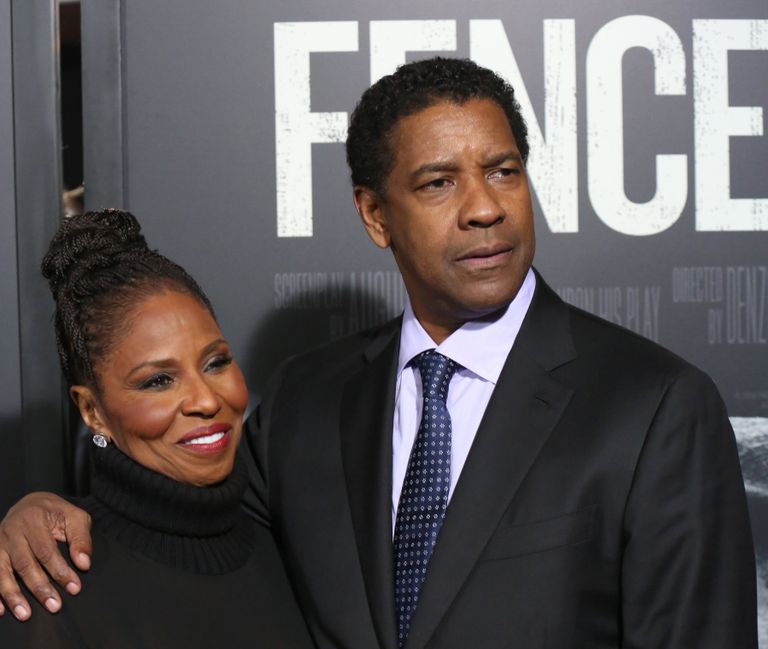 Pauletta also shared a cryptic message confirming that their marriage was undergoing some tension. But, interestingly, neither agreed to divulge any information, remaining as thick as thieves.

Today, they continue to inspire younger couples through their story of sacrifices, closeness, shared values, and maturity to handle whatever comes their way!