Diana Wrote Charles Put Her through ‘Such Hell’ & Planned to Get Rid of Her Months before Death, Claimed Book

Princess Diana and Prince Charles had a doomed relationship from the beginning of their relationship. The situation became worse after the royal couple wed.

Diana, Princess of Wales, and Charles, Prince of Wales’s marriage began with controversy as he was looking for an innocent bride.

From the beginning, Diana thought that she would not be Queen someday. When she visited the prince in Windsor for his 30th birthday dance in July 1980, he asked her to marry him. 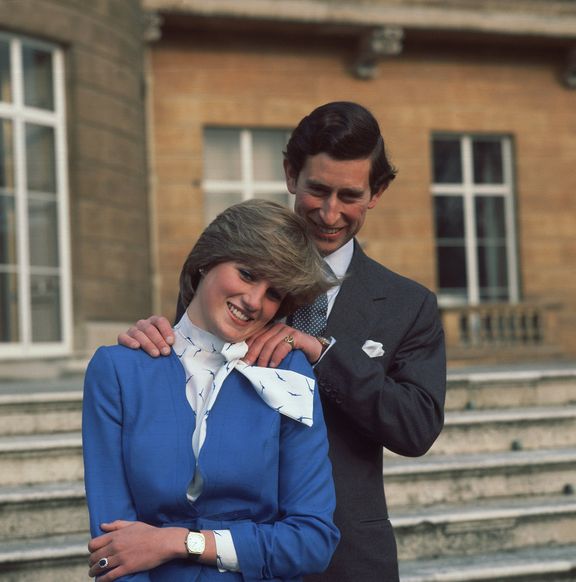 “Will you marry me?” Charles asked. Diana said she laughed at him, thinking he was merely joking. “I said, ‘Yeah, OK.’ She then noticed that he meant what he said:

“He was deadly serious. He said: ‘You do realize that one day you will be Queen.’ And a voice said to me inside: ‘You won’t be Queen, but you’ll have a tough role.”

Regardless, she accepted his proposal and told him how much she loved him. “He said: ‘Whatever love means,’” Diana wrote in her book, “Diana: Her True Story – In Her Own Words.” 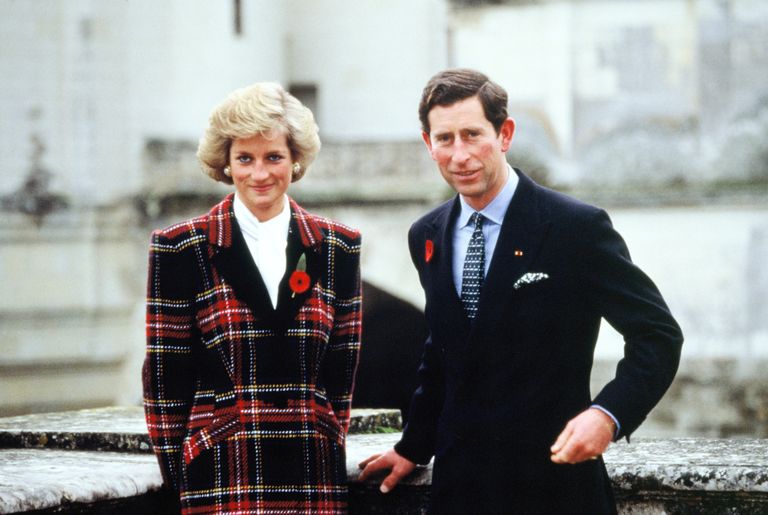 Meanwhile, she was on cloud nine about the proposal and so were her parents. “I rang my parents the next morning. Daddy was thrilled: ‘How wonderful.’ And Mommy was thrilled,” she recalled.

Despite being happy about the engagement, there was a thorn between her and Charles, Camilla Parker-Bowles. Camilla and her then-husband Andrew Bowles went to Cowes on Britannia alongside Diana and Charles two weeks after the proposal.

Around that period, the princess knew that there was a third party in her relationship with the prince. She revealed Camilla persuaded her to stop pressurizing the future King of England into marriage. “I couldn’t understand why she kept saying to me: “Don’t push him into doing this, don’t do that,” said Diana. 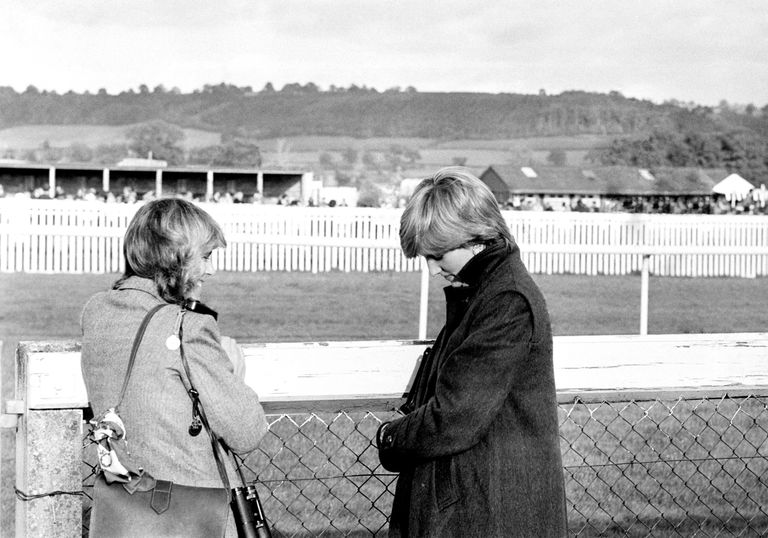 The People’s Princess shared that Camilla knew quite a lot about her relationship with the Prince of Wales, including where they would be staying. Again, she could not figure out how she knew much about their private life until she put the pieces together.

Meanwhile, she got hounded by the press once they learned about her relations with Charles. In reaction, Diana said she appeared calm and never showed how she was struggling with the constant harassment from the press.

However, behind closed doors, she sobbed all alone from the media attention. “I cried because I got no support from Charles, and no support from the Palace press office,” Diana explained, adding they told her, “You’re on your own.” 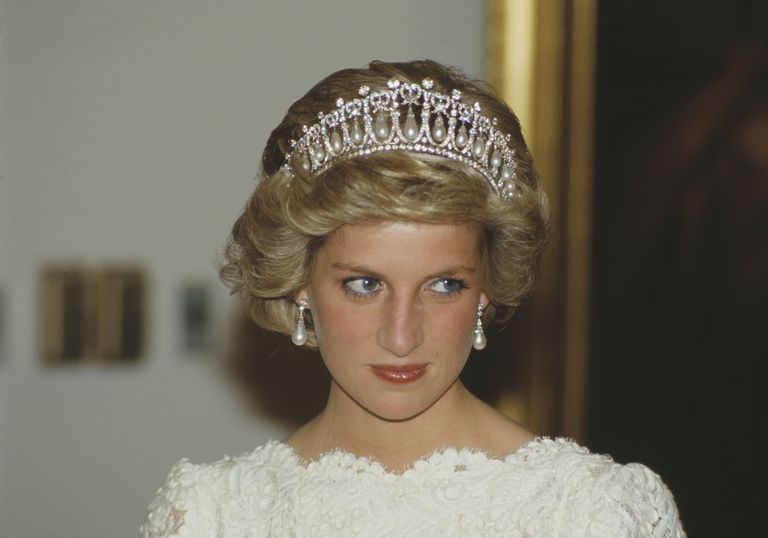 Whenever Charles called her, he would talk about Camilla, telling the princess she was having a hard time with all the press at Bolehyde.

When Diana moved from Clarence House to Buckingham Palace, she felt lonesome while there. She would wander down to the kitchens and chat with the staff. She said everyone was “cold” and that when she thought something else was happening, another thing was going on.

She discovered that her future husband was sending Camilla flowers when she had meningitis: “To Gladys from Fred’” a note read, referring to their nicknames for each other.

Diana divulged that she never addressed that with Charles and only said to him: “You must always be honest with me.” Then came a day when Camilla called him while she was in the study with Charles.

Diana gave him privacy to talk to her, but she admitted it was heartbreaking. It turns out Camilla was always a topic of discussion between the couple:

“We always had discussions about Camilla, though. I once heard him on the telephone in his bath on his hand-held set saying: ‘Whatever happens, I will always love you.’”

DIANA SAID SHE CAN’T MARRY CHARLES BEFORE THE WEDDING

Diana told Charles that she eavesdropped on his conversation with Camilla and a heated exchange ensued between the pair. She later found out that the prince had had a bracelet made for Camilla.

The gold piece of jewelry features a blue enamel disc with the initials “G and F” entwined in it, their nicknames. Two weeks before the royal couple walked down the aisle, Diana found a parcel in Charles’s office and insisted on looking inside it, therein she found the bracelet and knew whom it was for.

One of the staff told her that the Prince of Wales would gift the bracelet to Camilla that evening and Diana was left gutted by that information: “He’d found the virgin, the sacrificial lamb,” she expressed.

Charles eventually took the bracelet to Camilla on a Monday, and she and the princes married on a Wednesday on July 29, 1981. That Monday during lunchtime, Diana went looking for him, and he had gone out with Camilla.

She joined her sisters for lunch and expressed her frustration with her husband-to-be, “I can’t marry him, I can’t do this, this is absolutely unbelievable,” she said to them.

Diana’s sisters, Jane and Sarah, told her that it was already too late to pull out of the wedding, so she went ahead with it.

However, their marriage did not last as the royal couple divorced on August 28, 1996. A year later, Diana tragically died in a car crash in Paris on August 31, 1997.

Years later, the princess’s former butler, Paul Burrell, revealed in his 2013 book, “A Royal Duty,” that the princess supposedly wrote a note predicting her death ten months before her passing.

According to Diana, Charles allegedly planned to get rid of her using her car, adding that period of her life was “the most dangerous.” Burrell stated the note was dated October 1996, which was two months after the royal couple divorced.

The letter reads: “This particular phase in my life is the most dangerous – my husband is planning “an accident” in my car, brake failure and serious head injury in order to make the path clear for him to marry Tiggy.”

The note further claims that both the princess and Camilla were used as a “decoy” by the prince, who allegedly had his eyes set on his son’s nanny, Tiggy Legge-Bourke.

Diana added: “I have been battered, bruised and abused mentally by a system for 15 years now, but I feel no resentment. I am strong inside and maybe that is a problem for my enemies.”

She used sarcasm when reflecting on what she endured while in a relationship with her husband, “Thank you, Charles, for putting me through such hell and for giving me the opportunity to learn from the cruel things you have done to me.”

Burrell revealed that he secretly kept the said letter for six years until the publication of his book, claiming that he was given the note as part of an insurance policy, per the Independent.

However, the validity of the letter got questioned by one of Diana’s closest friends, Lucia Flecha da Lima, who claimed Burrell could have easily forged the note.

Da Lima, considered the princess’s confidantes, told the court during an inquest that it was far-fetched for Diana to have feared for her life. She said Burrell was more than capable of imitating the royal’s handwriting, adding she did not believe the princess would fear the heir to the throne.

When asked whether he believed Charles could have planned on killing his wife, Burrell, a former royal servant said it was unlikely:

“I could not possibly see the father of her children murdering her.”

In conclusion of the two testimonies, the inquest ruled that Diana and her then-lover, Dodi Fayed were killed by the reckless driving of their chauffeur Henri Paul.

He was said to be drunk on that fateful day and had been intoxicated with drugs. Paul told the paparazzi before they tailed them that they would not catch them. As such he drove off with Diana and Fayed in decoy style.

He transported the passengers at 100 miles per hour in a tunnel that required 30 miles per hour. Seeing he was driving uncontrollably, he lost control of the vehicle which collided head to head with an unprotected pillar.

Upon impact, Paul and Fayed died instantly while Diana sustained major injuries and was still responsive when medics arrived on the scene.

Some photographers who arrived before help came, reportedly failed to help the royal and instead only took photos of her. Seven of them were arrested for manslaughter and for failing to assist the victims.

According to Tina Brown’s book, “The Diana Chronicles, an EMT named Frederic Mailliez who happened to be driving through the tunnel at the time, said the Princess of Wales woke up and mentioned she was in pain.

Seargent Xavier Gourmelon who led the response team, revealed the royal’s heartbreaking last words were, “My God, what’s happened?” Diana will always be remembered for her style, kindness, and advocacy.