Dog Goes to Closed Store Daily then Leaves, One Evening Poor Boy Notices and Follows It — Story of the Day

A poor boy who worked at a warehouse near a closed bike shop noticed a dog visiting the store daily. Curious, he decided to follow it one day and see where it would go.

Michael Phillips lives independently at 15. He came from a poor family, and his parents lived in a small shack near the farm they worked at.

Growing up, his parents never cared about him. They saw him as a burden, and would often leave him at the shack the entire day without any food, so Michael had to be resourceful by finding ways for him to eat.

Michael grew up to become a kind and hardworking young man, working at a local warehouse. He would go there every day after school to work as a mover.

On the way to work, he would always pass by a closed bike shop. He thought nothing of it at first, but every afternoon, he noticed a dog sitting by the entrance as if it were waiting for someone.

One day, he decided to ask his co-worker, Pete, about it. “Hey Pete, what’s the story of that bike shop over there? Why did it close down?” he asked.

“Well, the owner, Allan Kangsbry, died about a year ago. Right there,” Pete revealed, pointing in front of the shop. “He was crossing the street when an overspeeding car hit him. He died right in front of his store. A tragic story, actually,” he added.

“I see… I always see that dog there that’s why I asked. Poor thing, he’s loyal to his owner, still waiting after all these months,” Michael frowned.

Pete scoffed at Michael’s statement, laughing it off. “There’s no such thing as a loyal dog, he’s not human. He fed this dog every day and now, it comes for food but no one gives him any.”

“That’s not true. He wouldn’t come back every single day if he knew no one was going to give him food. He loved the man, that’s why he keeps coming back,” Michael explained.

“Oh Michael, you watch way too many Hollywood movies! The dog just wants to eat, it’s as simple as that. That’s why he comes. Not some fairytale story about him waiting on his owner,” Pete shook his head. 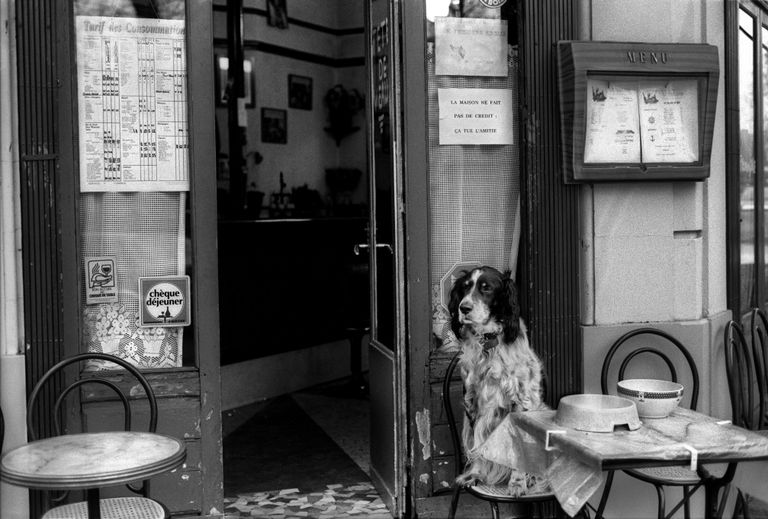 Not wanting to argue, Michael just continued working. That night after work, he noticed the dog stood up to leave. He decided to follow him, as he was curious about where the dog would go every time he left the shop.

What he did know for sure was that the dog left in the same direction each night. Michael walked behind the dog for about 30 minutes until he stopped at the town’s local cemetery. There, he laid by a grave and just stayed there.

As Michael approached, he read that the grave belonged to Allan Kangsbry. Michael couldn’t help but feel moved by the dog’s loyalty. He took out his sandwich from his bag and placed it beside the dog. It was supposed to be his dinner, but he felt the dog should have it instead.

Soon after, the dog smelled the food in front of him. He licked Michael’s hand as if to say “thank you.” Michael left it at that and walked back home to his family’s small shack.

The next day, Michael got more than a serving from their school cafeteria. He decided to get two sandwiches to take to work that day. His friend Matilde asked why he was so hungry all of a sudden.

“I’m not that hungry, actually. It’s just… I met this dog who lost its owner, and I wanted to give him some food,” he admitted. 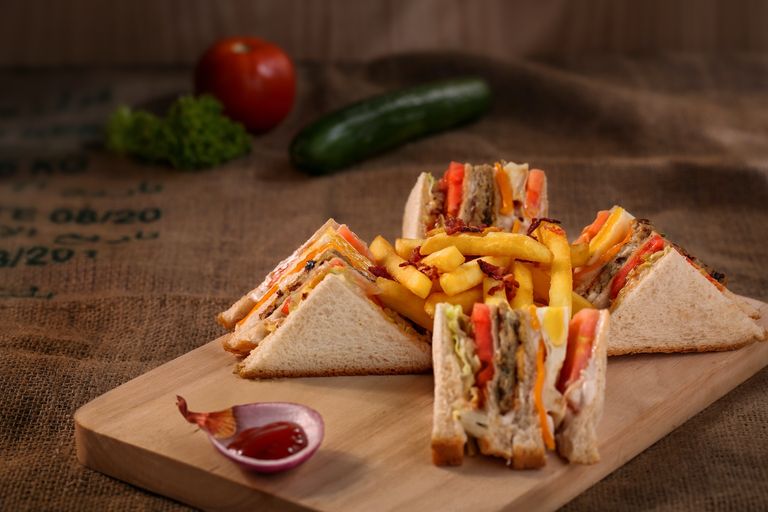 “That’s sweet of you, Michael. Where did you meet the dog?” Matilde asked. So he told her the story about how he worked near a closed bike shop where he’d see the loyal dog every day. He also told her about how he followed the dog to the cemetery where it lay by the grave of its late owner.

Touched, Matilde decided to get another sandwich from the cafeteria lady as well. “Here, Michael. You can give this to the dog, too,” she smiled. Michael was relieved that someone else felt moved by the story of the dog. He thought everyone would react like his co-worker Pete.

“Thank you, Matilde! I’m sure he’d appreciate this,” Michael smiled, suddenly excited to head to work.

When he got there, he and Pete were surprised to see the dog entering their warehouse. Pete shook his head. “I told you he just wants food. I guess he found a new owner to be loyal to now,” he teased.

“Don’t be mean, Pete. I followed him after he left the bike shop yesterday and you know where he went?” Michael asked.

“Where? To the dumpster to get some food to eat?” Pete responded.

Michael shook his head. “No, he went to the cemetery. He stayed by Allan Kangsbry’s grave the entire night.” 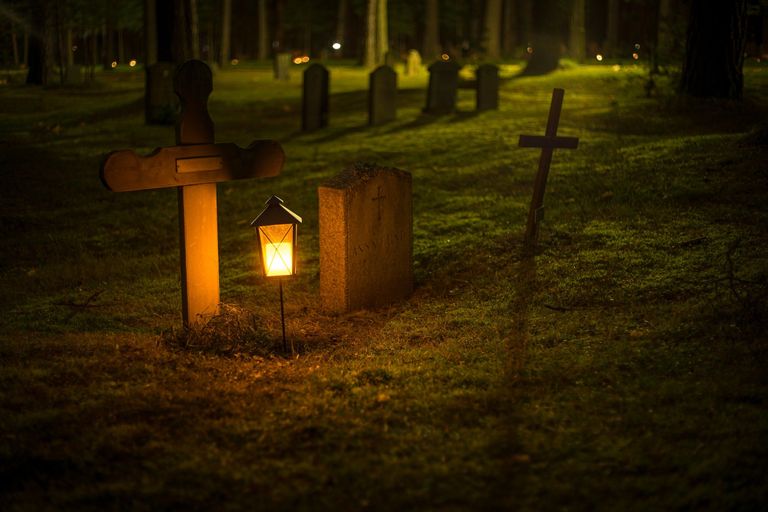 Pete laughed even more. “You know what, I’m out of here. I’ll see you tomorrow,” he said as he walked back towards the street. “Are you feeling okay, Michael? Did you happen to watch the movie Hachiko when you got home last night?” he scoffed.

Michael shook his head. “You don’t have to believe me, Pete, but I don’t lie. Face the road, you might get into an accident,” he said as Pete crossed the road backward.

Soon after, the dog barked loudly at Pete. “What do you want, you smelly old dog?” he asked.

“He’s telling you to watch your step!” Michael screamed towards him. At that, Pete turned around and realized too late that he was about to fall down an open hatch on the road.

Since then, Michael would always have two sandwiches with him. One for him, and another for the dog. Realizing he’d never know what Allan Kangsbry used to call the dog, he decided to name him Allan in memory of his late owner. 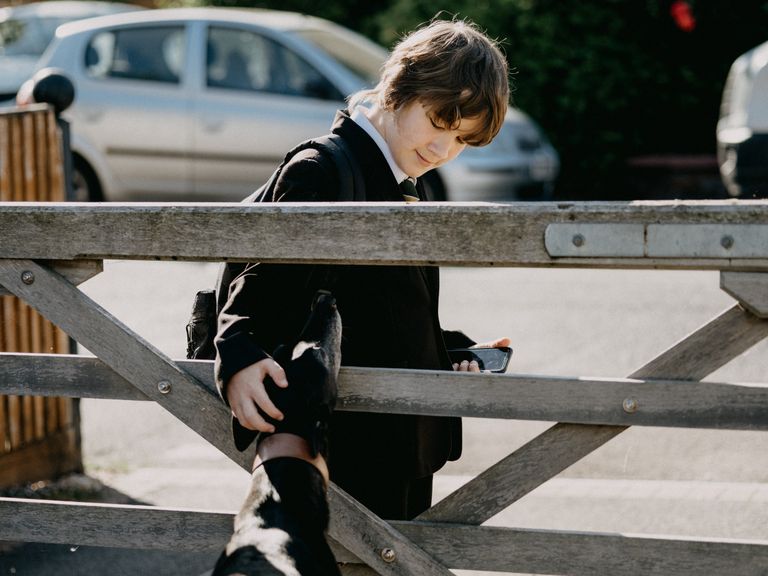 What can we take from this story?

We should always be nice to animals. Michael wanted to care for the dog after realizing it had no one looking after him anymore.

A person’s past does not predict their future. Although Michael grew up without the guidance of his parents, he grew up to be a kind and hardworking young man.