Country crooner Dolly Parton is nearly in her eighties, yet people still give her a hard time about her looks. Regardless, she remains unbothered by the naysayers because, to her husband, she is the most beautiful.

The singer-songwriter met her husband of five decades, Carl Dean, in 1964, outside the Wishy Washy Laundromat in Nashville, Tennessee. She was eighteen, and he was twenty-one. 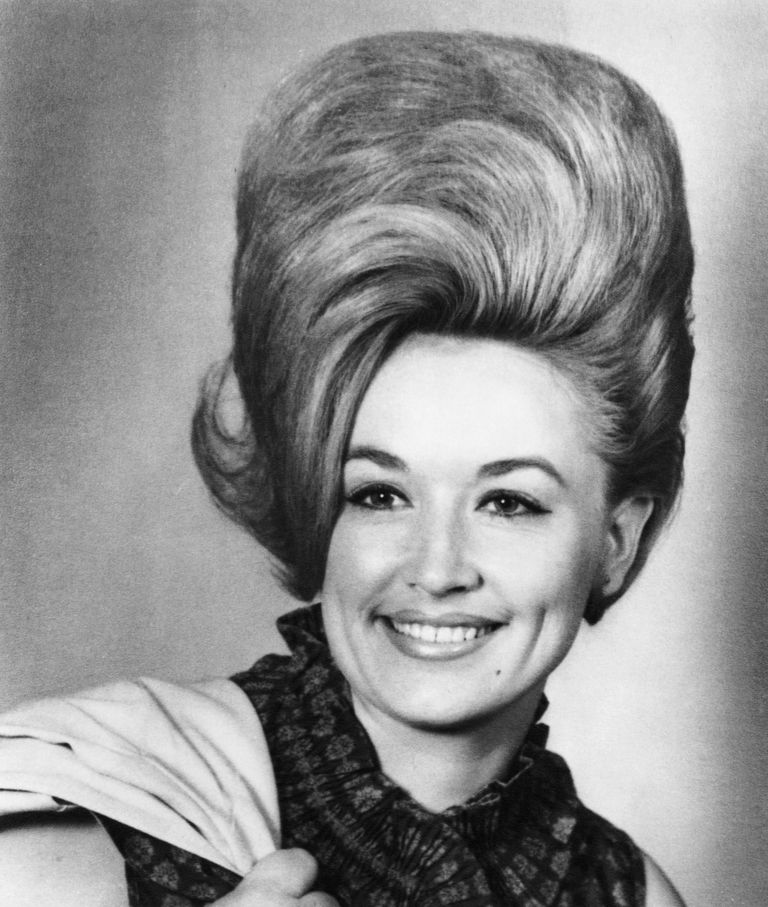 Parton recalled the period they crossed paths in 1976 and shared Dean was driving his pickup truck when he spotted her and greeted her. He instantly made a move by asking her out on a date, but the “Jolene” hitmaker declined.

However, Parton invited Dean over while she babysat her nephew. He made his way to the house daily that particular week but was not allowed entry inside. “We sat out on the porch,” said the actress.

Parton further explained that when her aunt was finally able to take over from her, from that day onwards, she was able “to go anywhere” with Dean.

The first chance he got, he immediately introduced her to his parents. The celebrated star revealed Dean knew that she was the one the first time he laid eyes on her.

The couple tied the knot on May 31, 1966, in an intimate ceremony in Ringgold, Georgia. They celebrated their 50th wedding anniversary in May 2016, and Dean gushed about his famous wife in a rare statement:

“My first thought was, ‘I’m going to marry that girl.’ My second thought was, ‘Lord, she’s good-looking.’ And that was the day my life began. I wouldn’t trade the last 50 years for nothing on this earth.”

Though his wife leads a very public life, Dean takes a back seat when it comes to the Hollywood lifestyle. In turn, Parton has honored his wishes and has kept their marriage out of the limelight. She touched on the subject in March 2022 during an appearance on “The Kelleigh Bannen Show.”

The philanthropist divulged she could keep her life with her husband separate from her professional life because of the wisdom her mother passed onto her. She said her mom told her “to give away” but not everything so that she could keep certain things for herself.

Parton said maintaining certain aspects of her life private has benefitted her marriage. She added that she learned how to keep details of her union to herself, which eventually became less challenging to do over time.

“It’s just natural to me to protect the things and the people I love and to protect my own privacy,” said the award-winning songwriter.

Parton on Healthy Eating & Beauty
One other thing that Parton protects is her health. In June 2021, the “Steel Magnolias” star revealed she follows an 80/20 meal plan.

She follows a low-carb diet when busy with work during the week, but on weekends, the businesswoman sticks to the 80/20 lifestyle.

Parton’s diet excludes fruits and vegetables, but she is flexible about her dishes and chooses not to follow one strict plan. The superstar said she attempted more than one diet:

Parton has also candidly talked about her looks, specifically her multiple cosmetic surgeries. The “Joyful Noise” star confessed in September 2019 that without the work that she had done on her body, she is not beautiful:

“My look is based on a country girl’s idea of glam. I wasn’t naturally pretty, so I make the most out of anything I’ve got.”

The Hall of Famer admitted to enhancing her appearance to look pretty, adding she does whatever it takes to achieve the look she wants.

Criticized for Her Looks
While on the rise to fame, Parton faced harsh criticism for her choices. She recalled people telling her to ditch her signature look if she wanted to get far in her career:

“The main advice that people want to give me was to change my look – to go simpler with my hair and the way that I dress. Not to look so cheap, nobody was ever going to take me seriously, they would say.”

Another individual tweeted something similar and added, “I’d still motorboat those warlocks, though!” A third person made the same “ugly” statement, while the fourth reiterated it and penned: “Dolly Parton is so ugly, but she got nice breasts.”

However, the Queen of Country has remained unfazed by the critics and continues to rock her style because it fits her personality. Parton even famously said: “It costs a lot of money to look this cheap.”

Husband of 56 Years Supports Parton
Parton was at the height of her career in the eighties when she endured many health issues. The singer suffered severe abdominal pain and bleeding and underwent two surgeries to stop internal hemorrhaging.

During the ordeal, Parton began self-medicating and drowned in her sorrows with alcohol and food. Consequently, she was left with a hoarse throat and could not sing.

Parton said she was not into extreme diets and opted for a nip-tuck for the petite look she wanted. She noted that as long as it makes one happy, one should go for it.

As for her husband, he is not bothered by how she looks and has accepted her appearance. “He doesn’t care if I’m fat,” said Parton, adding:

“He was never turned off. He’s fool enough to think I’m the sexiest, prettiest woman in the world.”

Parton once said that “fat girls” are everybody’s favorite and that she had been told to lose a few pounds but refused. “My fat never made me less money,” she said.

In November 2021, Parton shared a never-before-seen throwback photo alongside her spouse, and fans swooned over it, saying he was “handsome.”

The couple held hands in the picture, and she captioned it: “Find you a partner who will support you like my Carl Dean does!”