Dustin Hoffman had a successful career in Hollywood for decades.

His personal life is as successful as his professional life as he has been married for 42 years,

His wife has had to find ways to keep up with his career.

Fate brought movie actor Dustin Hoffman and his spouse of four decades, Lisa Hoffman, together, considering how they first met.

Things fell into place for the couple since their first interaction, and they have been together ever since with their blended family. Here is all there is to know about their marriage. 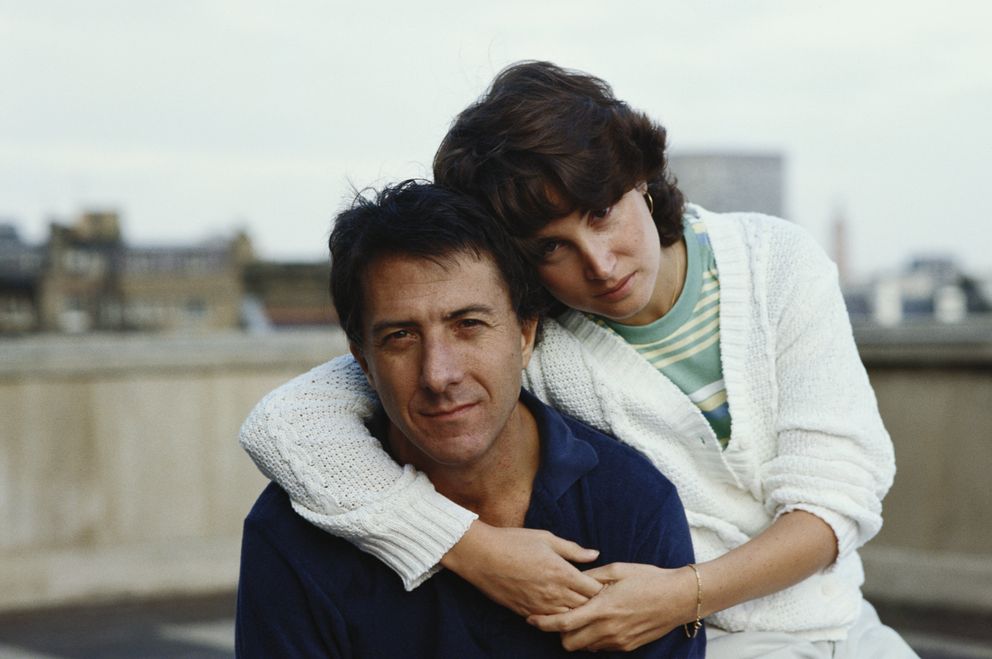 On October 12, 2022, the couple celebrated their 42nd wedding anniversary. Four decades after they married, they still walk arm in arm and show PDA, proving that they are still madly in love with one another.

Dustin and his wife Lisa have proved that love exists as they have been married for 42 years and have one of the most long-lasting marriages in Hollywood. The businesswoman jokingly said this to Closer Weekly about their union:

“I say in Hollywood, it is like dog years, so you have to multiply that by seven.” 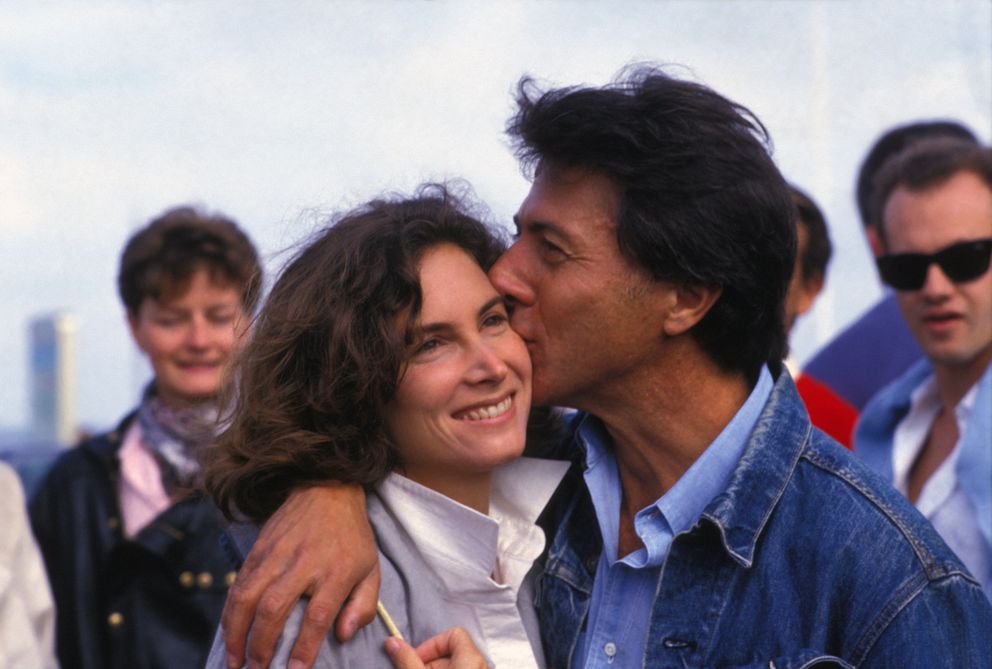 Lisa added that after being married for so long, she and her husband are overly in love, and their affection for each other “continues to grow.”

She also revealed the secret to their blissful union and for being in love still after all these years while sharing she always knew she would end up with the filmmaker:

“We work hard at it. I knew I was going to end up with Dusty and that my life would be traveling around with him.” 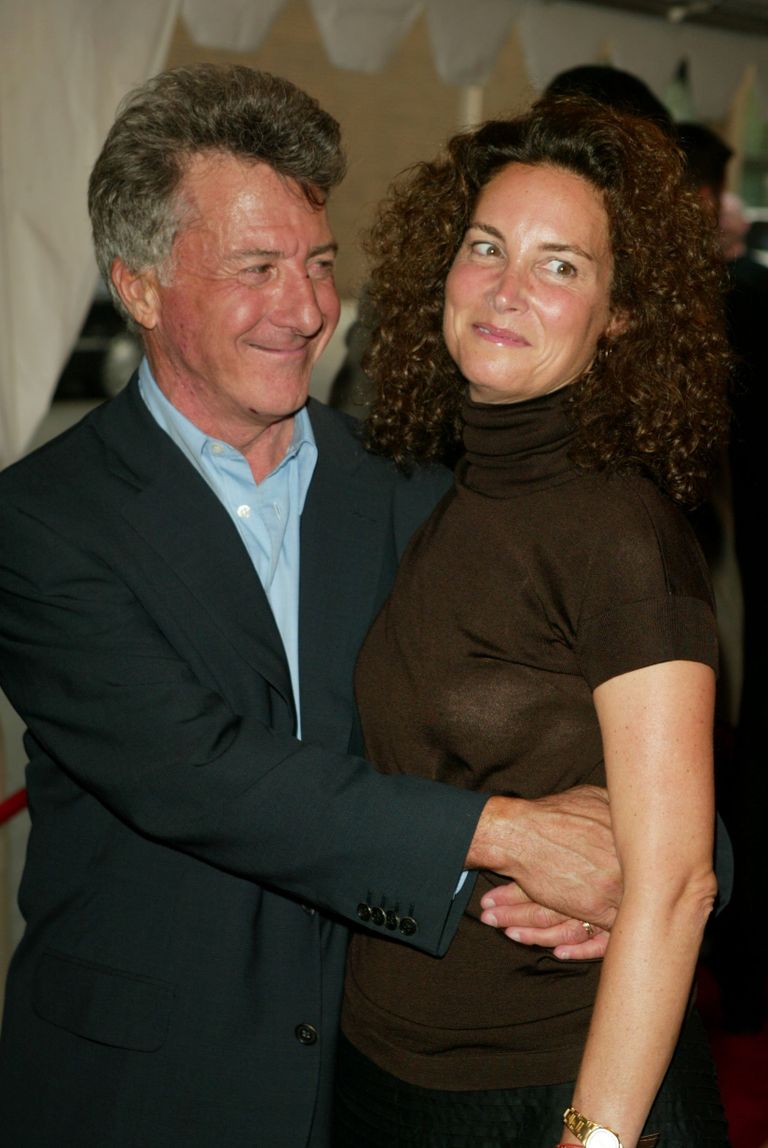 Today, the Hoffmans spend most of their time in Los Angeles, owning New York and London homes. Dustin himself previously said:

The couple’s marriage may seem perfect, but they have gone through a lot together as husband and wife to keep it intact. Read further down below. 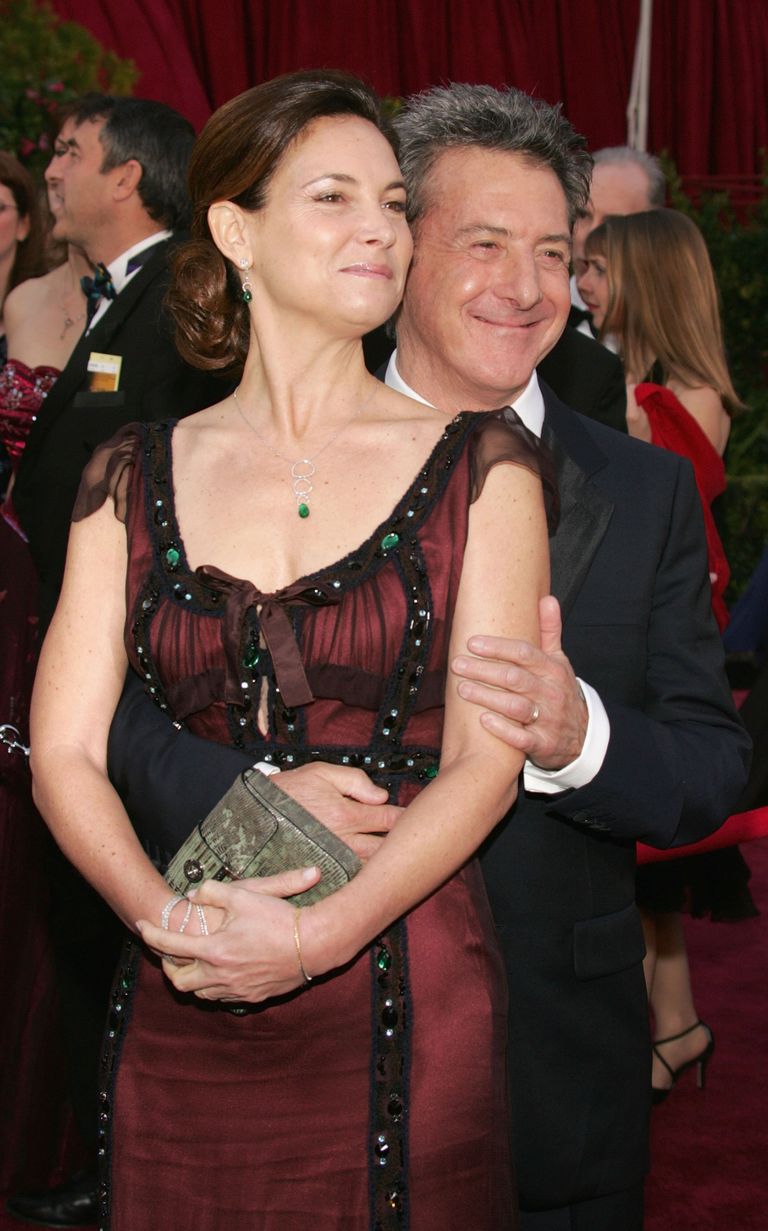 How Dustin Met His Wife

The pair were born and raised in Los Angeles, where Dustin’s mother and Lisa’s grandmother were friends and resided in the same apartment block.

Lisa shared that her future spouse was studying to be a classical pianist before pursuing an acting career. When he was sixteen, he was a pianist at her parent’s wedding when her mom was pregnant with her.

The lovebirds joked that she must have heard him playing and fallen in love right then. After Dustin left for New York to study drama, Lisa used to see him every year when he visited his family. 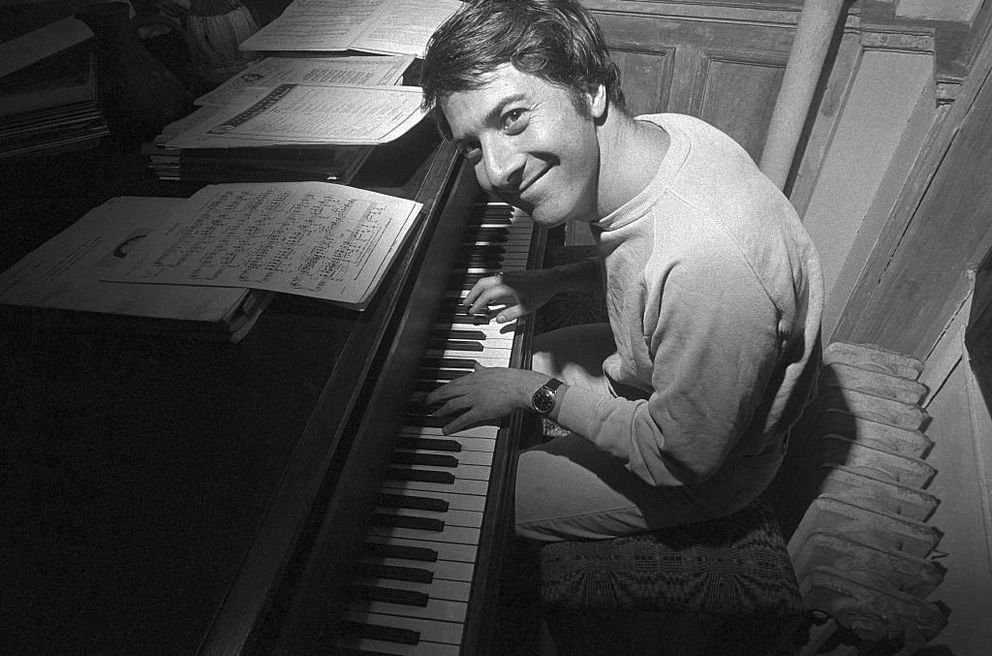 One particular year was when he was about 27; Lisa said he felt embarrassed being around adults at a party, hanging out with them instead. She was ten years old at the time.

He told jokes, played the piano, and encouraged young Lisa to dance around the living room. Lisa recalled that after they got together, “my grandmother reminded me that later that day, I had said, ‘I hope he waits for me because I want to marry him.’”

Lisa had to wait about twelve years until she was 22 and Dustin was 38. It was around the time when he was divorcing his first wife, actress Anne Byrne, known for “Manhattan.” 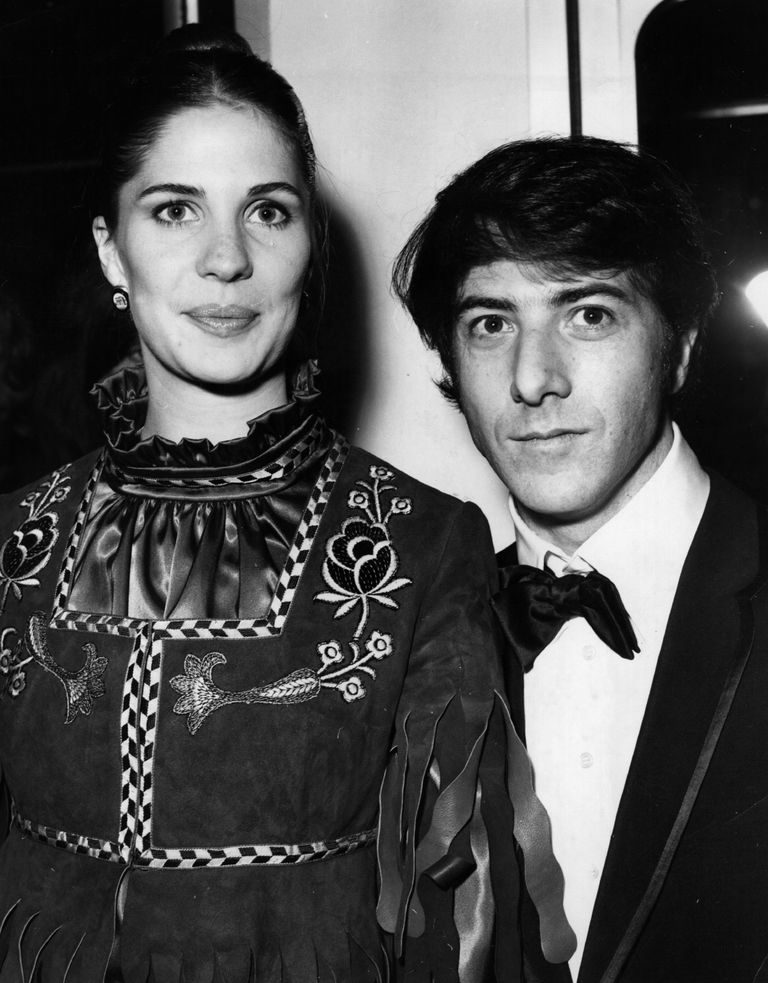 One day, when her grandfather died, Dustin came to pay his condolences, and they had not seen each other for several years. However, their feelings for each other were still strong, and from their very first date, they knew they were going to get married:

“That first look, and I knew. Dustin asked how many children I wanted. I said six, and he said he had two already, so would four be OK. And that’s exactly the way it has played out.” 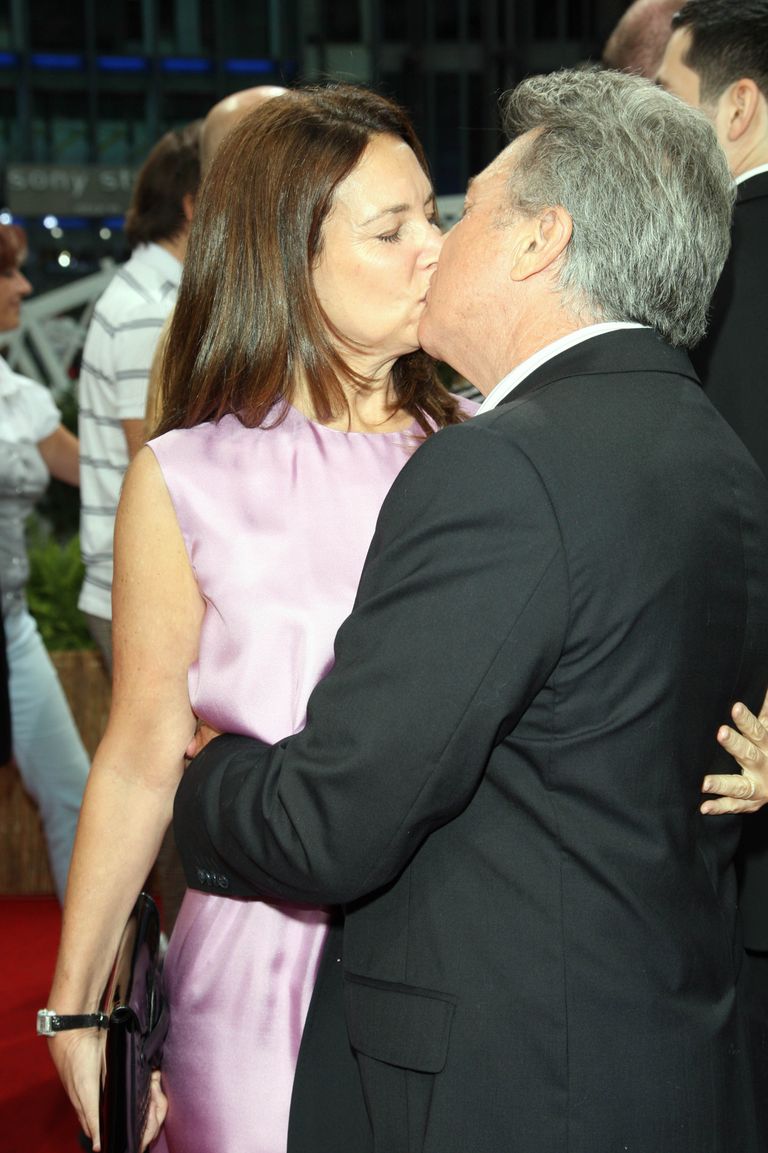 She had just started law school and decided to finish her degree regardless. Lisa said she knew having a law career would be impossible once she began traveling with the now 84-year-old.

So she opted to complete her qualification first. The couple got married in 1980, and she graduated a year later at the age of 25. 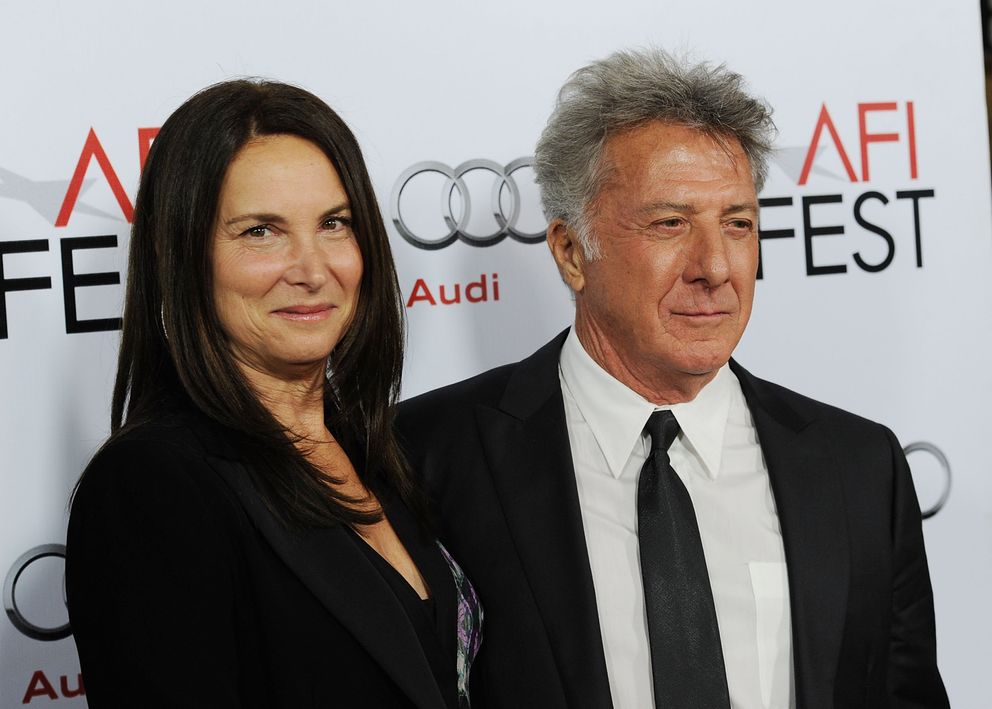 For the 68-year-old, the comfort lies in their families’ connections because her husband always recalls memorable stories about her family.

With that, Lisa shared she got much insight into her grandparents’ and her mother’s lives and, in turn, knew Dustin’s mother her entire life, adding she still had the charm she gave her when she was born. 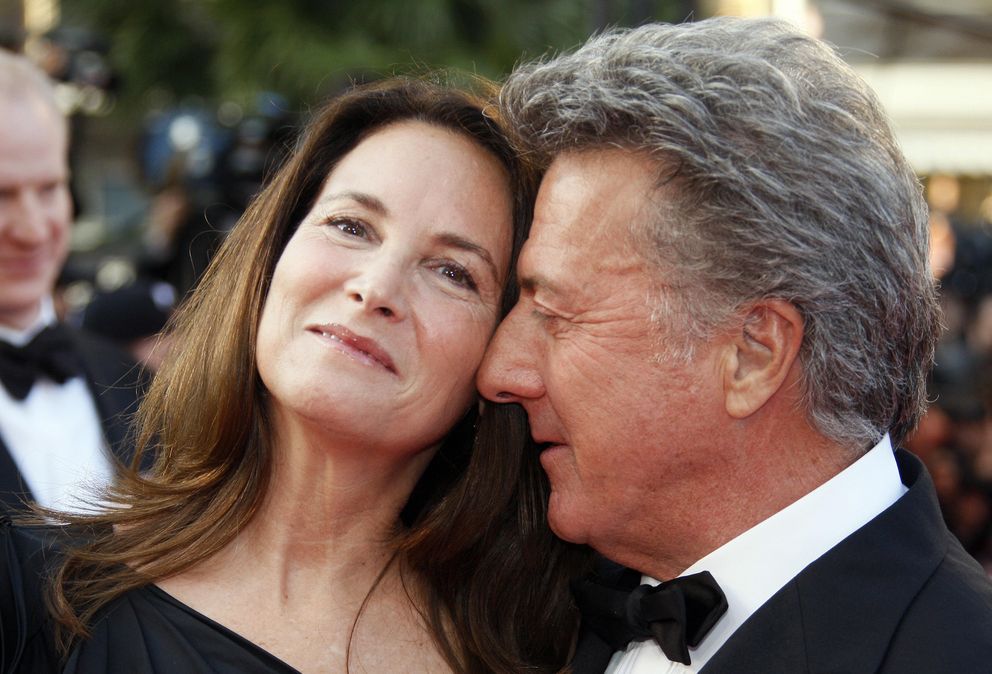 Years later, Lisa gave birth to the couple’s first child together, son Jake, 41, three weeks after taking the bar exam. He was born with complications.

The new mom explained that the infant was a month premature and born critically ill with Hyaline membrane disease, so being a mom became her focus. 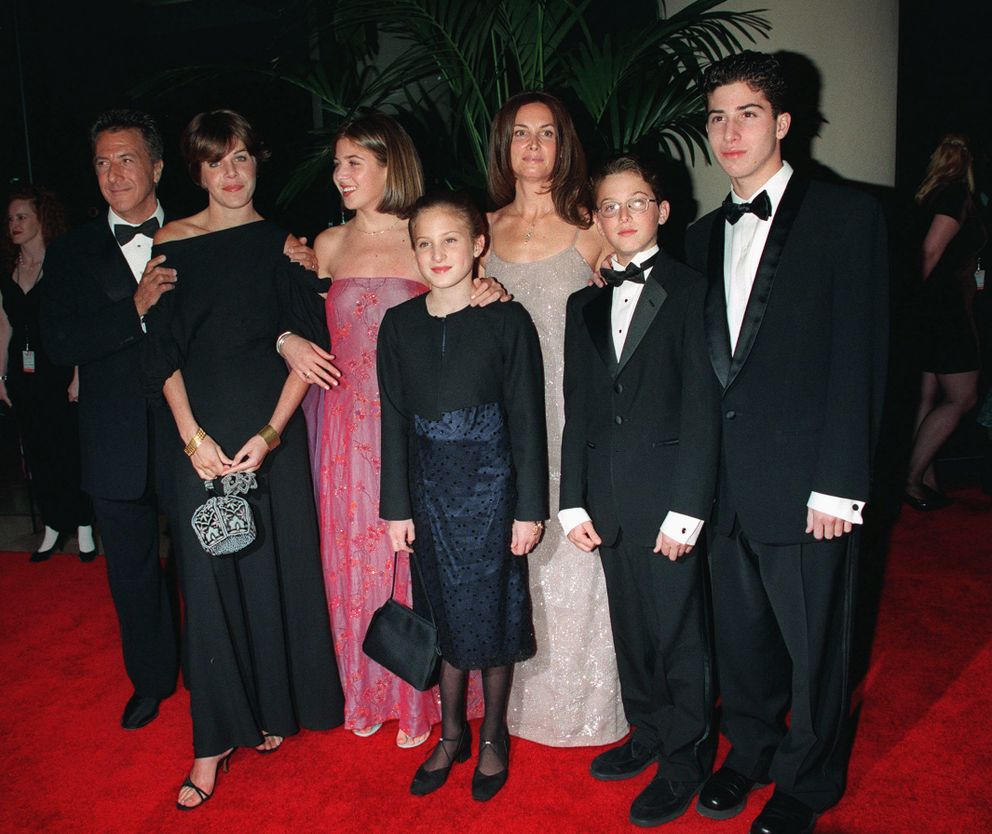 Three more children followed; Rebecca, Max, and Alexandra. For the next two decades, the family traveled the world, accompanying Dustin wherever he went on location.

“Our values are traditional. It was important to Dustin that we were together as a family. For both of us, that was the point of being married,” said Lisa. 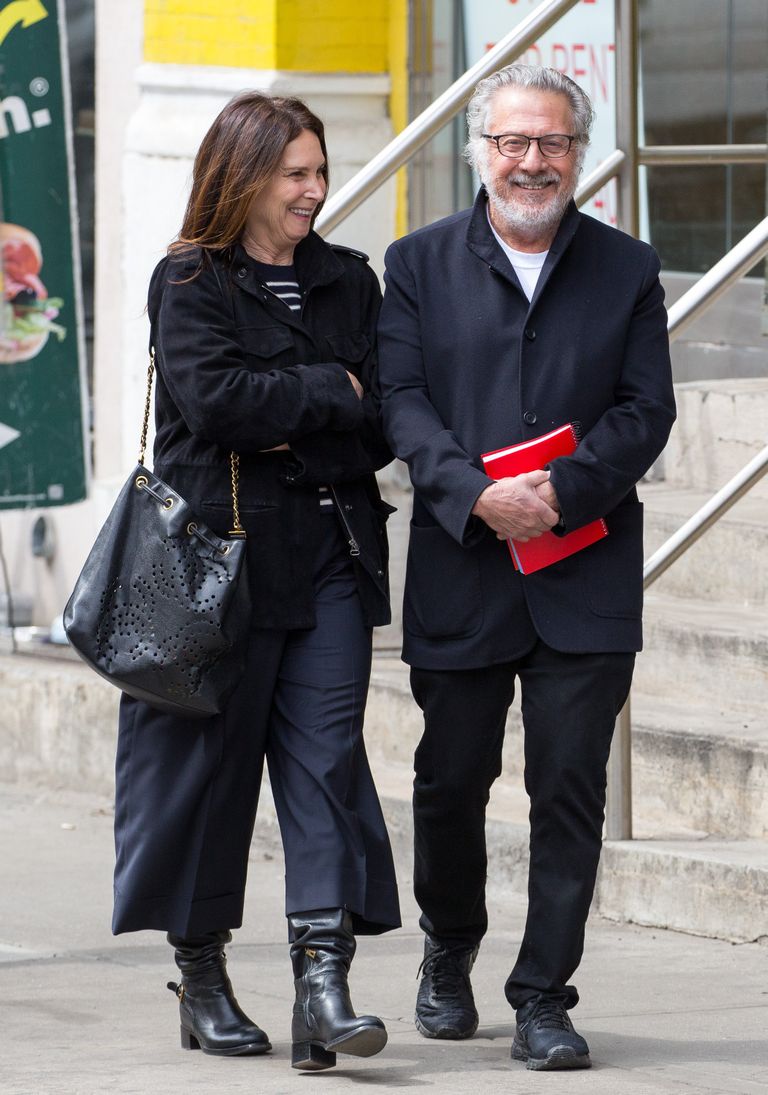 Fortunately, Dustin’s success meant at that period, he could afford to take the family with him, placing the children in local schools. Lisa noted:

“Our priority was to be with the kids. We still love being around the table together.” 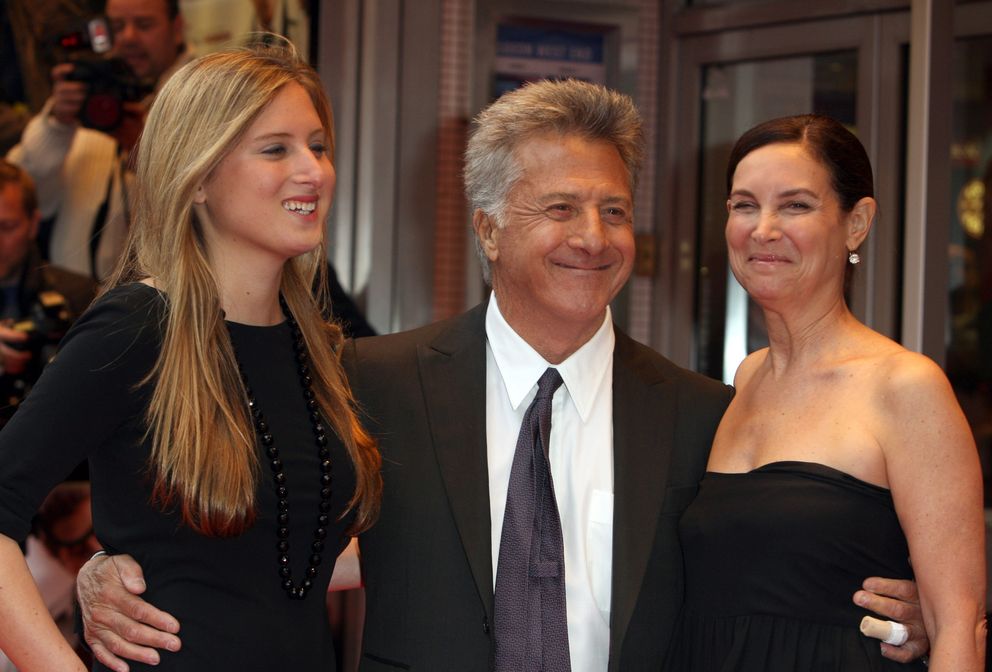 Dustin’s eldest child is daughter Karina, 56, whom he adopted upon marrying Byrne. Not much is known about Karina as she stays away from the spotlight.

His second oldest is his biological daughter, Jenna, 51, who took after him in showbiz and became an actress. The mom of two has appeared in several films, including “Outbreak.” 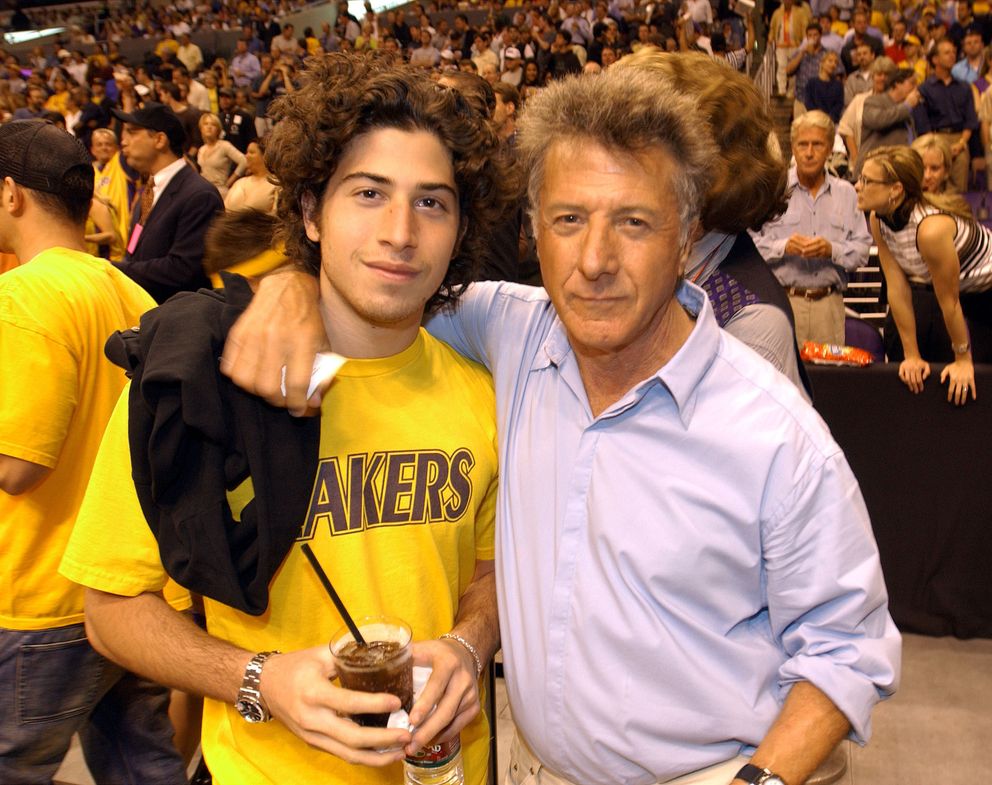 >> RELATED STORY – Meet Lisa Whelchel’s Kids with Her Pastor Ex to Whom She Thought She ‘Would Be Married Forever’
Dustin’s oldest son, Jake, was born in 1981 and is one of the most famous of the kids. The director followed his dad’s footsteps and has gone on to star in films like “Click.”

Dustin and Lisa welcomed their second child, Rebecca, in 1983, who later appeared with her father in “Hook.” However, she did not continue acting after that. The 38-year-old studied at Barnard College in New York City. 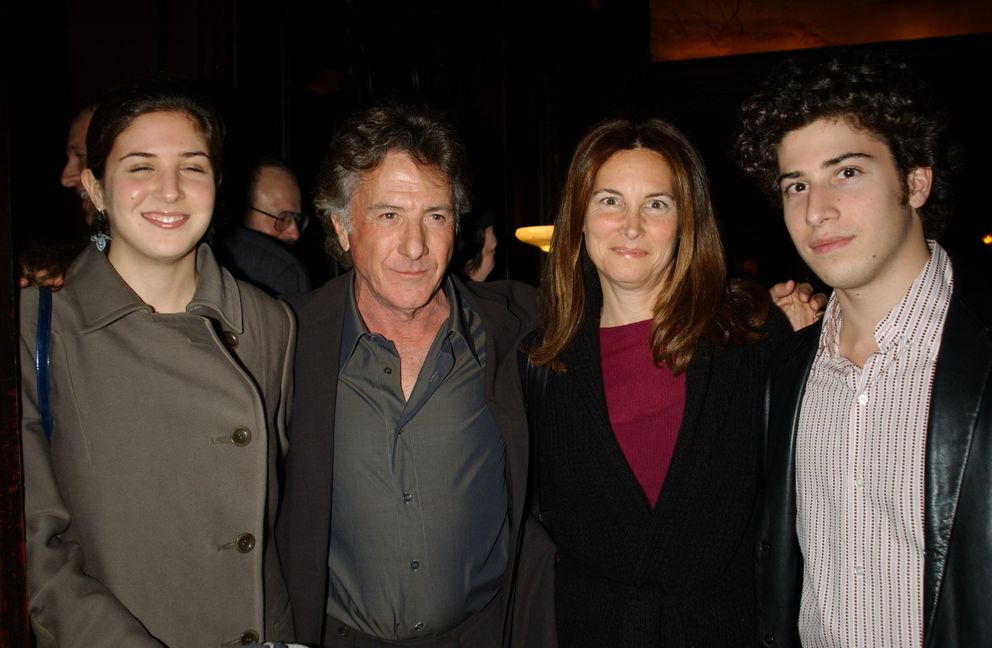 The youngest of the boys is Max, 38, born in 1984 in Los Angeles and later attended Brown University in 2007, including studying abroad in Prague. 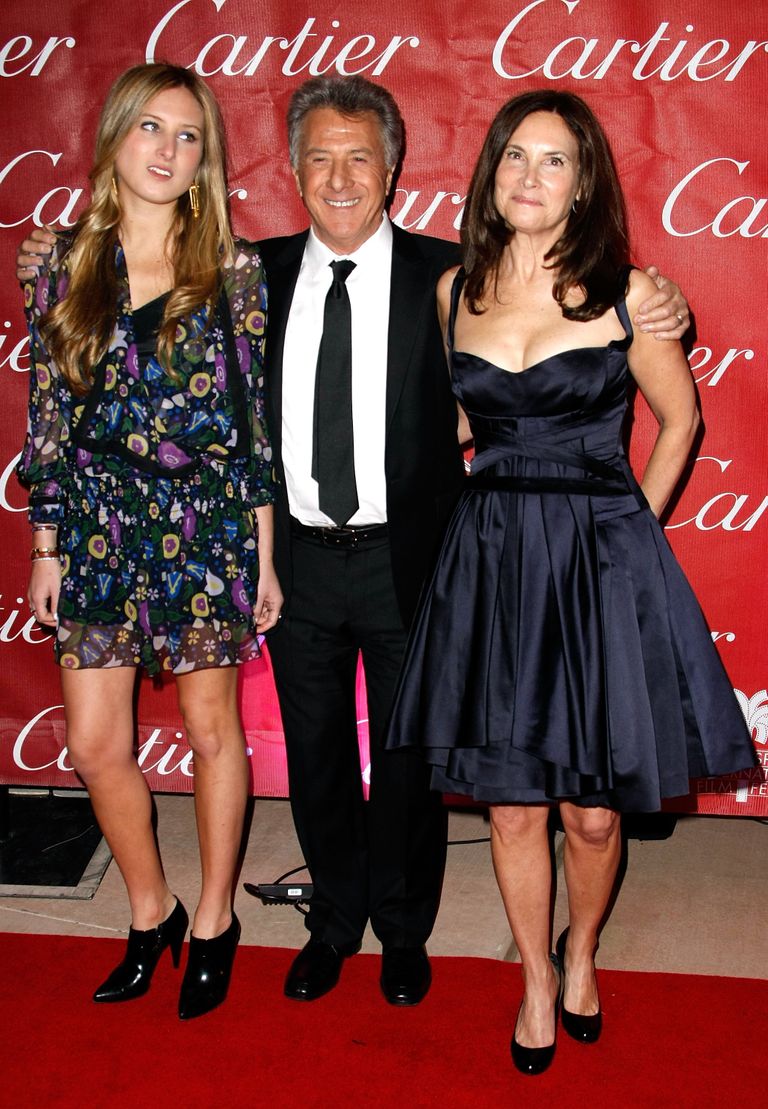 Lisa Was Daunted by Dustin’s Fame

Lisa has coped with her spouse’s fame and managed to stay out of the limelight. She now has a career since all her brood has left the nest. Lisa shared she could not work while raising the kids because she decided to prioritize them:

“I wasn’t able to work when I was raising the kids as my life was about them. So this is an exciting time to get to know me differently.” 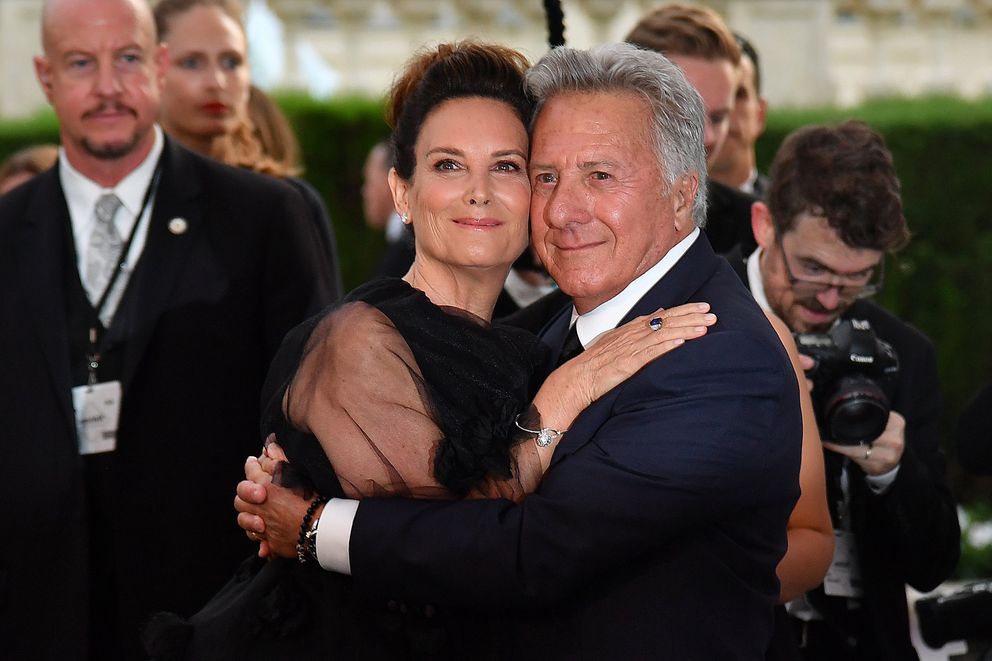 She went on to launch her skincare range called Lisa Hoffman Beauty. With the help of a beauty-industry consultant, she found a leading US skincare specialist to help her bring her ideas to life.

Lisa said she did her research on her own to get a sense of what she was looking for and still spends time with the chemist. The mom of four now has her Night & Day skincare system.