A year after he went missing, Amber still believed she would find her husband. But not in a million years did she expect the first clue to come from a homeless man’s wrist and set her off on a hunt for the truth.

Amber was not feeling very grateful to the universe that day. “Why me?” she asked the heavens as she took off her apron and hat, preparing to finish her shift in the cafe kitchen for the day.

“Just when things began to look up for us after a hard life…just when we moved to a whole new city to enjoy a whole new adventure of our lives…my Michael, the love of my life, disappears on me?”

It had been a year since Michael had left home for work for the last time. His startup was about to be bought by a famous company, and he had been immersed in work and rather distant at home. 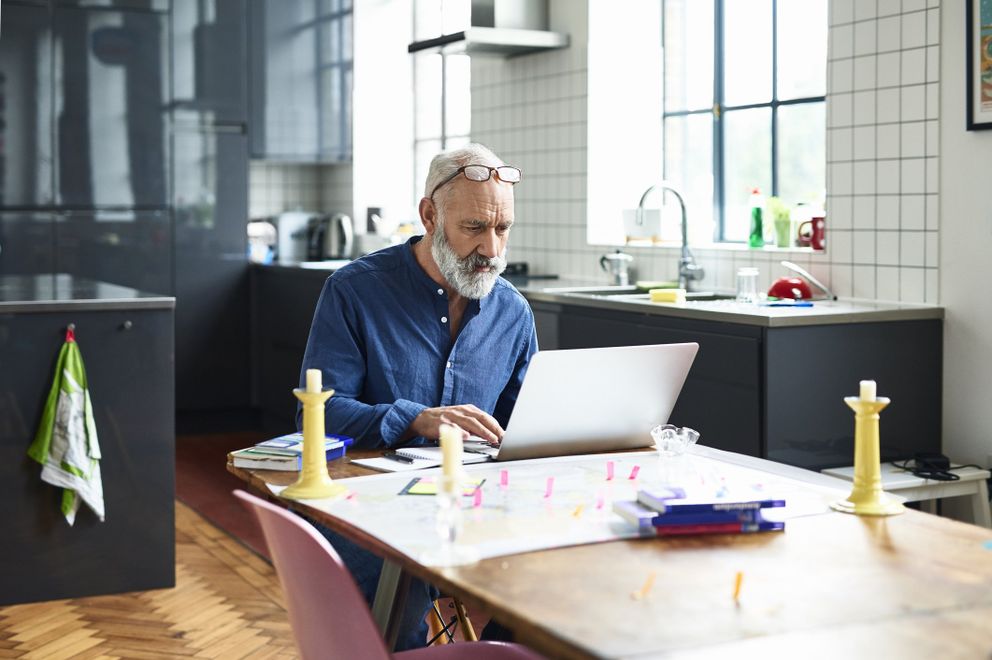 “Amber, I’m off! See you in the evening, darling. Love you!” Amber was in such a rush to get ready for work that morning that she didn’t kiss her husband back. “I wish I had…” Amber cried, remembering his scruffy beard brushing against her cheek.

“Where did you go, Michael?”

By now, the police were out of any fresh leads to find the missing man, and half the friends and family members believed that Michael had deliberately left Amber. But the woman refused to believe it.

“I know you wouldn’t do that to me…” Amber thought as she stopped on the walk back home. She would stop at the same spot every day to feed an old homeless man who begged there for alms.

But today, when she was handing him the bag of food she brought from the cafe, she saw something that shocked her to the core.

“Hey! That watch…” She pointed at the homeless man’s hand. “Where did you get that from?” 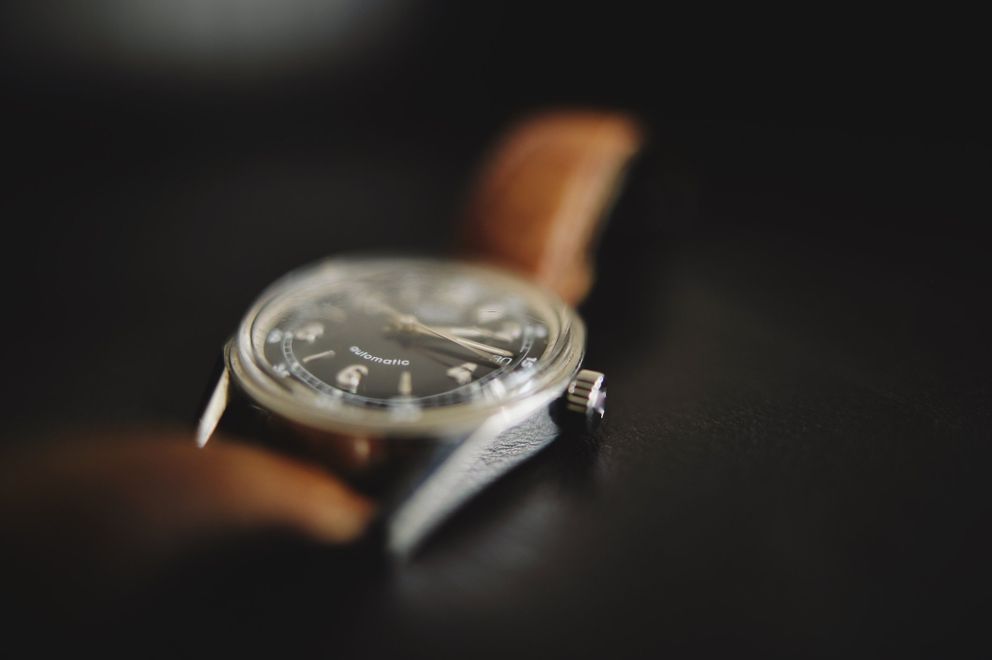 The elderly man was surprised by the woman’s unusual question. “This…someone gave it to me yesterday in exchange for my coat.”

Amber knew where she had seen that watch before, but she politely asked the man if it was engraved with any initials on the back.

The man took off the watch and was surprised. “You’re right! It says A.M. Does that mean something to you?” he asked as Amber teared up.

“Yes. That is my missing husband’s watch. And it means that I’m one step closer to finding him!”

The homeless man revealed that he had met the man who gave him the watch at a street corner not far away from there.

When Amber reached the spot under the bridge, it looked like several men and women had been living there. All those faces looked bitter and hungry except for one. 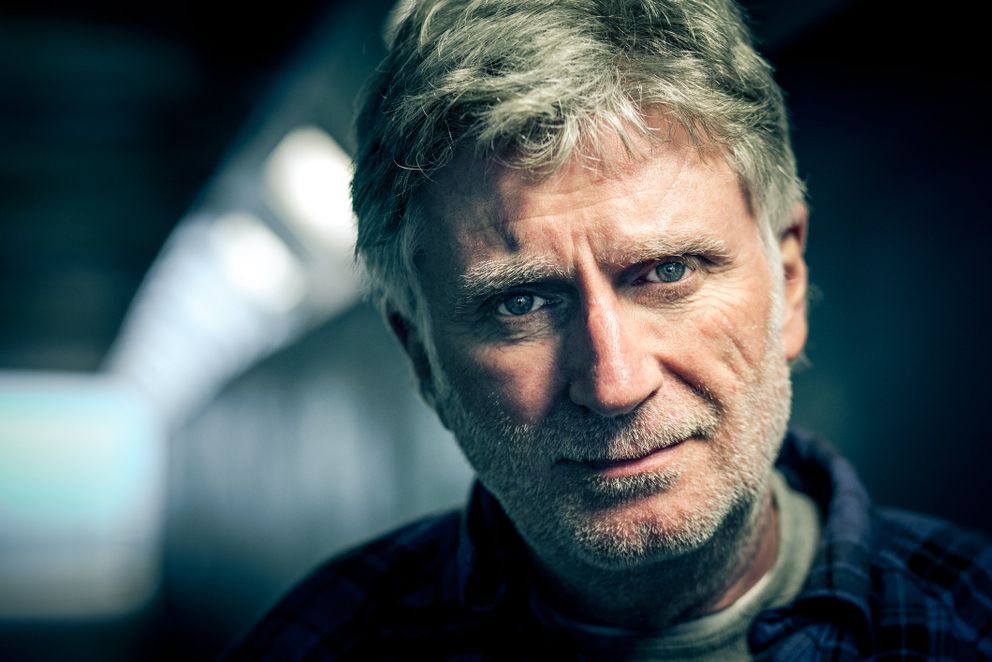 Amber felt like she could breathe again. But as she drove him home, she realized that Michael was not himself. He appeared confused and troubled, constantly feeling the car with his hands and looking out the window as if it were all new to him.

It didn’t take long for Amber to figure out that her husband had lost his memory somehow. She patiently cleaned him up, gave him a neat shave, bathed him, and fed him.

And when Michael woke up after a brief nap, she decided to try to solve the mystery of what had happened to her husband on the day he went missing a year ago.

“I’m sorry…there’s something wrong with my memory. I–I can’t remember much of how I got to the spot under the bridge or what I did before that.” Looking into his wife’s eyes, Michael added, “I remember your face…but not your name…” His voice faded as he burst into tears.

It pained Amber that he didn’t remember her as his wife. But she couldn’t let herself break down. She had to find out more.

“Wait a minute…I remember a small television screen…in a small room somewhere…and something about a girl dancing…” Michael scratched his head. 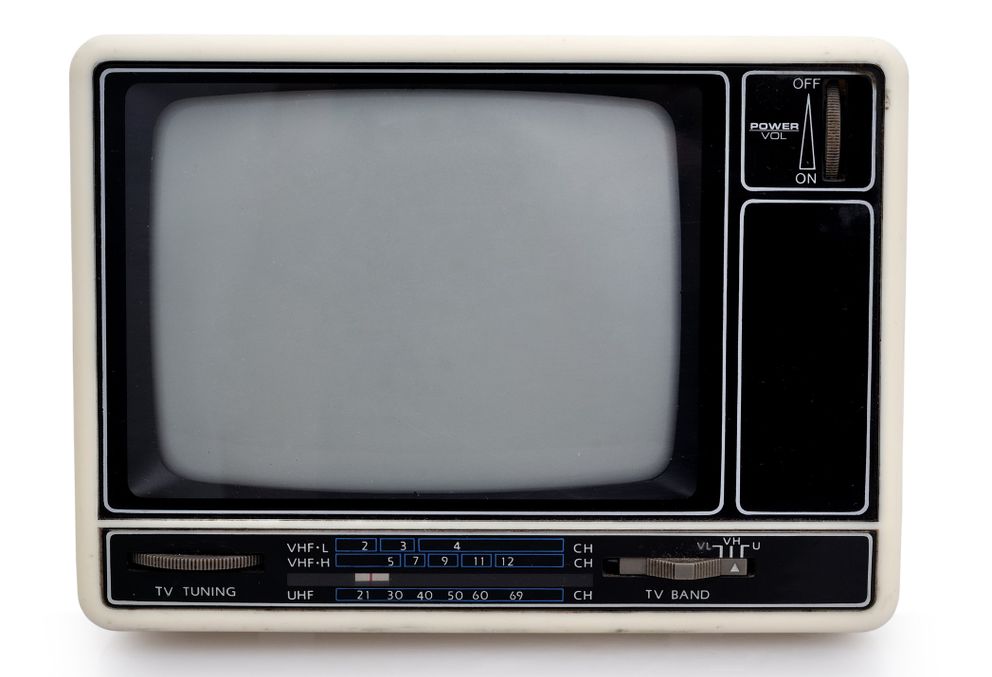 Amber sat with this clue for the next hour, and it suddenly struck her. “I think I know what you’re talking about!”

She drove Michael to the old office of his startup and took him straight to the utility room.

“What is this place?” Michael asked her, looking at all the empty chairs and glass walls. That office had been sold shortly after Michael went missing, but luckily, Amber still had a key.

Amber opened the utility room, hoping for a miracle. And there it was, the small television screen in the small room! Amber watched as Michael’s eyes lit up. “Yes…yes! This is the screen…”

Michael didn’t know it, but Amber had found the meaning of “the dancing girl,” too. She waited in the utility room, hoping for a woman named Mrs. D’Angelo to show up.

Mrs. D’Angelo had been hired by Michael when he rented the office space two years ago. She had become a sort of mother figure for Michael, and he knew that she had a granddaughter who dreamed of being a professional dancer.

Amber remembered Michael mentioned it to her multiple times, and Amber knew that the woman still worked in the building.

“Amber! Michael! Oh, you found him!” the elderly woman was thrilled to see her former boss. 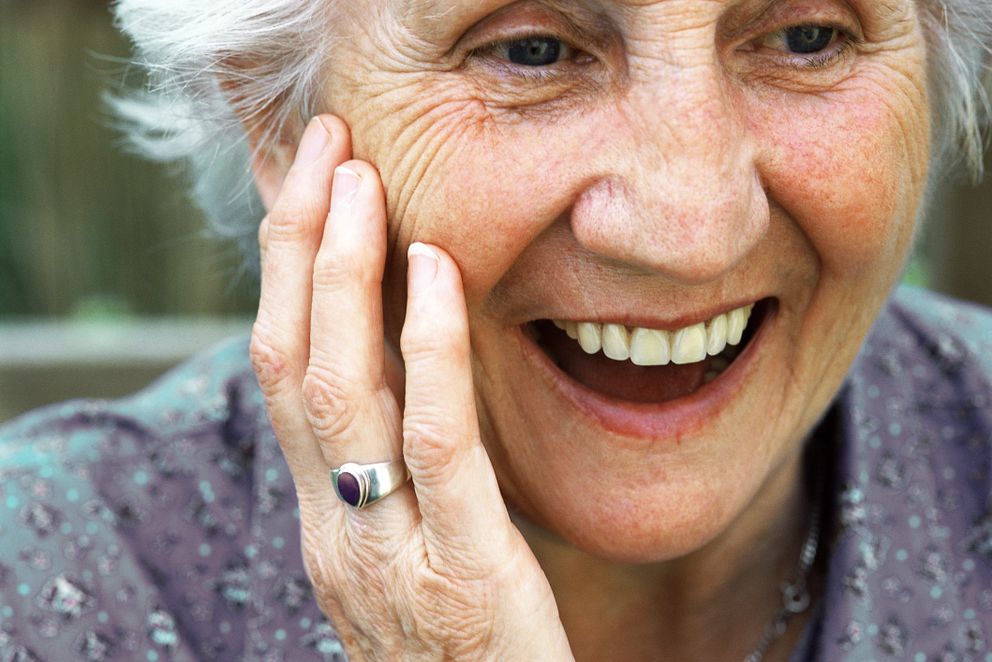 “The last I had seen Michael,” she revealed when Amber asked her, “I was in this very room when he bought me a fresh meal. He asked me when my granddaughter’s next dance recital was and that he would like to come…”

Mrs. D’Angelo paused to think and added, “And I remember Michael saying that he was headed to this big fancy company downtown. He had a meeting with…one ‘Mr. Felix’ I think, was the name he mentioned. I remember because I once had a cat by that name,” the woman sighed.

A few online searches were all it took for Amber to have found Felix and his company. When Felix heard who had come to see him, he stood up in disbelief.

“I’m so happy Michael is alright. Yes, he was supposed to meet me that day, but he never made it. It was a critical meeting where I wanted to buy the company, and Michael and his partners were supposed to finalize the deal.

Michael stared searchingly into the abyss, grasping at straws to remember any little detail, and cursed himself that he couldn’t.

He looked at the disappointment and tears in Amber’s eyes. “I hope I was a loving husband to this kind woman all along…” Michael thought, falling in love with her all over again.

That night, Amber lay in bed, thinking of ways to break through the dead end in her investigation. 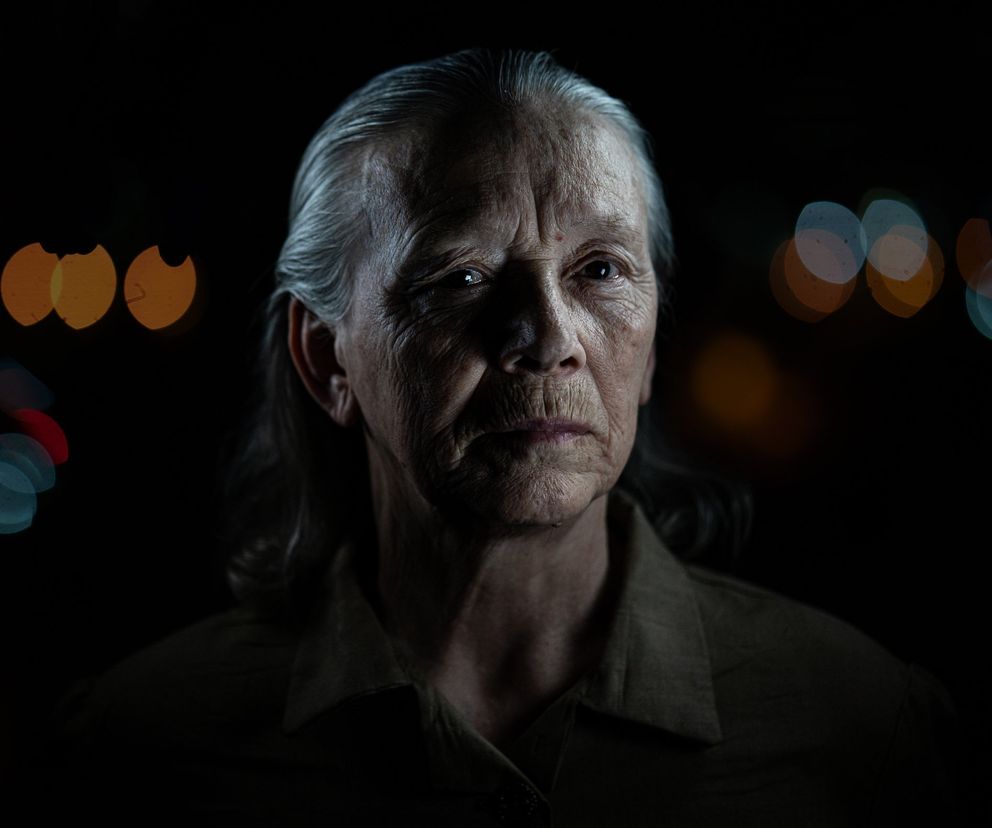 When the sun rose again, Amber decided to take Michael back to his old office again, hoping to retrace his steps from that fateful day.

Even before they could enter the commercial building, the universe sent another clue their way. This time, it was in the form of a hot dog vendor on the street.

From a short distance, Amber noticed the hot dog seller studying Michael with a frown. “Maybe he knows something?” she wondered and approached the man.

“Oh, it IS you…from that terrible accident last year. It’s amazing to see you alive and well after what happened…”

Tom, the hot dog seller, remembered seeing Michael a year ago, leaving the office building and wanting to cross the road.

“He looked very focused on some thought like he was rehearsing or preparing for something. I saw him cross from the opposite side of the street. He looked into his phone for a split second, and in that time, he got in the way of a speeding car.”

Amber winged and gripped Michael’s hand as she imagined him about to get run over by a car. 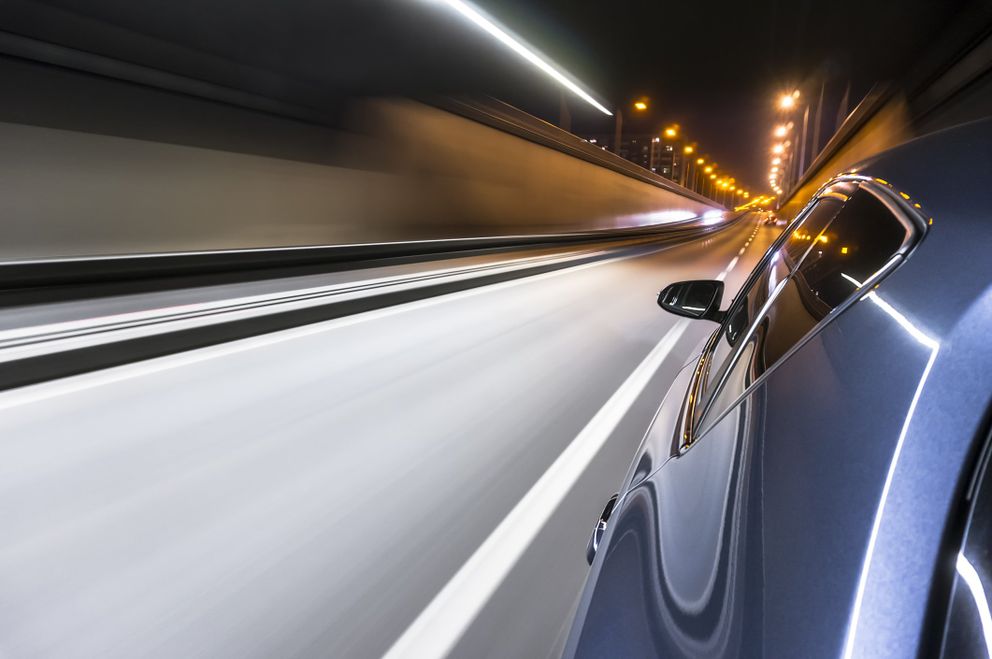 “In a matter of seconds, this man hit the ground. We passers-by rushed to check on him, and we were shocked that there wasn’t a single scratch on his body. This man got up, felt his head with his hands, looked at all our faces blankly, and continued walking. There was only a slight limp in his walk. Before he passed me by, he asked me a strange question: ‘Who’s Amber, and where is she?’

“I never forgot my strange encounter with him, and I never saw him around here until now,” Tom said.

Amber turned to Michael and saw the same old smile that she had missed so much sprouting on his lips.

As he held Amber and crossed the road, he finally shrieked, “Yes! I remember now, darling! I was on my way to the meeting with Felix after meeting Mrs. D’Angelo…I was crossing this very road, and I got a call. From Felix!

“I shouldn’t have checked my phone. I wish I hadn’t! It would have saved us a year of being apart…a year of your suffering! I’m so sorry, Amber!” The man wept in her arms. 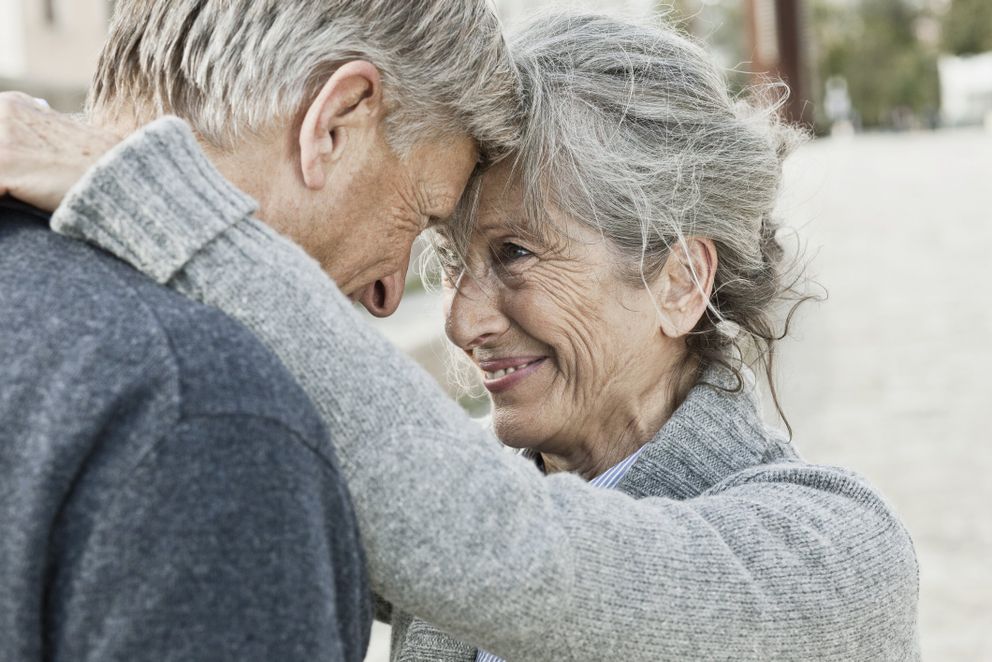 Michael’s memory had partially recovered, but there were still a lot of unanswered questions. Luckily, with the help of therapy and Amber’s loving support, Michael regained all of his memory.

He bought his company and the office back, hired Mrs. D’Angelo again, and offered help to all the homeless people who he had lived with under the bridge. And most of all, Michael never forgot how much his wife loved him.

Don’t give up – help sometimes shows up in ways least expected. Amber wouldn’t have thought in a million years that the homeless man would help her find her husband a year after he went missing.
Be alert and mindful on the street. It is important to not be distracted while crossing the road, or else it may lead to accidents like Michael’s.