Whoever said the world was lacking good people? There are still some amazingly kind souls out there who would go and above beyond for others, and these people are the treasures we must celebrate.

Electrician John Kinney had only gone to Gloria Scott’s home in Woburn, Massachusetts, to fix a sparking light fixture [1]. He’d thought he would just be in and out in a few minutes, but what was supposed to be a simple job turned into a beautiful friendship.

72-year-old Gloria Scott had lived alone for over 10 years in her home and she was literally living in a ticking time bomb. Kinney observed that the extensive plumbing damage was not a day’s job, raccoons were bubbling all over the place, and she had large holes in the ceiling. The elderly woman had troubles with running water because the kitchen sink was broken and hot water would often splash all over the place. She ended up coming up with a system where she shut off the running water for two days and only turned it on to flush toilets.

Kinney couldn’t leave the poor old lady who couldn’t afford the repairs of her home. He had to do something to help.

“It was definitely a hazard. It was a rough condition she was living in and I noticed immediately. I knew she needed help and I knew she wasn’t going to ask for it,” Kinney said.

Lighting up her home – and life 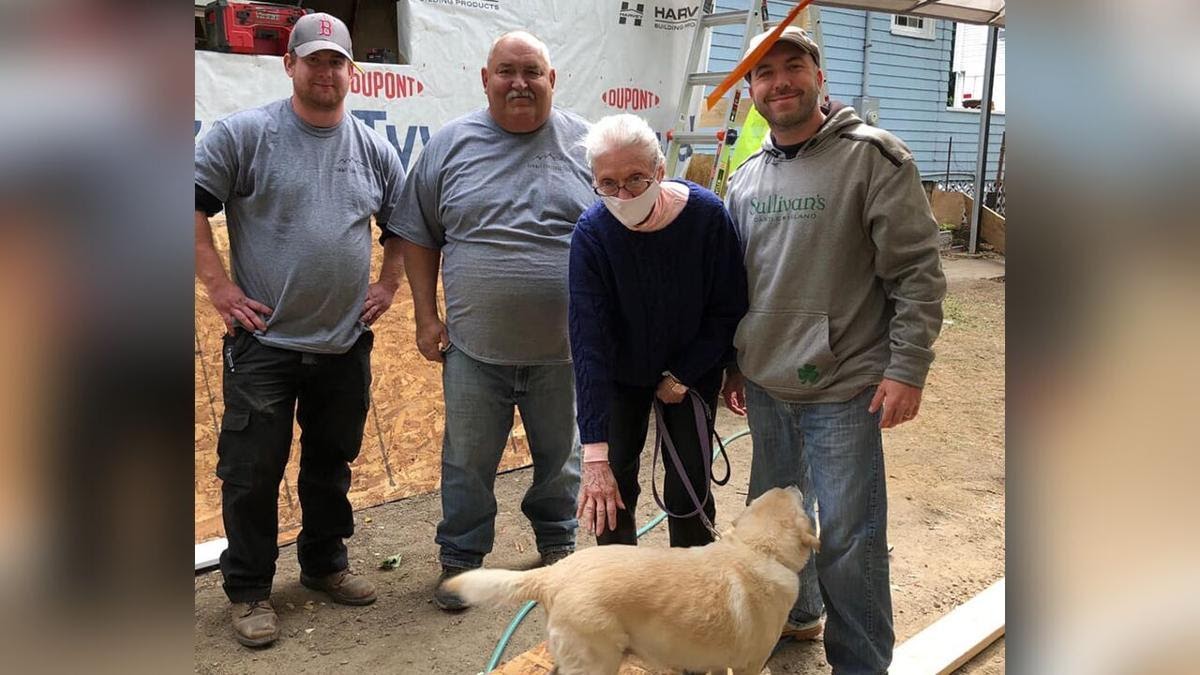 Mrs. Scott didn’t want to be a bother to anyone, and so, without being asked, Kinney went back days later with his tools and started the repairs where he could.

He returned later with some friends who were willing to help out, but as much as their hearts were in the right place, they needed funds for the extensive renovation.

Kinney set up a crowd-funding account for Scott titled “Nice old lady needs help.” People around and beyond were touched by her terrible living conditions and the donations began to pour in like an avalanche. It’s amazing to see how humanity can genuinely band together to help one of their own.

In 24 hours, more than $3,500 was raised and the account has since surpassed its target, hitting over $100,000. The funds were used to pay the professionals who worked on the full-blown renovation and to purchase standard materials. However, locals were also showing up with materials for work and restaurants were sending food to keep the workers refreshed.

According to Kinney, Scott’s whole life has changed, and not just her home.

“The project kept growing and support kept pouring in,” Kinney said. “She’s been here by herself for over 10 years, so I’m sure it’s a big change for her, but she’s warmed up to everybody. She’s so happy, she’s got all types of new friends. She’s out here making lunch for us, laughing, joking. It’s just a miracle to witness.”

A community full of love and kindness 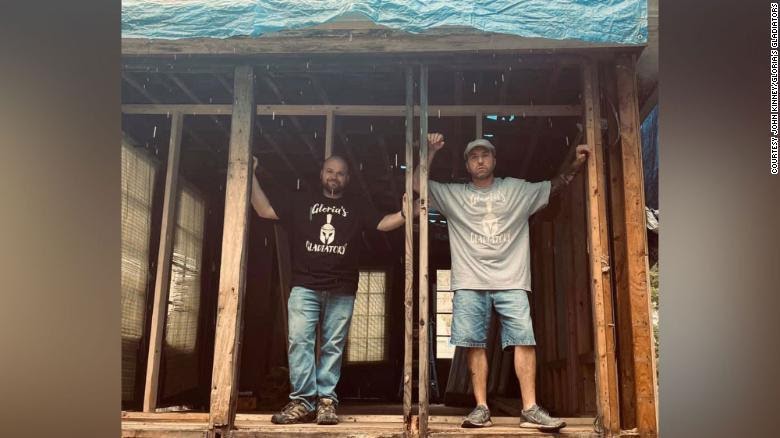 Gloria now has a Facebook page titled Gloria’s Gladiators where over 6,000 people have banded together to love and support the elderly woman.

She was formerly battling a broken home and loneliness, but now, a new plumbing system a state-of-the-art electrical system, a brand-new roof, a fresh paint job, solid insulation, a new porch and windows, new grass in her backyard, and most importantly, so many genuine friends to keep her happy. The renovators, led by Kinney did a great job of making Scott’s living conditions as perfect as possible without having to move her from her beloved home.

“It’s about getting the whole community to be gladiators and fighting for people who can’t fight for themselves,” Kinney said about the Facebook page.

He has also gained a new friend since Gloria is not just a client or a beneficiary of his kindness. She’s now a solid part of his life and the bond they share is truly admirable.

People like Kinney are the reason why the world is still moving forward, despite all the evil and wickedness that still abide. All he had to do was one simple job and be on his way, but he couldn’t sleep at night knowing there was a poor old lady out there sleeping in a leaky home with raccoons.

Kindness will never go out of style.