An older woman becomes concerned about a set of triplets who would spend the entire day on the beach unattended and return home late in the evening. She decides to follow them and what she discovers along the way changes her life forever.

“I’ve heard she’s a single mother whose husband abandoned her. Have you seen her sons? She has triplets, and they don’t look older than 6. God knows how she manages to look after them alone. Must be hard for her,” Mrs. Brooks overheard one of her neighbors saying as she walked down the front aisle of the supermarket to get some bread and milk.

“I don’t believe that,” Amelia interjected. She lived across the street from Mrs. Brooks and was a rigid woman. “I think there’s something wrong with her. I saw her a few days ago when she first moved here, but she vanished without a trace after that. I believe she ran away. She must have realized she didn’t want to look after her children! What a jerk!”

“What?” Caroline, Mrs. Brooks’ next-door neighbor, gasped. “Did she really leave her kids? Then we must notify the cops. Those poor children must be going through a lot.”

“Are you insane?” Amelia yelled at her. “Don’t meddle in other people’s affairs unnecessarily. Who will deal with the cops and the CPS? It’s best if we keep our distance from her.”

“But what if….” The neighbors continued to speak about the new woman who had moved into their area, but Mrs. Brooks was uninterested and strolled away to the next aisle.

Mrs. Brooks was 85 years old, often aloof and alone, and disliked spending time with the other women in the area because they were similar to the whining chatterboxes who loved to discover flaws in other people’s lives while ignoring the flaws in their own. So she finished her shopping fast, paid, and left the store. 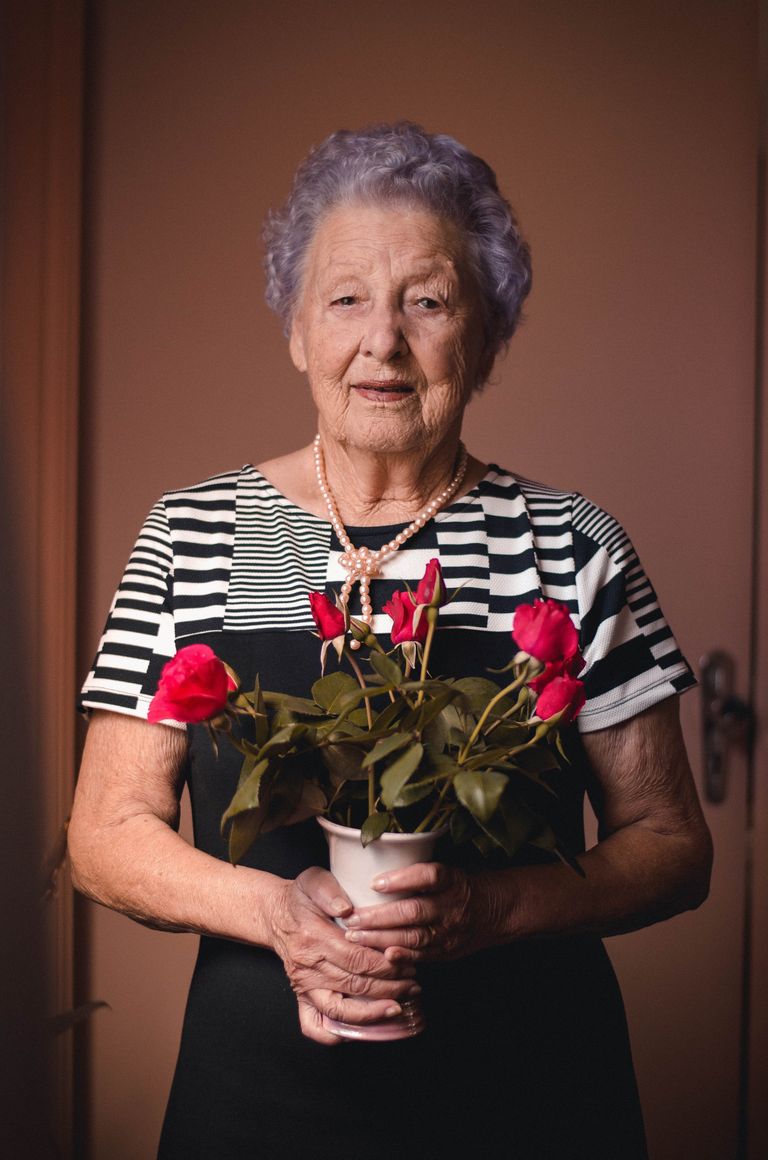 However, while she was sitting on her balcony a week later, her attention was drawn to three handsome, fair-haired triplets playing on the beach. Oh, so those are the kids the women were talking about. They look pretty adorable, but they look weak too. Did their mother really abandon them? The older woman pondered while she sipped her tea and turned to the next page of her book.

Soon, the sun descended a little, and evening started approaching. Mrs. Brooks was so engaged in her book that she didn’t notice when the time changed from afternoon to evening. She decided to head inside and start dinner preparations, but when she turned to look at the beach, she found the triplets were still there. Even though it was getting cold, those kids were running around on the beach, shirtless, playing with their toys.

Those boys will catch a cold! How irresponsible is their mother? She grumbled as she entered her home and shut the balcony door behind her. She had always preferred to keep her distance from others, but when she saw the triplets, she couldn’t stop thinking about them. Perhaps it was due to her affection for the adorable boys, or maybe it was due to their circumstances, as she reasoned their mother was no longer with them – that she felt obligated to help them.

So, when she realized that the boys were at the beach every day till late evening, she decided to follow them. Little did the woman know it would reveal something that would leave her stunned… 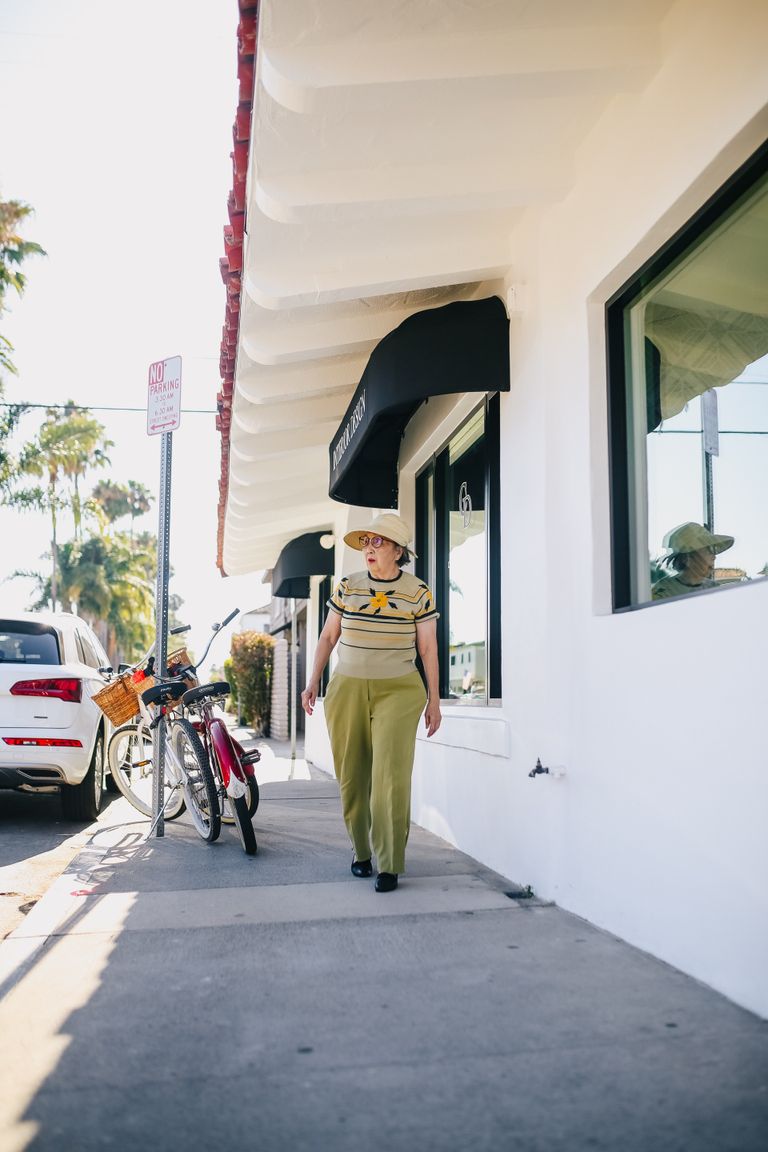 “Hello, darling, My name is Linda Brooks. I am your new neighbor. Can I please come in?” She inquired as one of the triplets greeted her at the door.

He glanced at her for a moment and then said, “Hello, Mrs. Brooks. I’m Sam. Mommy is not at home. Can you come later?”

“I just wanted to share a pie with you and get to know you and your mother,” she explained with a kind grin. “It’s fine. I can wait until she returns.”

“Did your mother abandon you and your brothers?” she inquired, concerned. “I could call the cops, and…” 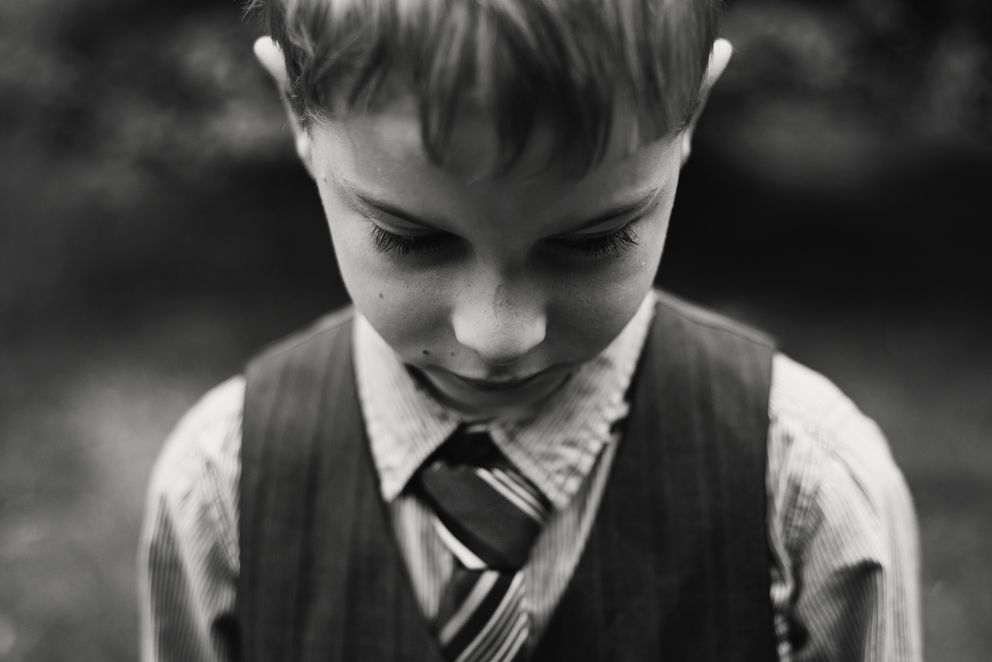 “Oh, dear!” Her heart skipped a beat. She crouched to face Sam and said, “I can look after you while your mom is away, Sam. I baked a pie too. Would you like to try it?”

Sam looked at the pie, and his gaze didn’t shift away from it even for a second. Mrs. Brooks could sense the boy was hungry and probably hadn’t eaten properly in days. “If you let me in, Sam, I can also make some sandwiches for you and your brothers. Do you like sandwiches?”

“Mommy told me not to talk to strangers, but you can come in. You are like mommy. Even mommy bakes pies for us,” he replied with a smile as he led her inside.

As Mrs. Brooks entered their home, she couldn’t believe her eyes. The entire house was messed up in ways that words could not describe! The kitchen smelled like garbage, and there were dishes in the sink that hadn’t been cleaned in days, if not weeks. Sam’s brothers, Harry and Tom, were still sand-covered and had not cleaned up after coming from the beach.

Then there was a packet of bread and some condiments like sauce and jam on the untidy dining table, which she assumed the boys had been surviving on. There wasn’t enough furniture in the house, either, and the boys were sleeping on the armchair or the unkempt mattress in the middle of the room. 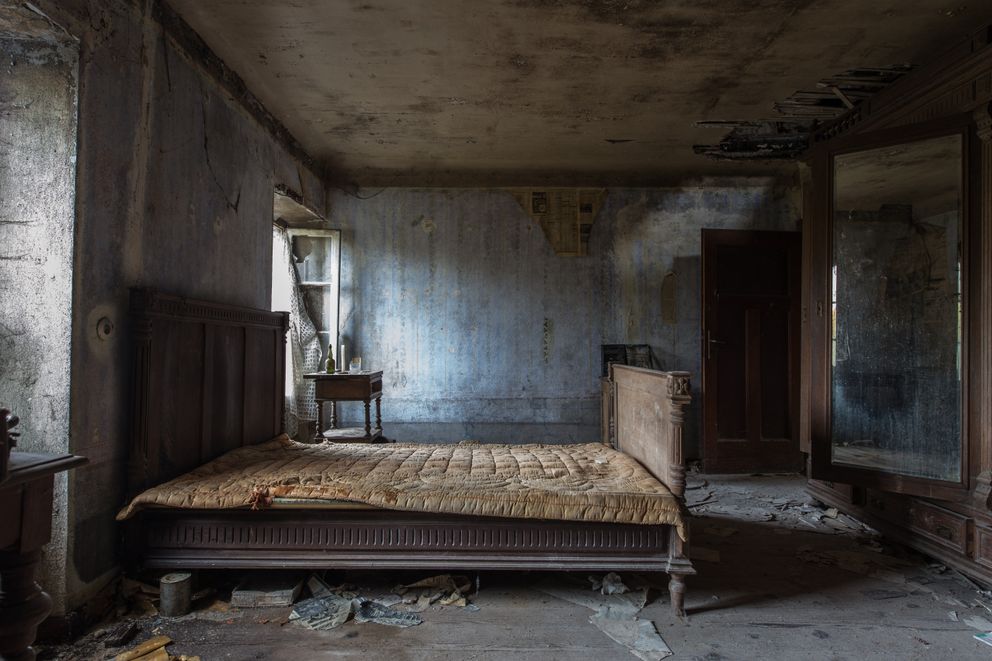 Mrs. Brooks felt terrible for the boys, so first and foremost, she assisted Harry and Tom in washing up. She later brought groceries from her home and made soup and sandwiches for dinner. She couldn’t take her eyes off the boys while they were eating. She could tell they hadn’t eaten in days.

“Which hospital did your mother visit, Sam?” she inquired as Sam finished his meal.

Sam dashed to a drawer and handed her a note. “When the ambulance came to take mommy away, they gave me a phone number to call.”

That night, after Mrs. Brooks fed the boys, she took them to her house, and they slept peacefully there. The next morning, she prepared breakfast for them before she went to see their mother at the hospital.

It turned out the boys’ mother, Shannon, was rushed to the hospital a few days ago after collapsing from stress and exhaustion. She was a receptionist, and she had returned from a shift early in the morning feeling disoriented. Thankfully, she contacted an ambulance when she felt sick, and they rushed her to the hospital on time.

“Thank you so much, ma’am,” she cried when Mrs. Brooks informed her that she would be caring for the boys. “My husband died soon after my kids were born, so I look after them alone. I am an orphan, so I don’t have anyone to look after them.” 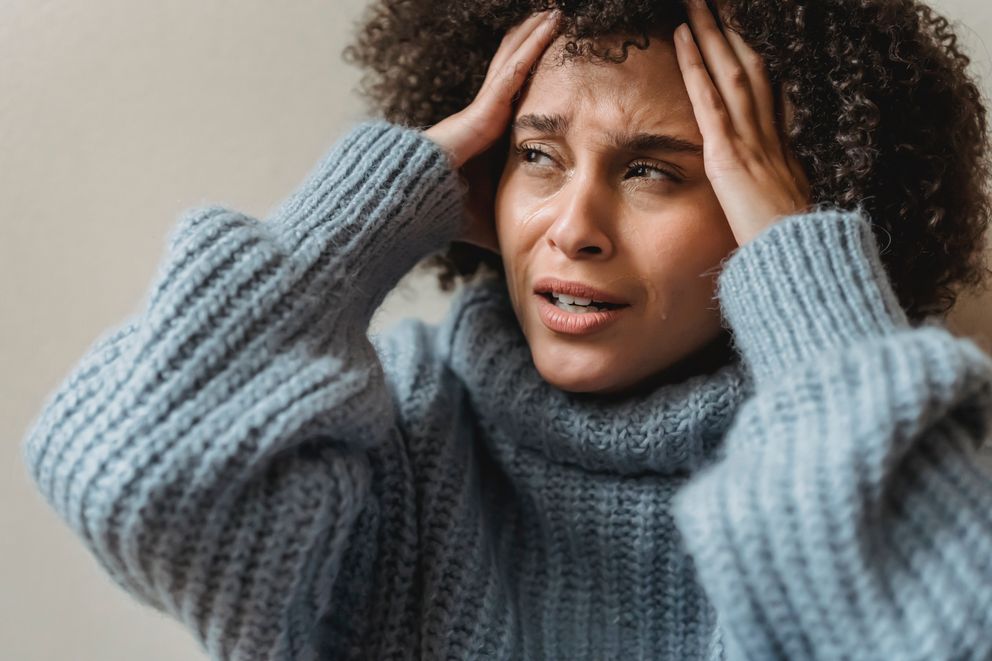 “But why didn’t you tell someone to look after them while you were away? Did you even know what condition they were in?”

“I’m sorry,” Shannon said as she burst into tears. “I was scared that if anyone found out how we’d been living, they’d contact social services, and I’d lose custody of my children. I know I can’t properly care for them, but they’re the only ones I have. I’m sorry.”

Mrs. Brooks comforted her with a hug. “Please don’t cry. It’s all right. I’ll look after them till you return. Just get better soon.”

“Thank you, Mrs. Brooks. The doctors have said I will get a discharge this week. But I don’t know how I’ll be able to return your favor. Thank you!”

“Do that by getting well soon and properly caring for your sons,” Mrs. Brooks said before departing.

Four days later, when Shannon returned home, Mrs. Brooks helped her clean the house and invited her home for dinner. There Shannon met Gilbert, Mrs. Brooks’ son, a property dealer. Mrs. Brooks suggested Gilbert could help Shannon with the house repairs, to which the young man agreed, and a few days later, he spent the whole day at Shannon’s house repairing it.

Gilbert was a widower with a son. His son got along well with Shannon’s triplets, and Gilbert and Shannon eventually fell in love. They later married in a church, and Mrs. Brooks became the grandmother of four beautiful grandkids. 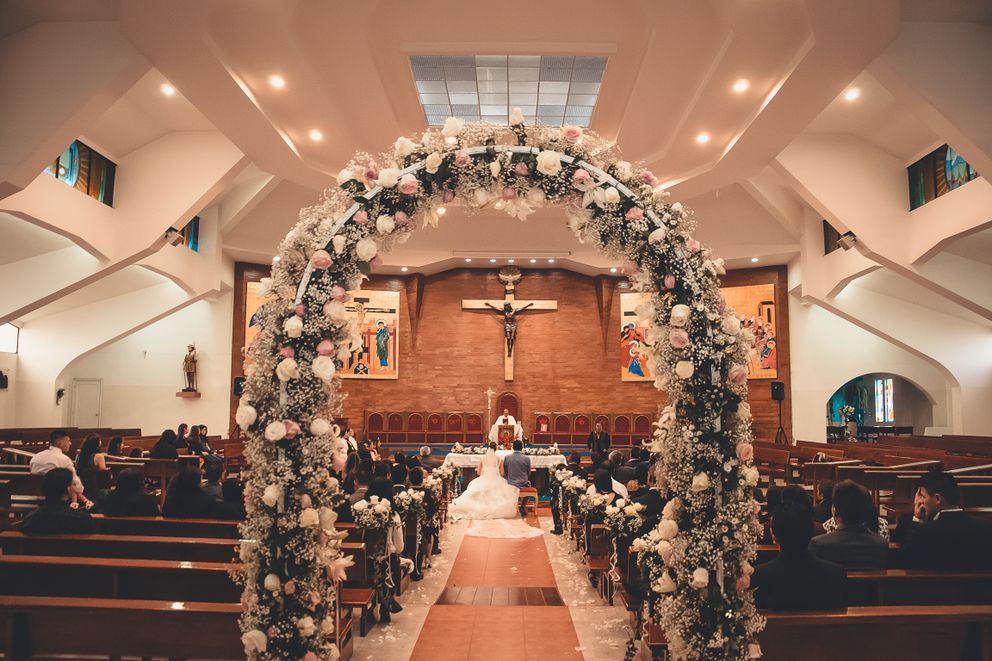 Everything that happens in life has a purpose. Mrs. Brooks met the triplets because they were destined to be her grandchildren.

Always help others in need. Mrs. Brooks couldn’t keep herself from helping the children when she saw they were mostly by themselves, unattended. Be like Mrs. Brooks!