Star of “The Facts of Life,” longtime voice of Scooby Doo’s Velma, Mindy Cohn, is 56 today. She went through many hardships in life, defeating even cancer, but she did not stop dreaming.

Veteran actress Mindy Cohn “accidentally” became an overnight television star as a teenager due to her appearance on the most popular 1979 American sitcom, “The Facts of Life,” which ran for nine seasons until 1988.

Pursuing a career in the performing arts never crossed young Cohn’s mind as she wanted to be a doctor growing up because she desired much to help in society and had a “knack” for it. 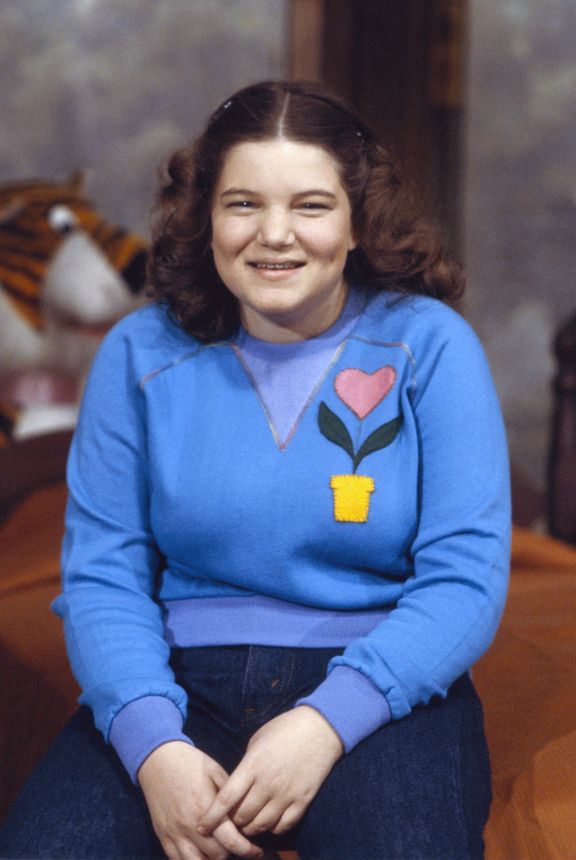 In the eighth grade, Cohn’s headmaster, Mr. Reynolds, walked into their classroom searching for students willing to participate in interviews set up by TV producers. They were about to film a sitcom set in an all-girls school and wanted their scripts to be as authentic as possible.

Cohn and her friends thought it would be fun to get a breath of fresh air away from class, so they raised their hands to show their interest and left the classroom with the headmaster heading to his office.

Once there, they found veteran actress Charlotte Rae and television producers Norman Lear and Alan Horn. The trio asked the girls “all sorts of girls’ school questions” for an hour, and they happily answered their questions while eating doughnuts. 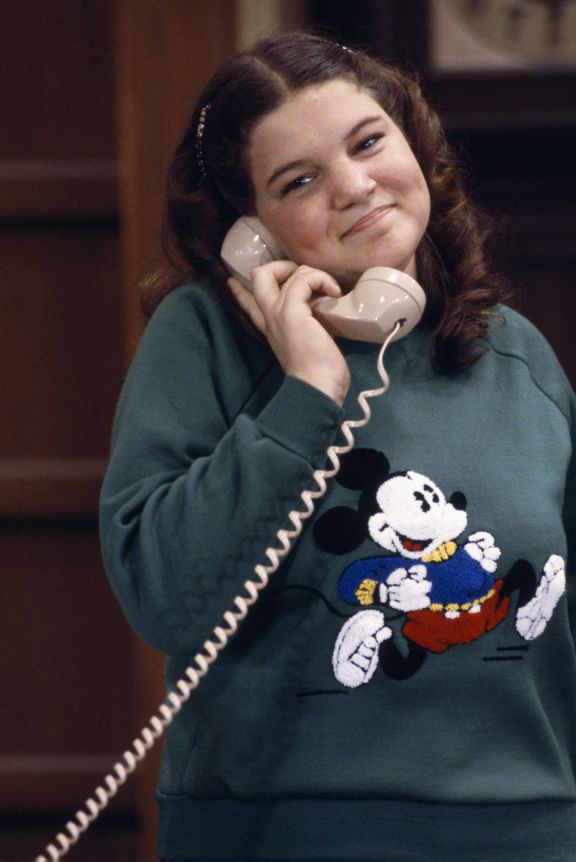 According to Cohn, that was supposed to be the end of their interaction. But it turns out the universe had other plans for her. The following day, Mr. Reynolds asked for her in his office, and she learned she had made quite an impression:

“It seemed that Charlotte Rae had fallen madly in love with me, in part because I reminded her of her best childhood friend, Natalie – and I was irresponsible, charming, and hilarious. So, she asked producers to create a part for me in the show.”

Taken aback by the offer, Cohn expressed enthusiasm at the idea and later discussed it with her mother over dinner – who then took a day off the next day to meet the producers with her. They told her they would only film four episodes that would be wrapped up at the end of summer.

Fortunately, Cohn and her mom agreed, and she accepted the offer of playing Natalie Green. She later reflected on that experience: “I think we made the right decision.”

When the show went on numerous breaks, Cohn decided to polish her acting skills, started attending several auditions, and eventually bagged guest roles. She appeared in a New York production of James Lapine’s play “Table Settings” and later in the movie, “The Boy Who Could Fly.”

“My ‘Sex, Drugs, and Rock and Roll’ years were more like ‘Hand-jobs, Cigarettes, and Hair-holding,’” she said, adding she worked “12-hour days” while underage and went to clubs, movie premieres, traveled worldwide, and had access backstage at concerts.

Cohn revealed that there had been those who cheered her on in showbusiness and connected her to available gigs. She auditioned for an anime role and began voicing the character of Velma in the animated series and franchise, “Scooby Doo.” She raved about the opportunity in 2013:

“I stepped into a billion dollar-industry that includes not only the weekly-animated series but also DVD movies and video games. I am now going on my 12th year as the voice of Velma. What a rarity.”

Cohn Is a Cancer Survivor

However, Cohn’s life has not always been smooth sailing. In 2012, she faced her biggest life obstacle yet. One morning, while taking a stroll in her Los Angeles neighborhood, she experienced sudden exhaustion. The Emmy Award nominee recalled that she struggled to reach her destination:

“I just couldn’t go anymore. […] So, I texted my friend Helen Hunt and said, ‘Something’s wrong with me. I need help.’”

Cohn went to see a doctor, and a scan showed something in her breast. She was soon biopsied and learned the heartbreaking news about her health:

“It was breast cancer. I kept that secret for a long time.”

For the next five years, the California native underwent a double mastectomy, chemotherapy, and radiation. Despite being optimistic about life, the ordeal took its toll on her, especially when it “metastasized” and “kept spreading and coming back.” Consequently, Cohn lost her patience with the battle:

She later decided to leave Hollywood to recover in the company of her close friends, Dr. Brent Ridge and Josh Kilmer-Purcell, lifestyle gurus best known for their reality show, “Beekman Boys.”

Cohn stayed with the duo on their 60-acre farm on the outskirts of Sharon Springs in New York and peacefully fought the disease until she fully recovered. The “Violet Tendencies” star is now cancer-free and has since returned to Hollywood.

She expressed excitement about returning to work and what the future holds for her acting career. “I’m feeling great. And I’m so ready to get back to working. I think I’m a good actress, and I have a lot to offer,” said Cohn.

She publicly revealed her cancer diagnosis at the farm with her pals and stated she needed to go down there to work on her recovery. Being in Sharon Springs created an escape for Cohn, who only wanted to focus solely on her health, adding that she could “heal” there “because it was away from everything.”

She still kept herself busy while in the countryside. She happily helped care for 113 goats and cleaned, including stocking up “shelves,” Kilmer-Purcell explained to People in October 2017, adding:

“She’d go out and feed the chickens on the farm. She liked to keep busy.”

Ridge added that he would be wondering where she was on the property and that by looking through the window, he would “see her working in the garden.”

Cohn’s Current Life
Now that her cancer is in remission, Cohn’s life seems back to normal. She voiced Velma on the “What’s New, Scooby-Doo” reboot, including other voice and acting gigs.

Cohn has an online presence and is active on both Twitter and Instagram. She also planned a trip to Mount Machu Picchu with Ridge and Kilmer-Purcell in 2023.

Apart from work and planning trips, Cohn is reportedly a single woman who has never been married or had kids. However, she has expressed her desire to get married one day and hopefully start a family, which has always been her dream.

Moreover, the “A Nice Girl Like You” star once shared hard facts about her life and revealed that she does not take drugs, nor is she indebted.