Hollywood A-lister Whoopi Goldberg faced backlash after using vulgarity during a live show on “The View.” Following a few other instances, the TV show’s viewers petitioned to have her fired while other fans defended her stance, threatening to stop watching the long-running ABC talk show.

Per The Sun and the Daily Mail, “The View” fans demanded “out of touch” Whoopi Goldberg be fired for “going full-on nuts” live on air and saying a foul word.

During a segment on parenting, the TV host used a curse word to emphasize that sometimes parents need to be ruthless to do what they have to do. 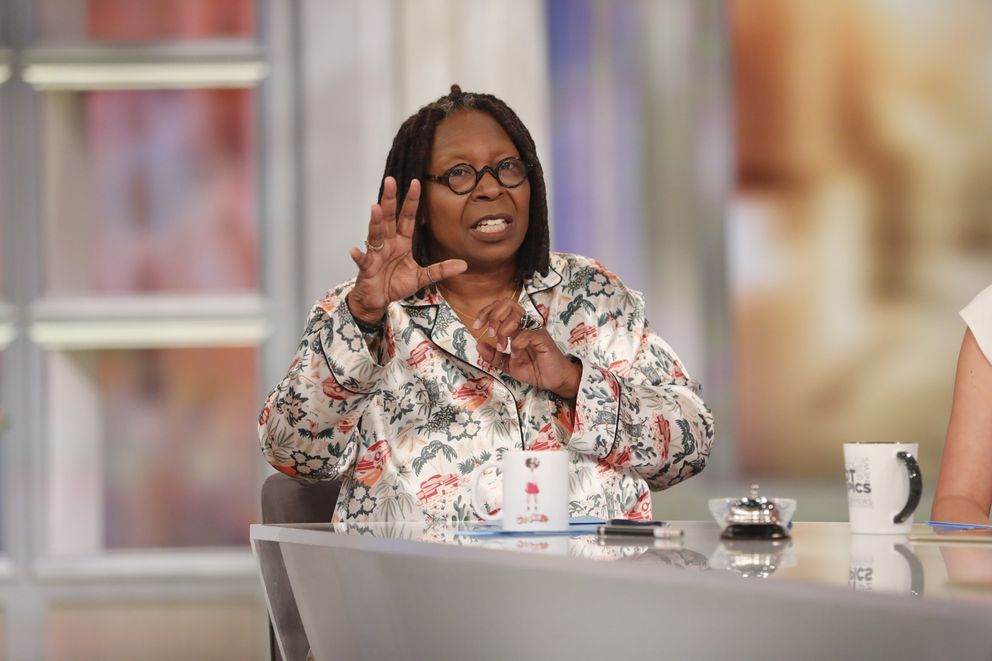 Viewers took to social media to comment on the foul language used by Goldberg live on national television, writing that one day, chaos would erupt if she did not get a chance to have a say.

“I have a feeling someone will not let her interject one day, which will cause Whoopi to go full-on nuts, honestly. She has gotten exponentially worse this season, so I hope next time contract negotiations are up, it’s time to go or work less days.”

Another user agreed and said: “Completely agree about Whoopi. She shuts down any opinion she disagrees with. While one person stated that she was uninformed:

The jaw-dropping statement from Goldberg happens to be one of her most shocking remarks on the daytime show. In February 2022, the actress said, “The Holocaust was not about race” but was “about man’s inhumanity to man.”

She explained that because it involved two white races, it should not be considered racist: “These are two white groups of people. The minute you turn it into race, it goes down this alley. Let’s talk about it for what it is. It’s how people treat each other. It doesn’t matter if you’re Black or white Jews; it’s each other.”

Another on-air blunder was when she blasted her co-hosts, Sunny Hostin, Ana Navarro, Joy Behar, and Sara Haines, during a segment about gun violence in the US.

The comedian wanted to go to a commercial break when Hostin wanted to add something, leading three more ladies to chime into the conversation. Goldberg became annoyed and cut them all off, telling the women that she had had enough of their opinions:

The moderator took the show to commercial, then turned to the live-studio audience and demanded them to “clap now,” leaving the viewers stunned. One fan tweeted: “What was that? You can clap?”

Whoopi Goldberg I’m hearing that there is petition to fire Whoopi, why? You never request for Meghan McCain to be fired and was the worst. Whoopi is doing her job giving her view and that is the job of the host; just bc you don’t agree is no reason to fire someone. The truth 😩

Though Goldberg has gotten away with some controversial comments in the past, she experienced the wrath of viewers after the Holocaust debacle. Consequently, the New York native was suspended for two weeks by ABC News president Kim Godwin, who released a statement announcing her suspension in February 2022:

“Effective immediately, I am suspending Whoopi Goldberg for two weeks for her wrongful and hurtful comments. While Whoopi has apologized, I’ve asked her to take time to reflect and learn about the impact of her comments.”

Fans also took a stand against Goldberg by petitioning for her removal from “The View.” Via Change.org, signatures have reached more than 46,000 as of this writing, with a goal of 50,000.

The statement on the platform touched on the numerous remarks Goldberg had previously made but that the Holocaust scandal was the last straw, calling it “disgusting.” Fans made it known that her apology was futile as what she stated could never be erased from people’s minds:

“We as Americans demand that she be fired from the daytime TV show, “The View,” for her repulsive verbiage and actions.”

After other fans learned that some people were lobbying to get Goldberg fired from the show for her parenting remarks, they quickly came to her defense on Twitter. One user expressed shock that the EGOT entertainer came under fire for using the curse word on TV, dubbing the naysayers as “prudes.”

Another shared the same sentiments explaining that Goldberg merely said parents needed to be stricter and not suck up to their children all the time. The individual noted that because the “Sister Act” star is a celebrity, it does not mean she should be less frustrated than any other American. Meanwhile, one person wrote that the call for her exit was too extreme:

“@The View, I know each host has a few bad moments, but this petition to fire @WhoopiGoldberg is seriously ridiculous. If you ever take Whoopi off the show, you can call this THE END. I love #TheView but fix this issue. Millions will stop watching if you lose her.”

One other viewer said Goldberg was correct in saying parents needed to be brutal when coming to their kids; otherwise, they would “walk all over you.”

As a television host of “The View,” Goldberg has ruffled feathers during her stint. Even Britain’s Royal Family has been on her radar.

In March 2022, the “Ghost” star called on The Firm to apologize for their colonial past. She insisted that the sovereign could not “ignore the fact that Britain ran roughshod over India for years.”

>> RELATED STORY – Prince Harry Wants to Make Sure Queen Is ‘Protected’ While He Lives in America Where He Calls His ‘Home’ Now
Goldberg was discussing Prince William and Kate Middleton’s tour of the Caribbean on “The View” when she slammed the monarchy.

The author said the modern Royal Family needed to apologize for its imperial past and links to slavery, adding it had to take accountability for its colonial history.

In contrast, she also commended the monarchy, saying it was keeping up with the times when King Charles III traveled to Barbados to attend a ceremony marking the end of the royal rule over the Caribbean Island.

Moreover, Goldberg previously hinted that she had a close relationship with Prince Harry and expressed sympathy when his wife Meghan Markle revealed the hardships she went through as a senior royal member. The TV personality said watching the Sussexes’ televised interview with Oprah Winfrey was “tough.”

From the beginning, she was jubilant when news of Markle’s engagement to the prince made international headlines in 2017, praising her for being the first biracial American to become royal in the UK.