Farmer Gets Fed-up With Cars Parking On His Land, Fires Up His Tractor

A farmer was fed-up with people using his private land to park their cars, so he came up with a solution they couldn’t ignore after they failed to obey his requests for them to stop. All he needed for his brilliant revenge was his trusty tractor, so he hopped on and “got to work.” But, did he go too far? You decide. 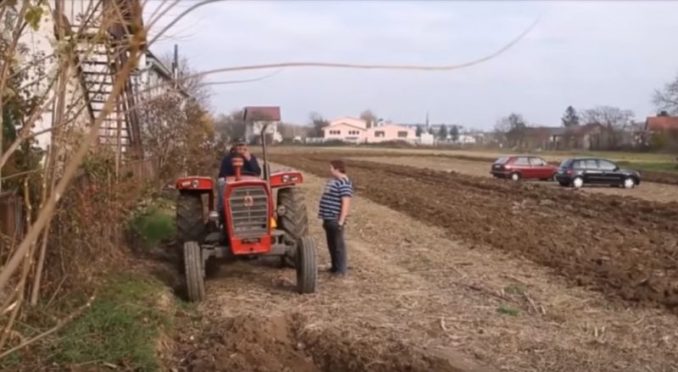 Pavao Bedekovic is a Croatian farmer, and he works hard and wants the respect he deserves. That includes respect for his farmland, which is something he definitely wasn’t getting. Instead, he was being inconvenienced as his property was being used as a makeshift parking lot, according to Metro.

Although his large farm is rather secluded, a popular flea market is often held nearby on Sundays and regularly attracted the public to the area. Many vendors and visitors, often driving in from other towns or cities, decided Pavao’s property made for a great place to park. Of course, they pulled their vehicles onto his land without his permission, something the farmer didn’t like one bit. 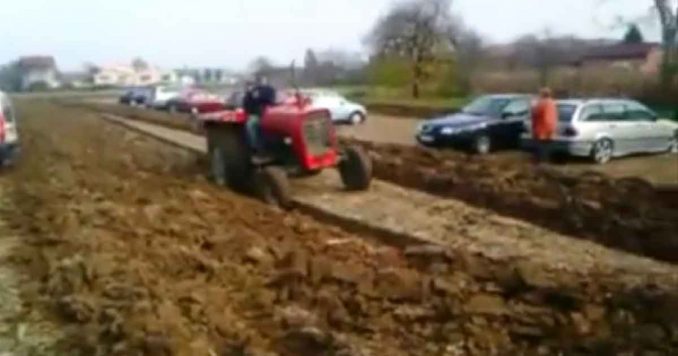 Trying to be neighborly, he politely asked drivers repeatedly not to use his private land as a parking lot, but ignoring his pleas, they continued to park there each Sunday as they visited the local market.

Week after week, Pavao asked the public to park elsewhere, but it seemed no one would listen. That’s when he decided to teach them a lesson about trespassing on private property, and it’s safe to say it was one they will never forget. 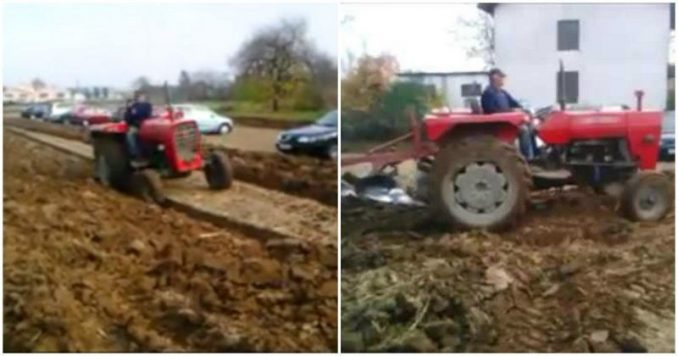 After being ignored, the fed-up farmer felt he had to escalate the matter to get his point across. And, that he did. Plowing the soil with his farm equipment, Pavao created a long trench between the two stretches of cars parked on his land, making it impossible for the cars to get out and head on their way after their visit.

Yes, he actually went to work to prepare his field for corn and plowed the field around the vehicles, wrongfully parked on his land, so they couldn’t easily escape. Luckily for us, it was all caught on video.

His solution was as creative as it was brilliant, but some suggested he went too far. In fact, as cars struggled to get out, it wasn’t long before he was reported to the police as some drivers tried to claim there was damage to their vehicles, according to The Blaze.

However, since it was his private land and no longterm damage could be found to the cars, authorities could do little about it and basically told the drivers that it was their own fault they were in the predicament they were in, Wide Open Country reported. 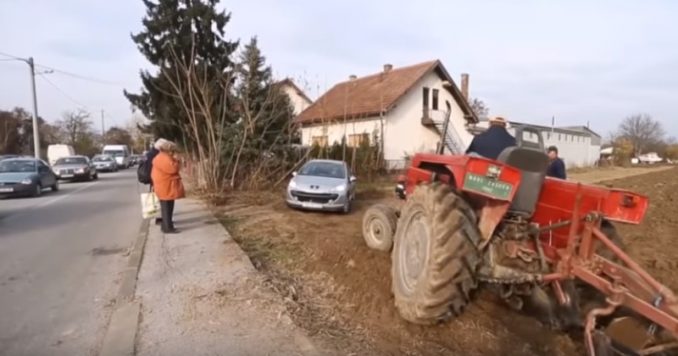 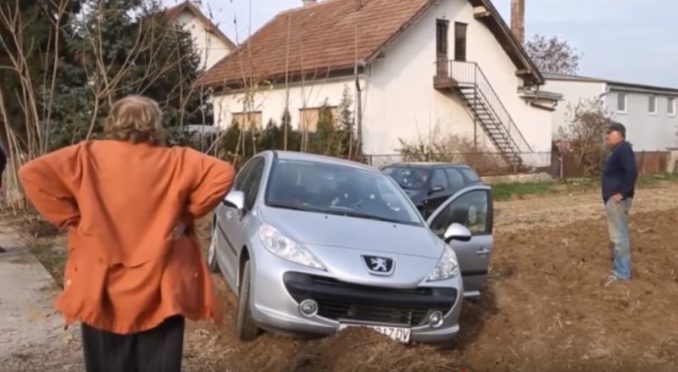 Of course, the aftermath was all caught on camera too, making the fed-up farmer’s revenge all the better as supportive viewers get a firsthand look at the result of his perfect plan to send a message to the rude drivers who disrespected his wishes and his property.

It’s clear that the drivers suddenly understood what it was like to be inconvenienced as they get stuck in the dirt while trying to escape the farmer’s clever trap. Proving the kind of guy he really is, though, Pavao eventually stepped up to help them get out.

After struggling to get free from the land that they shouldn’t have been on, to begin with, I think it’s safe to say these people won’t park there again. In fact, they will probably think twice before parking anywhere they don’t belong ever again. Pavao’s actions may seem a little over the top, but can you really blame him? He first asked nicely, after all.

Nagging at others is never fun, and I think all of us can relate to what this farmer was feeling after his requests were repeatedly ignored. If only people would listen the first time, others wouldn’t be forced to take extreme measures to get their point across. The bottom line is, this is his land and had the rude drivers not trespassed on it, they wouldn’t have ended up stuck in a bad situation — literally.