Parents have the responsibility and ability to discipline their children when they cross the line and to teach them not to do so. However, strangers are forced to receive this disrespect. It is not socially acceptable to discipline children who are not your own. This creates awkward scenarios where adults have to accept when random children are being rude or annoying.

This is especially difficult for adults who are supposed to be in a position of leadership such as teachers. Even though parents should handle these incidents, some simply allow their children to be disrespectful.

Teachers often find themselves in this exact scenario every day. This is especially difficult to handle in an occupation that is already underpaid and under-appreciated. One teacher in Texas was especially frustrated by some of her students and their enabling parents.

She became so infuriated that one incident drove her to quit the profession altogether. She took to Facebook to describe one particular scenario that became her last straw. In her post, Julie Marburger described the incident where a mother became upset because her son was held accountable for his bad behavior. The parent scolded Marburger in front of the student.

While teachers are responsible for teaching children during the day, parents are in charge of everything else. Common decency, respect, and other normal behaviors should be taught by the parents, allowing children to be taught by their teachers. Teachers should only have to deal with the occasional sign of disrespect and minor annoyances that children will inevitably exhibit.

The teacher’s response instantly went viral, sparking an essential conversation about respect, discipline and parenting. It’s a topic that many other teachers found themselves relating to, and it also helped teach some parents an important lesson. 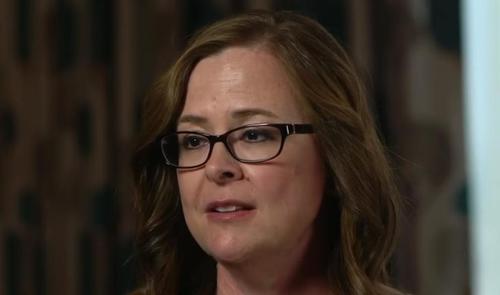 Turning to social media, Marburger shared her frustrations regarding her profession as a teacher – and how hard it was dealing with particular students and their parents.

Marburger included a series of disturbing photos to her Facebook that shows the conditions in which she has to teach every day. The photos show textbooks that were torn to shreds, bookshelves that were destroyed, a messy floor, and a wad of gum on the window sill. As Marburger was provided no classroom budget, all of the destroyed items were purchased with her personal budget, according to Good Morning America.

She said that she was done tolerating a host of unacceptable behavior and was “drawing a line in the sand.” Marburger continued to explain that nearly half of her class was failing due to missing assignments.

The teacher wrote, “I have already made the decision to leave teaching at the end of this year, and today, I don’t know if I will make it even that long. Parents have become far too disrespectful, and their children are even worse.” She added:

“People absolutely HAVE to stop coddling and enabling their children. It’s a problem that’s going to spread through our society like wildfire. It’s not fair to society, and more importantly, is not fair to the children to teach them this is OK. It will not serve them towards a successful and happy life.”

Marburger isn’t alone in her sentiments.

“I have had responses from people literally all over the world,” she said. The teacher continued, “I was worried after this kind of blew up all over Facebook that people would be offended by it, and what I found is that I’m getting more support now.” 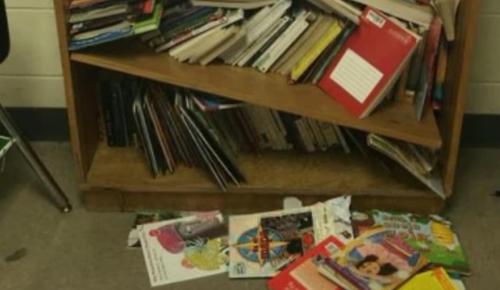 “I never intended to be a spokesperson for anything. I’m not the most qualified to do so, and I’m certainly not the best teacher out there, by far. But obviously my words, spoken in desperation that day, have struck a chord with many people.”

While Marburger also pointed out that she had several “amazing, hard-working, respectful” students, she still believed that more work needed to be done in order to make the schooling environment better for everyone involved – especially teachers.

“The education system as we know it needs reform,” she said. “It is broken and inadequate for our children.” Marburger also said that children should be held to a “higher standard of accountability in all areas.”

According to Good Morning America, many educators from all over have made their voices heard regarding qualms in the workplace. Teachers in a variety of states within the US called for higher pay, with many of them going on strike to further amplify their voices. Ericka Souter – editor of a parenting website – said:

“We’re overworked. Some of us are juggling multiple kids, multiple jobs. It’s easy to say, ‘This is the teacher’s responsibility. This is their job those eight hours during the day,’ but that’s not how it works.”

Marburger’s post has continued to spark conversation over the past few years. The teacher pointed out:

“We as a society have to get back to treating one another with manners and respect. We are only going downhill with hatred and name-calling. No one wins when kindness dies.”

Teachers are becoming frustrated with how parents are coddling their children and preventing them from having a meaningful experience in school. What are your thoughts on this? Let us know, and be sure to send this to your loved ones.