Florida Man Swims Half a Mile to Save Disabled Mom, 84, from Death in Waterlogged Home

When a man received a phone call from his mother, he could tell from her panicked tone that she was in trouble. Knowing he was the only one who could help her, he sprang into action, saving the day like a real-life Aquaman.

Parents love their children wholeheartedly and dedicate their lives to ensuring their safety. Even the mere thought of something happening to their little ones can be a parent’s worst nightmare, and they would go to the ends of the earth to protect their kids.

A parent’s undying love and unwavering devotion always remain constant for their kids. But sometimes, our beloved moms and dads can be in situations where they need us more than anything or anyone. Something similar played out in today’s story.

Johnny Lauder lived in East Naples, Florida, with his family. His oldest son had a home there, and so did his mother, Karen Lauder. When Hurricane Ian slammed Florida’s west coast on Wednesday, September 28, hundreds of people, including Johnny’s family, were impacted.

He documented his harrowing journey for his family, who were deeply concerned for him.

The Initial forecasts had predicted the hurricane would hit the Tampa Bay region, but on the afternoon of Tuesday, September 27, it moved south. 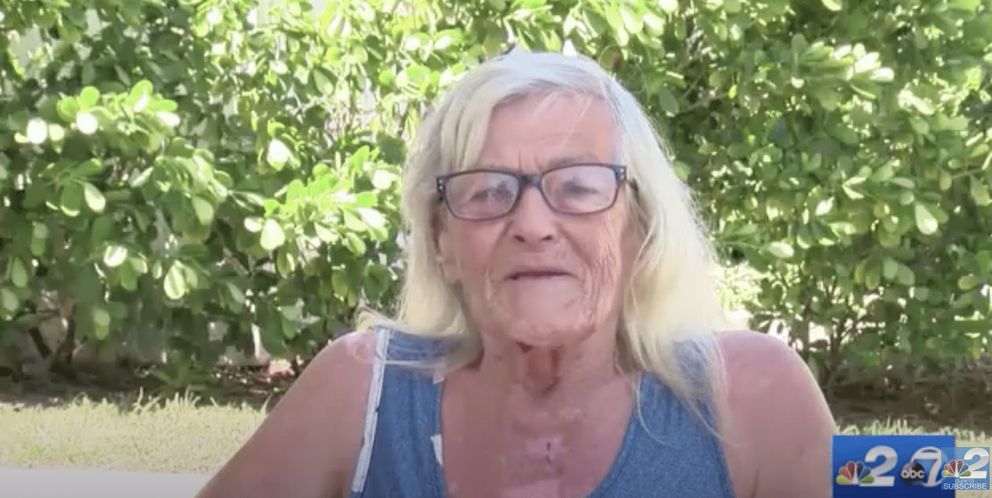 The following day, Ian made landfall in southwest Florida as a Category four storm, disrupting power lines, flooding houses, and submerging entire neighborhoods. As the monster storm raged in Naples, it left the downtown area appearing like Atlantis, said Johnny.

As the storm grew stronger, Johnny said he asked his mom to evacuate, but she was reluctant to do so. He recounted:

“She’s a very stubborn 84-year-old woman. And she said, ‘You’re not taking me anywhere. I won’t have any privacy. I’m staying home.’”

After Hurricane Ian slammed into Florida’s west coast, a Naples man trekked through nearly half a mile of floodwater to save his 85-year-old mother https://t.co/jNabOMW8I7

Johnny noted that his mom told him she would brave Ian in her home while he sheltered at his son’s house a few blocks away. When Ian arrived, things didn’t seem so bad at first, but when Johnny looked through the windows, he saw the roads inundated and looking like an aquarium.

When the water began gushing inside his son’s home, Johnny decided to do something. He helped his two sons, his boy’s girlfriend, and their pets take shelter in the attic. Shortly afterward, he received a call from his mother.

Karen told her son in an anxious tone that the water was up to her chest. Johnny knew he was the only one who could help. When floods or intense storms slam an area, forecasters advise people not to swim through the waters because of multiple perils potentially hidden under the surface.

However, after receiving his mother’s panicked call, Johhny said he ignored all warnings and decided to help Karen, a double amputee, trapped inside her home. He recollected:

“That’s when I knew I had to bounce. So I jumped out of the window and began wading through the water.”

Johnny, a former Chicago cop and rescue diver, said he was ready to do anything to save his mom’s life. So, he began swimming in the neck-deep and fast-moving waters, covering the half-mile distance as fast as he could, not once fearing for his own life.

Time Was of the Essence

The Naples resident shared that moving upstream through the water was incredibly challenging. He documented his harrowing journey for his family, who were deeply concerned for him. Johnny told Inside Edition:

“I knew I didn’t have much time because the water kept coming up faster.”

But amid the darkness, Johnny saw a ray of light when he found a life jacket and a kneeboard along the way. Eventually, Johnny succeeded in moving through the river-like streets and reached his mom’s house, where he noted that the water was up to the windows. He shared:

“She was the happiest she’s ever been to see me.”

#IANRECOVERY “Who wouldn’t go for their mom?”

A remarkable story coming out of Naples today… a son swims through the 4-foot storm surge to rescue his wheelchair bound mother. Coming up at 6 @NBC2 @ABC7SWFL pic.twitter.com/80eWDBwNh4

A Sigh of Relief

Johnny couldn’t believe what he saw. His mom’s house was flooded with over four feet of deep water, and everything was floating around, including the furniture, souvenirs, and papers. Then, he noticed his mom drenched and shivering like a Chihuahua. He told CNN:

Karen was reportedly up to her chin in water from the storm surge when Johnny reached her. Soon afterward, the 49-year-old former cop used dry sheets to keep his mother warm, knowing from his years of service that she showed signs of hypothermia. 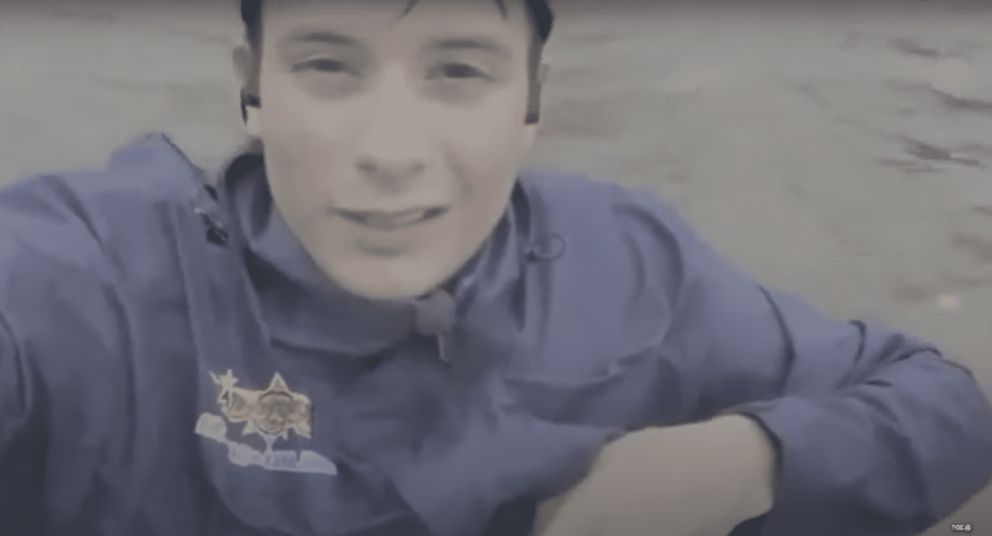 When the water receded, Johnny’s youngest son, Xavier Lauder, showed up, and together, the pair helped wheel Karen to safety. During that time, Johnny said he helped take his mother’s neighbor to a hotel and asked his son to get his grandmother home safely. A teary-eyed Johnny expressed:

“I’ve never seen her more happy to see me. [The water] was already up to her chin, anymore and if I would have been a half hour later my… she wouldn’t be here.”

The next day, Karen was taken to the hospital and treated for a bacterial infection. The Lauders said they lost two homes, nearly all of their belongings, and cars. But Johnny stated that what mattered the most to him was that he had his family. He added: 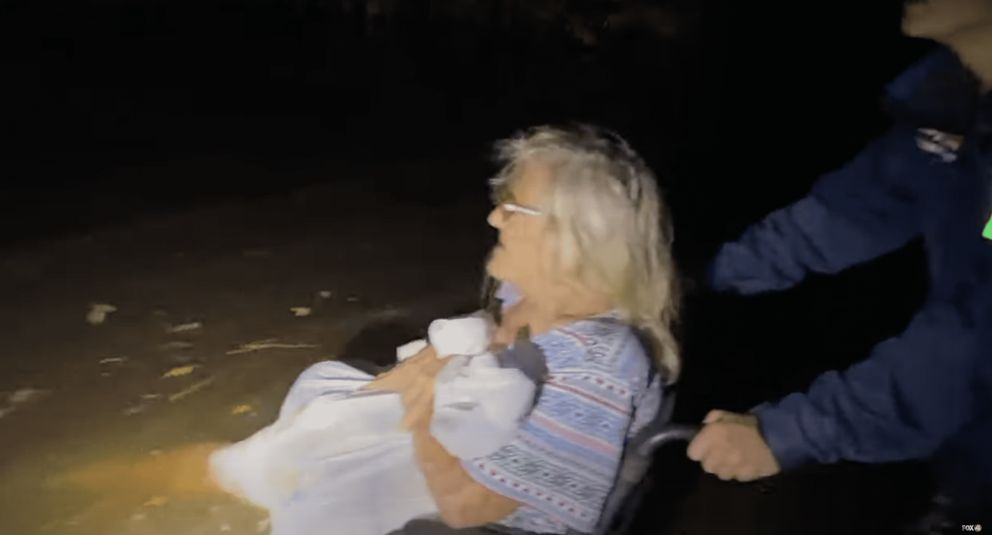 Johnny’s sister-in-law, Cassandra Clark, has created a crowdfunding page to help the Lauders rebuild everything they’ve lost. As of October 4, over $15,000 have been raised, surpassing the $2,500 goal. Cassandra wrote:

“Our family in Naples, FL has just lost everything from the storm surge, hurricane winds, and massive flooding. 100% of the funds raised will be directly deposited into our nephew Xavier’s account to get the family a safe place to sleep, food, and basic supplies to get them through the next few weeks.”

Clark said her family didn’t have renter’s insurance and needed their community’s help to stand on their feet. Johnny and his entire family thanked everyone for their outpour of love and support and mentioned:

“And that’s my mom. I would’ve done it for anybody’s mom or anyone else in that situation. You know, that’s what you’re supposed to do.”

When asked if he would ever jump to rescue his mom again, Johnny replied, “I would do it again in a heartbeat.” We are relieved and happy to know that Johnny was able to save his beloved mom heroically.

Thank you, Johnny, for turning into a real-life Aquaman and ensuring your loved ones’ safety. Your family and friends are lucky to know someone like you. Our prayers are with all who have been impacted by this deadly storm.