For 10 Years Old Man Sits on a Chair by the Sea Daily, One Day Two Boys See the Chair Empty – Story of the Day

Two brothers would see an old man sitting by the sea every day on the same chair. One day, they were bothered when they found the chair empty and decided to find out why.

Adam, 8, and Peter, 10, visited the seaside with their mom Alice every day. They would walk together along the shore, enjoying the sea breeze.

Every single day, they would come across an old man who would sit motionlessly on a chair, watching the waves. “Mom, is that man okay?” Adam asked one day.

“He is, sweetheart. He just likes to be alone. People have tried to talk to him, but he always just tries to avoid people. Let’s not bother him,” Alice replied.

The brothers couldn’t help but feel drawn towards the old man. They were curious as to why he would sit motionlessly on the same chair every day.

One day, they thought of a plan to approach him. While playing catch, they threw the frisbee in his direction so that they could come closer. When they ran up and apologized, the old man said, “You threw it here on purpose. I know you did… You,” he said, pointing at Adam, “you are great at throwing. And you,” the old man smiled, pointing at Peter, “are great at catching. So I know this was not an accident.”

The brothers’ eyes widened in shock. They didn’t know that the old man had been observing them, too.

For some reason, despite Alice knowing that the man didn’t talk to other people, he indulged the two boys in a long conversation. After they introduced one another, Peter finally asked the question they’ve been longing to ask: “Sir, why do you sit out here every day and watch the sea?”

“Well, I am here waiting for my brother. I have been waiting here for 10 years,” he responded. Adam and Peter looked at each other, confused.

“We were in the army together and were separated and sent to different countries. This happened a long time ago. When we last saw each other, we promised to meet at the same place, right here, where we constantly used to walk with our mother,” the old man explained. 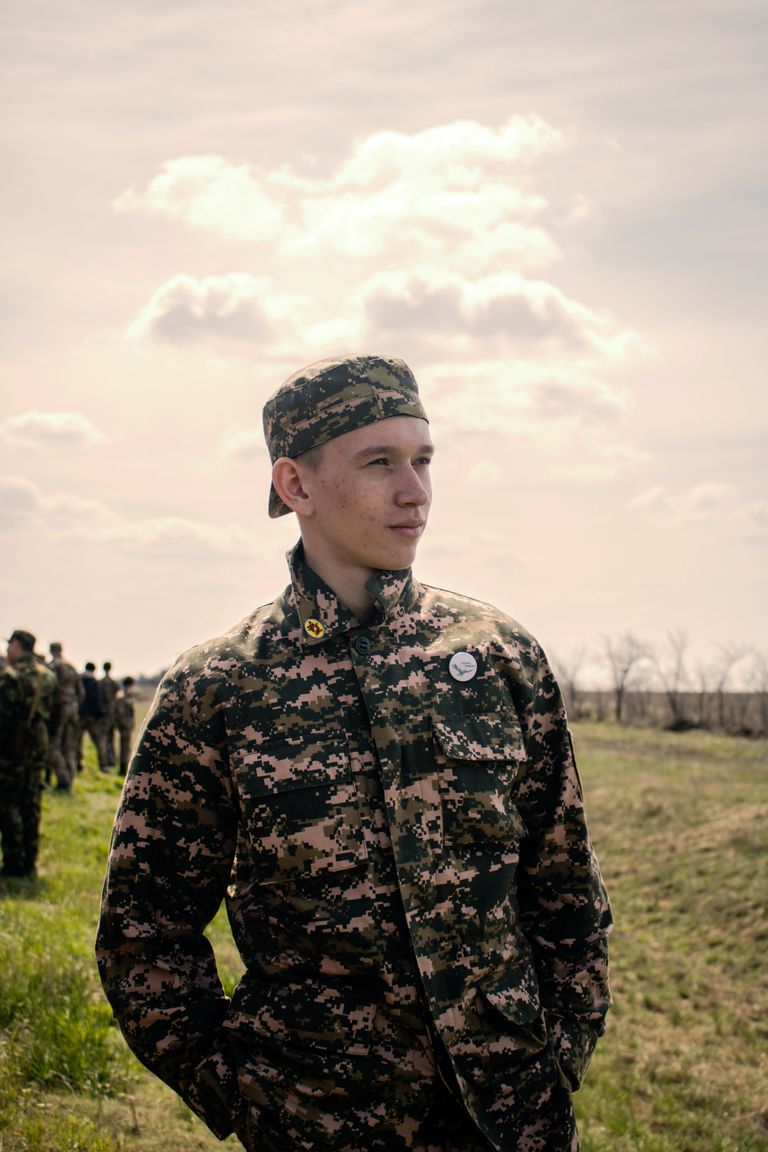 “You wait for your brother every day?” Adam asked. “How do you know he’s still coming?” he asked. The old man smiled at Adam’s innocence.

“That’s the thing. I don’t know if he’s coming. I used to come, years ago, but my work transferred me to another city. Now, for the past 10 years of living here, I’ve been coming daily. They gave me his army dog tag, but they never found him. He is still missing,” he said, taking his brother’s dog tag out of his pocket.

Adam and Peter were sitting beside each other at that moment. The old man patted their heads and said, “That’s why you must take care of each other, boys. Brotherly love is the greatest strength in the world.”

After sharing his story, the old man introduced himself as Walter Bridgeton. The boys enjoyed his company that ever since that day, they would make it a point to spend time with him, bringing sandwiches and drinks. They would spend the afternoons talking and listening to each other’s stories. 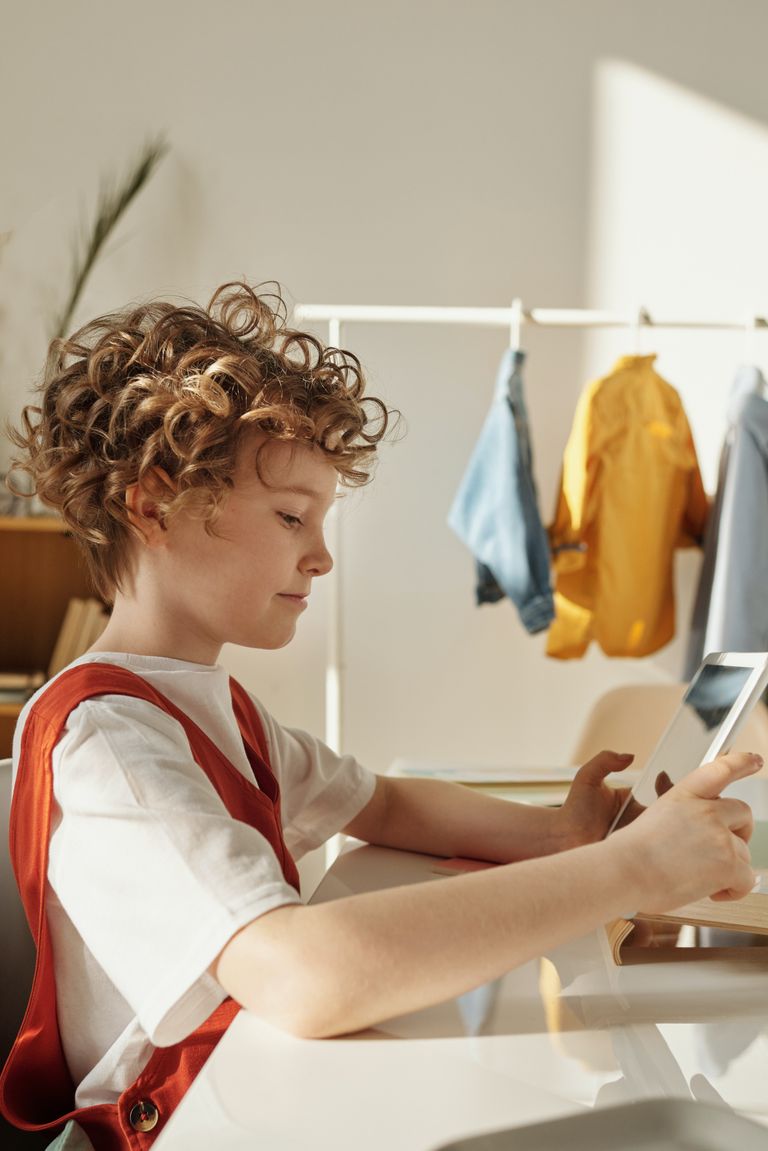 One day, Walter and the brothers were surprised to see each other walking in the same direction while on the way home. “We live near each other!” Peter exclaimed. Walter couldn’t help but smile.

“I guess we do, sweet boy,” Walter said, waving before he entered his house.

The two boys felt extremely close to Walter already, after days of talking to him. They were so moved by Walter’s story that they decided to use social media to spread it, hoping to find his brother.

One day, they went to the beach to find him and tell him about what they did. But when they got there, he was not at his usual spot. “He comes here every day! Every single day! Why isn’t he here?” Adam asked his mom.

“This can’t be. Something must have happened to him. We need to go to his house,” Peter said. At that, Alice allowed them to check Walter’s house by accompanying them there. 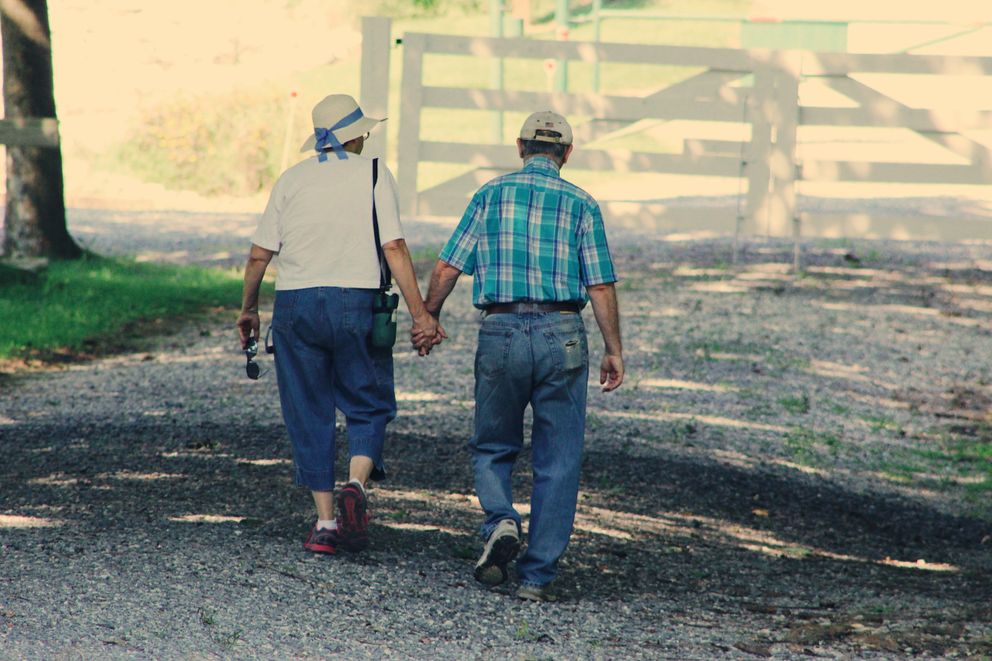 When they got there, they knocked. After a couple of seconds, Walter opened the door. The boys exhaled with relief. “Walter! Why didn’t you come to the beach today? Have you given up?” Adam asked him. Walter was smiling. Behind him stood a man who looked exactly like him.

The two boys were taken by surprise when the man suddenly shouted, “IT’S THEM! THOSE TWO BOYS POSTED ON THE INTERNET! I RECOGNIZED THEM RIGHT AWAY!”

Walter’s brother, James, found him thanks to the publication that Adam and Peter had put up. Walter smiled and hugged the two boys. “Thank you for finding my brother after forty-four long years,” he said, giving them both hugs.

It turns out that James was injured at the battle he was in, and he ended up losing his memory. He was sent back to the US, where he was diagnosed with dissociative amnesia caused by the overwhelming stress brought about by the war. 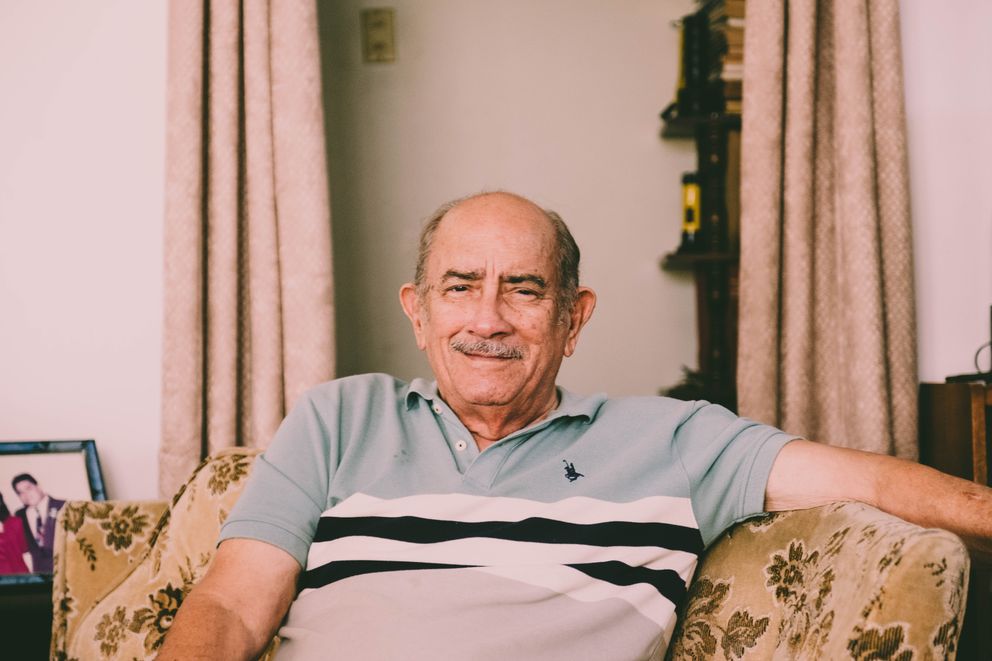 “I was told I would likely regain my memory either slowly, or all at once. In the past few decades, I slowly started to remember things like my first name, the fact that I lived in California, but nothing conclusive enough to bring back my old life,” James explained.

“Then one day, I was looking through the internet when I saw a post by these two sweet boys. It had a photo of you, Walter, and I suddenly remembered you and our brotherhood. I just knew we were brothers. I made my way to the address they posted right away,” he added.

At that, Walter and James took out their army dog tags from their pockets and handed one each to Adam and Peter. “We no longer need this. Because of you, we’ve found each other again. These are yours now. May it be a reminder to always take care of each other,” Walter said.

As they lived near each other, Adam and Peter would always visit Walter and James, who ended up moving in with his brother.

Keeping the faith can be rewarding. Every day, Walter hoped that his brother would show up. One day, after choosing to share his story with Adam and Peter, his brother eventually showed up.
The most unexpected relationships can mean the most. Adam and Peter never thought they’d get close to Walter, but when they did, and it brought about life-changing memories for everyone.
Share this story with your loved ones. It might inspire them and make their day.