Former NFL star Peyton Hillis has been hospitalized after heroically rescuing his children from drowning in the ocean according to a Fox News report. 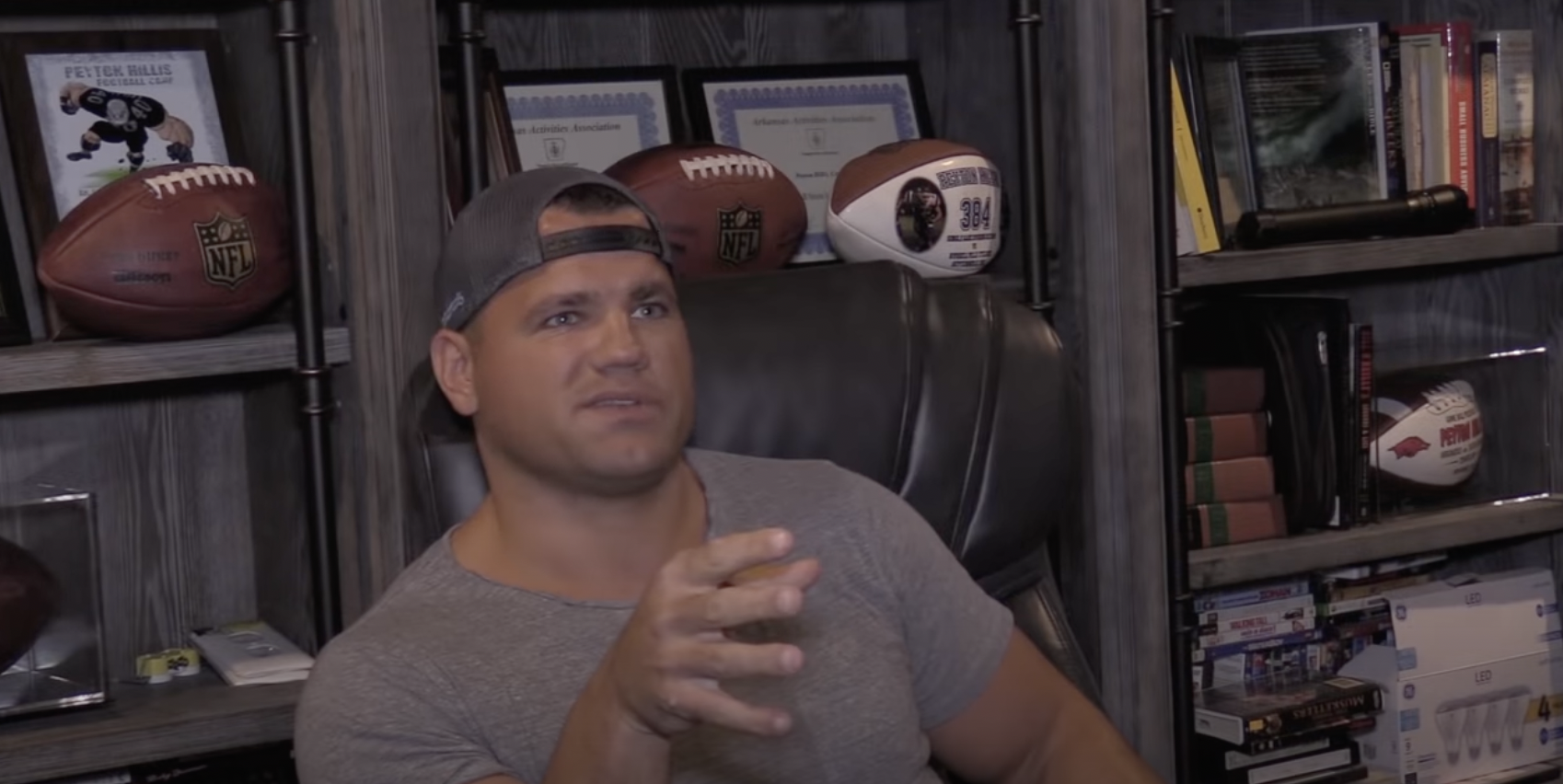 Hillis, who is known for having appeared on the cover Madden NFL 12 back in 2012, is currently alive but still in “critical condition” according to relatives. Greg Hillis, Peyton’s uncle, posted to his personal Facebook page an update on his nephew’s condition on Wednesday saying that despite how things currently appear, the former athlete is making a degree of progress.

“I just wanted to let everyone know on Razorback Nation that Peyton is doing better,” posted Greg Hillis. 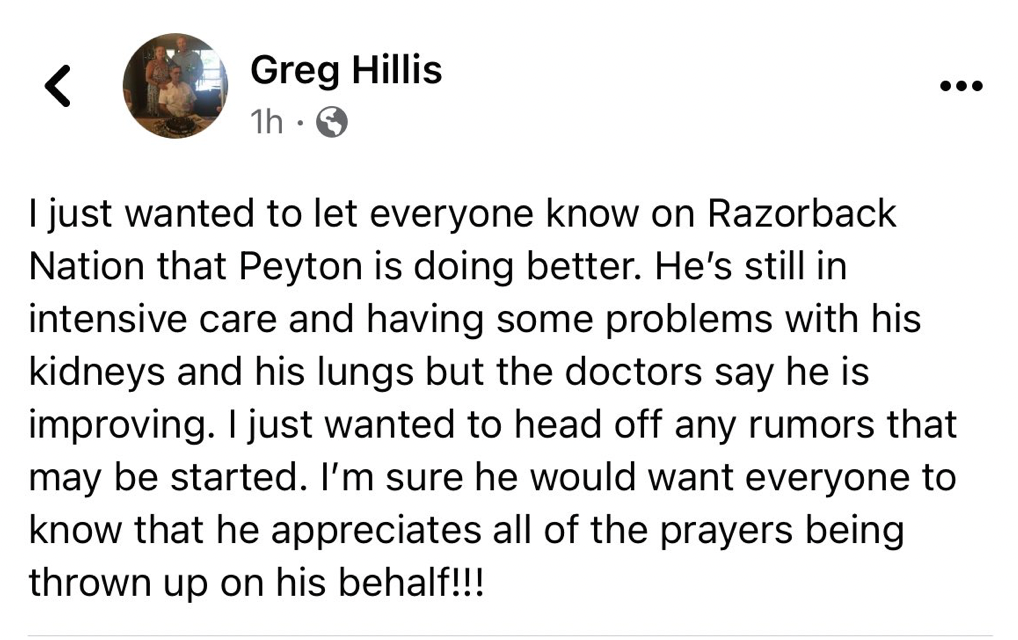 “He’s still in intensive care and having some problems with his kidneys and his lunch but the doctors say he is improving,” he continued. “I just wanted to head off any rumors that may be started. I’m sure he would want everyone to know that he appreciates all of the prayers being thrown up on his behalf!!!”

Fox24 reporter Alyssa Orange posted to Twitter additional details regarding the incident which sent Hillis to the ICU, confirming that the incident occurred in Pensacola, Florida and that at the time, he was unconscious. 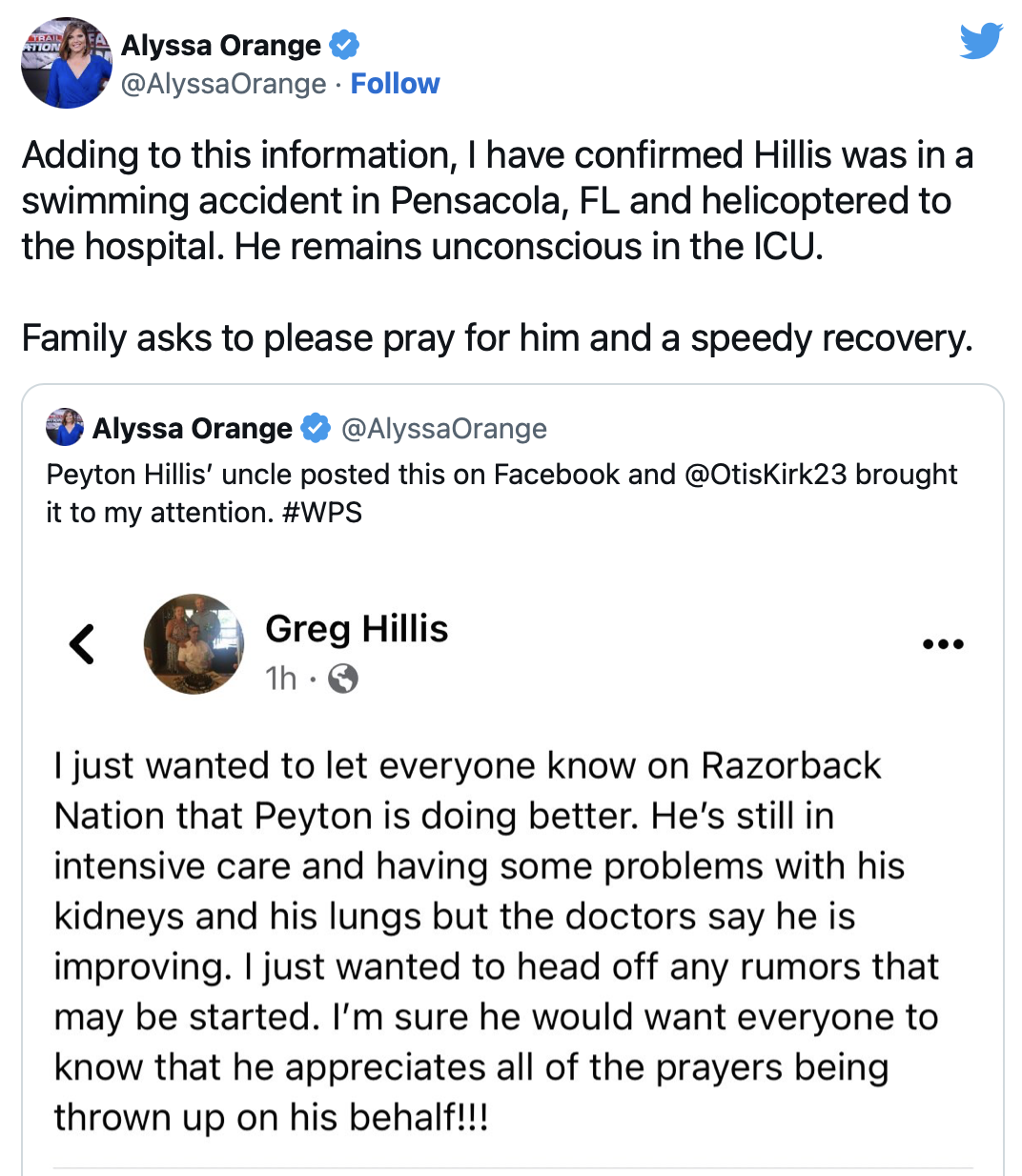 The Arkansas alumni started his career in 2008 when he was drafted by the Denver Broncos as a seventh round pick. He was most notable for being a break out teammate on the Cleveland Browns several years later. From there, he would eventually play for the Kansas City Chiefs for one season before finishing off his career with the New York Giants in 2015.