We all dream of having a house of our own in one way or another. No one wants to go on living life paying rent forever on top of other responsibilities. It’s like you’re hustling on a day-to-day basis just to survive. Of course, it’s not always the case for everyone. Some people don’t have a choice but to make do with whatever is accessible to make ends meet. But if you’re lucky enough, some people will come into your life to bring you out of your torment. This is exactly what happened to 75-year-old Jane Sayner after a man completely changed her life forever.

Sayner, a cancer survivor, underwent an operation for bowel cancer in December 2021. So, the idea of working into her 80s – or the possibility of getting kicked out of her apartment if she runs out of money to pay rent – had always bothered her. Understandably enough, she would turn 80 in a few years, and given her condition, it would be impossible to take on a job that would not make her situation worse.

But the one other thing that kept on lingering in her mind was the imminent future of the apartment for which the owner and her landlord John Perrett previously hinted at being donated to a charity once he passed away. So, she always knew that the house would get sold one way or another, but that’s not what happened at all.

“For the whole time that he was my landlord, he’d always said that all of his money was going to the Royal Melbourne Hospital,” she said in an interview with Daily Mail Australia.

To her surprise, Perrett included her name in his last will and gave her the apartment, which now became her permanent home. 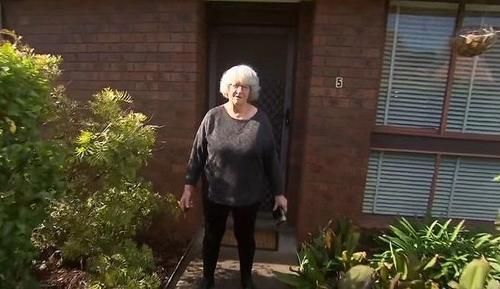 Perrett lived in a nursing home in his last days after suffering from a fall several times before his death. He also underwent a kidney transplant 30 years before his death. This is probably the reason why he decided to donate $18.6 million to the Royal Melbourne Hospital.

According to A Current Affair, Perrett was a pharmacist who had been involved in various community activities. He also had no wife or children. Perhaps Perrett saw how good Sayner was as a tenant who paid her dues on time, which made him decide to give the unit to her.

“I always paid the rent on time. He was a very strict businessman. He had lots of shares as well as properties,” she told the Daily Mail Australia.

For Sayner, it wasn’t just an apartment; it has always been her home, taking good care of it and making it even more beautiful than what it used to be before she came.

“I treated this place like it was my own. When I first came here there was no garden out the back. Because I was living here, I planted lots of plants and flowers, which are still here today,” she said.

But it seemed Perrett somehow gave her a sign when he was still alive that he always wanted to hand down the apartment to Sayner, as the late businessman had already given up the rest of the units except the latter.

“And when he got to the stage where he couldn’t do that anymore, he put all the other units, except this one, into the hands of agents,” she shared. 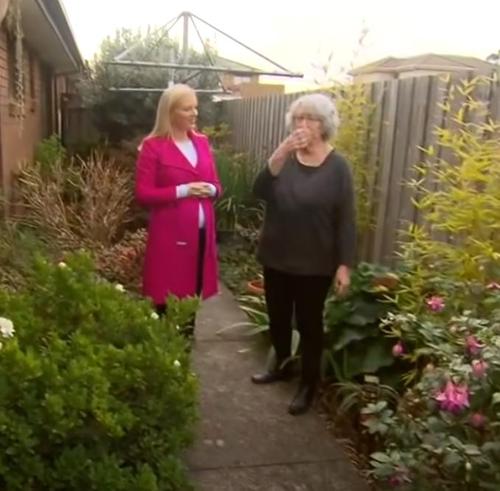 While Perrett was staying in the nursing home, Sayner made sure to check up on him.

“I used to call in at least once a week on my way home from work. I know what it’s like for people in those places. You don’t get a lot of visitors and it’s not much fun,” Sayner said.

Until she received an unexpected call from Perrett one day. “Then one day he just rang me and said ‘My solicitor’s here, can you please give me your full name, because I’m leaving you your unit’,” she recalled.

“For the last two or three months, I couldn’t even go and visit him in the nursing home. I wasn’t allowed in. That was the worst,” she said.

But when Perrett died, Sayner was among the 10 people who were allowed to attend the ceremony.

Meanwhile, another tenant received a unit from Perrett while his trusted handyman received money from him.

Sayner worked at Costa for almost 25 years until she decided to retire by the time she reached the age of 74. While the Australian fruits and vegetable company allowed her to stay as long as she wanted, she had to stop because she could no longer do it.

Having received such an amazing opportunity to not have to worry about her humble abode and someone who gets a pension to sustain her daily living, Sayner only had this to say: “What more could you want?”

Sayner deserved what she had received from Perrett as she did not only take care of the home she had lived in for years, but she also showed devotion to Perrett until the remaining days of his life. A reward for her loyalty, indeed.

How do you feel about the surprise Jane Sayner’s landlord gave her? What can you say about her landlord? Let us know your thoughts, and pass this on to anyone you know who might find this story interesting!