A poor girl saved up for several years to buy her dream prom dress, only to sell it to help her friend. Seventeen years later, she received the most surprising news that she had inherited a fortune from someone she hadn’t seen in years.

Sienna Powell was a 16-year-old girl raised by a single mother. Her father left them, thinking he could make it big and live a better life alone.

Although her dad promised to support Sienna financially, he never came through. So her mom Lisa struggled to make ends meet with her regular day job as a bank teller. 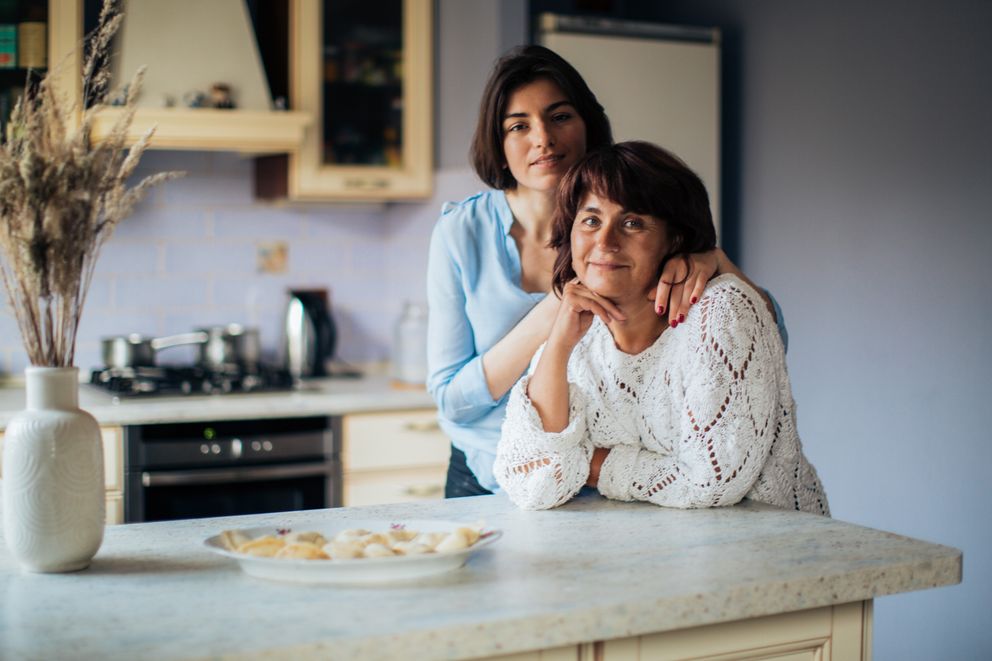 Through the years, Sienna tried her best not to burden her mother. She rarely asked for anything besides what she truly needed and even took part-time jobs to help pay the bills.

Every time she received a paycheck from her part-time job, she would take a small portion of it and place it inside a tin can that she kept inside her closet. While she did not want much, there was one thing she had always dreamt about since she was a young child – her prom night.

Sienna would spend most of her paycheck on their daily food needs, but the small portion she’d keep in the tin can was designated for her prom dress. She knew that her mother couldn’t afford to buy the dress, and she didn’t want to burden her with it. 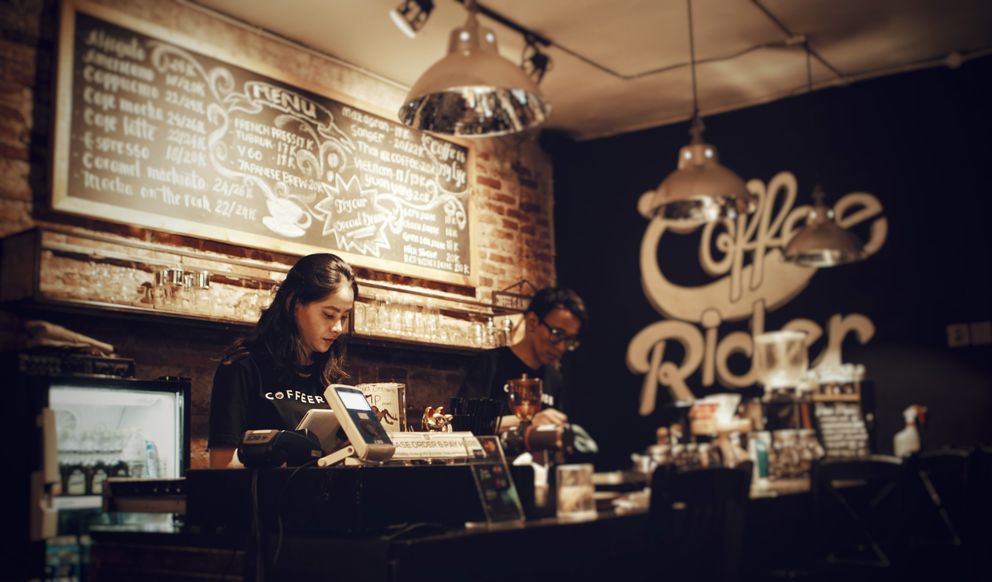 As she walked home from school every day, Sienna would pass by a beautiful boutique that sold tailored formalwear. One day, she went inside the store to ask how much a gorgeous, custom-made red, satin dress would cost.

She had set her mind to getting her dream prom dress from the store and even had drawings of the dress posted on her bedroom wall to motivate her to work hard. The dress Sienna wanted was worth $2000 because it was made from the most delicate Italian satin and fit her exact measurements.

Sienna would often gush about the dress to her best friend, Aaron. Aaron was her closest friend, and she didn’t have many, to begin with. 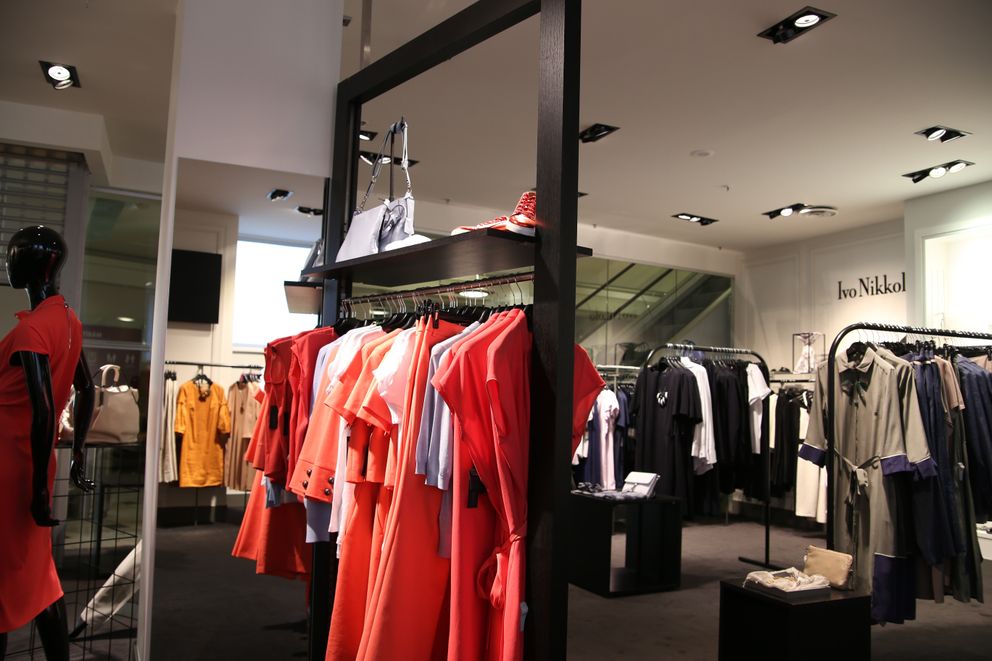 Aaron and Sienna found common ground when they discovered their fathers had left their mothers when they were younger. They related to one another a lot and, since then, have been inseparable.

Weeks before the senior prom, Sienna was able to save up enough money to have her dress made finally. She went to the boutique to take her measurements and chose the luxurious Italian satin fabric she had been eyeing for years.

On the morning of the prom, Sienna excitedly picked up her dress from the boutique. As soon as she saw it, she fell in love and couldn’t help but shed a tear.

“It’s so beautiful,” she gushed at the designer. “Thank you so much for making my dream come true. I’ve wanted this dress for as long as I can remember!” 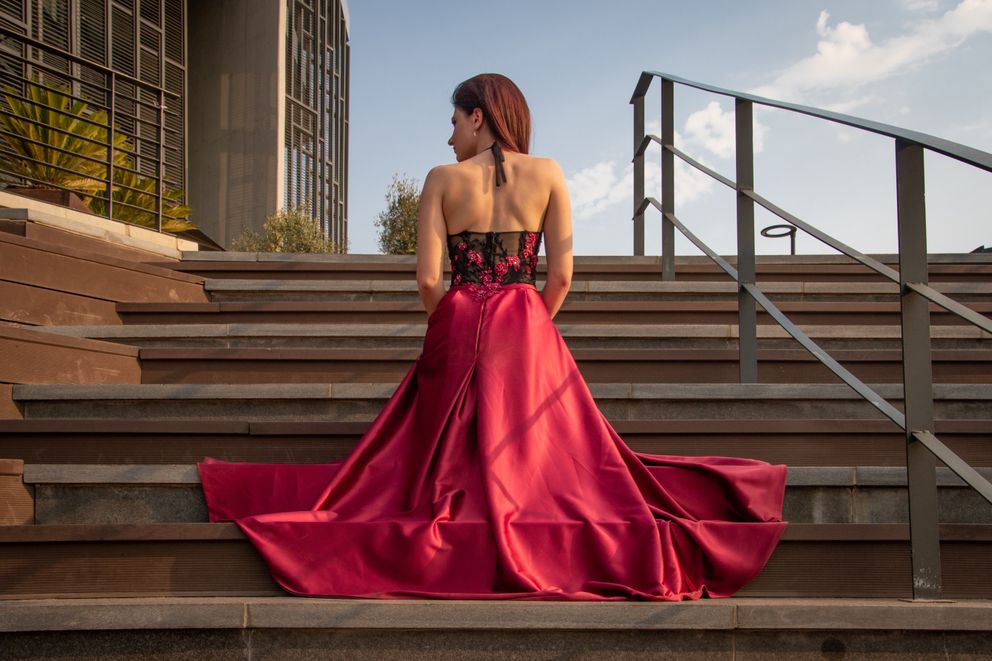 The designer was glad that she was able to make Sienna happy. She helped her fit the dress, and Sienna looked nothing short of a princess. “So magical,” Sienna whispered as she saw herself in the mirror. “I can’t wait to wear it tonight. Thank you so much.”

When Sienna got home, she quickly got ready. She had all her makeup lined up in a row and prepared the shoes and accessories she planned to wear. She and Aaron decided to meet at the school grounds, so she had a lot of time to prepare.

Sienna was about to leave for school when Aaron suddenly called her, crying. “I’m so sorry, Sienna, I know you’ve been looking forward to this day, but I can’t make it tonight. My mom was just rushed to the hospital, and I was told she has a couple of days left before she needs to undergo surgery.” 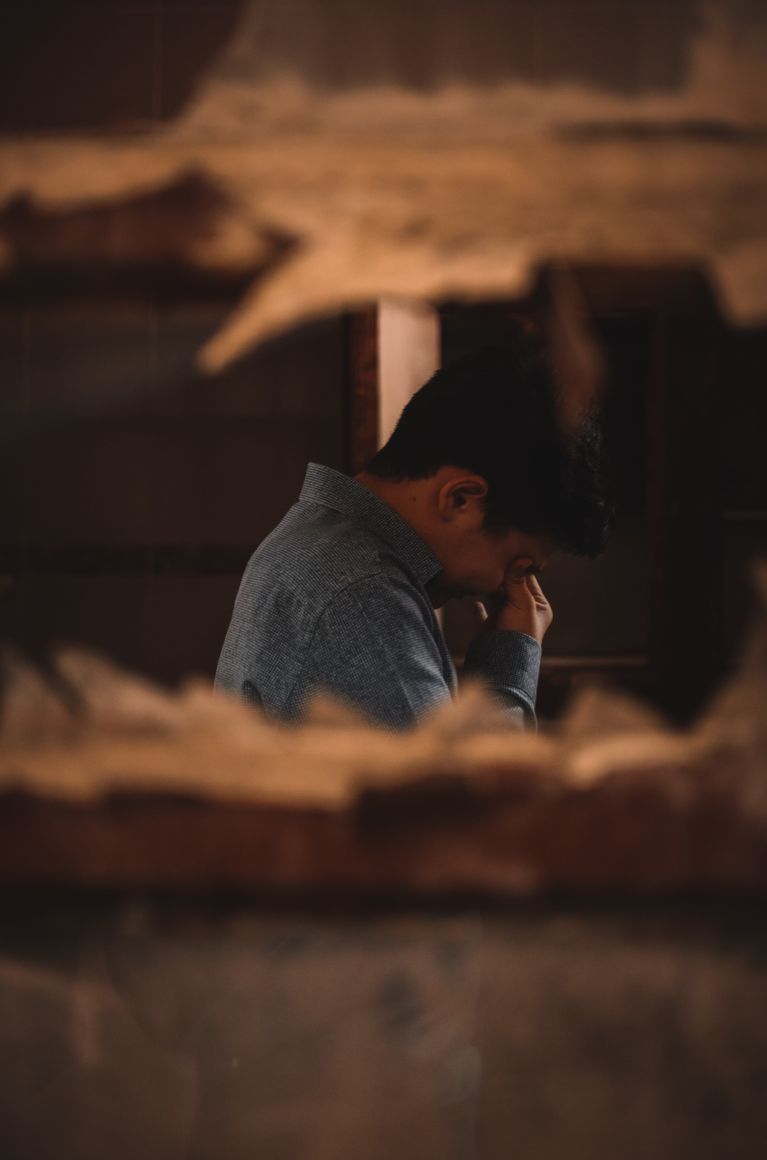 Sienna was in front of the mirror when she answered the call, and she couldn’t help but stare at herself wearing the dress she had been dreaming of for years. Then, in a snap, her focus shifted towards Aaron, who was still crying on the other end of the line.

“Don’t worry, Aaron, we’ll figure out how to get money for your mom’s surgery, alright? Stay strong for her. I’ll be right there,” she assured him.

Sienna took one last look at her dress and smiled. “I’m glad I was able to wear you,” she said, snapping a photo for remembrance. Without hesitation, she chose to be by Aaron’s side that night because she knew he needed her. 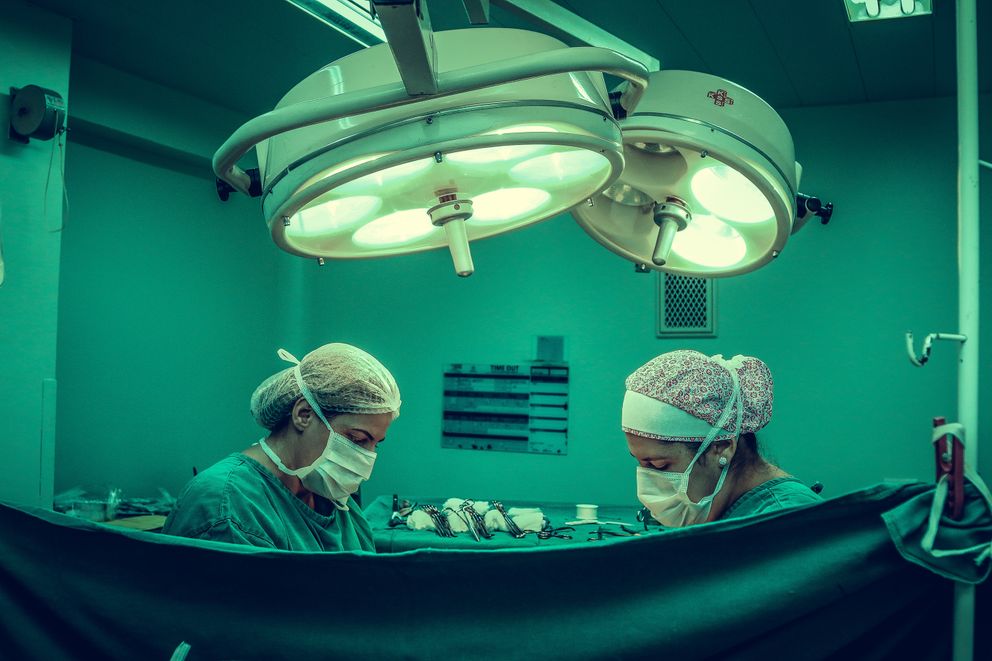 Ultimately, Sienna decided to miss the prom. After taking a couple of pictures in her beautiful dress, she took it off and placed an ad on the internet to sell it. She put it on a bidding platform, where the starting bid was $2000.

After publishing the ad, Sienna rushed to be by Aaron’s side at the hospital. They stayed there the entire night until Sienna’s mom picked her up.

The following morning, Sienna was surprised that the ad had garnered several bids, the highest being $4200. Upon seeing this, she immediately closed the bidding and sold the dress to the highest bidder. 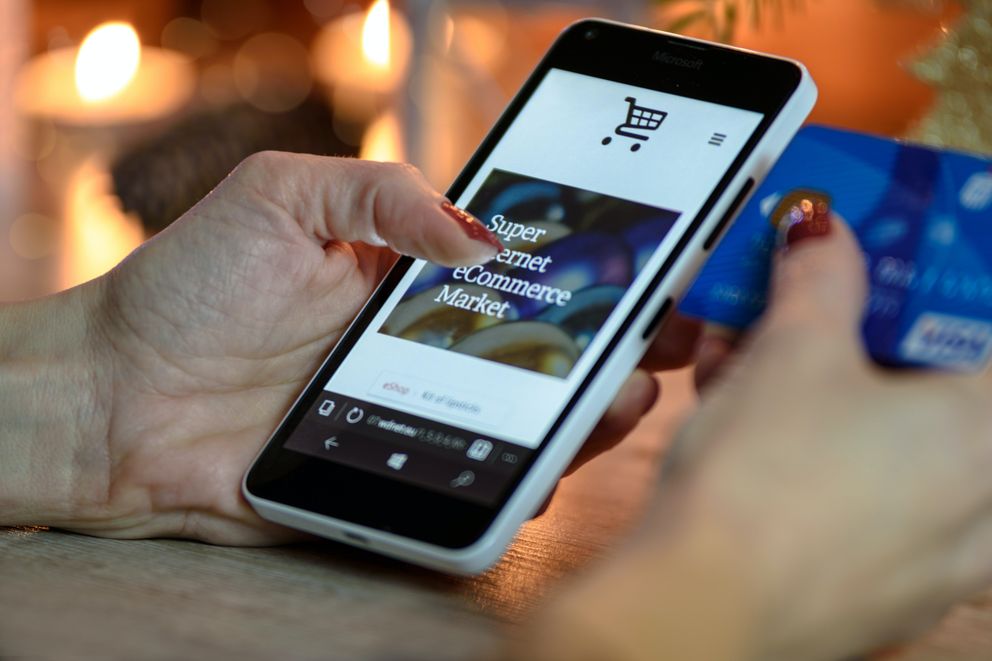 Sienna couldn’t believe that her gown sold for more than double what she initially paid. She gave all the money to Aaron so that she could contribute to his mom’s treatment.

Aaron and his mom were very grateful to Sienna but felt terrible that they had nothing to offer her in return. But Sienna assured them that they didn’t need to pay her back. She told them:

“You and Aaron have been nothing but kind to me, Aunt Elsie. We’re family, and families help each other out during difficult times.”

After the surgery, Aaron’s mom, Elsie, was able to make a full recovery. She had to quit her job when she got hospitalized but soon learned that this would be a blessing in disguise. 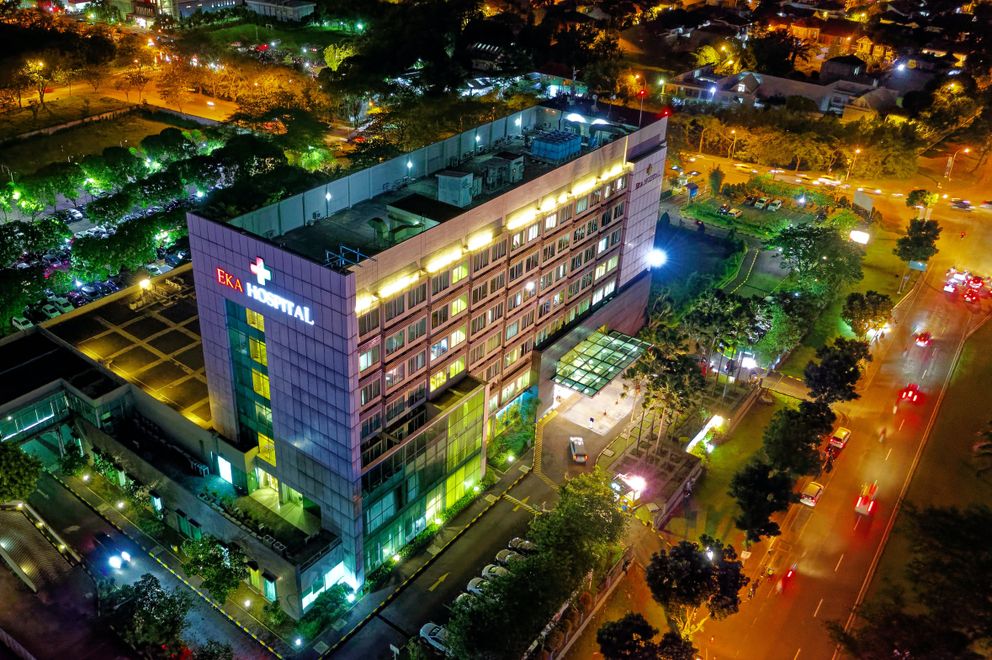 Elsie was a good baker, so she decided to open her own bakeshop. Within a couple of months, her bakeshop became the most popular in town, forcing her to expand to a bigger location.

Because of the bakeshop’s popularity, Elsie started putting up branches in different states. Eventually, she and Aaron moved to another town, while Sienna stayed behind.

Sienna and Aaron kept in touch through the internet but could not meet as frequently as they used to. They ended up living different lives and married other people along the way.

One day, when Sienna turned 33, she was surprised to receive a thick envelope in the mail. Upon seeing that it was from “Elsie Adams,” she quickly opened it. It turned out that Elsie had decided to retire. She didn’t want to run her business anymore, so she divided her assets between Aaron and Sienna. In the letter, she wrote:

It’s been years since I last saw you, but not a day goes by that I don’t remember your kindness towards Aaron and me. We miss having you with us every day but find comfort in knowing you are now happily living your best life with your husband and children.

The time has come for me to retire, but I wanted to leave my business in good hands. I have asked my lawyer to equally divide my bakeshop’s assets into two, between you and Aaron. It is up to you what you wish to do with your shares – you can either run the business with Aaron or sell it. Either way, I’d like for you to accept your share.

You became my daughter when you sacrificed a special day in your life to save me. You had always been and always will be my daughter, Sienna. I hope to see you soon.

Sienna couldn’t believe what she had just read and didn’t realize how big Elsie’s business had become. Elsie’s letter not only made her a millionaire but also opened up lines of communication between Sienna, Elsie, and Aaron after not seeing each other for years.

What goes around comes around. Sienna didn’t hesitate to sell her prom dress to help Aaron and his mom. She did this without expecting anything in return, but she received an unexpected reward years later.