“Good Times” onscreen father, John Amos, turns 83 today! The actor put away his cane to dance with his children, who show him love and respect. He had a hard time raising his children in an interracial marriage but became an excellent father who his children adored.

On December 27, 2022, John Amos, famous for playing James Evans Sr. on the CBS television series “Good Times,” celebrated his 83rd birthday! Besides his special day, the actor had a lot to celebrate, including the love he received from his children.

According to his IMDb account, John was a father to six children from three different women he’d married over the years. In each relationship, the star allegedly welcomed two children. 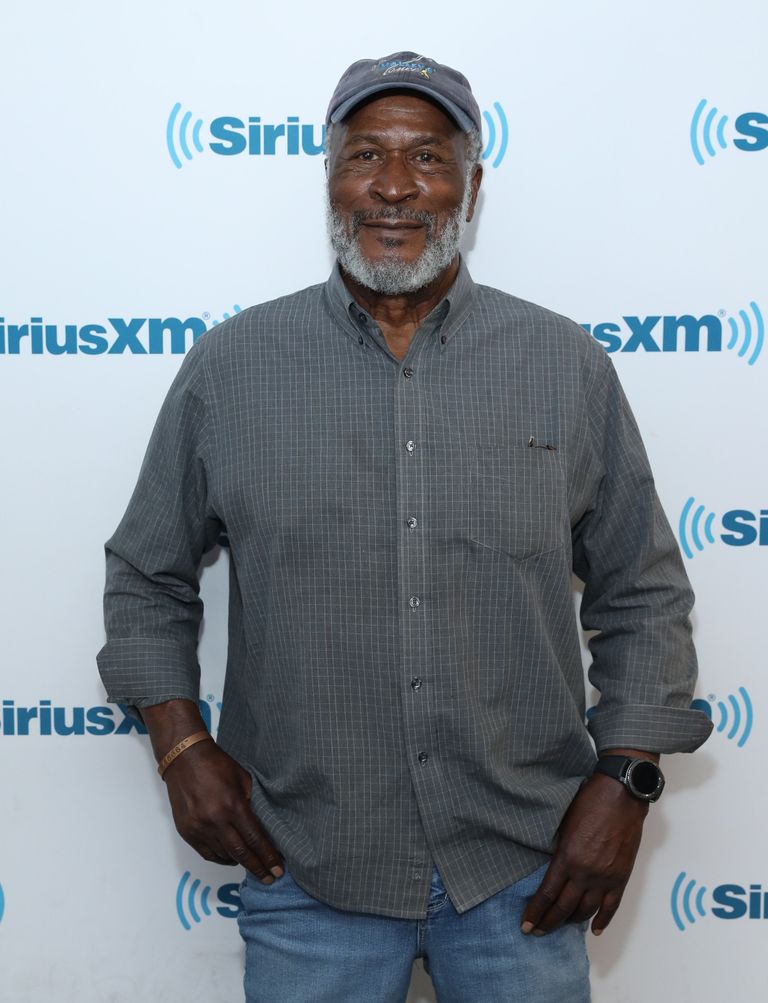 Two of the children, K.C. Amos and Shannon Amos, were well-known by his fans. According to reports, the actor was loved by his children, and his son and daughter celebrated him by sharing posts to commemorate the occasion.

The duo also often shared special moments with their father on social media. Shannon uploaded one such post, and in the post, she and John shared a memorable event that none would ever forget.

How Do John’s Children Shower Him with Love?
In October 2022, weeks ahead of John’s birthday, Shannon shared an Instagram clip that would live long after her father died. The video started with Shannon asking the actor if she could have a dance with him.

The two then proceeded outside, where the star’s daughter helped go down a few stairs with the help of a cane. How she balanced him and he leaned on the walking stick, showed how age was catching up with the famous star.

However, his love for his daughter saw him put the cane away so they could slow dance! John and Shannon danced to Luther Vandross’ “Dance with My Father” as he kissed her forehead, and they embraced, with his daughter writing:

“Grateful for this precious moment with my Dad.”

Shannon was doing the Dance With Your Father Challenge and urged others to participate to “create a precious moment.” The moment was heartwarming to see as the pair moved slowly.

John didn’t only spend time with Shannon but also with K.C., as seen in a July 2021 Instagram video post. In the clip posted by K.C., the actor was seen dancing, sans cane, with his son in Denver at the gala for #SpreadTheCheerUSA.

The star looked happy in November 2022, as he did when surrounded by his children, sitting outside with his look-a-like son and singing along to Johnny Nash’s “I Can See Clearly Now.” He revealed he and K.C. were having a good time while “kickin’ it” over the holidays.

At an Arizona gas station, a White man accosted them [Noel Jean Mickelson, John Amos, and Shannon Amos] with a shotgun…
How Did John Raise His Children with His Wife?
On June 16, 2020, Shannon uploaded a beautiful throwback Instagram photo of her father and mother, Noel Jean Mickelson. The star’s daughter noted that when her parents married in 1965 when interracial marriages were illegal in 16 states!

Shannon shared how her father met and fell in love with her mother while at Colorado State University. John was from the inner city of Newark, New Jersey, while his wife came from the small mid-west town of Estherville, Iowa.

It was love at first sight for the pair, but it was a difficult time in America. K.C.’s sister explained, “As a child, I didn’t know my parents were different colors. I only saw them as my parents— the two people who loved me.”

However, all that changed when she was five and experienced a traumatizing incident when she went on a cross-country trip with her parents. At an Arizona gas station, a White man accosted them with a shotgun and used slurs as he demanded the family leave the service station.

Mickelson’s marriage to John lasted for ten years and ended in divorce; however, the actor remained close to his children, who adored and respected him. Wishing the star the happiest 83rd birthday!