The doctors had given up on an elderly man who had been in a coma for many days. Soon, his grandchildren came to say their final goodbyes and witnessed the unthinkable — their grandfather suddenly opened his eyes.

What’s your biggest fear? For many, it is losing their loved ones. Despite knowing death is inevitable, people dread losing their parents, siblings, grandparents, and other close friends and family members. Their hearts race whenever they think about it.

Even when people are on their deathbed, their loved ones keep praying for a miracle. The man in today’s story was in a similar situation where the doctors had tried reviving him, but nothing worked. What happened next shocked everyone in the hospital room. 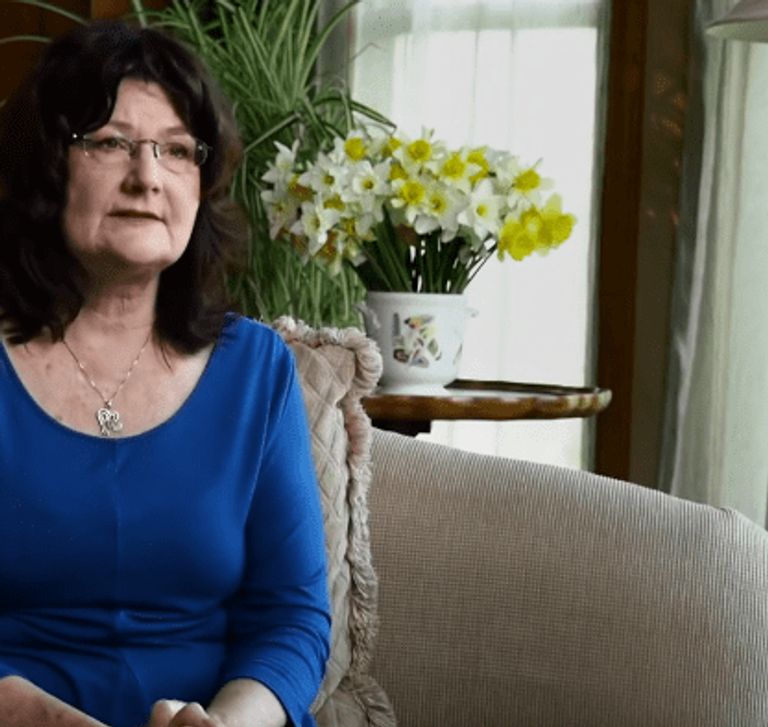 Back in 2018, while Pastor Jim Dumont was at his parents’ house in Maine with his wife, Pam Dumont, he went for a stroll one evening. A few minutes after he left the house, Pam started feeling uncomfortable. She could sense her husband was in danger. She recalled:

“It was dread. It was a huge, rising anxiety inside of my heart. I knew something was wrong.”

Worried for Jim, Pam left the house to look for him. As she reached the end of the driveway, her fears became a reality. She spotted two ambulances and a police car down the hill and rushed towards them to see if they had come for Jim. 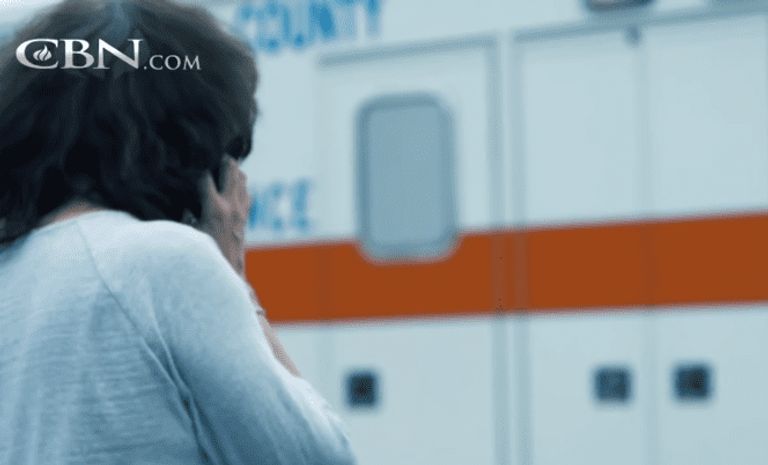 BETWEEN LIFE AND DEATH

When Pam got closer to the ambulances, she saw Jim’s skin had turned purple. She panicked and asked the paramedics what had happened, but they had no idea. Jim wasn’t responding to CPR, and the medical staff couldn’t get his pulse.

Pam couldn’t believe her husband, who was fine a few minutes ago, was struggling for his life. Before things worsened, she called an elder at their church, Paul, and asked him for help. She thought that was the only way to save her husband. She told Paul:

“Jim is laying on the road. We don’t know if a car hit him, but he has no pulse and I need you to pray.” 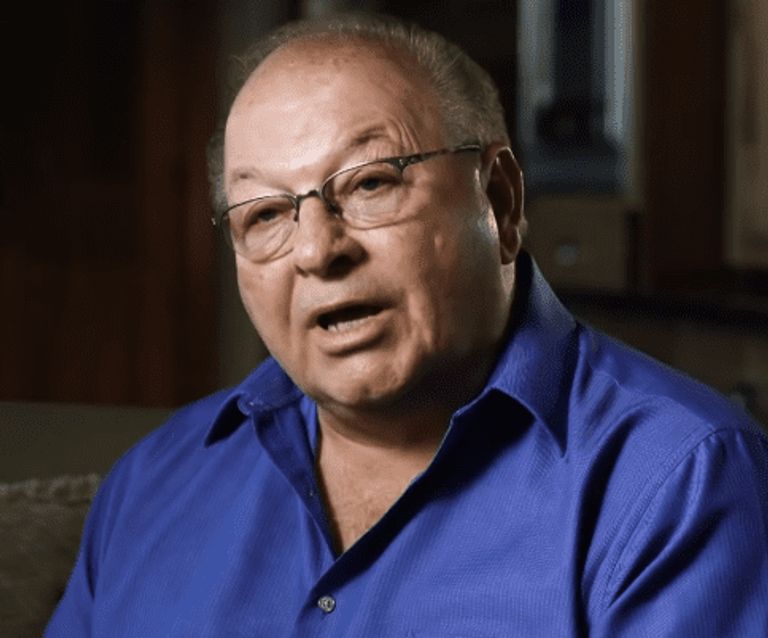 Paul consoled Pam and quoted a verse from the Psalms, “He will live and not die.” He told her that Jim would survive, but seeing her husband’s condition made her think otherwise. Soon, the paramedics moved Jim to Central Maine Medical Center after they got his pulse.

When the doctors observed Jim’s vitals and learned that his heart had stopped for about 12 to 15 minutes, they were worried. Dr. Michele Guzowski, who was on duty that evening, explained that decreased blood flow could affect Jim’s brain.

The doctors were worried Jim could have a brain injury since his heart had stopped working for so long. They put him in a drug-induced coma for treatment, expecting he would wake up in 36 hours. Little did they know that Jim wouldn’t open his eyes for days. 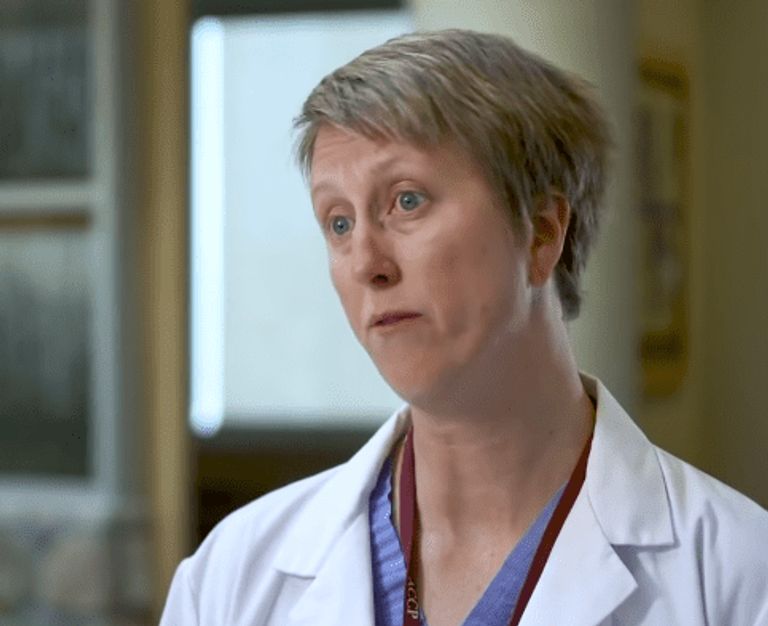 Meanwhile, church members gathered after learning about Jim’s critical condition. Over a hundred people worshipped God and prayed together for his recovery, expecting he would wake up soon.

Jim and Pam’s son, Justin, a doctor, was at the hospital with his father, constantly trying to revive him. Four days after Jim went into a coma, Justin felt worried because it was not a good sign. Dr. Guzowski revealed:

“Each day that passes that someone doesn’t wake up, we get more and more concerned. I know their sense of fear was there. Mine was too.”

The chances of Jim waking up were thinning, but the church members didn’t lose hope. They continued praying for their Pastor, believing God would miraculously heal him. A Christian radio station had also asked its listeners to pray for him.

After seeing his father hadn’t made any progress, Justin lost hope. He had informed his wife and kids to be prepared to say their final goodbyes. Meanwhile, the doctors told Pam that Jim’s brain was damaged. She recalled: 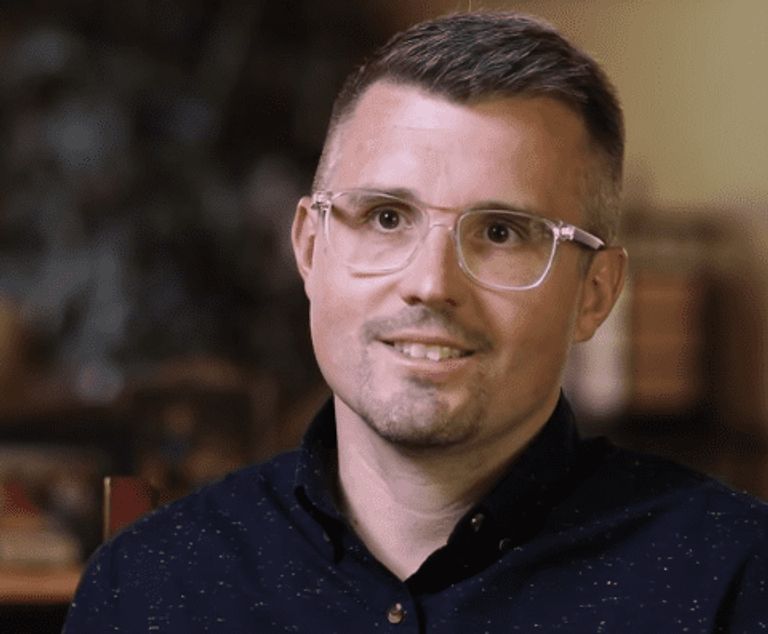 Believing his father was living his final moments, Justin brought his children to the hospital so they could see Jim one last time and say their goodbyes. The children entered the hospital room, stood near their grandfather, and started singing for him.

A few moments later, a wave of disbelief floated in the room when Jim suddenly opened his eyes. Justin couldn’t believe his father had come back to life despite being on the verge of death. He rushed to the waiting area and said to his mother:

THE POWER OF PRAYER

Along with Jim’s family, the medical staff was also surprised. They said they hadn’t witnessed something like that before. Soon, Pastor Jim recovered from the brain damage and was ready to go home. He believed it was because of people’s prayers. Dr. Guzowski said:

“You know, we know what we know about the medical part of things, but what we don’t know is the factors outside our control. And the power of people’s faith is, is real.”

Justin was also surprised to see that Jim was handling his daily chores independently after being in a critical condition for days. He said that in most cases of brain damage, patients don’t recover. Jim’s journey was quite shocking and rare.

Jim’s story teaches us about the power of prayer. The church members didn’t stop praying despite knowing the doctors had given up. They believed he would recover, and soon, he did. It also highlights the love children have for their grandparents.

Click here to read another story about parents who had planned a funeral for their 10-year-old daughter but were surprised when she suddenly opened her eyes and quickly recovered.