Grandma spends all her Saving to pay for her Granddaughter’s Wedding, but is Uninvited at Last Moment.

Agnes was alone in the living room. Tears overwhelmed her. The guests had left after talking over Clara’s upcoming wedding. Agnes told everyone that she would not be attending, though she really wanted to be there, but now she was really angry with herself. “Why on earth would I say this!”, she thought.

“I couldn’t even imagine that this would ever happen. It’s a shame I won’t be able to be at the ceremony,” the elderly woman reflected.

Agnes became a widow when she was 75 years old. The death of her husband Edward had a negative effect on her health. And then she moved to New York to her son. At first Agnes was treated with love and care, but all changed when the woman was diagnosed with dementia. 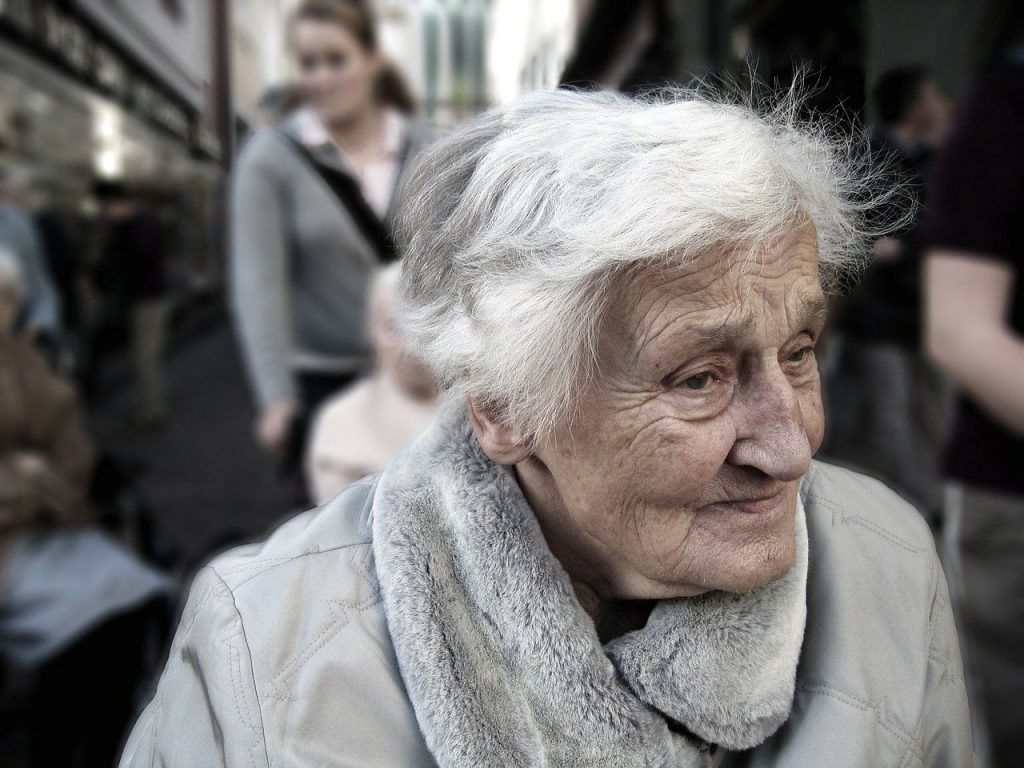 More and more, Agnes began to overhear Timothy and his wife Linda, they talked about the need to move her to a nursing home, speculating about how much it would cost them to treat Agnes if her illness progressed. But she continued to live there in silence because she didn’t want to lose contact with her beloved granddaughter.

When Edward was gone, the woman’s greatest wish was to catch her granddaughter’s wedding before she went to her husband in heaven. For this reason, she didn’t even think to touch the money she had long been saving specifically for Clara. So when the news of the impending wedding became known, Agnes was over the moon. She declared her desire to give all her savings to help properly prepare for the celebration. But her expectations were not met.

“Mom, we’re talking about $25,000! That’s a lot. I can’t accept that money,” Timothy replied emotionally. “I know how much you love Clara and would do anything to help us, but there is no need.” 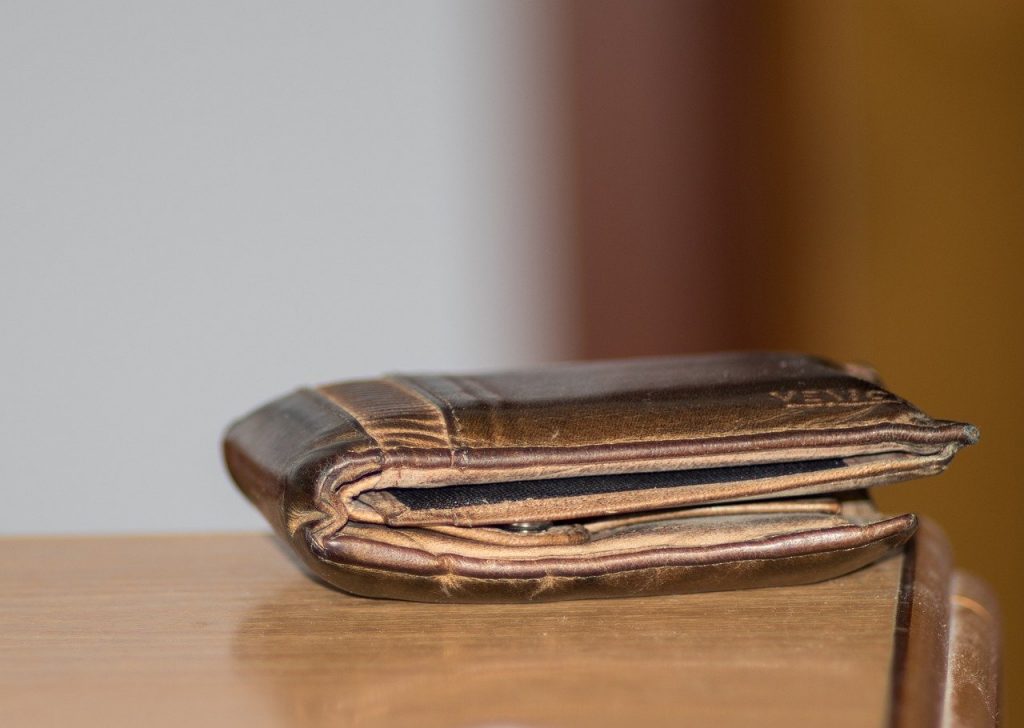 “Son, but where should I spend it at my age?” asked Agnes quietly. “You do know that I am growing weaker by the day. Who knows how much time I have left to live. Please don’t refuse my help.”

“She’s right, honey,” Linda intervened, whose eyes lit up with interest at the older woman’s unexpected wealth. “And then, Clara is her only granddaughter. I don’t mind, Mrs. Arnold. You made the right decision.”

“Look, even Linda has nothing against it, Tim,” Agnes said. “I’ll tell you the details of my bank account, and please dispose of the money as you see fit.”

“Mom, listen-“, Timothy could not decide to accept his mother’s help. But Agnes’ insistence was stronger, and he agreed.

Clara, however, was not very close with her grandmother.

“She will not be at my wedding! How could you even think of such a thing? I’m tired of that sick old woman!”, loudly exclaimed Clara. 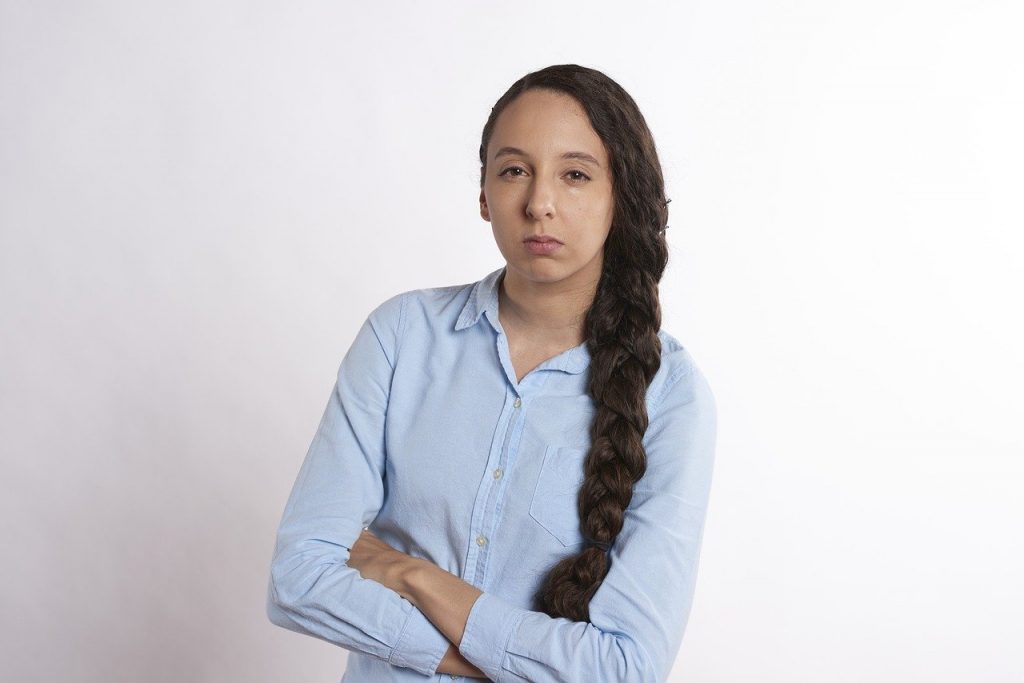 “Daughter, she gave all her money for your wedding,” Linda contradicted her.

“So what! That doesn’t mean she’s invited. Remember what the doctors said? Her illness is getting worse. I hope I don’t see that old hag at my celebration, or there won’t be any wedding! I won’t let some old woman spoil my celebration!”

“Stop it!” shouted Timothy. “This is your own grandmother we’re talking about. Please respect the boundaries of decorum!”

“I don’t care! I’m not kidding. That woman is not coming. It’s my wedding and I get to decide who gets to be in the wedding and who doesn’t. I’m crossing her out!”

This conversation took place two weeks before the celebration. Agnes was very much looking forward to the festive event, but how upset she was when she heard her beloved granddaughter exclude her from the guest list.
This conversation took a toll on Agnes’ well-being. And when Timothy brought his mother to a doctor’s appointment, he heard that the situation would only worsen if the woman was not given proper care. The doctor’s words infuriated Clara and Linda. Mother and daughter insisted on putting Agnes in a nursing home. “I don’t have time to take care of her. Our daughter’s wedding is coming up, and I don’t want it to be ruined because of your mother,” Linda declared.

After returning from the doctor’s office, Agnes decided she would not go to Clara’s wedding and announced it to her family. The poor woman had to advise her son, heed Linda’s words and move her to a boarding house.

“I understand your feelings, Tim, but at the same time I understand that Linda and Clara don’t want me in this house anymore. It would be better for everyone if I left. Would you be so kind as to take me to the nursing home,” Agnes appealed to her son. 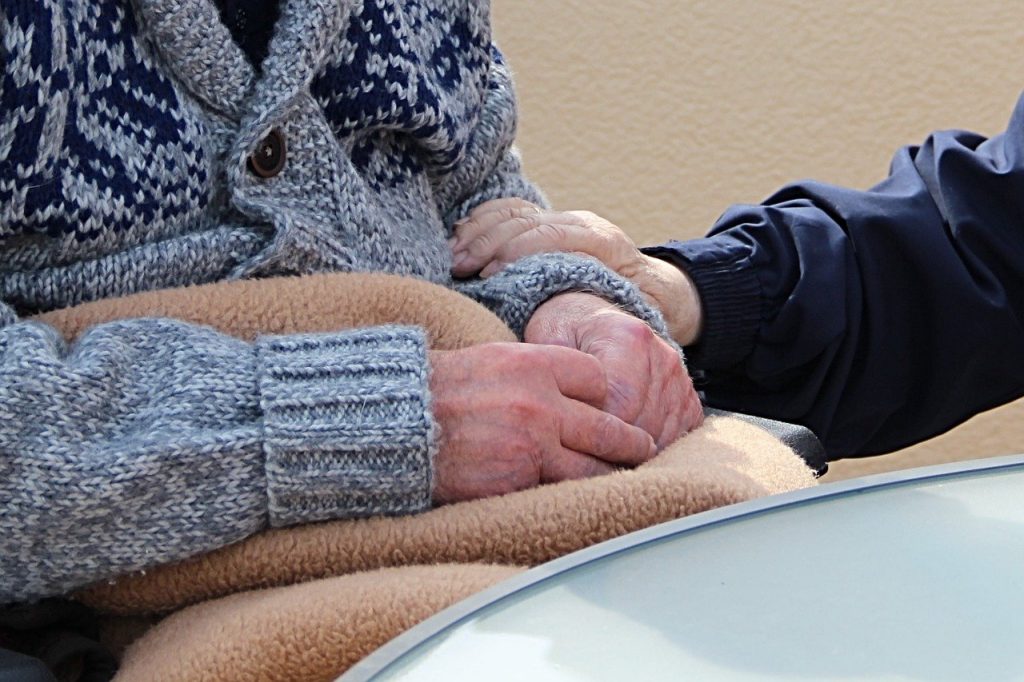 Timothy could not dare to take this step, but his mother’s tears and her words about how difficult it was for her to breathe in such an environment did the trick. On the day she left for the boarding house, Agnes was sadly reminded of the days how lovely Clara had been as a child. The girl had stayed at Agnes’s house all the vacations, and she had been devoted to her grandmother. But over the years, the girl’s heart has grown stale, and today it is no longer the lovely Clara, but a hard-hearted person who is ashamed of her own grandmother.

On Clara’s wedding day, Agnes could barely hold back her tears, all these years she had lived for the day when she could see her granddaughter in her wedding attire. Unable to contain her feelings any longer, Agnes turned to her caregiver, Lynsie, to call Timothy to find out where the wedding would take place.

“I’ll just take one look at her, Tim,” she told her son over the phone. “Don’t worry, she won’t even see me. I don’t want to ruin my granddaughter’s party.”

“What are you talking about, Mom, I don’t mind. I can’t stop you. Unfortunately, I couldn’t persuade Clara to let you attend the ceremony.” 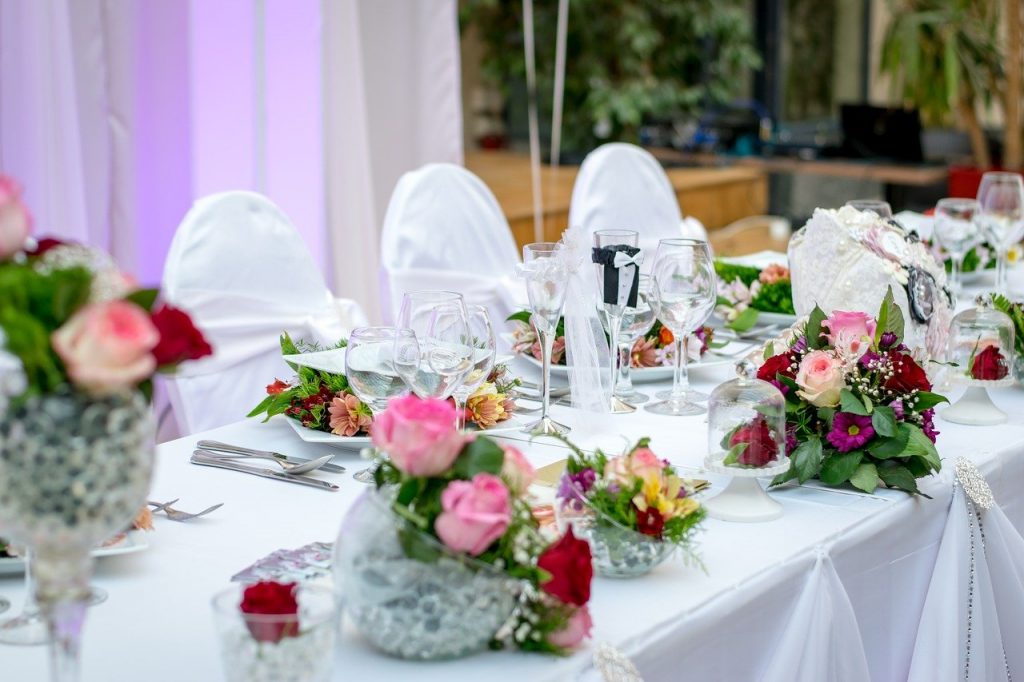 “It’s okay, honey. Don’t worry, I know you did your best. Thank you for giving me the address. I’ll be sure to come up to you as soon as I see my granddaughter,” Agnes replied and hung up.

Impatient to see her granddaughter, Agnes chose a pastel-colored dress and matched it with a beret. But as soon as she reached the place of celebration, her attention was drawn to the loud shouting that came from Clara’s room. Agnes realized that there had been an argument between Clara and her fiancé.

“Why are you doing this to me? You wouldn’t dare call off the wedding!”, Clara shouted desperately. Agnes was shocked when she heard this.

“I don’t want to tie my fate to a woman who does this to her own Mima. I just can’t believe that you were ashamed of your grandmother just because she was sick.”

“And what’s so terrible about that? I don’t want to burden myself or the guests at our party.”

“What are you saying, Clara?! We all have old age ahead of us. Do you really want to be treated the same way? What about my parents? They’re not young anymore. Will you get rid of them, too?”

“Don’t walk away from the conversation, Josh. I won’t call her!”

“In that case, there will be no wedding. Good luck!”

After these words, Agnes couldn’t stand by any longer and entered the room. “Please, darling, don’t do this. Clara loves you so much.”

“Grandma?! How did you get here,” squeaked Clara. 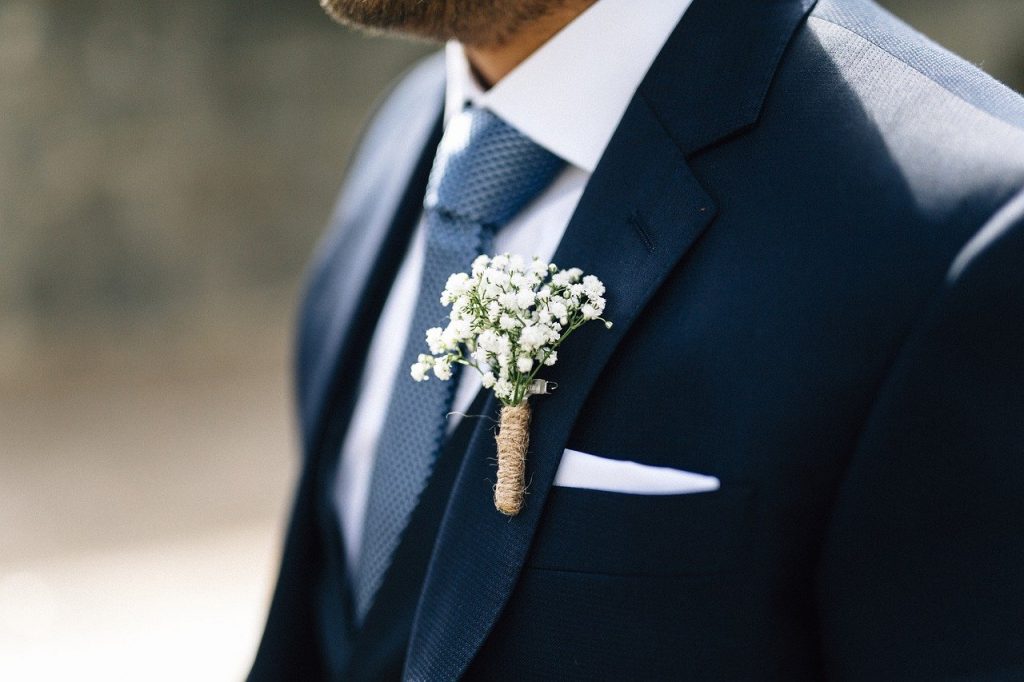 “I couldn’t not come. No matter how much I talked myself out of it, the desire to see you in your wedding dress was stronger.”

“Unfortunately, Mrs. Arnold, the wedding is off. So you can go back in.”

“No, dear Josh, you shouldn’t do that. Yes, Clara was reckless, but please don’t call off the wedding. I don’t hold a grudge against Clara, and you forgive her.”

“I’m sorry, Mrs. Arnold, with all due respect to you, I can’t go through with it,” Josh replied emphatically and left the room.

Clara looked after him and cried. “So, are you happy now? You managed to ruin my wedding after all. Is that what you wanted?”

“What are you talking about, sweetheart, I didn’t mean for it to happen at all,” Agnes replied and went over to Clara to calm her down. But rage overwhelmed Clara, and she kicked her grandmother out the door. 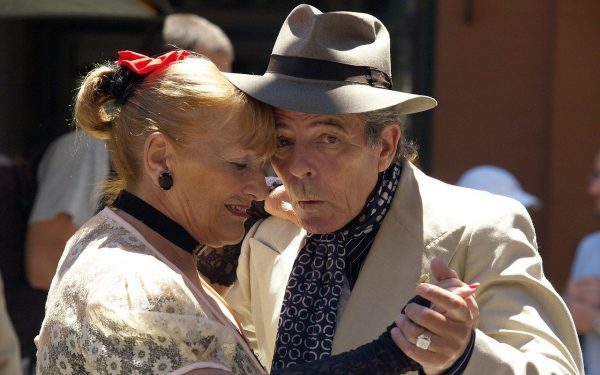 Quietly, Agnes walked back, surveying the surroundings. Everything around her seemed gloomy. Slowly the guests dispersed, talking frustratedly among themselves, and her son was arguing with Linda again. Agnes was so tired of the quarrels that she wanted to sit down. Then a thought occurred to her. She called Lynsie and suggested that she brought everyone from the boarding house to the wedding hall to have a party together.

Looking at the merry old men, Agnes was happy. Linda and Clara looked at her disapprovingly, but she no longer cared. She finally relaxed, forgot her worries, filled her wine glass and took a sip. Agnes pondered, “If this wedding is organized at my expense, I think I have every right to have a good time. Life is too short to worry. Unfortunately, I realized that too late.