Grieving Boy Plants 500 Trees to Honor Late Mom, Meets Her Carbon Copy There When He Turns 18 – Story of the Day

After his mother’s death, Ben decided to plant as many trees as possible in a barren area near their home. Soon, there were 500 trees, and the area became a famous park in their neighborhood. On his 18th birthday, he was walking through the park when he saw a woman who looked exactly like his late mom.

Ben dug harder and harder as the sweat dripped off his forehead, mixed with the tears falling from his eyes. He had no idea how hard it was to plant trees, but he would keep the promise he made at his mother’s funeral.

His mother, Lily, was an environmentalist who raised awareness about climate change and regularly marched so their local government in Ohio would nurture their green areas instead of building and industrializing them more.

But Lily died unexpectedly, and Ben was heartbroken. That’s when his dad, Matthew, came up with an idea. 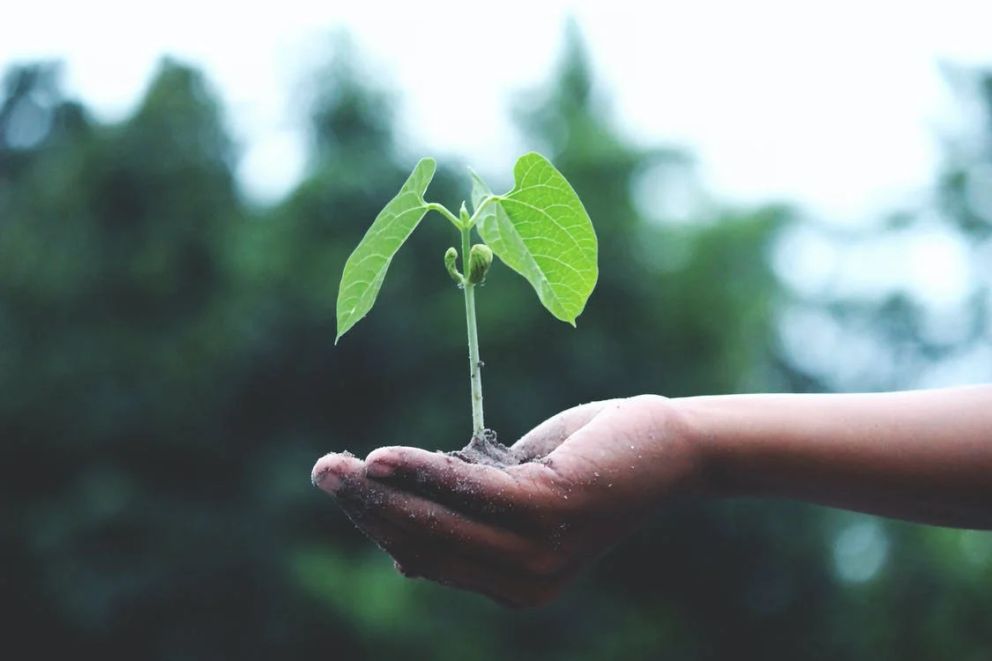 “Find a way to honor your mother, son. And somehow, your heart will be at ease.”

So to honor his mother’s devotion to keeping the environment clean and green, Ben promised his mother that he would plant 500 new trees in an area that had been abandoned for so long. No one knew who it belonged to.

At first, his father said it was a bad idea because the owner could come and destroy all his work. However, he later saw how great Ben felt after a day of planting trees, so he joined him.

There was something different, but it had nothing to do with the wrinkles around her eyes or the difference in their smiles. “Who are you?” he asked when she was right in front.

They had finished setting around 20 trees when other neighbors noticed and decided to help too. Eventually, one neighbor discovered that no one owned that land – it was repossessed by the bank for lack of payments – and negotiated with local authorities to turn it into a park. They named it after Lily as they continued planting trees.

Eventually, they added a playground through donations and other things to spruce up the park. It took a few years, but ultimately, the park became popular in their small town. 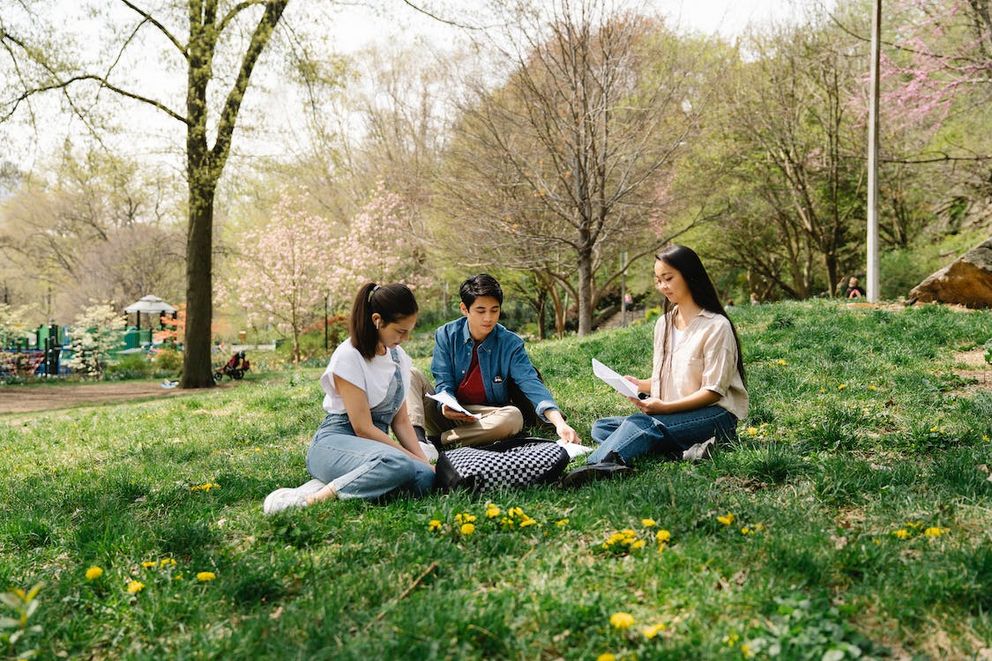 Over time, Ben felt at ease every time he walked through those grounds. It was like his mother was there as he listened to the laughter of kids playing or the peacefulness of teens picnicking beneath the trees. It was magic, and he knew she would be proud of what they had accomplished there.

At 18, Ben graduated from high school and was set to leave Ohio and go to college in New York. He decided he would take up environmental law to follow in his mother’s footsteps and fight for better climate change resolutions.

He knew he would miss the park he helped build. Generations to come were going to enjoy this park, he was certain, and he felt proud.

For the last time in a while, Ben stood at the park, admiring its beauty. He knew people cared about the place, and if he could get more folks to care about the planet, everyone could start doing something to change the bleak future coming.

“Uh… don’t think about that right now. Be in the moment,” he muttered, shaking off his thoughts of the future. He needed to be present, remember his mom and his memories in this park, because there was no way to tell if he was coming back.

His eyes squinted at the sudden figure that appeared from behind a beautiful oak, his favorite in the park. It was still young, but one day, it would grow big and gorgeous. However, the tree didn’t matter right now because the figure was a woman with blowing brown hair that was eerily familiar. 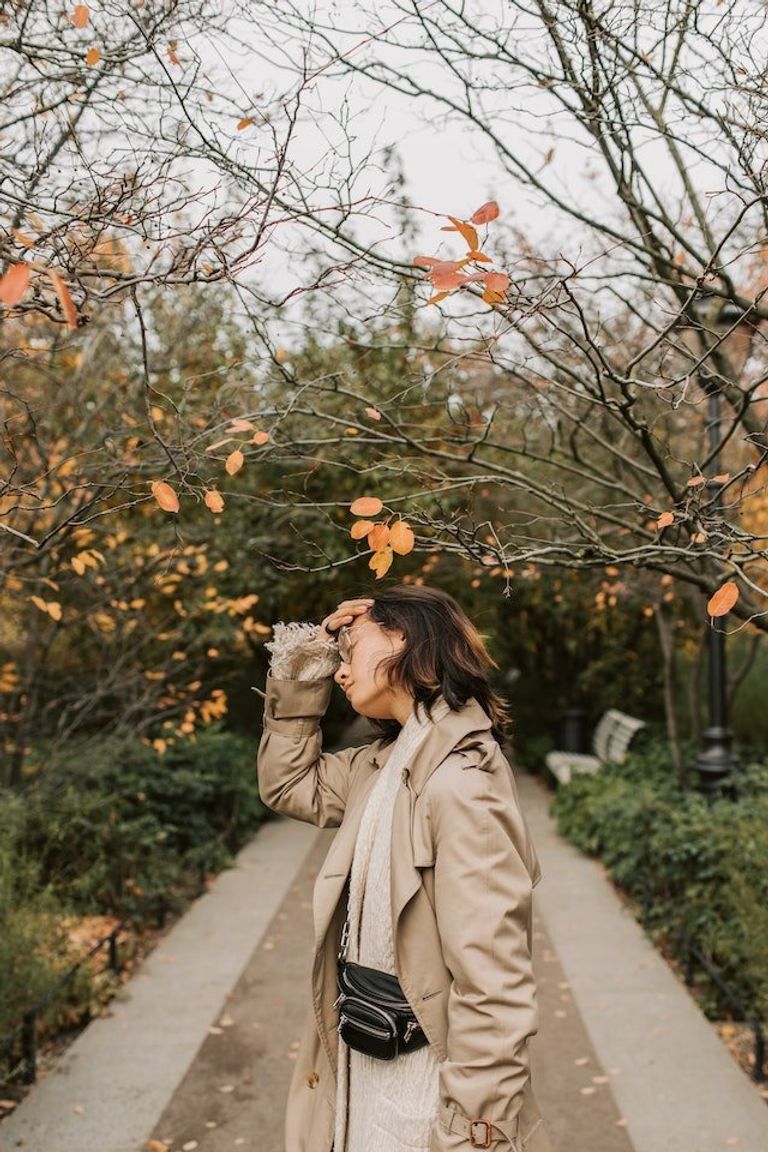 “Mom?” he whispered, not expecting her to hear him but somehow, the wind carried the sound of his voice, and the woman turned around. From a distance, it was his mom, but older. Her blue eyes were intense. This didn’t make sense. Lily was gone.

“Ben?” he heard her asking, and he watched her come closer but was frozen in his spot. “Are you Ben?”

He nodded, stiff as a board and insanely confused.

As the woman got closer, Ben realized that this was obviously not his mother. There was something different about her, but it had nothing to do with the wrinkles around her eyes or the difference in their smiles.

“Who are you?” he asked when she finally stopped in front of him.

She tilted her head slightly and grinned awkwardly. “Well, it’s a long story,” she began. “But I’m your aunt.”

“What?” Ben asked, confused. His mother never talked about her family, not that he could remember. He was just six when she died. He didn’t get a chance to ask more questions.

“Yes… well, I’m Sabrina. Lily is – was – three years younger than me… But in our family, Lily was the black sheep,” she revealed, shocking Ben even more. Everyone had always adored his mother. He couldn’t imagine her being considered the “black sheep.”

“Really?” he asked, his face showing how comical that sounded. 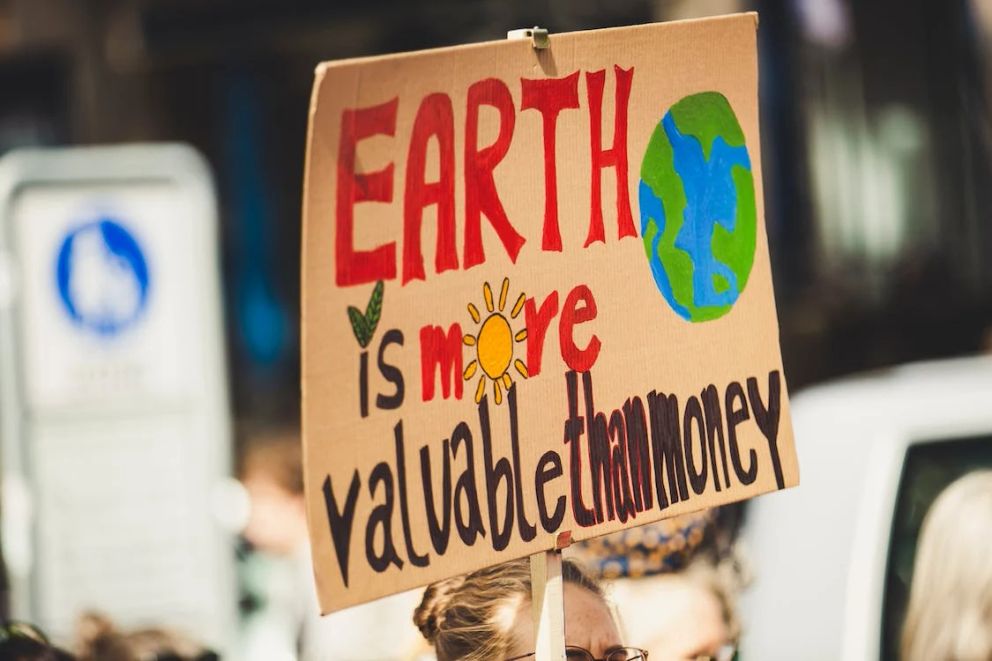 “It was Lily’s talk about the environment. Our dad expected us to become lawyers or doctors. At the very least, we had to marry rich and become stay-at-home moms,” Sabrina explained, her mouth twisting as she shook her head. “But Lily had other ideas.”

“I bet she did,” Ben smiled, feeling even more pride for his mother.

“Your mom graduated from pre-law, but when Dad discovered she wanted to be an environment activist…well, there was a huge blowout, and I took his side. I was working hard at med school back then… I was so stupid because Lily left Arizona and cut us all off. I also felt superior to her, and my pride didn’t let me reach out.

“I didn’t know she was gone until a month ago when I decided to find her and apologize. I discovered all about your family, looked at your life through Facebook – that’s how I knew your name – and I read a news article about this park. A park named after my baby sis…. wow,” Sabrina stated, smiling again as she looked around. “I never got to apologize to her. I should’ve taken her side and fought for her.” 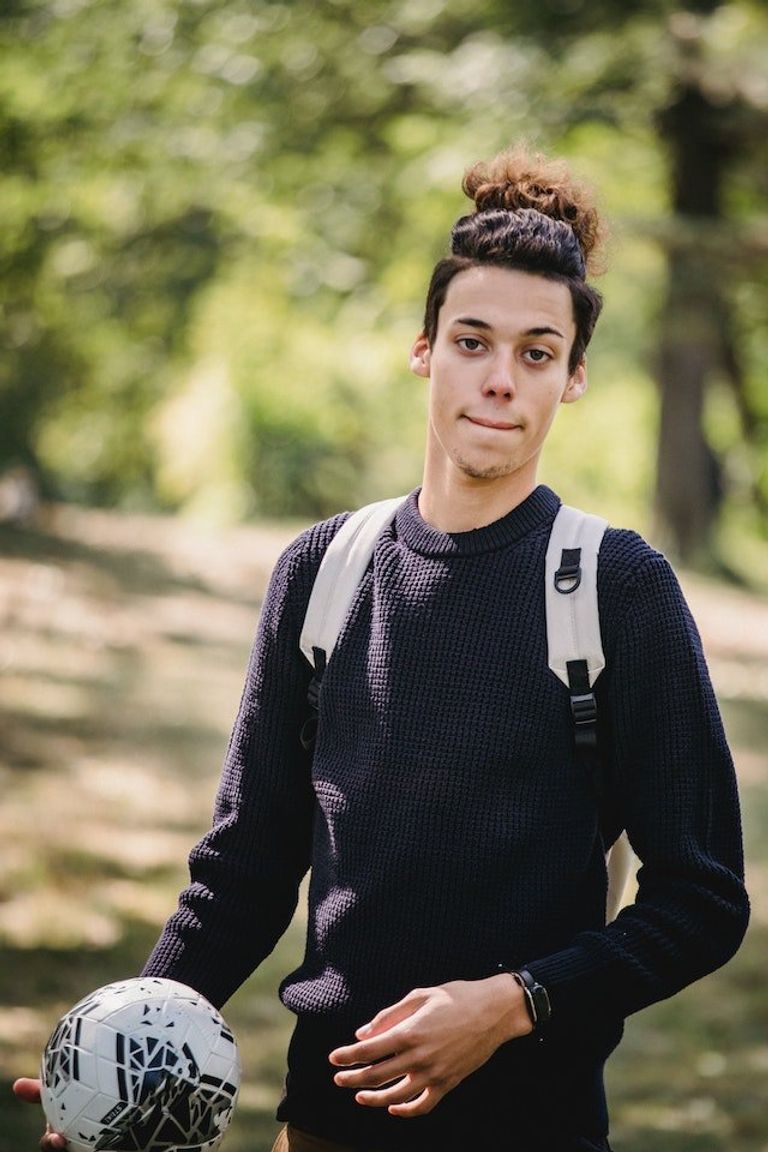 Ben followed her eyes and imagined what she was seeing. He thought about what to say. “I come here, and I feel her presence all around me. You can talk to her. I think she can hear us… somehow.”

Sabrina looked back at him with a thoughtful expression. “You sound like her…,” she said. “Can you tell me what you remember about her?”

That was a subject Ben was only too glad to talk about it, and they spent hours at the park remembering Lily.

Later, he invited her to his house to meet his dad, and they had a great dinner. Sabrina asked Ben if they could keep in touch, and he couldn’t say no. He also wanted to meet his cousins and visit Arizona one day.

Before Sabrina left for her hotel, she turned back to Ben. “Hey, kid.”

“You take on the world. Fight for our planet… like I know she would’ve,” she stated, her lips trembling with emotion. 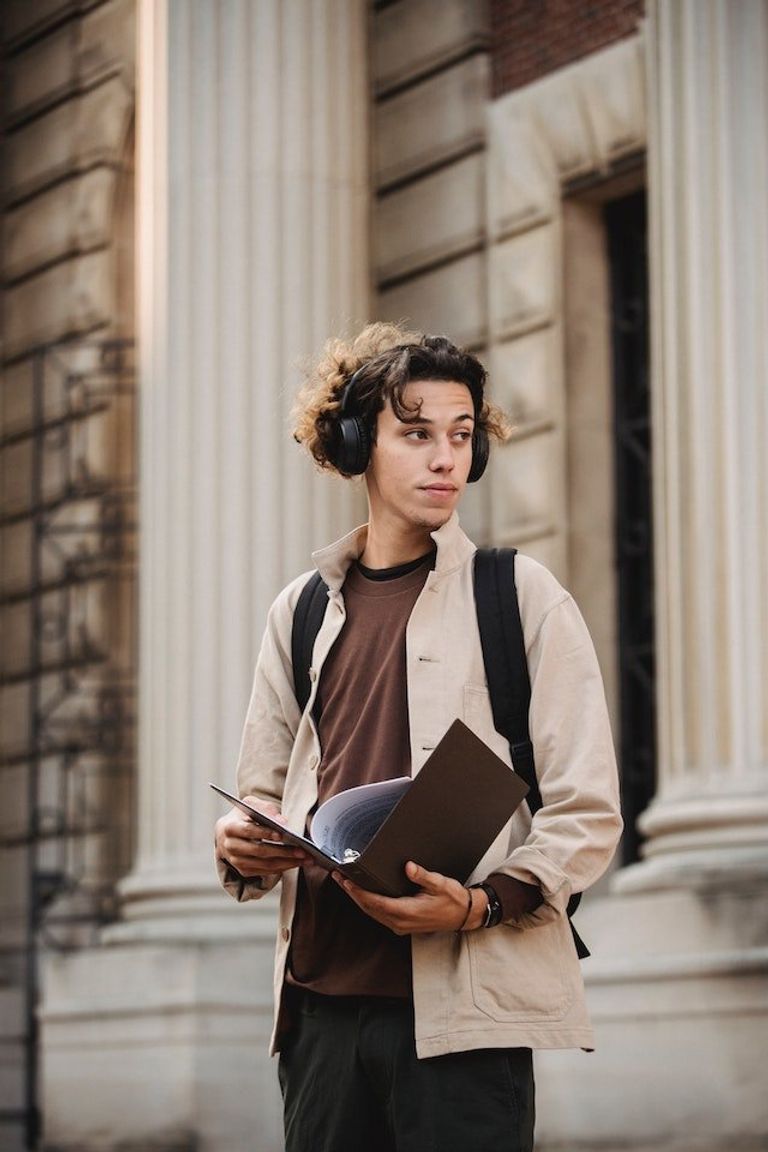 Ben closed his eyes and opened them a few seconds later. “Yes, ma’am.”

Honoring your late parent is a great way to find peace and feel connected to them. Ben planted all those trees to feel close to his mother, not knowing it would also connect him to her estranged family later.
Fight for what you believe in. Lily cut off ties with her family to fight for her beliefs. After she died, Ben decided to continue her cause.
Share this story with your friends. It might brighten their day and inspire them.

If you enjoyed this story, you might like this one about a grieving boy who was called to the principal’s office for bad grades and saw his late mom’s photo there.