Prince Charles initially proposed to Princess Diana in 1981 without a ring; however, after she said yes, he asked her to choose the ring she wanted, and she decided on a sapphire piece.

However, the Royal family did not like Princess Diana’s choice because it was available for public purchase. Even after their divorce, she wore her ring out of respect for her sons but stopped wearing it right before her death in 1997.

After her death, Princes William and Harry inherited her things, including her ring and watch. When Prince William decided to propose to Kate Middleton, Prince Harry gave him their mother’s ring in exchange for her watch.

Prince Charles was already interested in Diana before she decided to stay with her sister at the Balmoral as her sister’s husband was an assistant private secretary to the Queen.

While she was there, Prince Charles invited her for a walk and a barbecue. Their relationship built up from there. One day, Prince Charles rang Diana and told her that he had something to ask her.

Diana instinctively knew what he wanted to say, but she also knew there was another woman in his life. The next day, she went to Windsor to meet Prince Charles. 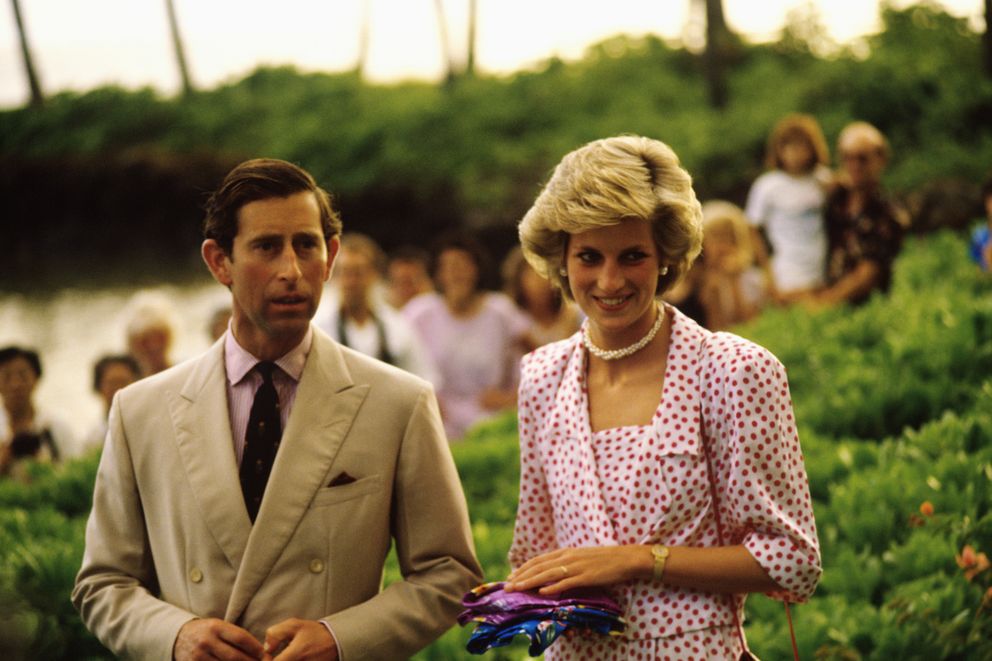 On her arrival, he told her how much he had missed her before asking her to marry him. Diana laughed at him, thinking it was a joke, and when she realized he was serious, she said yes even though he did not have a ring with him.

After the press announced their engagement and Diana had moved to Clarence House, she had to choose her engagement ring in February 1981.

Prince Charles presented a tray of rings to Diana from the then crown jeweler, Garrard. She chose a 12-carat Ceylon sapphire stone ring surrounded by 14 diamonds set in 18-carat white gold. 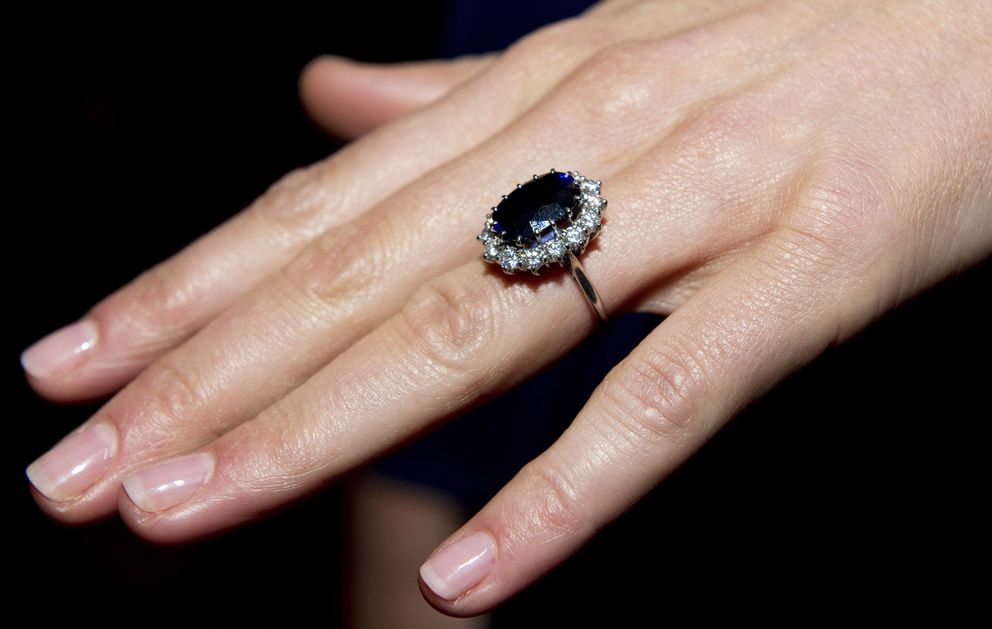 The ring was already in the jeweler’s catalog, and because it was not bespoke, some royal family and critics were unhappy with Diana’s choice.

Even though they considered the ring not to be unique, Diana loved her choice and continually wore it even after her divorce from Prince Charles. 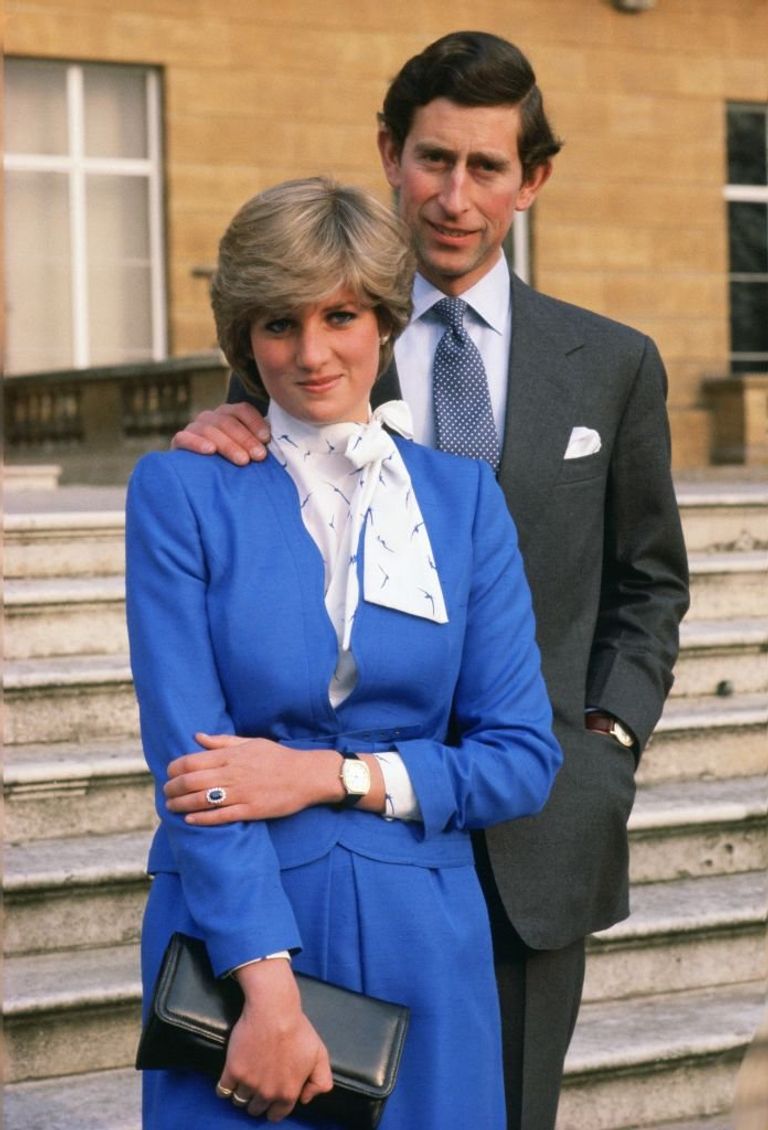 In November 1995, after Princess Diana’s interview with BBC’s Panorama, the Queen requested that she and Prince Charles make their separation official.

Princess Diana announced via her spokesperson that she had agreed to the divorce on February 29, 1996. After their divorce, Princess Diana kept her title as Princess of Wales but gave up the title of Her Royal Highness and future claims to the throne. 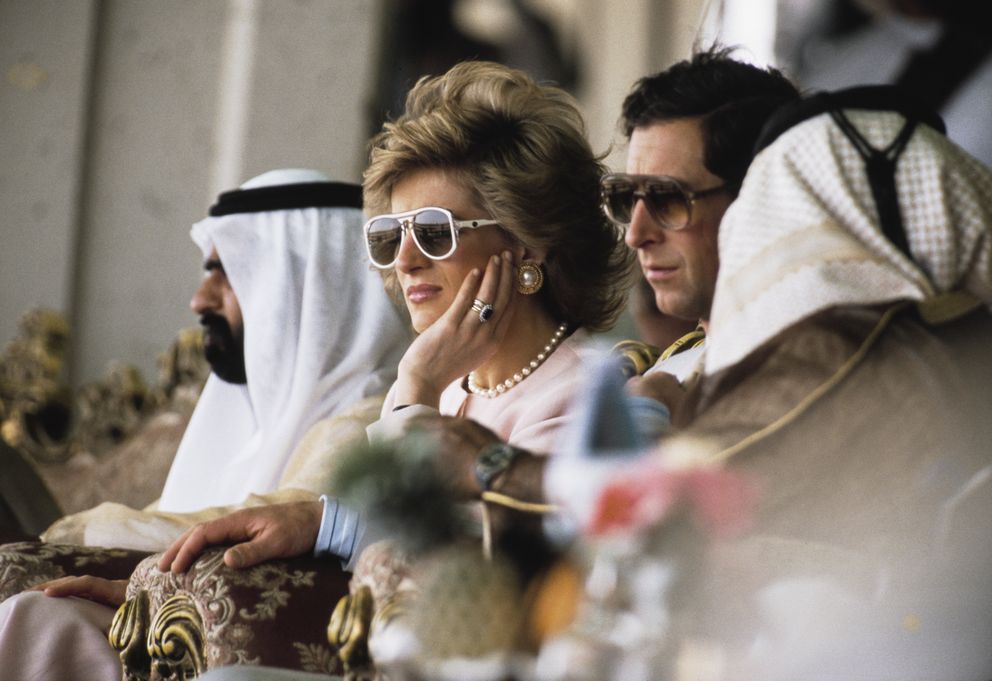 As part of their divorce settlements, she kept her apartments at the palace, had access to the royal jets, and got permission to use the state apartments at St. James’s Palace for entertaining.

Princess Diana received a lump-sum payment instead of regular alimony checks. In addition, she and Prince Charles got equal access to their kids.

Losing her title as Her Royal Highness meant Princess Diana would have to curtsey in the presence of her children. Seeing how hurt she was, Prince William promised to give his mother back her titles once he became a king. 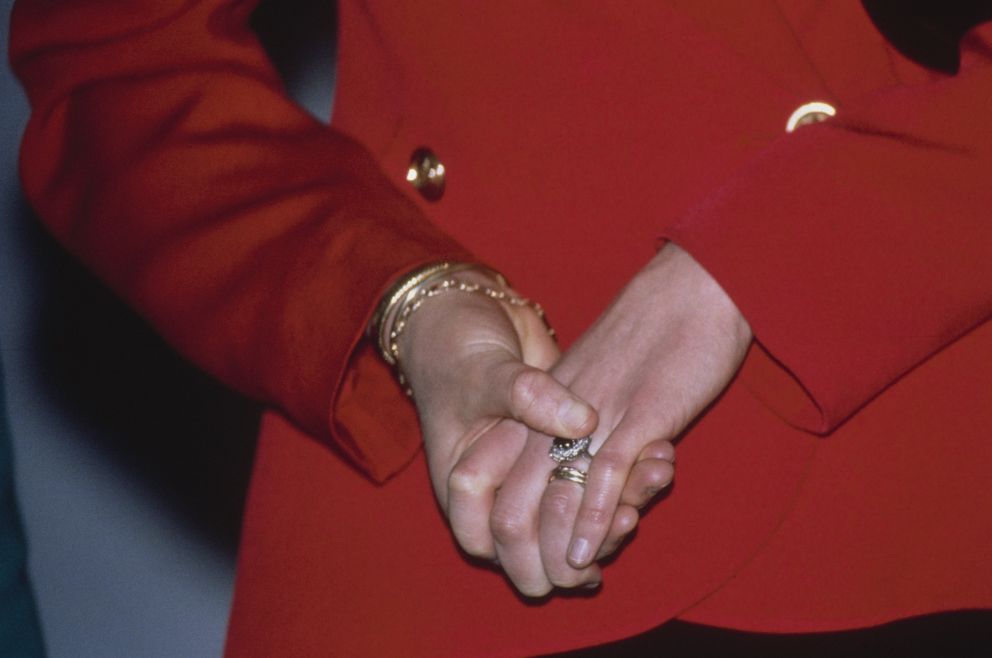 The divorce was not made final until August 28, 1996. A few days after their official divorce, Princess Diana continued to wear her rings out of respect for her sons during the waiting period.

The last time Princess Diana wore her rings in public was on September 5, 1996. Her bands were noticeably absent when she appeared on the red carpet at a film premiere in London two days later.

On August 31, 1997, while trying to flee from a swarm of paparazzi who pursued the Mercedes in which she and her companion Dodi Fayed were in, they met their tragic fate in a car crash. 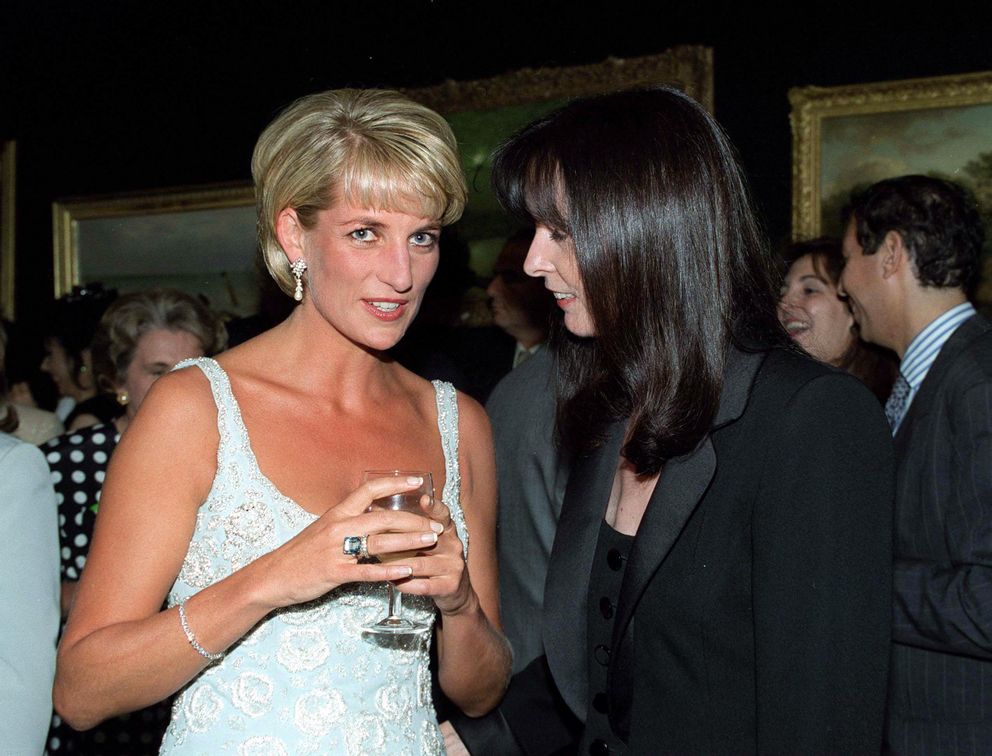 PRINCES HARRY AND WILLIAM, ON THEIR MOTHER’S DEATH

Princes William and Harry were left ‘completely numb’ when they heard their mother had died in a car crash in Paris. Prince Harry revealed that he was in ‘disbelief’ and refused to accept the news, while Prince William asked himself, ‘why me?’

After her death, Princess Diana reportedly left $10 million after taxes for her sons, and they started receiving annual dividends at 25. 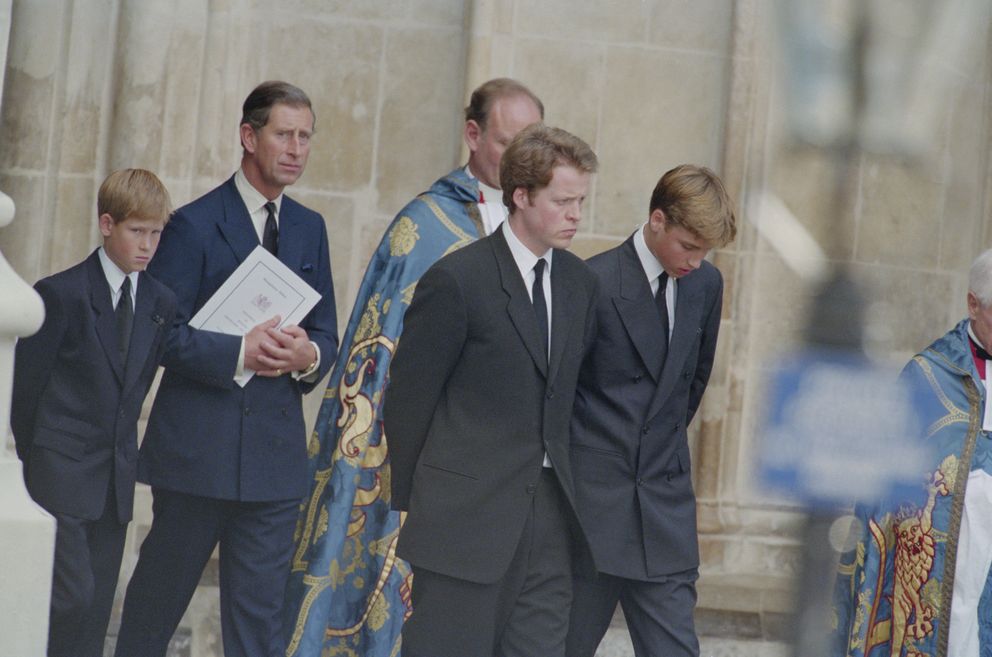 Her instructions stated that they would get the total amounts when they turned 30. When Prince Harry turned 30, he reportedly received more than £10 million from her estate.

After their mother passed, they asked the princes to pick out some of her jewels, and Prince Harry chose the iconic $400,000 sapphire ring while Prince William picked a Cartier watch. 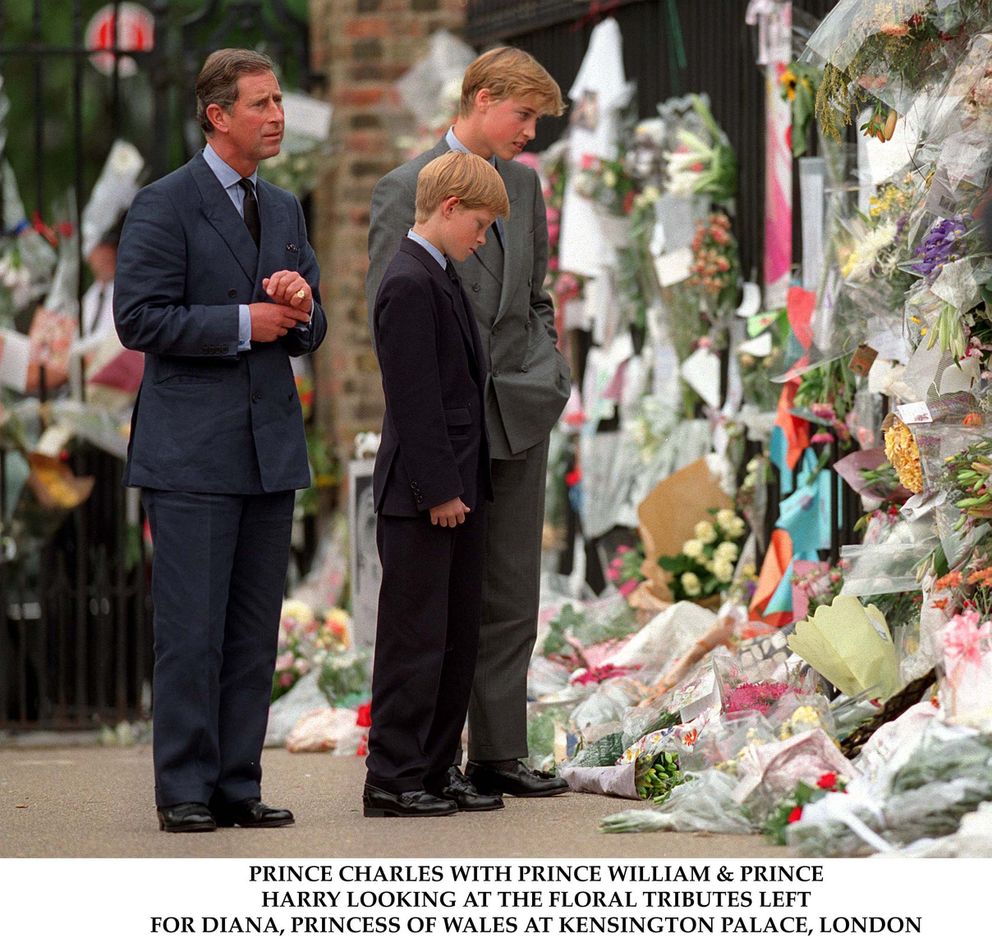 Prince William and Middleton met in their first year at St. Andrews University. They were both studying art history and often ran into each other. They built their friendship slowly over that semester.

Over a year after they met, romance blossomed between them, and while everyone was waiting for them to get engaged, the couple split after the Prince called it off after four years in a phone call. 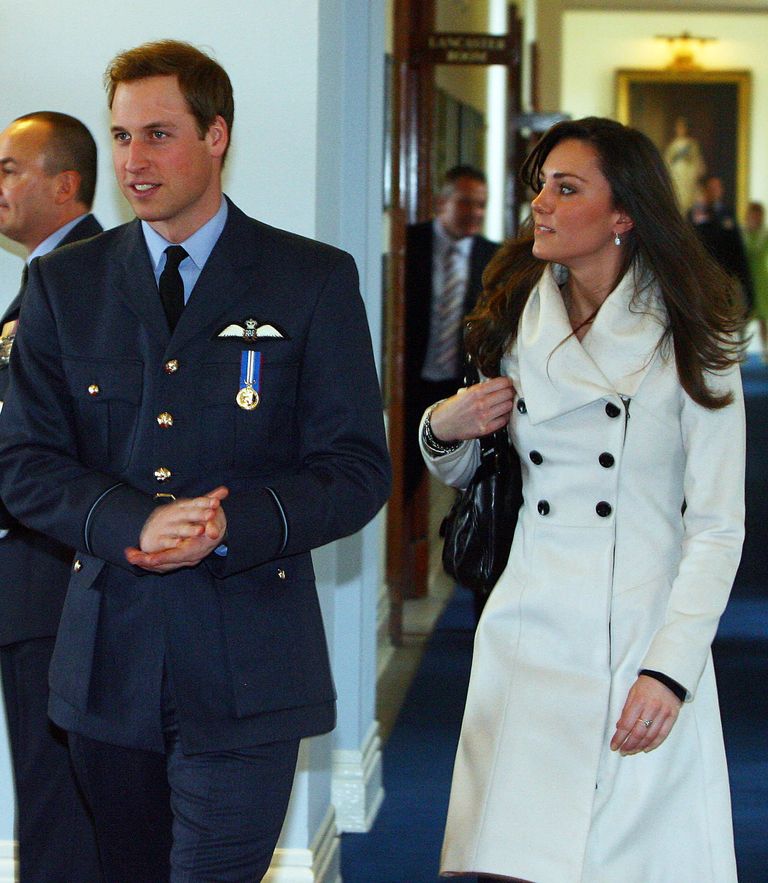 By the spring of 2007, the couple confirmed that they had split up after leaving University as they needed space. Middleton said,

“I wasn’t pleased about it, but it made me a stronger person.”

After a brief breakup, their mutual friend, jockey Sam Waley-Cohen, invited them to a party with the theme, “Freakin Naughty.” 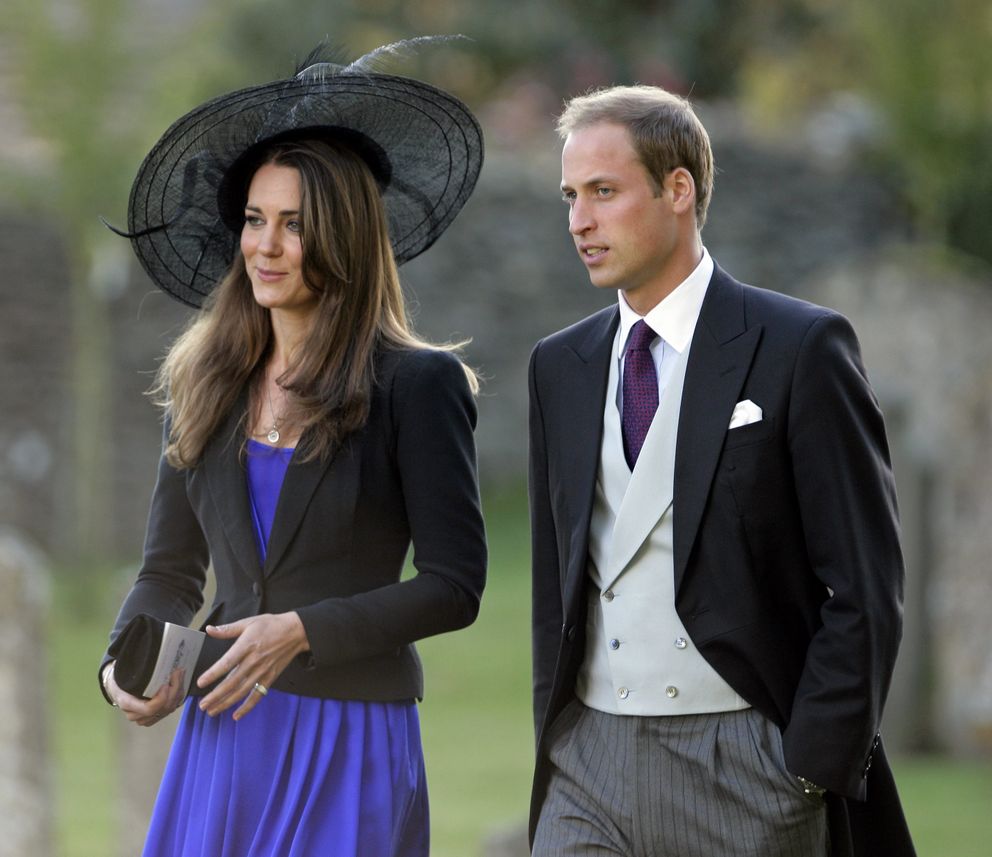 For the party at his family’s 17th-century mansion in Oxfordshire, Prince William wore short shorts and a police helmet while Middleton dressed up as a nurse.

That’s selfless, kind, and exactly who Diana was.

They reconnected and chatted at the party before vacationing together in the Seychelles weeks later. 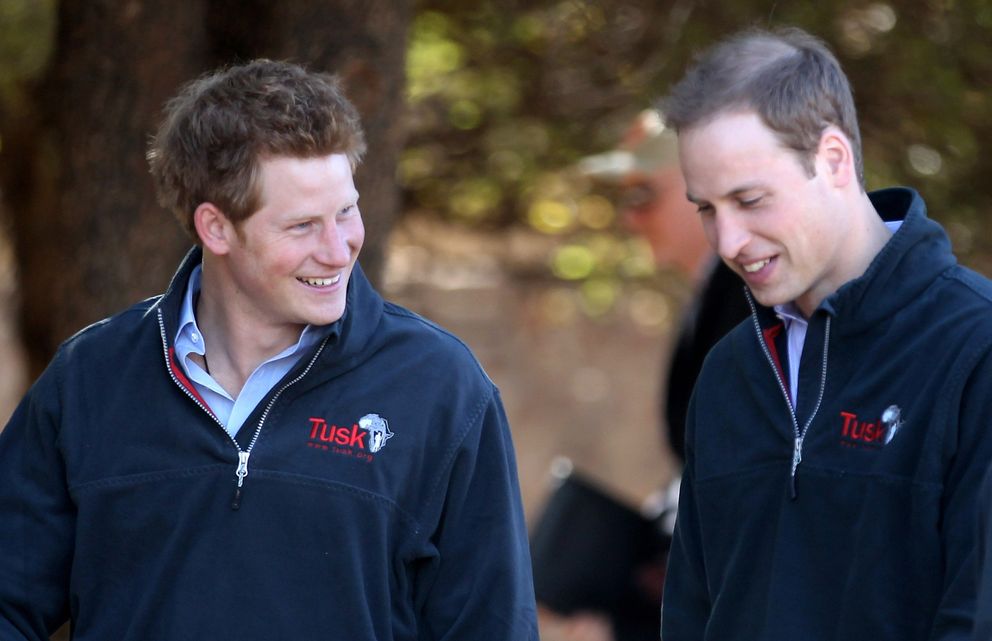 After the brothers inherited their mother’s heirlooms, there were reports that they made a deal that the first brother to get married would give their mother’s ring to his fiancée.

When Prince William told his brother that he wanted to propose, Prince Harry said to him that their mother’s ring would be perfect for the occasion. 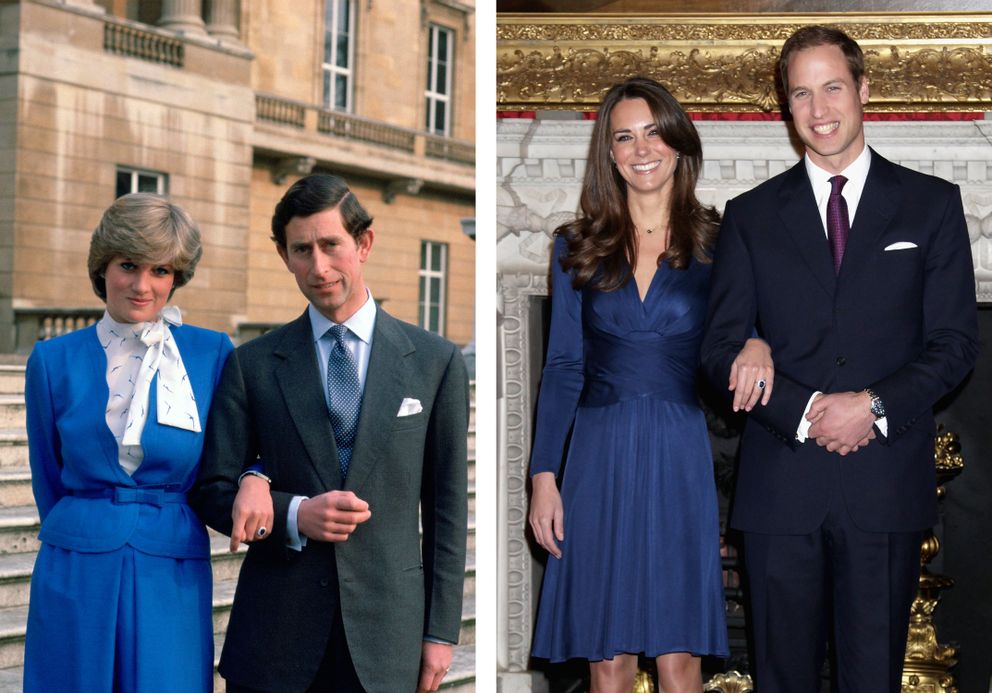 Prince William gave his brother the Cartier watch he had inherited in exchange for the ring. Their mother’s former butler Paul Burrell said,

“That one day that ring will be sat on the throne of England. Harry gave up his precious treasure. His one thing he kept from his mother he gave to his brother. That’s selfless, kind, and exactly who Diana was.”

In November 2010, while they went on vacation with friends, Prince William proposed, and Middleton, who never expected it, said yes to him. 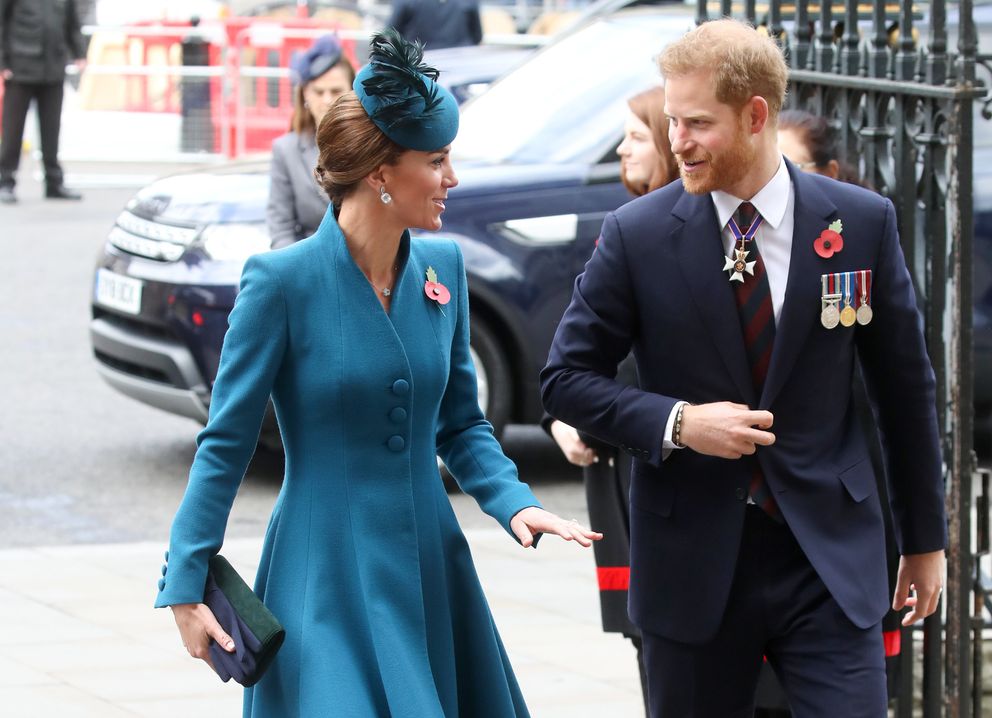 Even though Middleton was in total shock, she was very excited. She said, 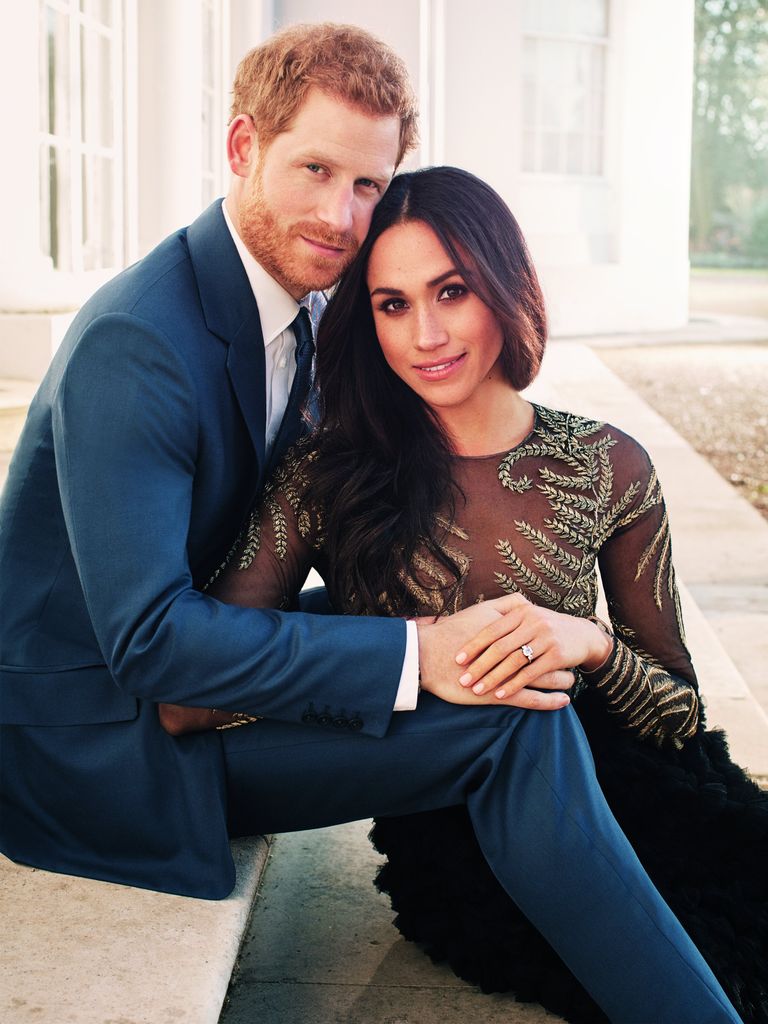 Prince Harry and Middleton were so close that he needed her approval before proposing to Meghan Markle. Middleton was like a mentor to him, and Prince Harry called her the big sister he never had.

With Prince Harry no longer in possession of his mother’s engagement ring, he decided to design the one he used in proposing to his wife over a chicken meal at Kensington Palace. 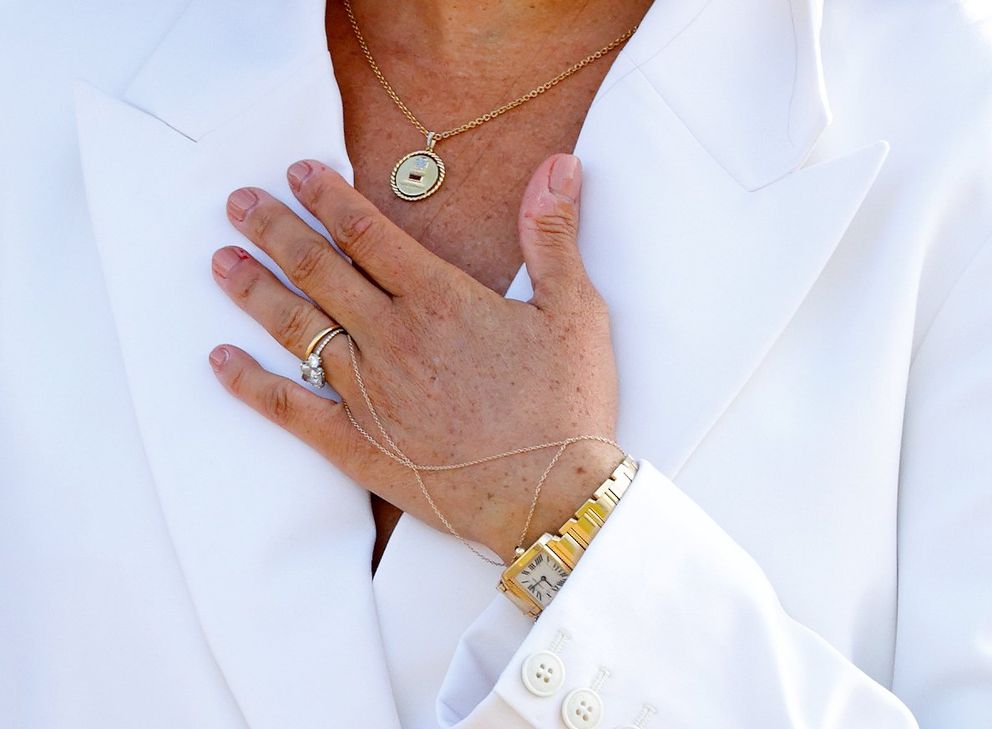 The ring he designed had a central stone from Botswana because the country holds a special place in his heart. On both sides of the main stone, he added two diamonds from Princess Diana’s collection. Markle said,

“Everything about Harry’s thoughtfulness and the inclusion of Princess Diana’s stones and not being able to meet his mum, it’s so important to me to know that she’s a part of this with us.”

Markle, who had always loved the Cartier French Tank wristwatch and even owned a two-tone version she bought for herself, received Princess Diana’s Cartier wristwatch as a gift from her husband.