Henry Winkler & Wife of 44 Years Enjoy Fishing, Grandkids & Each Other — He Still Recalls Her Look at 1st Meet

Henry Winkler and his wife Stacey have been proving for 44 years that true love exists. They have been through a lot but have stayed together – in sickness and in health.

Winkler met Stacey in 1976 when he was on the hit TV show, “Happy Days.” While at a clothing store, he noticed a redhead wearing purple parachute pants standing before him. He thought to himself, “Woah, beautiful woman standing in front of me,” but it would be a week before he spoke to her.

He came back to the store, and by chance, the beautiful girl was there again. He asked her to join him for a soda, and she declined. But she reconsidered, and they were soon having ginger ales across the street from the store. 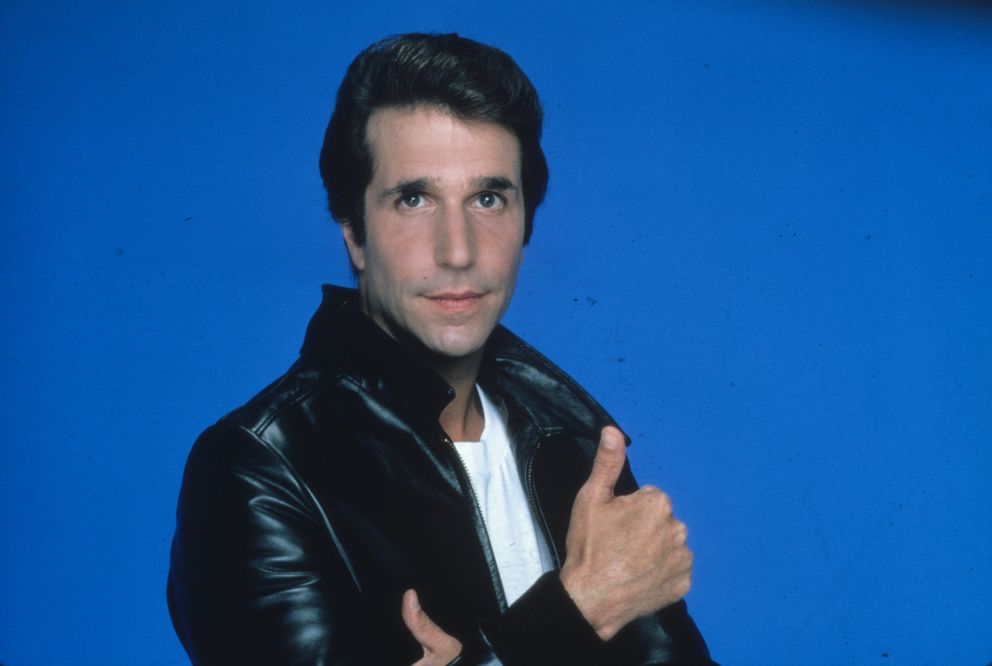 It didn’t take much more to be sure that they belonged together. Moving fast, the couple moved in together after a few weeks. Stacey brought her son Jed who was four at the time, and two dogs. Being with a famous actor was an adjustment, as Stacey recalled:

“People would rush up to Henry and literally walk over my feet. One time I said, ‘You’ve just completely ruined my stockings.’ And this woman said, ‘But I love Fonzie!’ “

The move also brought big changes to Winkler, who had to “grow up” and become a family man. He and Stacey managed to keep their relationship under wraps for a while, but the actor was devoted to her and their son. The couple focused on building an impenetrable core for their family. 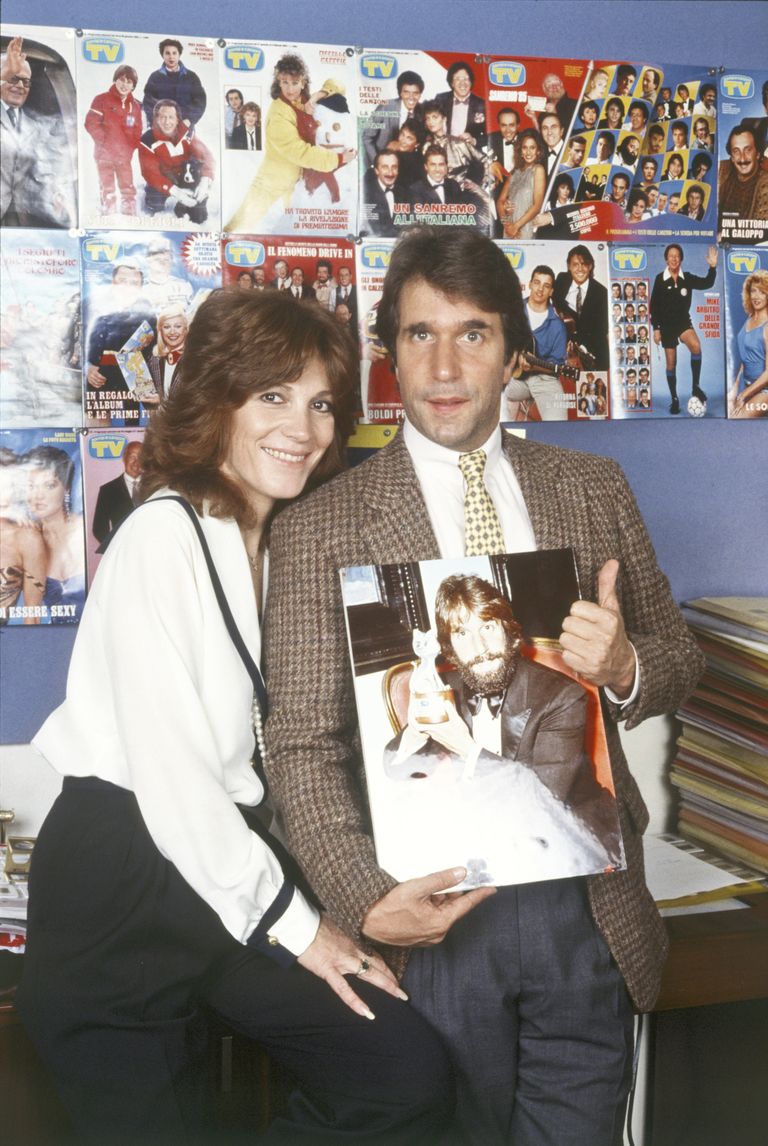 Stacey was a steadying influence on him. She was an NYU graduate who started her own fashion PR firm. Winkler described her as having an “iron will,” and her strength was one of the things that attracted Winkler to her.

Stacey was diagnosed with breast cancer in the late 1990s.

Though Winkler had been wary of matrimony, he had found the one he wanted to spend the rest of his life with. Two years after their meeting in that Beverly Hills store, they got married at a synagogue in New York. They welcomed two more children into their home, Zoe, who was born in 1980, and Max, in 1983. 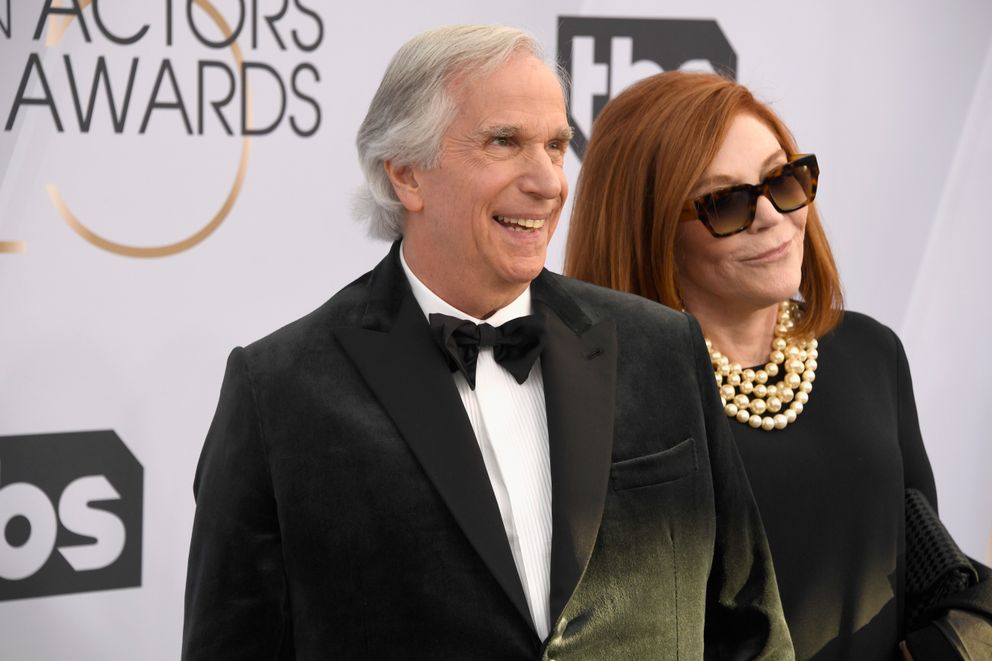 Together, the couple raised their children as Winkler continued to dominate Hollywood. Winkler and his wife put in the effort to have a great relationship. When asked about what it takes to stay married after 44 years, Stacey advised:

”It does take work. There are glitches in the road, and you get a little off kilter, but if you have the ability and the stick-to-itiveness based on love, then your friendship and your relationship only gets better.”

Zoe, who, like her father, suffered from dyslexia, achieved her dream of becoming a teacher. Max followed his dad into show business, writing, directing, and producing. 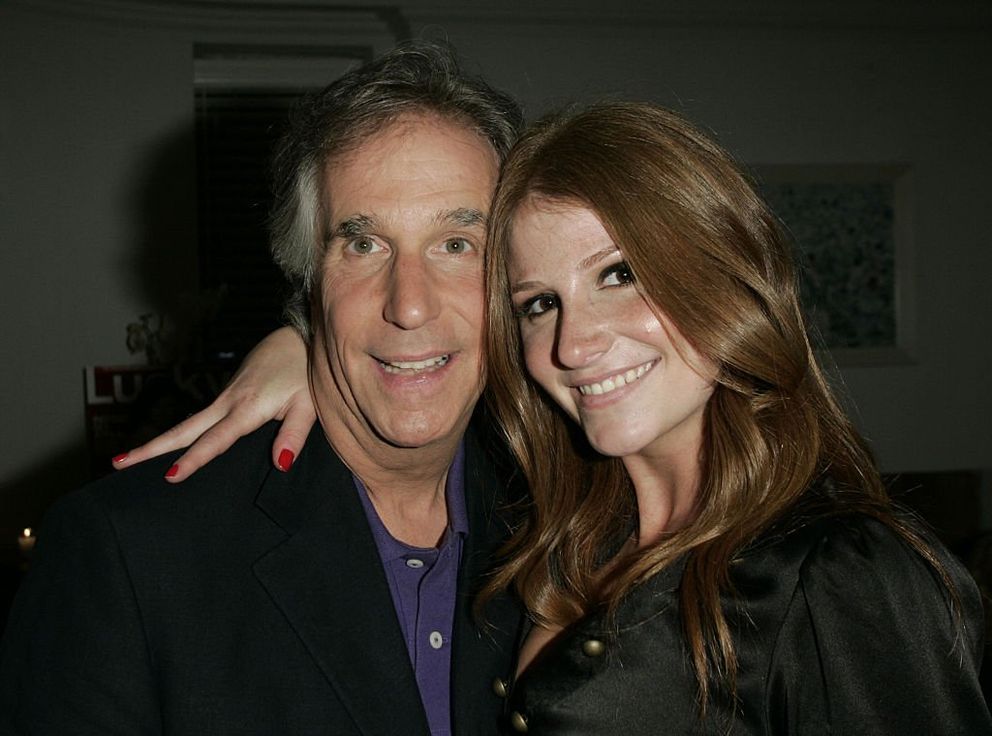 Besides the strain of fame, another challenge that the Winklers had to endure was illness. Stacey was diagnosed with breast cancer in the late 1990s. She went through treatment and was in remission until the disease returned in 2001.

Winkler said that his wife was as beautiful as the day they were married.

The second time, the mother of three had a double mastectomy. Coupled with other interventions, she recovered and has been cancer free since. That season brought the Winklers closer together and inspired them to live life to the full. 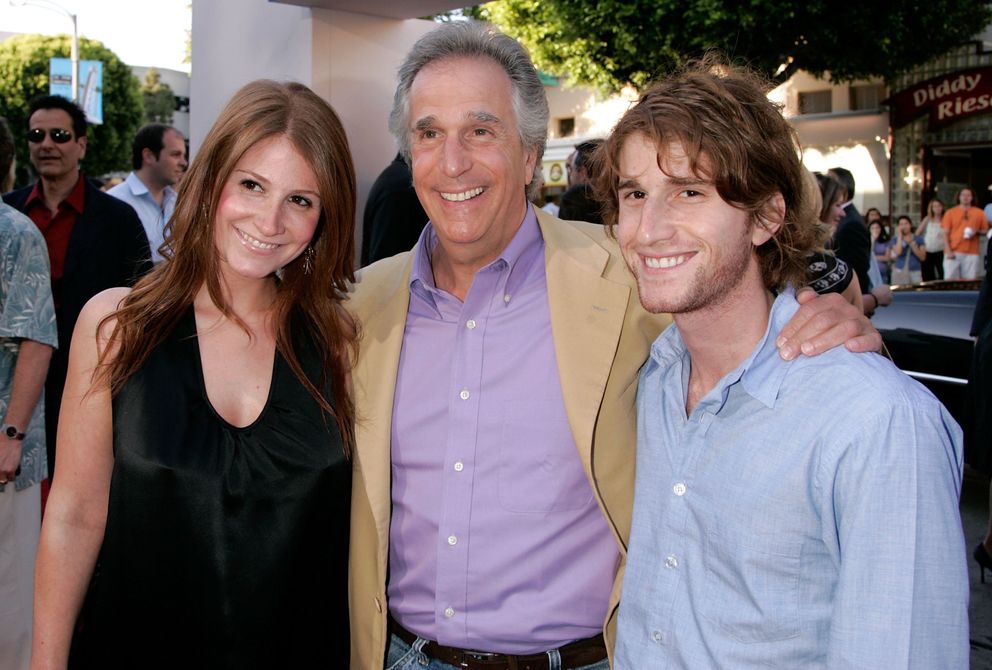 The 77-year-old actor and his wife, who is now 75, are enjoying their twilight years. Their experiences have taught them to live and love fully because tomorrow is not owed to anyone. Listing some of the pleasures that they enjoy, Winkler said:

Speaking to James Corden, host of “The Late Late Show,” Winkler said that his wife was as beautiful as the day they were married. Their daughter Zoe said their love inspired her to want to get married and have a relationship like her parents. She wed Robert Reinis in 2009. 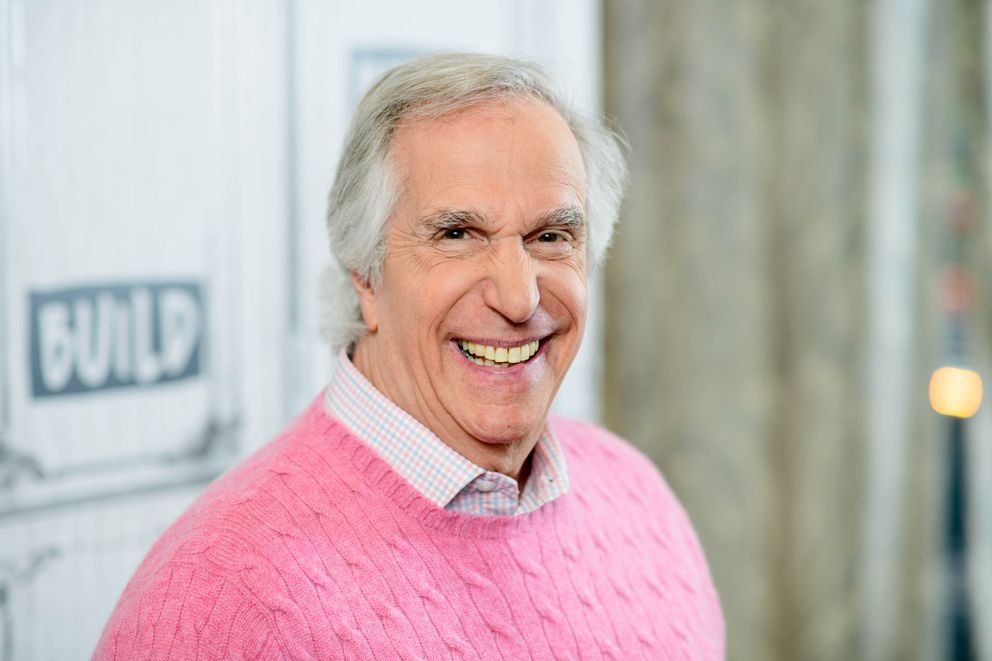 Stacey and her husband are also doting grandparents to five grandchildren, who they admit to spoiling as much as possible. They love to watch them and partner in any mischief that their children would not approve of like endless hot fudge sundaes. Speaking about this stage in his life and career, Winkler said:

The Winklers just enjoy each other even after all these years. The love to spend time together just talking or taking in a movie. They are avid fly-fishermen and love to be out on the water. 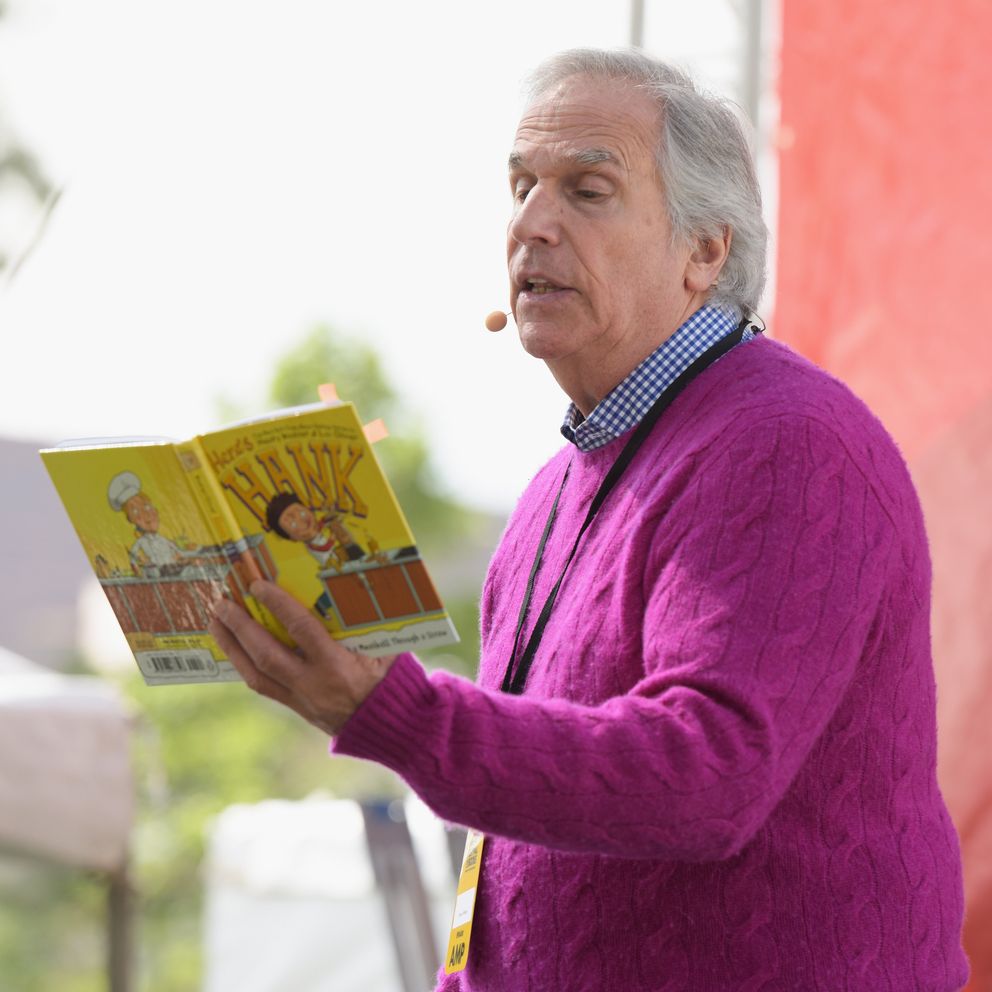 The actor continues to share his gift with the world, appearing as Gene Cousineau on the HBO crime show “Barry.” After his iconic role in “Happy Days,” he made a concerted effort to leave that iconic role behind and pursue a wider variety of roles.

Henry Winkler continues to amaze and impress as an actor, an author of over 30 books, and a family man. Winkler and his wife have stuck together through the tough seasons and are leaving a legacy through their children and grandchildren.