Feuzi Zabaat, 17, is an angel on earth. He was doing his usual business when something shocking happened, forcing him to act quickly.

The teen looked up and noticed a child wandering close to the edge of a window. He realized she might be in danger, but what happened next still left him and countless bystanders stunned. 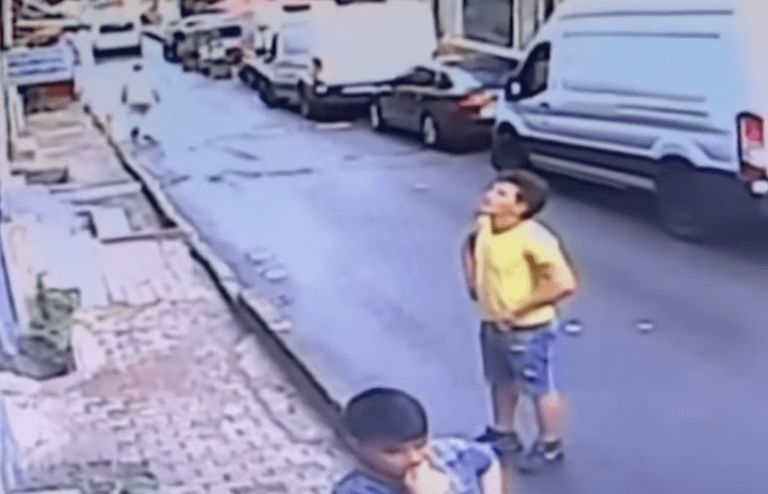 Zabaat kept his eyes on the second-floor window of the apartment block where two-year-old Doha Muhammed was carefree and happy in her family home.

Muhammed’s mother was reportedly in the kitchen on an ordinary day in 2019 when the little girl wandered too far over the edge, falling head-first out of the window.

Crowds of people gathered around the duo after the unbelievable experience. It was unexpectedly captured on CCTV, and the footage went viral worldwide. The clip also allowed Muhammed’s parents to witness Zabaat’s actions.

The Incident Shocked Many People

The dramatic moment was over within seconds, but the scenes left everyone speechless. The brave 17-year-old positioned himself to catch the little girl and wasn’t overcome by the shock he felt. She fell fast and was headed straight for the concrete.

If not for Zabaat, little Muhammed might have been seriously injured or worse. Thankfully, she landed in Zabaat’s arms, and he shielded her from any harm.

Immediately after the fall, her selfless rescuer wasn’t finished displaying his kind and caring nature—what he did next touched many hearts. 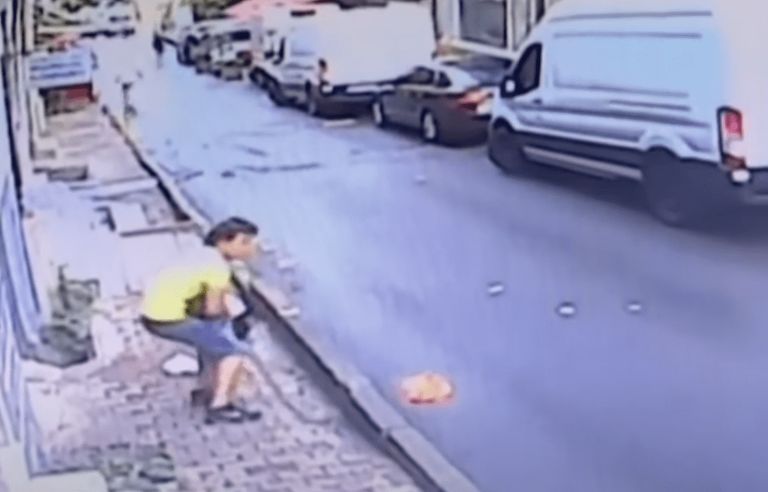 The Algerian-born teenager consoled the little girl instinctively, cradling her in his arms and ensuring she was okay. Despite his shock, he prioritized Muhammed’s needs and did everything possible to stay calm and focused on her.

Crowds of people gathered around the duo after the unbelievable experience. It was unexpectedly captured on CCTV, and the footage went viral worldwide. The clip also allowed Muhammed’s parents to witness Zabaat’s actions.

The family was in awe and eternally grateful to the teenager. They gifted Zabaat 200 Turkish Liras (about $10,73) to say thank you. 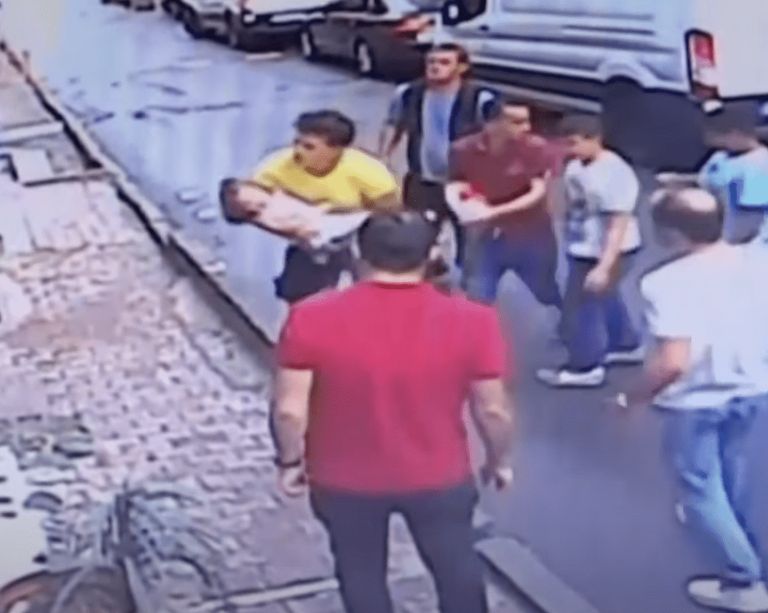 He Saved Her Life
The teen worked in a frame shop in Istanbul, Turkey, and never imagined he would get so much online attention following the incident. He was happy he managed to save the little girl, which was rewarding enough for him.

The duo took photos later and enjoyed each other’s company. One day, Muhammed can watch the video and see how a kind stranger changed her life forever.

The Online Reaction
Netizens were stunned by the incident, and many shared their comments online. People praised the heroic teenager and asked “God [to] bless this boy” after his great deed:

“Saw that catch. Nothing short of amazing.”

“I believe God places us in certain situations at certain times of our lives, and you either “pass or fail.” The MAN passed with flying colors!!!!!!!!! Love to him and his family.”

“He was meant to be there! Job well done, young man. You were definitely her angel that day!”

“Not only does he save her from the fall. After the initial shock of catching her, he immediately pulls her up into a cradle hold and starts to comfort her. I don’t know whether he’s experienced with children or just instinctively good with them, but that small action following the catch takes him further up the amazing person scale in my book.”

“Thank God for him being there.”

Zabaat was in the right place at the right time, and his speedy actions made all the difference. While nobody knows what would have happened if he hadn’t been standing where he was on that fateful day, it is safe to say his positioning was miraculous.

Well done to him, and may he be rewarded for his deed! We wish the brave teen and the precious baby he saved all the best.

Click here for a story about another everyday hero. One six-year-old boy from Alabama displayed unbelievable bravery when he realized his sister was in danger.